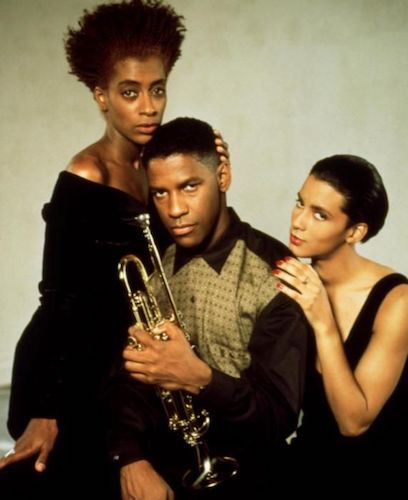 Mo' Better Blues is the 1990 follow-up to Spike Lee's commercial breakthrough Do the Right Thing. It's a lesser-known effort from Lee, and that's mostly understandable. Rather than build on the epic canvas of Do the Right Thing, he seems to be retreating to familiar themes. With its story of a self-involved jazz trumpeter who can't pick between two ladies, Mo' Better Blues often feels like a less narratively ambitious, gender-switched She's Gotta Have It.

However, Lee and his crew, including cinematographer Ernest Dickerson and the director's composer father Bill Lee, are more than happy to use this material to experiment and sharpen their tools. In other words, Mo' Better Blues is a film that looks and sounds fantastic, but doesn't really seem to have all that much going on.

Denzel Washington (in his first film of many with Spike Lee) stars as self-interested horn player Bleek Gilliam, whose Quintet (played on the soundtrack by the Branford Marsalis Quartet and Terence Blanchard) consistently packs crowds into a Harlem nightclub named Beneath the Underdog (after Charles Mingus's autobiography, in case you ain't hip). Bleek's band -- especially sax man Shadow (Wesley Snipes) -- are peeved because they should be making more money, but the tight-fisted club owners (John and Nicholas Turturro, swapping Jewish stereotypes for the usual Italian ones) won't renegotiate. The band's manager, Giant (Lee), is Bleek's childhood friend, but he doesn't have the clout or the smarts to get the band the payday they deserve. Giant is also in over his head with a bookie played by Ruben Blades; Samuel L. Jackson plays one of Blades's violence-prone enforcers.

All this is essentially background for a love triangle between the commitment-phobic Bleek, down-to-earth teacher Indigo (Spike's sister Joie Lee), and foooiiine young wannabe singer Clarke (Cynda Williams). All three participants (or is it four, counting the music?) have entered into this situation with eyes wide open, but that doesn't mean that feelings don't get hurt. At one point, Indigo tells Bleek that he is a "good doggy," but that he is a dog nonetheless. If we needed any evidence, Exhibit A would be the scene where both women show up to the club to see Bleek play, and both women are wearing the same dress he gave them each as a gift.

Spike likes to let his characters philosophize and pontificate -- bullshit, if you will -- which gives the film a likably loose, Cassavetes-ish flavor. For instance, the scenes of the band members ragging on each other and fighting feels like the cameras just rolled on an improv session. The downside of this approach is that the film feels exceptionally long at 130 minutes. The plot rarely deviates from where film-literate viewers will expect it to go, making some of Mo' Better's talky detours more patience-testing than they should be. But Spike seems to know how to focus his storytelling when he wants, and he manages to dovetail his subplots with his main story much more elegantly in this film than he does in some later overstuffed efforts.

Mo' Better Blues is the kind of mixed-bag film that quite often crops up in an auteur filmmaker's body of work. It's not totally successful, but it's so idiosyncratic and full of interesting elements, that it's a must-see for fans of the filmmaker. In the very least, the camerawork and lighting conceived by Lee and Dickerson is as sensually heightened and iconic as any frame in Do the Right Thing. And the music is so fiery that we can watch many of the extended staged performances (where Washington, Snipes, et. al. mime to a track) without squirming. If you haven't seen it, it's worth a watch. 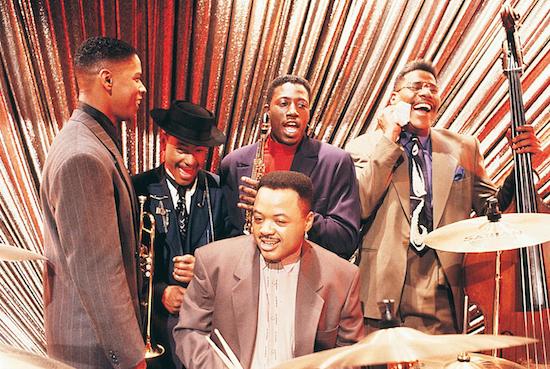 One gets the impression that this AVC-encoded 1080p 1.85:1 presentation is sourced from an old transfer. Colors are strong, and the image is generally clean, with a distinctly filmic look. But it could be sharper, and there is a persistent image wobble that gets more and less intense throughout the film, suggesting this is probably a basic flat transfer of a clean-looking print (maybe with off-kilter sporckets?). Could have used a little tweaking and correction.

The Audio:
No major complaints from the DTS-HD MA 2.0 stereo mix. The music is particularly well-supported. Optional English subtitles are provided.

- Vanity Fair writer Collins is clearly a fan. He admiringly talks about the film in the context of Spike Lee and Denzel Washington's career and offers an overall appreciation as the film unfolds. He's not too stuffy or rigorous, and he generally keeps chatting throughout the film. He's quieter in the final quarter -- but, hey, it's a long movie.

Final Thoughts:
Not exactly a misfire, Mo' Better Blues is an intriguingly bravura film that warrants a look. The cast is attractive and fun to watch. The photography and music are downright intoxicating. The story is... fine. If you want a technically superb movie to just hang out with for a few hours, this one comes Recommended. 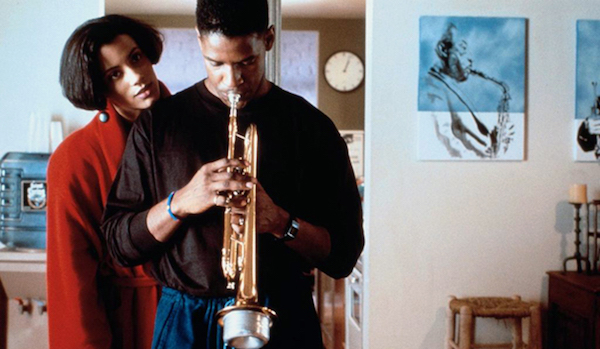