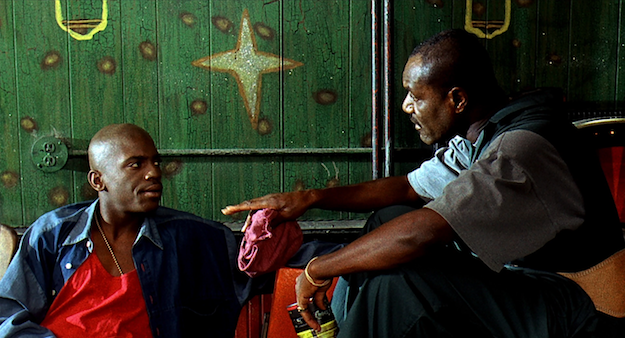 Clockers (1995) is Spike Lee's eighth film. It's the first "joint" (to borrow his preferred descriptor) that Lee made that could be characterized as a Hollywood genre flick, albeit one as idiosyncratic as its director. Based on a novel by Richard Price, Clockers was originally developed as a project for Martin Scorsese to direct (Scorsese and Price worked together on three earlier projects), before Scorsese switched his focus to Casino. Scorsese stayed on Clockers as producer, and Price gets a co-scripting credit, but Lee clearly shaped the material to suit his style and political interests.

Price's novel is known for being detailed, carefully illustrating the way that street drug dealers (the "clockers" of the title) move their product while also illustrating the way the police department investigates and trips them up. The film still has some of this, but Lee seems far more interested in the ecosystem of the Brooklyn housing projects where the film is set, examining how the drug trade cyclically feeds on the young men who live there and too often leads them to senseless violence. In other words, Lee has made a crime investigation film that frequently detours away from the investigation because it has bigger thematic fish to fry. This approach leads to some draggy stretches mid-movie -- not uncommon in Lee's work -- but it also makes for something much richer than a standard police procedural.

At the center of Lee's story is Strike (Mekhi Phifer), an up-and-comer in the crack-slinging operation of local big shot Rodney Little (Delroy Lindo). Even though Strike is about a minute older than the kids Rodney recruits from his neighborhood candy shop, he is already hardened and worn out from his time spent manning the benches outside the projects. To underline the point that this work is killing him, the character is given a bleeding ulcer that frequently causes him to cough up blood. 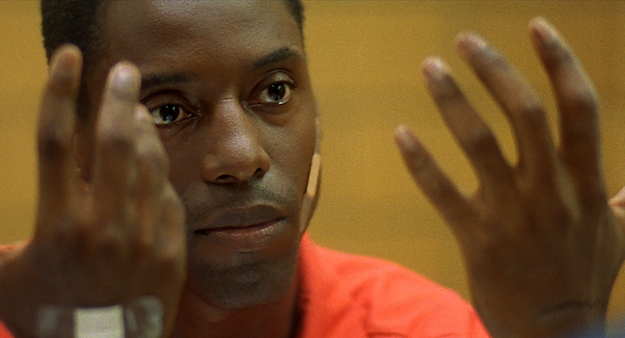 Rodney offers Strike a chance to get off the benches, but only if he kills another clocker who has been stealing. Before Strike does the deed, he meets up with his straight-arrow brother Victor (Isaiah Washington) at a nearby bar. Strike feeds Victor a line that the man he needs dead is a scumbag woman-beater, and asks if Victor knows someone who can do the killing. The film elides over the actual murder, creating space for a mystery that Harvey Keitel's crusty detective Rocco Klein feels determined to solve. Rocco's partner Larry (John Turturro) is more than happy to close the case when Victor steps forward and confesses to the shooting, but Rocco presumes that Victor is covering for his brother.

But this plot isn't what makes Clockers a standout film. It's the world that Spike Lee creates within this neighborhood, geographically not that far from the brownstones of Do the Right Thing but seemingly within its own bleak parallel orbit. The benches where Rodney's crew operates is not only a place of business, where young black men sell drugs to young well-to-do white men (along with the expected assortment of hard-luck neighborhood junkies), it's a battlefield. From his post, Strike is manhandled by racist cops, threatened by psychopath Tom Byrd, scolded by Regina Taylor (as the strident mother of a boy he's trying to make his apprentice), and lectured by neighborhood officer Keith David on a pretty much daily basis. 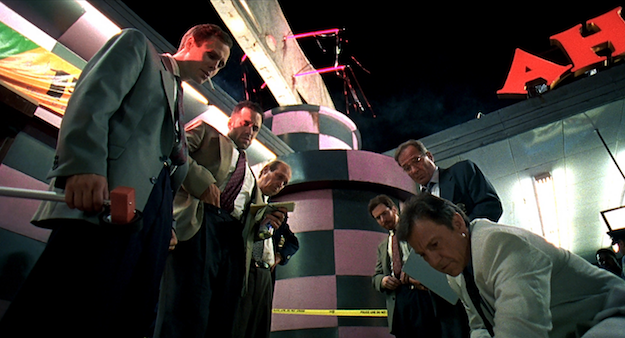 The film is sympathetic to Strike, but makes it clear that he has brought these troubles on himself through the decisions that he has made. There's no film noir nihilism here; this is a crime drama with a strong moralistic streak. And the film is unafraid to declare outright what is good for black people and what is bad for them.

That's arguably part and parcel of the Spike Lee package. Too much subtlety and you might not get the point, so why chance it? It's the sensibility that gives us a masterful and impossible-to-shake crime scene sequence, where Keitel, Turturro, and a crew of other white cops make off-color jokes and manhandle a black corpse as they search for bullet holes. But it also leads to some tin-eared scenes about the evils of gangsta rap and violent video games.

While the script might suffer from a few too many of these sermonizing indulgences, the film is so well-crafted in its other aspects that it can't help but soar. The ensemble cast is note-perfect. Mekhi Phifer makes a powerful big screen debut, Isaiah Washington is startlingly soulful as his brother, and Delroy Lindo simmers with intensity as Strike's malevolent father figure. Malik Hassan Sayeed's cinematography crackles with electricity and invention, incorporating different film stocks, different levels of grit and grain, and super saturated colors. The soundtrack is a killer mix of hip-hop, R&B slow jams, and Terence Blanchard jazz score.

Spike Lee's later flirtations with the crime genre, 25th Hour and Inside Man, proved more successful financially, but Clockers remains a gritty gem in the filmmaker's wild and woolly body of work. 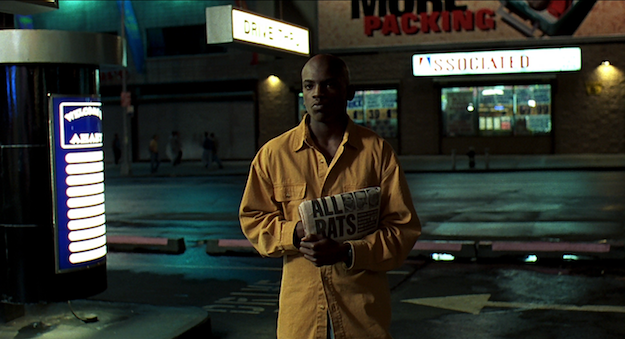 The Video:
A vibrant AVC-encoded 1080p 1.85:1 presentation that is probably sourced from an old transfer, but one that's not awful. With the variety of film stocks employed and wildly differing levels of grain and contrast, this is a strong encode. It's got its flaws nonetheless. Sometimes the grain is compounded by video noise and blockiness in the background, and sometimes the transfer lacks in crispness and clarity; but considering the amount of dark nighttime shots, there's a satisfying legibility throughout. And, in motion, many of the noise and clarity issues are easily missed.

The Audio:
The disc offers both DTS-HD MA 5.1 surround and DTS-HD MA 2.0 stereo mixes. Both deliver with no noticeable flaws. The surround mix isn't much flashier than the stereo. An optional English subtitles track is included.

- Vanity Fair writer Collins offers a more analytical take on this film than he did for Mo' Better Blues, even admitting the aspects that he feels do not work. It's definitely worth spending time with this commentary.

Final Thoughts:
Spike Lee's version of a police procedural is far from by-the-book, thanks to its filmmakers' stylistic chutzpah and the committed performances of an impressive ensemble. Like so many of Spike's films, Clockers is shaggy and overstuffed -- but, in this case, it is arguably to the film's credit. Often overlooked, but it comes Highly Recommended. 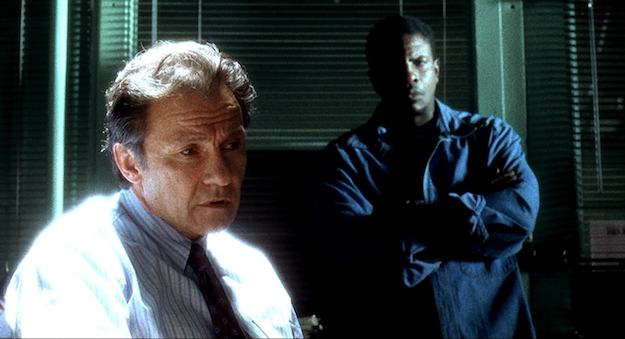