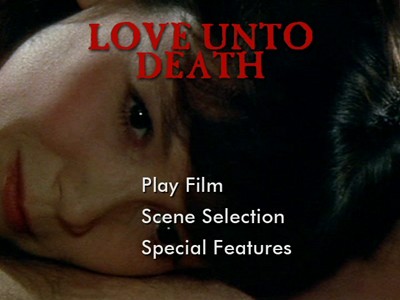 Director Alain Resnais and writer Jean Gruault begin their 1984 film Love Unto Death with an intriguing enough premise: Simon (Pierre Arditi) has collapsed in his home, and by the time his lover Elizabeth (Sabine Azema) can get a doctor (Jean Dasté), Simon has seemingly passed away. Within moments of his being declared deceased, however, Simon wakes up. All evidence points to him having actually died, including a vision of an afterlife, but he feels more fit than ever. Reinvigorated, he wants to tackle life as something new, finding new friends, new experiences, traveling the world with Elizabeth. Yet, the question of what happened to him also consumes him. He is increasingly morbid, as well as increasingly contentious with his friends Jerome and Judith (Andre Dussollier and Fanny Ardant), married Christian ministers who try to frame his experience in religious terms. Every answer leaves Simon unsatisfied, and he remains discombobulated, a man neither here nor there. Limbo on Earth.

There is a lot going on in Love Unto Death, a lot to be poured over. Renais and Gruault, who also collaborated on Life is a Bed of Roses with the same cast just prior to this, want to explore the age-old connection between sex and death, between the extremes of passion and the powerful emotions associated with the end of life. Casting two preachers as the foils gives them room to also deal with the greater implications, the idea of divinity and "the other side," including classical representations of resurrection such as Lazarus and Jesus.

It's all as heady as it sounds, and for most of the movie, too much so. Love Unto Death comes off more like an intellectual exercise than a fully realized movie. The script is structured as a series of short scenes, each separated by a divider that is either an entirely black screen or an image of a snowstorm against a dark sky, both coming complete with chamber music. These moments last ten seconds or so, which doesn't sound like much until you consider that they appear every couple of minutes. It's a tedious aesthetic choice, undermining any narrative cohesion the film may otherwise have. It's almost like the filmmakers outlined the major points of the movie on index cards and shot each card without ever bothering to figure out the connective tissue that might get them from one to the other. Cut to the snow, let the viewer sort out any more meaningful transition for his or herself.

There are good moments to be found in Love Unto Death, a handful of good ideas to cling on to. There is an intriguing mystery lurking in the midst of it. The lingering question of what really happened to Simon has dangerous effects on Elizabeth's psyche, and his past history, including his having abandoned his family, reveals a long obsession with death that suggests that what happened to him may have been just the kind of thing an already unbalanced person had been waiting for. There is also a fascinating debate about suicide that approaches the subject honestly and without the usual melodrama.

Yet, the scattershot filmmaking prevents Love Unto Death from ever becoming as engrossing as it should be. Maybe a little more melodrama wouldn't have been so bad. A philosophical discussion is fine in its place, but given that the movie is populated by people, the story of these characters is just as important as the meaning that Resnais and Gruault would like us to pull from it. In fact, their points should have even more weight because of the humanity that supports them, and the fantastic ensemble of actors is more than capable of delivering the content in an effective and affecting manner. (See my review of Mélo to read about a movie where they do just that.) It's one thing to be smart, but sometimes you have to get out of your head and give your heart the floor. Particularly when you're dealing with topics like love and death.

Granted, that could be the idea. Maybe Resnais and Gruault wanted it to be cold and intellectual, completely divorced from the histrionics that come with these things. If so, I guess bravo for them, but I found it to be alienating rather than involving. 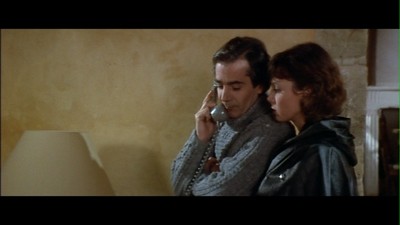 Though the Love Unto Death DVD actually came out in 2008, this copy of the movie was sent out for review in anticipation of Kino's bundling of four of Resnais' 1980s movies into the boxed set Alain Resnais: A Decade in Film. From what I can tell, these are the exact same discs, just now in a box. DVD Savant reviews the set here.

Video:
Love Unto Death was shot at a 2.35:1 aspect ratio, and this disc's anamorphic transfer is about average, passable but not great. The grain on the image is indicative of the time it was shot and the film stock, but the shimmery blacks and the soft edges suggest there could have been some further tweaking. Outside of those complaints, everything is just fine. The colors are good, and there is no dirt or scratches.

Sound:
A basic mono mix keeps the original French soundtrack fresh and sounding fairly good. The optional English subtitles are mostly fine and easy too read, though there were a few noticeable typos.

Extras:
Kino provides us with the original theatrical trailer for Love Unto Death, as well as 21-minute interview with actor Pierre Arditi. Shot in 2002, the Resnais-regular talks about his work with the director, including the making of this film.

FINAL THOUGHTS:
Rent It. Though at times intellectually stimulating, Alain Resnais' 1984 film Love Unto Death is a case of really being too smart for its own good. Though it uses one man's seeming death and resurrection as a springboard for a philosophical exploration of the connection between love and death, the heavy emotions that come with those topics are all but dropped. This leaves the audience with a cold, often plodding, and aesthetically dogmatic picture that says a lot but not in a way that really makes us want to listen. 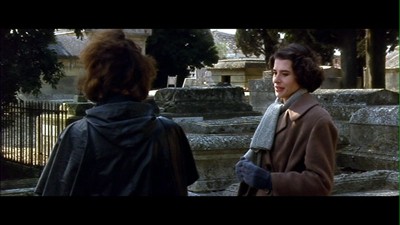