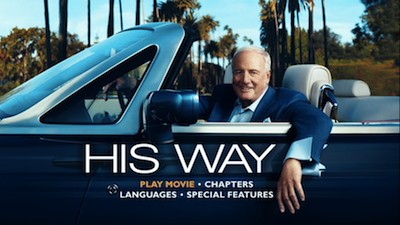 Jerry Weintraub's life is a great showbiz success story, one that could have easily been turned into a dramatic film like many of the motion pictures Jerry has produced. It's probably for the best that it wasn't, because the recent HBO documentary His Way gets us so much closer to the real man than any biopic ever could. Sure, George Clooney does a pretty impressive imitation of the producer, but he's still Clooney doing Jerry Weintraub when no one but Jerry Weintraub can really do it exactly right.

His Way is a feature-length portrait of Weintraub. It is directed by Douglas McGrath, who knows a thing or two about biopics, having directed the Truman Capote movie Infamous. It features cameos from Hollywood luminaries like the aforementioned Clooney, Matt Damon, Brad Pitt, Ellen Barkin, Ralph Macchio, James Caan, and Steven Soderbergh, who is also a producer on the documentary. In addition to the actors, there are also businessmen, agents, and even President George Bush and his wife Barbara Bush. All know Jerry in some way, all have stories about him.

But none of their stories can match the ones Jerry tells himself. A kid from the Bronx who did an air force tour in Alaska, Jerry worked his way up through New York agencies before talking his way into a dream gig as a promoter: he worked with Colonel Tom Parker to set up a massive cross-country tour for Elvis Presley. (I'm not sure at what point in Elvis' career it was; if the movie has one failing, it doesn't always give an accurate sense of when stuff happened.) Deals with Sinatra, Neil Diamond, and John Denver followed. After a falling out with Denver, Jerry moved into producing movies, beginning with Robert Altman's Nashville. Later hits included The Karate Kid and Diner; his flops were massive, nearly ending his career in the late 1980s. The Ocean's 11 remake brought him back from the brink. Unsurprisingly, one of the best sequences in His Way features the principle cast from Ocean's sharing stories about pranking Jerry.

In a lot of ways, His Way reminds me of another recent HBO documentary, Public Speaking, Martin Scorsese's profile of writer Fran Lebowitz. Both are small documentaries by big-sized directors that mine their material by letting the subject speak for his or herself. Where McGrath maybe outdoes Scorsese--or just got luckier--is that Jerry Weintraub's wife since 1965, Jane Morgan, is quite the raconteur herself. She regularly offers her side of the story, and McGrath cuts their monologues together to create a back and forth, the pair finishing each other's sentences as longtime spouses often do. This gets even more interesting as we learn about the unique openness that has kept this marriage alive for the past twenty years.

At the outset, His Way establishes that Jerry Weintraub is a hell of a salesman, and for a fast-paced 85 minutes, the documentary proves this to be true. Throughout, Jerry sells himself. He does it subtly, without barely trying, he's just being who he is, effectively talking us into buying all the stories of his life. If you like show business and the large personalities that thrive within it, then you'll find His Way to be a cracking delight. 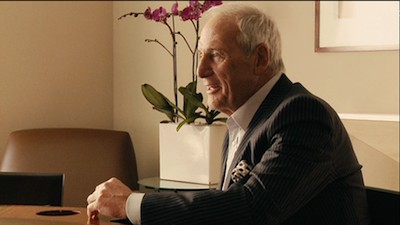 Video:
His Way is shown on DVD as a widescreen image, anamorphic, 16:9. The picture quality is pretty strong, with good rendering and only occasional fuzziness. Vintage clips are worked in nicely with the new interview material so that they all appear of one piece.

Sound:
The 5.1 audio is maybe a bit of overkill, this is mostly talking heads, but regardless of who is speaking, their words are always clear. Likewise, when we hear Elvis or John Denver or the Chairman of the Board singing, the music really pops.

A Spanish stereo mix is also available, as is English Closed Captioning.

Extras:
One extra scene is included: two-minutes of Jerry telling a very funny story about the first job he had when he got out of the U.S. Air Force.

FINAL THOUGHTS:
Highly Recommended. Simple ambitions pay off big in His Way. This made-for-cable documentary of Hollywood producer Jerry Weintraub is a hoot, full of great stories about the entertainment field straight from the horse's mouth. Weintraub is funny and self-aggrandizing, self-effacing, and reflective all at the same time. He's a likable guy with good anecdotes to share, and someone who has clearly touched a lot of lives working in both music and movies. Hanging out with this storyteller is an assured good time, so ease back and join Jerry's ongoing party. 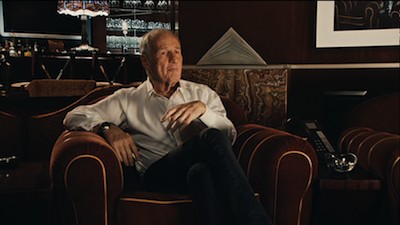