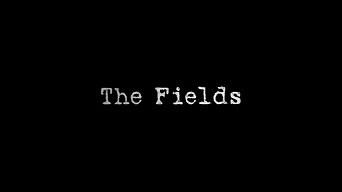 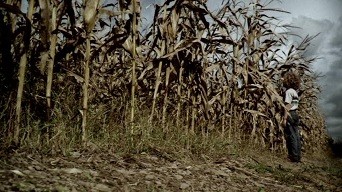 Three years ago, after I reviewed Repo! The Genetic Opera, a short blurb appeared on DVD Talk's main page noting that three reviewers for this site (including myself) had each given that unusual film a "Highly Recommended" rating. The blurb then stated something along the lines of how unusual it was to have three reviewers agree upon anything. A few days later, Adam Tyner wrote a fourth review and broke the chain with a mere "Recommended" rating for Repo!. Perhaps he did that deliberately, the rebel.

I wasn't originally going to start this review with that really obscure piece of trivia, but it occurred to me when I did a little research after watching Breaking Glass Pictures' recent home video release of The Fields. Prior to this review, three of my DVD Talk colleagues have written about The Fields: Gerard Iribe, Jeremy Blitz, and Kurt Dahlke. Not only did all of them give this film a "Recommended" rating, but they each also individually rewarded it 3 ½ stars. This review will now make it 4 for 4 for The Fields (say that ten times fast) on this site, as I too had decided upon a 3 ½ star rating as the end credits scrolled. That has to be some kind of new record for DVD Talk. If that's not enough in and of itself to warrant a look from you film fans, well, you can scroll past the next two images to read some of my thoughts about this movie . . . 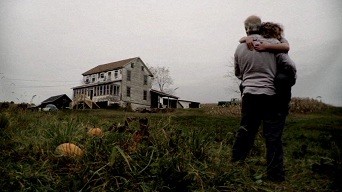 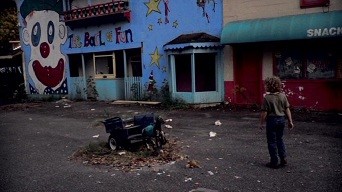 Set in October 1973 in rural Pennsylvania, The Fields looks and feels its time period - a true credit to the filmmakers led by directors Tom Mattera and David Mazzoni. In fact, the setting and corresponding atmosphere is this movie's triumph. The Manson trial preoccupies the news - and hippies wander around the countryside. A few scenes in the film capture the candid - albeit politically incorrect by today's standards - thoughts of rural white locals about the hippie movement, Vietnam, and African Americans in a way that is honest and nonjudgmental. With vintage cars, rundown bars, and sprawling countrysides, The Fields captures in an uncompromising and authentic way this area in the 1970's.

As the movie tells the story of a precocious 8-year-old who moves in with his paternal grandparents on their rural farmhouse, a lot of attention to detail enhances the believability of the film. Steven (Joshua Ormond) carries his Godzilla toy everywhere, watches black and white horror movies with his grandmother, collects Wacky Packages cards, and in one scene, carries one of those old-styled metal lunchboxes. Having grown up in rural Ohio roughly a decade after this character, so much of Steven's life on his grandparents' farm rings true here for me. The Fields does a great job of capturing the exploration children like to do in undeveloped or farmed land - something missing for urban and suburban dwellers.

In any case, the story itself is compelling, at least for much of the film's runtime. Young Steven is told by his grandparents (Cloris Leachman and Bev Appleton) not to venture into the nearby corn fields. Of course, for a child of 8, this means that one has to explore the corn fields, which Steven does. Several times. Each time he does so, he has a near-hallucinogenic experience. He finds a dead body; he discovers a run-down amusement park with someone creepily dressed up as a carnival barker inside, etc. This story actually seemed Bradbury-esque in approach, and I was reminded of stories like "The Man Upstairs." Somewhat strangely, these events do not spill out into the everyday world - at first. However, as the film proceeds, something - or someone - in the corn fields begins to harass Steven and his grandparents.

The setting and the atmosphere are highlights of the film, but so too are the performances by the leads. This is especially true of Cloris Leachman and Bev Appleton, who are fantastic in the roles of the grandparents. Leachman is pitch perfect: a foul-mouthed but loving grandmother obviously sculpted out of a hardworking life. Appleton is great as well as the protective and playful "Pappy." They really go a long way to further selling the authenticity of the movie.

Because there are such unexpectedly good qualities in this film, the few flaws are more pronounced and aggravating. While Leachman and Appleton are fantastic, for instance, the criminally top-billed Tara Reid is atrocious as Steven's mother. Reid, truthfully, is only in the film for maybe 10 minutes total - and her name has marquee value only thanks to her association with the popular American Pie series. In addition, while I really dug much of the film, its climax was somehow disappointing. I'll be careful not to spoil it per se, but the movie's ending was too pat and mundane (mundane isn't quite the right word here, but it will do). In some ways, I sort of wished the movie might have played up more of a supernatural angle.

In sum, The Fields is a really good - but not quite great - exercise in low budget horror film making. This now marks the fourth "Recommended" review of the movie here at DVD Talk. If you haven't seen it yet, what are you waiting for? Check it out. 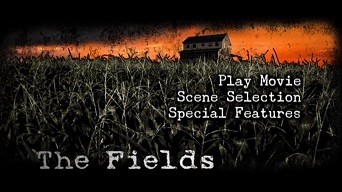 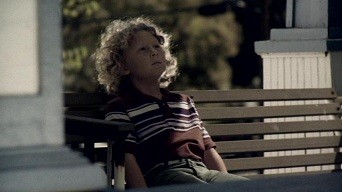 Breaking Glass Pictures gives The Fields an anamorphic widescreen presentation with a 1.78:1 aspect ratio. Overall, the image is pleasing - though a few times details tended to be lacking.

The lone audio track is an English language Dolby Digital 5.1 affair. This is an impressively dynamic mix, with the rustling of corn stalks well-presented in certain scenes. Dialogue is always clear. No subtitle options are available.

Trailers for other Breaking Glass Pictures productions may be found in a Special Features sub-menu. Curiously, these don't play automatically before the main menu as is the norm. An additional trailer for The Fields itself is also included.

Additional extras include the featurettes: Behind the Scenes: The Making of the Fields, Real Stories & Faces Behind the Film, Hey, No Funny Stuff, Ladies & Gentlemen, Cloris Leachman!, and a Photo Gallery. Fans of the film should appreciate the background - and fun - these extras provide. My one minor quibble is that I thought this all could have been cobbled together into one convenient featurette.

With this piece, The Fields has now received four "Recommended" reviews here at DVD Talk. For the record, I appreciated this movie's authentic 1970's rural setting, eerie atmosphere, and strong performances from veterans Cloris Leachman and Bev Appleton. The ending disappoints, and Tara Reid sleepwalks through a supporting role - but the good far outweighs the bad.