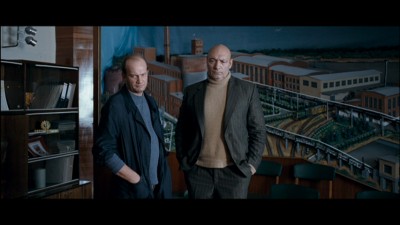 Essentially the story of one Russian woman's untimely death and the effort of the two men in her life to honor her passing by adhering to the traditions of their shared, threatened culture, Aleksey Fedorchenko's Silent Souls presents itself as a modern-day folk fable that becomes an act of tragic mythology and melancholy cultural preservation. Its fable-likeness derives from its seeming simplicity but actually complex, unfathomable pockets of mystery and irony; the story it tells has meanings and resonances that seem to lie just beyond our ability to rationally comprehend or literally interpret them. Its mythological aspect comes from the unfamiliar, nearly lost folkways -- one of which is the death ritual that provides the film's impetus and drama -- of a particular tribal culture, its roots centuries deep but any external trace of it almost disappeared under the tides of time. And its preservational value arises from its successful attempt to capture -- to document, even through fictionalization -- the deeply ingrained, little-known beliefs, stories, customs, and attributes of a once-distinct people whose assimilation into anonymity is now, sadly, almost complete. Adapting Aist Sergeyev's semi-autobiographical novel Buntings, Fedorchenko has thus taken on a project whose cultural-anthropological interests and ambitions recall that of an earlier cinematic anthropologist, Nanook of the North director Robert Flaherty; but with a peculiarly Russian sensibility clearly weaned on that great Russian poetic-cinema line of which Tarkovsky (Ivan's Childhood) and Sokurov (Whispering Pages) are the foremost exemplars. The impulses might look incongruous on the page, but the resulting film beautifully integrates them to create something frequently sublime. 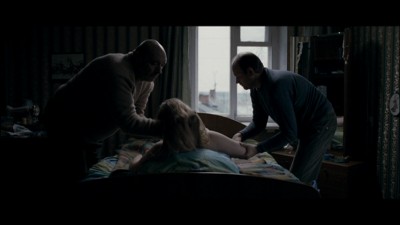 Our protagonist, narrator, and guide on Silent Soul's odyssey is Aist (Igor Sergeyev), a middle-aged writer and paper-mill worker with a deep relationship to the history of his tiny, dilapidated west-central Russian town, Neya, and its surrounding region, home to the Meryan people -- an old Finnish tribe assimilated and re-assimilated into Slavic and Russian peoples over the centuries -- to which Aist, his family, and many of his colleagues belong, and whose unique customs and rituals many still privately adhere to, despite their ways having disappeared from public view and their being to all external appearances just run-of-the-mill, ordinary Russians. The occasion of the death of Tanya (Yuliya Aug), the younger and dearly beloved wife of Aist's boss at the paper mill, Miron (Yuri Tsurilo), is the catalyst for the film's lovingly detailed depiction of the still-lingering Meryan culture both in Miron's and Aist's present -- as the two men carefully, elaborately prepare and transport Tanya's body to the nearby, also deeply Meryan town where she and Miron had their honeymoon, where they will build a lakeside funeral pyre for her cremation and return her to the water that, as Aist's ruminating, reminiscing voice-over informs us, is so central to the Mayan view of life and death -- and in the past, with gorgeously composed and executed flashback-glimpses of Tanya's similarly elaborate and unusual Meryan wedding preparations, and as Aist's boyhood memories play out in brief, lyrical, free-associating onscreen episodes to reveal a childhood that was steeped in Meryan tradition at the hands of his father, the last great poet-practitioner of Meryan literature. 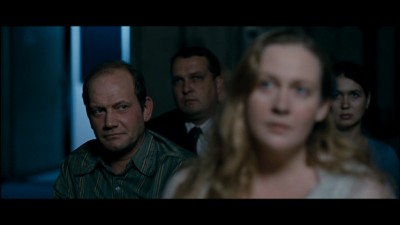 But the film, as unusually brief as it is (it runs only 75 minutes), also finds room to limn the individual personae and feelings of Aist and Miron, both through the complicated relationship between them revealed in conversation as Miron "smokes" (a Meryan term meaning to speak raunchily and explicitly of the dead, with affection, in a way that under normal circumstances would be inappropriate, which in Miron's case means talk of his and Tanya's intense erotic attachment) and the ambivalent feelings from each of them toward Tanya, to whom, we discover, both felt a romantic pull, forming a sort of love triangle now acknowledged between Aist and Miron gently, in grief, without jealousy or blame. This plumbing of the characters' individual depths occurs even as we realize, as the present and the past, the mundane contemporary and magical traditional, overlap, that Aist and Miron, their charged journey and strange fate, are representatives of the slow fade of the Meryan people itself. Fedorchenko seamlessly weaves into their story the overtaking of life-giving and -defining rural tradition by sprawling, shiny contemporary urban blandness; without any overemphasis or too-blunt moralizing, the contrast the film makes, visually and affectively, between the emotional and physical journey the men take with Tanya's body and the big-box store and big new shopping mall Aist and Miron visit afterwards to pick up discount business supplies and have a meal makes modern life look like some fluorescent-lit, affectless purgatory, bereft of feeling, family, belief, or connection. (The cinematography of Mikhail Krichman, who also shot Andrey Zvyagintsev's similarly ravishing Elena, aids immeasurably in creating these contrasting, striking visual tones.) 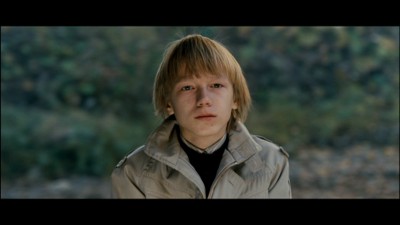 All of those layers packing the film with so many different kinds of significance, from its straightforward-dramatic storytelling to its urgent last-minute preserving of the minute specifics of a people's custom and ritual, might seem like too much for one film, let alone one so compact, to do justice by, but Fedorchenko's direction is masterful, instinctively locating the natural overlaps of personal story and emotion with the characters' roots, memories, and sense of shared destiny; he has quietly ingenuous ways of imperceptibly switching modes, as when Aist and Miron are shown conversing inside their car about their memories of and feelings for Tanya, but then Fedorchenko cuts to an exterior view of Aist's face through the rain-soaked passenger-side window as he privately, internally muses about the fading Meryan ways, the significance of the locales, and the inseparability of his people's past from his own. In this way and many others, Fedorchenko creates an experience of past and present intermingling on one heightened-reality cinematic plane that's so visually exquisite and acutely engaged to be rapturous, despite being suffussed with the premature death of a loved one and the resigned sadness of the Meryan culture's slow, inevitable demise. Silent Souls isn't just a story well crafted and told with supreme sensitivity; it's a loss at least somewhat averted and mitigated -- a surprisingly, rather profoundly successful cinematic marker of and monument to what might otherwise have been an already little-known culture soon to be forgotten entirely. 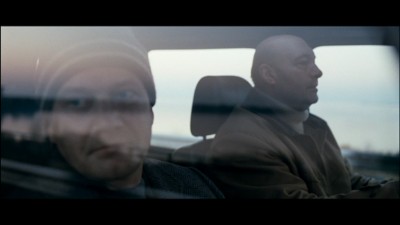 
The anamorphic-widescreen transfer, preserving the film's original aspect ratio of 2.35:1, is quite nice; the cool but rich colors of Mikhail Krichman's lush, clear-eyed cinematography all come through beautifully solid, with no crushed blacks and almost no compression artifacts (just some very slight, very rare edge enhancement) to mar the experience, and a judicious use of digital noise reduction (DNR) leaving plenty of the film's shot-on-celluloid texture for our visual ravishment.


The film's richly multilayered soundtrack (in Russian with optional English subtitles) is made available as a perfectly adequate Dolby Digital 2.0 stereo track and, preferably if you're set up for it, a Dolby Digital 5.1 surround option that puts you right in the midst of Aist's and Miron's journey, immersed in the sounds of the wind, rain, flowing bodies of water, and lakeside bonfire, as well as Andrei Karasyov's traditional music-based score, all sounds clear, crisp, deep, sharp, and resonant, with no imbalance or distortion at any point. 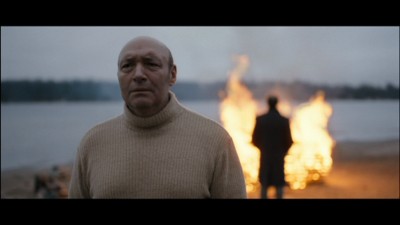 A remarkably beautiful, yet unblinking, cross between lyrical art film and ethnographic investigation, Silent Souls offers an intimate look into the centuries-old, nearly extinct traditions of the central-Russian Meryan people through its story of two men's grief over the loss of a beloved woman. The film strikes a deft balance between is universal drama of loss and grief, the characters torn between the coolly modernized post-Soviet Russia and their deeply buried, long pre-Soviet roots, and exposition of the increasingly rarely practiced and passed on Meryan customs, beliefs, and stories, all against the gorgeously melancholy backdrop of a dwindling wild, rural Russia with its great meadows, lakes, rivers, and rapidly disappearing villages. The film is trying to be so many things at once that it shouldn't work as well as it does, but director Aleksey Fedorchenko's elegant visual and narrative succinctness, in collaboration with Mikhail Krichman's sublime cinematography, gives the film everything it needs to do full justice to each of its dramatic, emotional, aesthetic, historical, and anthropological concerns, making for an experience as enlightening as it is strangely, deeply moving. Highly Recommended.