He's Way More Famous Than You

I always enjoy it when a movie pokes fun at "the industry"- I even liked the much-reviled and Razzie-winning Burn, Hollywood, Burn. Of course it's even more fun when actors and behind-the-scenes folk are good enough sports to play fictionalized versions of themselves, so He's Way More Famous Than You seemed intriguing. Here, not-quite-super-famous Halley Feiffer ("the girl from The Squid and the Whale, Noah Baumbach's cinematic masterpiece") pokes plenty of fun at herself, not only starring but also writing along with Ryan Spahn, who also plays one of the film's few true fictional characters Ryan Feiffer, Halley's onscreen brother. 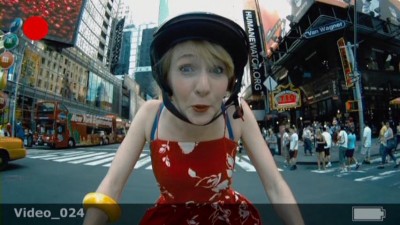 The general premise is set up before the opening credits roll: After being in the acclaimed The Squid and the Whale (which really is a great movie), Halley had hopes of super-stardom with many more film roles to come, but just ended up getting a few more minor roles in small films. Six years after that movie's release, she's an alcoholic and a bit self-obsessed, taking videos of herself and looking at herself in the mirror. She's working on a screenplay with boyfriend Michael Chernus (played by himself) to enter in an upcoming competition, but her narcissism and drunkenness quickly annoys him and he walks out on her, saying "you're just not the same person I fell in love with on the set of The Messenger." After she looks through some of her home videos, she decides that her key to fame is to write and shoot an autobiographical movie with a star-studded cast. To do this, she enlists the help of her brother Ryan and convinces his boyfriend Michael Urie ("That gay guy from ‘Ugly Betty'") to direct. Things don't go very smoothly however, mostly because Halley is drunk during most attempts at production.

I found most of the proceedings hilarious, with lots of name-dropping and guest appearances including Ralph Macchio, who Halley wants as her lead actor, Ben Stiller who she approaches to fund the movie, and Natasha Lyonne ("the girl from American Pie") who she ultimately meets at Alcoholics Anonymous and also pokes plenty of fun at herself. It's played a bit too ridiculous to be believable and Halley's loud, yelling dialogue may be annoying to some viewers but it seemed to me that was exactly what she was going for. 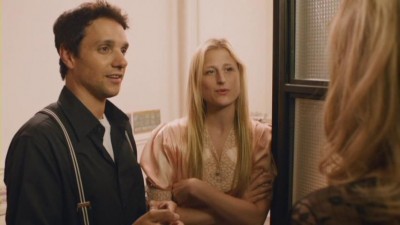 The credits say He's Way More Famous Than You was shot on good old-fashioned film and the general picture quality is adequate for a standard-definition DVD (there doesn't appear to be a Blu-Ray release for this title). The frame rate appeared a bit jerky which may have been intentional. Aspect ratio is a full 1.78.

The 5.1 Dolby Digital sound mix is rather interesting, with liberal use of surrounds for a movie of this type. Voices and sound effects are often moved to the rears often when they are occurring opposite from where the camera is pointed, which I wish more movies would do. A separate 2-channel mix is also included which is a bit more conventional with most of the sound kept up front.

The only extras are a theatrical trailer for He's Way More Famous Than You plus two more for They're Out of the Business and Fred & Vinnie. 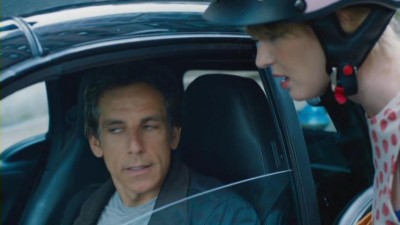 Being a film buff but not actually in the movie industry, I enjoyed He's Way More Famous Than You and accepted its level of ridiculousness. I'd be interested to know whether those actually in the business rate this closer to The Player or Burn, Hollywood, Burn. The lack of extras on the disc is a bit disappointing given the potential, but the movie is fun enough on its own.