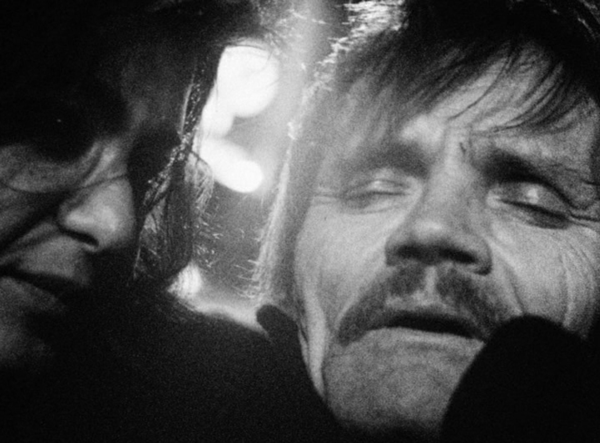 Finally making its Region 1 DVD debut in time for its 25th anniversary, Bruce Weber's Oscar-nominated documentary portrait of jazz legend Chet Baker, Let's Get Lost, arrives both as part of a four-movie Weber retrospective box set and as a stand-alone disc.

A mixture of interviews from 1987 (shot months before Baker died from falling out a hotel window in Amsterdam) and archive footage and photos from Baker's younger days, Let's Get Lost is part-biography/part-artful reverie that favors an achronological approach to relaying Baker's history, pieced together largely from reminiscences from family, friends, former lovers, and Baker himself. A known drug user, Baker often seems a little dope-y during his interviews. Weber, at one point, asks him about his favorite high, and Baker answers frankly that he prefers a speedball (an IV mixture of cocaine and heroin) as long as the mix isn't too heavy on the coke.

Weber's use of black-and-white cinematography artfully blends together footage from many eras of Baker's life, and the contrast between seeing Baker in full-on heartthrob mode blowing the trumpet and singing in the '50s and then seeing Baker's craggy, world-weary face doing the same thing in the '80s is made incredibly stark. The use of black-and-white film is also a signifier that, while Weber tries to dig into Baker and be as revealing as possible, he is also continuing to build the Chet Baker Myth. For every interview where Weber talks to someone about Baker being a liar, a con man, a bad lover, or a bad dad, there are lyrical passages of Baker snuggling up to a couple of ladies in a convertible with the top down or bouncing around in bumper cars with young fans like Flea from the Red Hot Chili Peppers or recording a new song in the studio while "Wicked Game" singer Chris Isaak watches in awe. Often shot in low-light situations with the film stock pushed and grainy looking, it's hard to look at the chiaroscuro images and think anything but, "Wow, how beautiful," even when you're hearing about Baker hitting his girlfriend.

The disconnect between Chet Baker the sensitive mega-talented artist and Chet Baker the frequently awful human is the underlying discussion of the entire film, but there is never any trumped-up melodrama in its presentation. The infamous 1968 incident where Baker was savagely beaten, and he eventually needed to have all of his broken teeth pulled out, is recounted by the denture-wearing Baker as casually as any other remembrance in the film. While the veracity of Baker's version of these events is challenged by other interviewees, it just becomes another stitch in the patchwork, Rashomon-like telling of Baker's life. In fact, it would be interesting to see how many viewers react to this story by thinking, "Good, the junkie got what he deserved," and how many would instead think, "Oh no, you can't play the trumpet and sing with no teeth!" Let's Get Lost is such a pleasurably romantic film that I bet most viewers would land in the second camp.

Toward the end of the film, Weber shows Baker at the Cannes Film Festival, performing in front of a rowdy younger crowd. Baker asks the crowd to be quiet, as he closes his set with Elvis Costello's "Almost Blue." Weber features the entire performance, even though it's not a showstopper. Baker's voice is old and weak, but he is so locked in to the emotions of Costello's lyrics and melody, so tapped in to his own hurt and vulnerability, that you know everything you would ever need to know about Chet Baker, and you understand why so many people would want to be close to him, even when they knew he was bad news.

However factually incomplete or structurally unusual as it may be, Let's Get Lost is probably the most appropriate biography to be made about Chet Baker. It is also easily one of the best jazz films ever made. 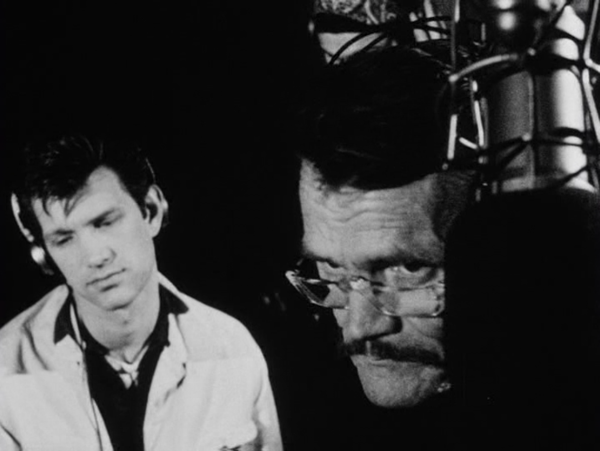 The DVD
The DVD comes packaged with a cardboard slipcover and a well-put together, great-looking 40-page booklet full of photos and comments on Chet Baker from the filmmakers and some of the interview subjects.

The Video:
The standard 1.33:1 image bears the technical shortcomings of the style in which it was shot. Like I said above, a lot of the 1987-era film has been pushed, making it grainy -- but in a stylistically appropriate way. It doesn't seem to suffer from too many compression artifacts, although there is sometimes a bit of digital noise in addition to the film grain. In the context of the overall look of the film, it's not really a problem. The archive footage varies in quality, but is never unattractive.

The Audio:
The English Dolby 2.0 audio sounds great. No hiss, and nothing muffled. Often interviews and narration are layered over not just music but sometimes other conversations occurring onscreen, and the sound mixers have managed to make the main dialogue stand out without losing the atmosphere of those other sounds. It's a tricky feat that is pulled off well. Otherwise, the various recordings from Baker's career featured on the soundtrack sound consistently warm and pleasing. For subtitles, the disc features English SDH.

Special Features:
Just the trailer. But, I will admit, it's a good one, narrated by Bruce Weber.

Final Thoughts:
A long sought-after jazz documentary finally gets a legitimate U.S. home video release, which is something to get excited about. It's a shame that the filmmakers couldn't manage to cook up any tasty extras, but the film certainly stands on its own. Highly Recommended. 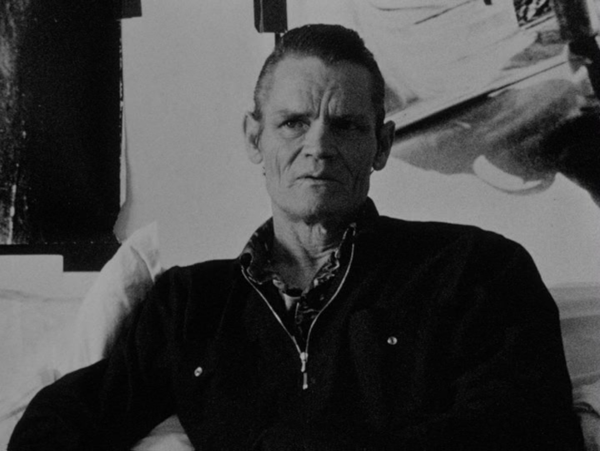