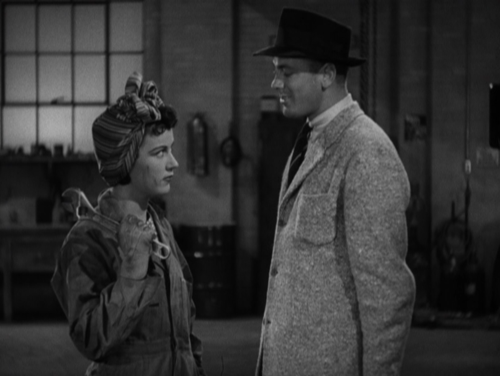 When Fay Wray starred in the 1940 B-picture Wildcat Bus, only seven short years had elapsed since she caught the eye of a certain overgrown ape. Those seven years must have seemed like an eternity to the actress. With its stiff line-readings, paper-thin plot, and 64-minute running time, Wildcat Bus is a lackluster bill-filler that clearly demonstrates the decline of Wray's Hollywood career.

The movie deals with a family-run bus company that is being targeted by an illegal wildcat outfit running carloads of people along the bus company's route, between Los Angeles and San Francisco. In addition to undercutting the buses on price, the wildcatters also have moles who sabotage the company's buses and rig up accidents on the road to put them out of commission.

Into this situation stumbles broke playboy Jerry Waters (Charles Lang) and his limo driver and pal Donovan (Paul Guilfoyle). Having dealt with the grief of losing his parents by blowing all of the money they left him, Waters finds a sudden need to join the work force. He searches for a job with Donovan until they find their way to the bus company. Waters is a bit of a moron (especially as played by Lang), and he ends up insulting his potential boss Ted (short for "Theodora") Dawson (Wray) by assuming she's just some tomboy grease monkey working in the garage. In fact, she's the general manager. While the film tries to make the audience swallow the unlikely courtship of these two characters who have no business being together, at least Lou Lusty's script gives Ted the good sense not to give her future paramour a job after he has just insulted her to her face. All's fair in love and war, but this is business.

Donovan does manage to secure a position with the bus company while his former boss Waters is recruited by the shady wildcatters to drive folks back and forth to San Francisco. The film wants us to believe Waters is redeemable and he just needs to lose the chip on his shoulder, but Lang's performance is so cocky and one-note that it's hard to care whether or not his character will ever come around. (Guilfoyle's warm portrayal of Donovan's loyalty to Waters does more good for snagging audience sympathy.) When Ted and Donovan uncover that the wildcatters are responsible for all the breakdowns and accidents, they manage to convince Waters to leave them behind. Eventually, it all climaxes in a strangely random but admittedly entertaining brawl at the wildcatters HQ, with the bus mechanics deciding to get a few licks in before they call the cops on these louts.

Wildcat Bus has flashes of wry humor that keep the whole thing from being a terrible slog, but that doesn't alleviate the genericness of the story or the lack of chemistry between the leads. Even the sort-of-twist revealing the identity of the real leader of the wildcat drivers and the motivation for bringing down the bus company is all pretty shrugworthy.

Fay Wray retired from the big screen a couple years after this was released, but returned to acting in the '50s with a number of TV appearances. Not even qualifying as a footnote really, Wildcat Bus stands as a wholly forgettable entry within Wray's vast filmography. 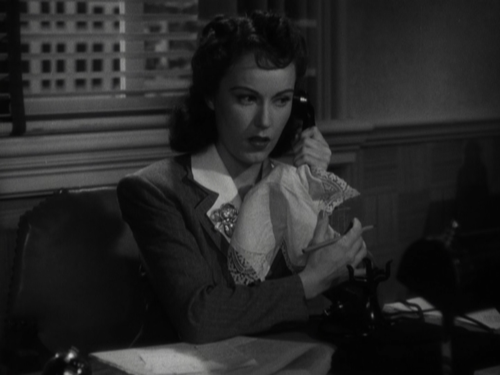 The DVD
Wildcat Bus comes as part of the Warner Archive Collection of manufactured-on-demand DVD-Rs.

The Video:
Presented as a standard 1.37:1 transfer, Wildcat Bus looks decent on the video end, with no significant compression issues, a pleasing range of contrast, and an adequate level of detail. The film elements from which this transfer was pulled are a mixed bag, with certain moments flecked with significant dirt and damage and others much cleaner. The imperfections are not terribly distracting, but this transfer is certainly not on par with a remastered movie like the recently reissued Caged.

The Audio:
The mono audio is decent. It gets a little distorted on the high end, there are sproadic pops throughout, and I detected a persistent high-pitched whine. None of it gets in the way of the dialogue and merely represents the kind of quirks you would expect from unremastered material of this age.

Final Thoughts:
If Wildcat Bus came on a classic movies channel, I could conceive of watching a small stretch of it to kill a little time. It is not offensive or utterly dull. But considering the mediocre story and half-hearted performances, it's hard to even give this a rental recommendation. Skip It. 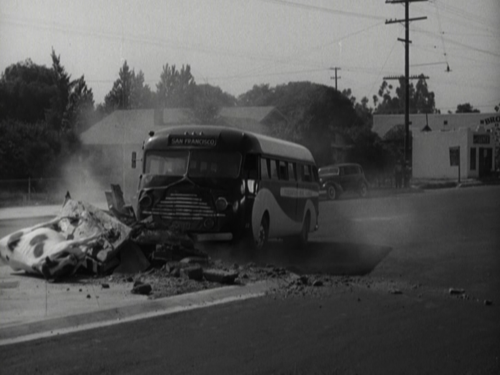