Favorites of the Moon 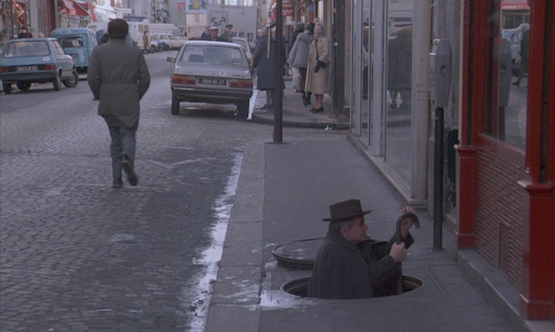 The first time I attempted to watch Favorites of the Moon, I got about forty minutes into the film and then had to stop. It just felt like watching a less funny version of The Phantom of Liberty, with random scenes of bourgeois characters intersecting in odd ways. Every moment is full of activity, but the whole thing was seemingly going nowhere.

Then, I took a break, skimmed some reviews online (mostly positive, while Vincent Canby's New York Times write-up was amusingly negative), and decided to give the film another shot later.

When I restarted Favorites of the Moon, I got the same impression of a late period Luis Buñuel film, mixed with a late period Jacques Tati film (like Trafic, for example). This time, however, Favorites completely clicked for me. The interweaving of incidents and overlapping of unnamed characters -- that at first seemed like so much energy being spent by the filmmakers for nothing -- suddenly made sense: it's all senseless. This portrayal of characters constantly fretting and plotting and thieving and cheating -- and creating unseen impacts on all sorts of other characters they don't even know -- is kind of fascinating but kind of meaningless at the same time. Unlike with Buñuel and Tati, there's not really a punchline coming. If you, as a viewer, can adjust to that understanding, then I think Favorites of the Moon might have something to offer you.

Made in 1984 by Otar Iosseliani (Farewell, Home Sweet Home, Monday Morning), who emigrated from the USSR to France in the early '80s, Favorites of the Moon could be about a lot of things. The film focuses on certain objects that unwittingly tie certain characters together, while also tying them to the past. The two most important items are a set of porcelain dishes, handcrafted in the 18th century, and a sensual portrait of a nude woman, painted probably in the 19th century. Early in the film, we see both of these works being created, and as time goes on, we see them degraded and destroyed. The set of dishes is particularly prone to breakage, as we see an aristocrat's pampered pooch knock some dishes off a table, then we later see a horse (presumably belonging to a revolutionary) trot over a dish or two, then we see some modern-day brats force a butler to lose his balance and send an armful of dishes crashing to the floor, and so on. The painting, meanwhile, is frequently subjected to defacement through thievery: as it gets cut out of frames by different burglars, who have little concern for the original composition, the portrait ends up continually framed smaller and smaller.

The comment here seems to be that we are losing touch with the past, but Iosseliani doesn't tip his hand about how exactly he feels about that. While his brief flashbacks to earlier eras do not have the same mindless bustle as his main present-day vignettes, these moments do not feel like vibrant alternatives either. In one flashback, he shows a couple furtively flirting, speaking a bunch of philosophical hooey. Later, he shows a present-day couple after an impromptu afternoon interlude, repeating the same dialogue to each other while putting their clothes back on. The more things change, the more they stay the same?

The film has a number of memorable vignettes, including the adventures of a pair of thieves played by Jean-Pierre Beauviala and a quite young Mathieu Amalric (The Diving Bell and the Butterfly). Meanwhile, the bombing of a statue by a trio of elderly would-be terrorists echoes an earlier scene where a man is blown up accidentally during an under-the-table arms deal. In both cases, only the shoes are left behind. The film also presents an impossibly convoluted web of marital infidelity, some political assassinations, and lots of cigarette smoking. (One funny shot shows a group of bored pre-teens, all sitting around with smokes lit up.)

Though Iosseliani's film is not quite as striking or invigorating as the abstract/surreal comedies I mentioned above, its images unfurl with a fluidity that deftly sweeps the viewer along from moment to moment. There's a part of me that wants to complain that the film could be more biting or more humorous, but it is also such a specific vision belonging to Iosseliani and his co-writer, Gerard Brach (Repulsion), that quibbles of that nature are essentially moot. 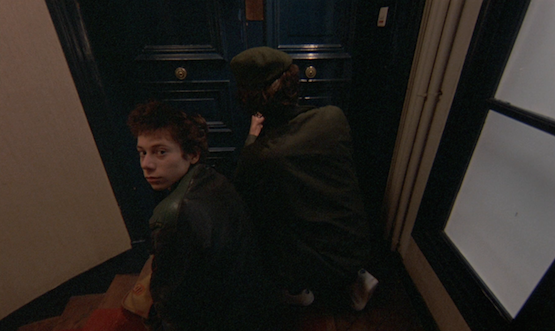 The Video:
Overall, the AVC-encoded 1080p 1.66:1 transfer is strong. The film print has not been digitally scrubbed of dirt and scratches, but these defects are only noticeably heavy during scenes with opticals (dissolves, black-and-white processing, titles, etc.) and at certain reel changes. Otherwise, the clarity is quite good. Certain sections have a reddish cast to them, which might or might not be related to the age of the film, making flesh-tones and backgrounds look a little off. There are no noticeable digital compression issues.

The Audio:
Iosseliani is particularly good at layering the soundtrack to create the off-camera reality of his scenes. For example, while an argument occurs in a small apartment, you can hear the discrete activities of three or four different neighbors in the background. The French LPCM 2.0 audio mix (with optional English subtitles) is particularly good at handling this subtle stuff, as well as the more prominent classical music cues and sort-of-punk rock music performed by one of the characters. No distortion, no damage.

- An OK critical commentary that might have been better as a twenty-minute featurette. Although Lopate (brother of New York radio host Leonard Lopate) has some interesting facts and observations about the film, it doesn't satisfyingly fill the full 105-minute running time. Unwilling to vigorously analyze the film, Lopate mostly just reminds viewers of which characters did what previously, without extrapolating too intensely about the thematic implications of all those intersections.

Final Thoughts:
Favorites of the Moon is an art film that attempts to address the futility of modern life with an appropriately absurd approach. Plenty of viewers are bound to find it alienating (as I did, at first), but there's a deftness to what director Otar Iosseliani is doing that makes it quite entertaining when you come to the film with the right mindset. Highly Recommended. 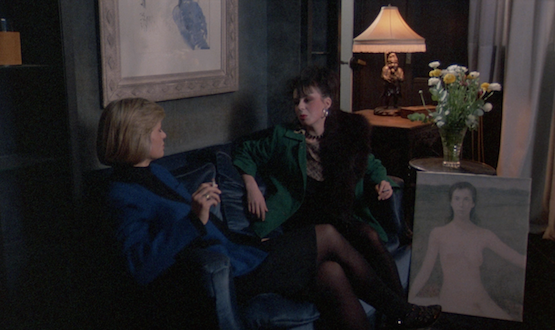