NOTE: To paraphrase Oscar Wilde, this review is quite useless. If you want your time completely wasted, please read on. Otherwise, scroll to the bottom and click on one of the other reviews of Comedy Bang! Bang! Season Two, written by one of our more talented writers, to find what you're actually looking for. 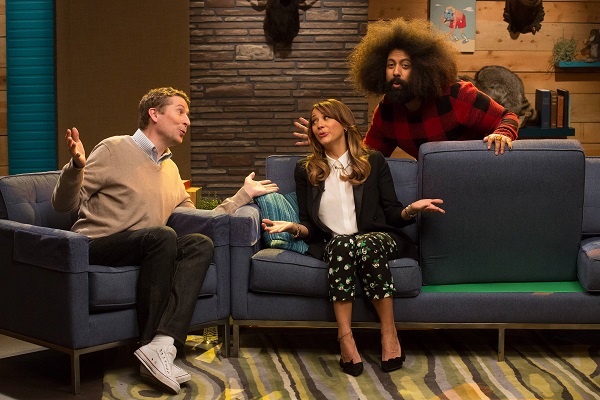 As an experienced film critic who loves films, I know what's good. You know, the classics: Citizen Kane, Lawrence of Arabia, The Godfather, Apocalypse Now, The Conversation, The Godfather Part III, John Grisham's The Rainmaker, Jack...

I don't need to tell you what the classics are.

As a music fan in my spare time, I can easily rattle off the all-time greatest musicians: Beethoven, Brahms, Bruckner, Bartók, Bono, The Edge, Adam Clayton, Larry Mullen Jr.

But there's one area of entertainment where I wouldn't know my broadcaster from my backside, and that's television. How exactly does one judge the "boob tube"? Is it art... or sub-par(t)? There are those who would say we are in a new Golden Age of TelevisionTM, but none of those people would talk to me to explain what that means. So what follows is an interview I conducted with myself to better understand this medium that so captivates the masses, and particularly the popular program Comedy Bang! Bang!, whose second season has just been released on home video. 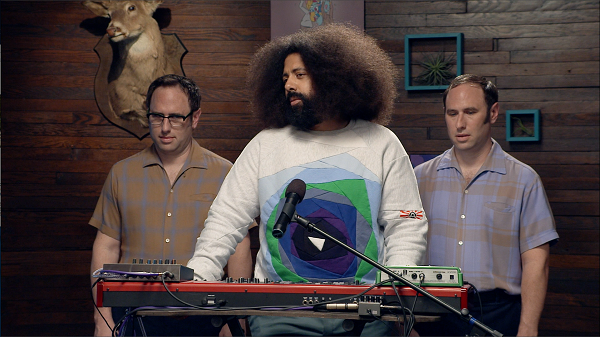 [The following interview was conducted via email.]

What is television?
I don't know the answer to this question... yet ;) Why don't you ask me again once this interview is complete? ;) ;)

Are you flirting with me?
No, sorry, some of the keys are stuck on my computer keyboard. I keep meaning to get those fixed. lol <3 ;)

Who is responsible for Comedy Bang! Bang!? Are there any big stars involved?
Unfortunately, the makers of this program did not send any full-color promo materials or CD-ROM discs with an Artist's Statement and Cast List. Also, I have a neurological condition that makes me go to the men's room whenever I hear theme music. But even without the Official CreditsTM, I pretty much know what is going on.

There is a character who always wears a sweater named Scott Aukerman (played, I believe, by the late Fred Rogers), who sits in a chair and talks to many people who are compelled to sit on his couch. His friend Reggie Watts (played, I believe, by the late Gil Scott-Heron) helps Scott cope with all these trespassers by talking gibberish into a microphone and making it echo.

So, in other words, it's a gritty, realistic drama?
Exactly.

Why then is it called Comedy Bang! Bang! ?
It's probably because, in the tradition of the Great Shakespearean ComediesTM, every episode ends with a wedding. Also, there's a talking book in the show who undergoes surgery to become an e-reader. That was pretty funny.

It sounds like -- through this Shakespeare connection -- we have solved the ages-old mystery, "What is television?" Television is art, right?
By jove, you may be right!

On the other hand, I may be crazy.
Oh, but it just might be a lunatic I'm looking for. 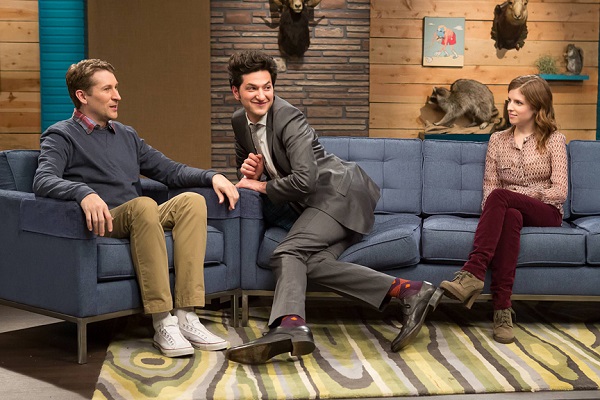 Describe the experience of watching the home video? How does it look and sound?
It's a big step up from the programs I watch on stolen cable. The widescreen (32:18 aspect ratio) picture was crisp and colorful, like a cherry ice pop that unveils its sugary treasures as it drip down your throat on a balmy summer afternoon.

How many Season 2 episodes are there?
Well, there were 20 of what I like to call "the Big episodes," which are spread across three Digital Versatile Discs. They have normal talking, where you can hear the voices of the people you see onscreen like Andy Samberg, Rashida Jones, Rainn Wilson, Sarah Silverman (or, as I like to call her, Sarah Silverwoman), Zoe Saldana, Anna Kendrick (or, as I like to call her, Anna Barbiedrick), and Santa Claus. But then, I found if you push the Audio button on your remote, suddenly strangers start commenting on the picture. When this first happened, I thought, "Oh Mary! What did I do wrong now?" But since this happens on all 20 episodes, I think it is supposed to be a feature of some kind. 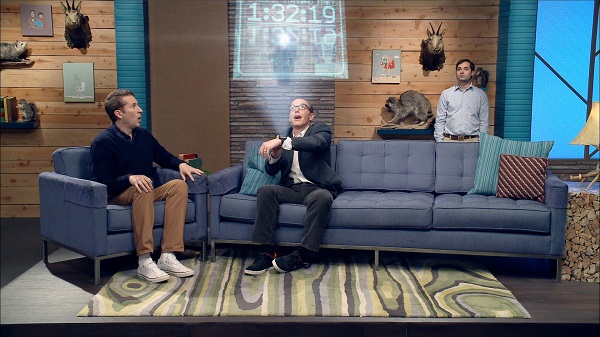 You said you watched "the Big episodes" on the first three discs. What else is there?
When I put in the fourth digital versatile disc of the program, I found many many small episodes. Some of them were labeled Deleted/Bonus Scenes & Interviews, and there must have been a million of them. Boy, I clicked on those little eps (short for "episodes") for what must have been 1 hour, 24 minutes, and 24 seconds approximately.

Golly!
And that's not all, because there was something called a Musical Episode Talkback that went on for nearly 43 minutes and 46 seconds, where the Scott Aukerman character spoke in a motion picture theater to Casey Wilson, Lord Andrew Lloyd Webber (credited as Paul F. Tompkins for some reason), and the devilish ghoul The Phantom (credited as Thomas Lennon [of the world-famous musical grouping, The Beetles]). I talked back to the screen the entire time. It was very therapeutic. 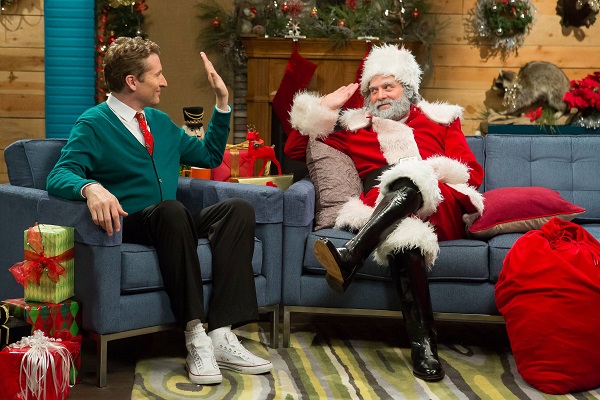 Well, that sounds like a nice DVD set.
We're not finished. There is so much more!

Really!? Oh god, when will this be over?
Yes, there were a number of little eps (short for "episodes") where Gil Scott-Heron played music with the guests, titled Reggie Makes Music, which -- in toto -- take place over the course of something like 49 minutes and 31 seconds. Then, Gil takes a solo for Reggie's Season 2 Music Supercut, which lasts somewhere in the ball park of exactly 18 minutes and 10 seconds. Those who enjoy initials will find much to love in the VFX Tests that lasted for 3 minutes and 13 seconds or less, and in the CBB Crew Dance Party, which I didn't time during the 3 minutes and 50 seconds while it occurred. They must have still had space to fill on the disc, because then you also have Meet The Crew for 1 minute and 23 seconds and An Acting Class With Herb Roost for 3 minutes and 41 seconds.

Wow. You watched a lot. Do you have any Final ThoughtsTM about Comedy Bang! Bang! Season 2?
Yeah, I don't think I really understood it or liked it. Highly Recommended. 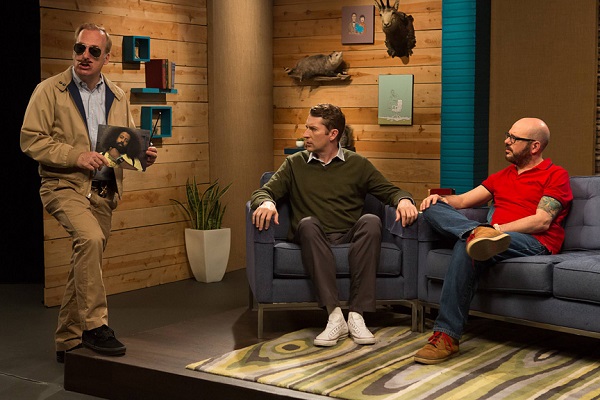