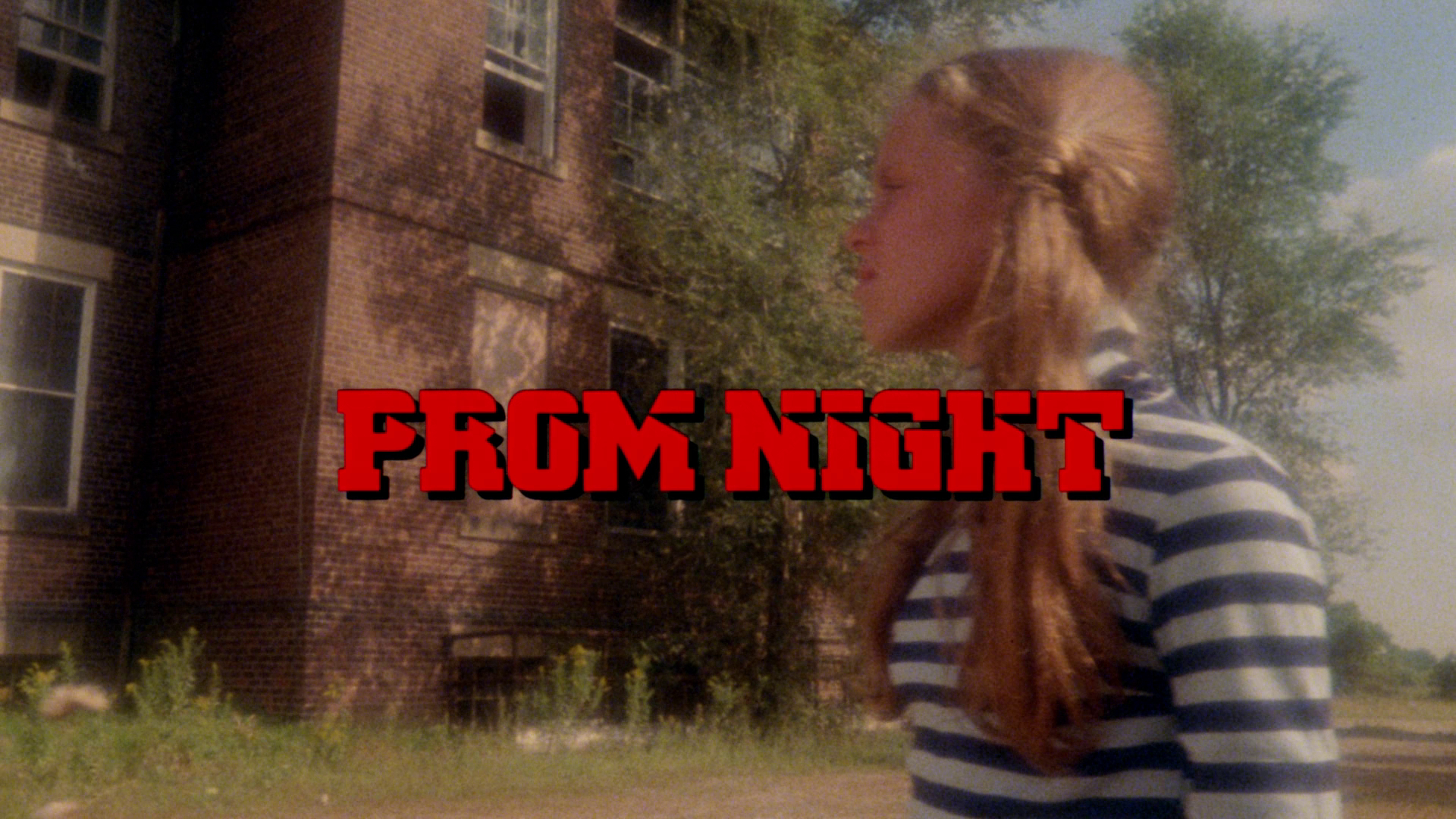 Paul Lynch's Prom Night is just one of the many slashers released in the wake of Halloween. It pales in comparison, but does feature that film's star: Jamie Lee Curtis. What Prom Night lacks in tension and technique it partially makes up for in glittery, last-days-of-disco spirit. Why else would Curtis and co-star Casey Stevens have a minutes-long dance number in the middle of the film? The copyright-baiting soundtrack is almost as enjoyable as Leslie Nielsen's glorified cameo, and repeat viewers will notice more than a few plot holes. The on-screen kills reek of penny-pinching, but the protracted chase between the masked killer and actress Anne-Marie Martin is giddy snuff. I certainly do not place Prom Night near the top of the genre, but it is worth the price of admission.

Prom Night begins, as many horror films do, with a tragic accident: Eleven-year-old Robin (Tammy Bourne) is taunted by classmates during an aggressive game of hide-and-seek. As her tormenters approach, Robin backs up toward a second-story window and falls through the glass to her death. The kids scatter, and a known child molester is convicted for her death. Six years later, Robin's parents (Nielsen and Antoinette Bower); sister Kim (Curtis); and brother Alex (Michael Tough) cope with her death. The siblings are primed to attend their high school prom that evening, at which Kim will be crowned prom queen. An unseen antagonist begins calling the kids involved in Robin's death - Nick (Stevens), Wendy (Martin), Kelly (Mary Beth Rubens), and Jude (Joy Thompson) - asking if they'll be attending the prom. 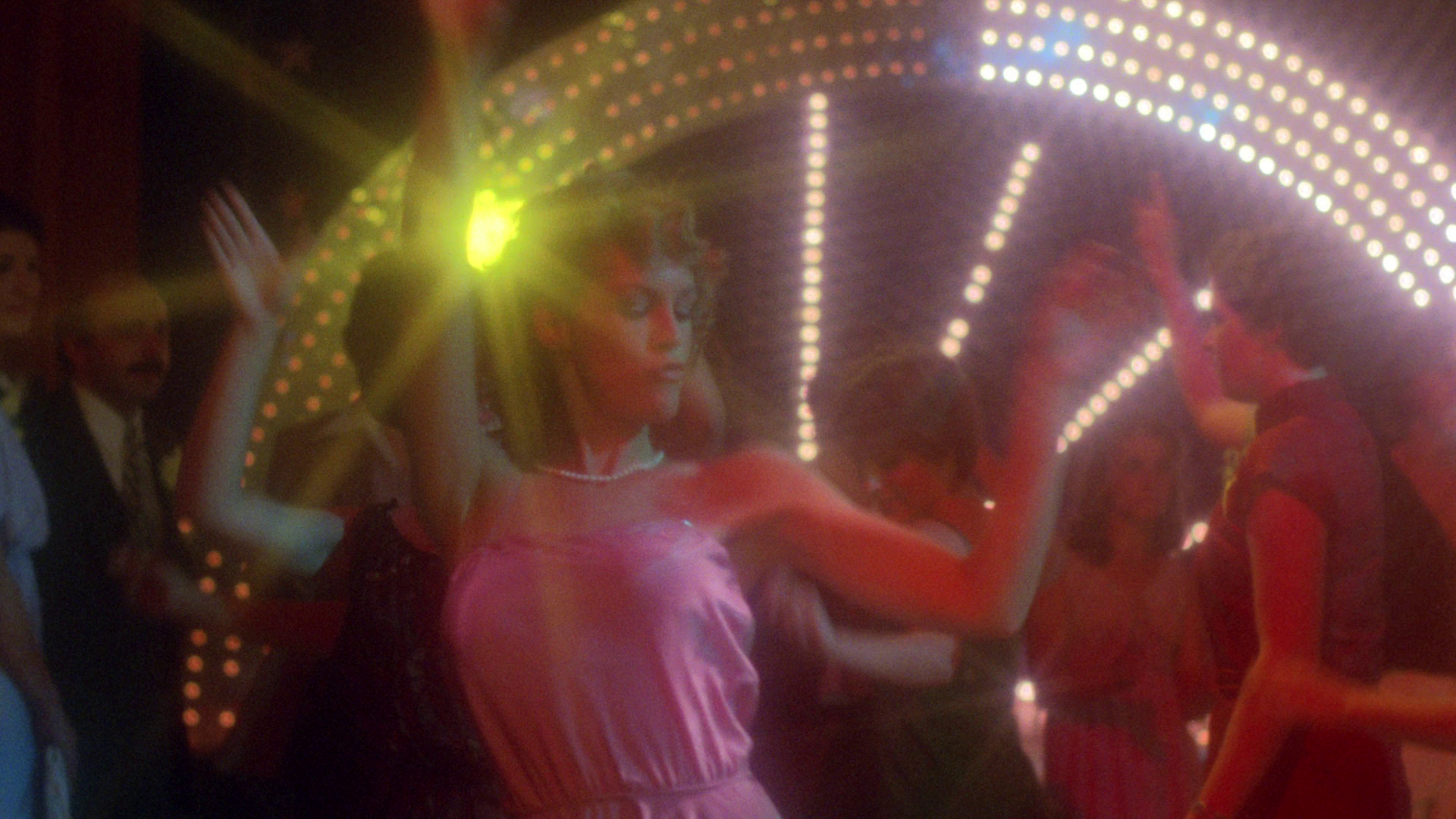 Unlike the contemporaneously released Friday the 13th, which wastes little time offing its young cast after the opener, Prom Night takes an hour to spill its first drop of teenage blood. The early scenes are deliciously '80s: Kim decorates at school and practices her dance moves; Wendy picks up deadbeat Lou (David Mucci) to help her embarrass ex-boyfriend Nick and Kim at prom; and Jude finds a last-minute date in bumbling "Slick" Crane (Sheldon Rybowski). Some may find these diversions dull, but I appreciate the cheese. Robert Guza Jr. and William Gray's dialogue is frequent funny - sometimes unintentionally - and full of truisms. As Wendy says of prom, "It's not who you go with, it's who takes you home."

Those unfamiliar with Prom Night may want to skip down a few paragraphs. I won't spoil any surprises here, but I want to mention a couple of plot elements. Prom Night attempts a fair bit of misdirection, throwing in a number of red-herring characters to distract from the truth. This is not done especially well. Intercut with scenes of the prom are shots of local police officers investigating a jailbreak and relaying information to Nielsen's character. The trouble is that the audience already knows this is going nowhere. Then there's the case of the poor high school janitor, Mr. Sykes (Robert A. Silverman). Simply looking creepy does not a killer make. Most scenes with Sykes wound up on the cutting room floor, but it's clear the filmmakers used him as another distraction. 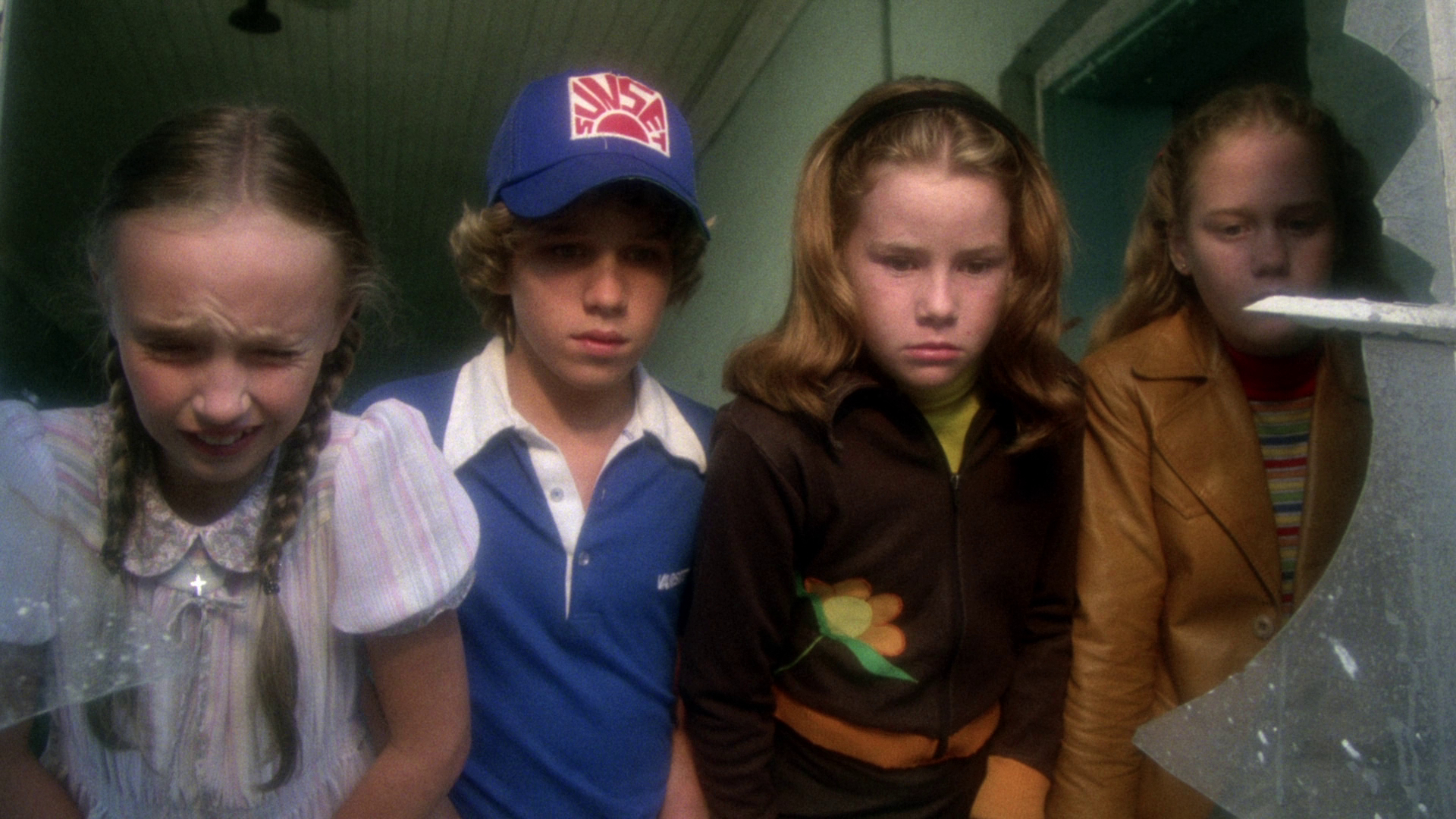 The film cost only $1.6 million to shoot, and it looks it. The camera work is decent, but the editing wavers at times and there are a number of visible technical gaffes. I'd argue that makes the film more appealing than it might otherwise have been. Recall that dressing up the story with digital effects and slick production values did not work so well for the remake. Lynch builds a fair bit of tension before each kill, but has a tendency to deflate the mood by running each scene too long. Martin's extended chase with the killer is gleefully over the top, and there are a couple of quicker, more intense death scenes that work well. One character's demise by knife is shot in slow-motion shadow like a TV serial and is terribly ineffective.

The filmmakers took more than Curtis from Halloween, including shots of the waiting killer's hand that are nearly identical to those of young Michael Myers in the opening of John Carpenter's film. I suspect the success of Brian De Palma's Carrie influenced Prom Night, too, as Wendy and Lou's schemes recall the terror poured on poor Carrie White. I am certainly not criticizing Prom Night for pulling from these better films, as it is one of dozens of films released in the early '80s that did so. As a second-tier slasher, Prom Night isn't half bad. 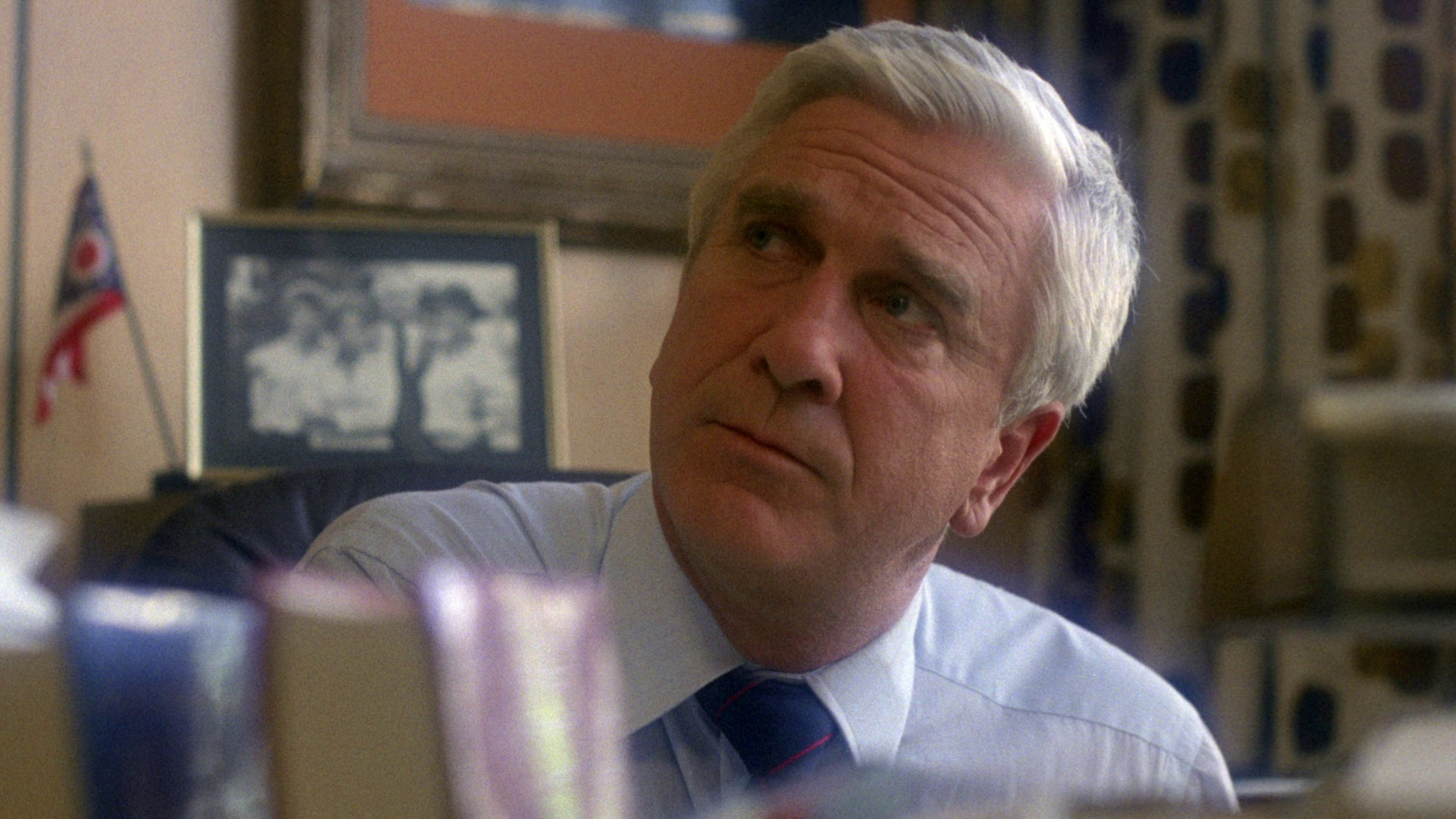 Curtis appeared in three horror films during this period: Prom Night, Halloween and Terror Train. Prom Night is second in quality to Halloween, and neither it nor Terror Train challenges Curtis as an actress like Halloween does. That said, she maintains a strong on-screen presence in each and brings a lot to these films. I am thrilled that Curtis has re-embraced her early projects of late, providing interviews (not here, unfortunately) and attending conventions. The Scream Queen's reign continues. The supporting cast is a lot of fun in Prom Night, too. Most of Nielsen's work was sliced for the theatrical release, but he has a few more scenes in the padded network TV version. Martin steals the show as the resident mean girl, and Tough does a nice job as Kim's quiet, doting younger brother. Prom Night is not a great film, but there is enough excitement and nostalgia to keep things interesting.

Released on Blu-ray for the first time in the United States, Prom Night receives a superb transfer from Synapse Films. The 1.78:1/1080p/AVC-encoded image comes from a new 2k scan of the original 35 mm camera negative, and the results are fantastic! The thirty-four-year-old film looks new, sporting fantastic detail and texture. The grain structure is natural and refined, and the image is almost totally free of dirt and defects. The film is naturally soft and warm, but fine-object detail remains impressive. Wide shots are sharp and crisp, and natural textures are impressive. Colors are nicely saturated and do not bleed, and the image handles the smoke, strobes and commotion of the prom with ease. Black levels are good, and the only crush is a result of the film stock used. I noticed no issues with digital tampering, and was consistently impressed by this transfer.

The 5.1 DTS-HD Master Audio remix is also good, with nice element separation and a pleasing, immersive presentation. Dialogue is clear and without distortion. Ambient and action effects fill the surrounds, and the pop score is weighty and balanced. The range is excellent, and quieter, dialogue-heavy scenes are as impressive as the chaotic finale. Purists will appreciate the inclusion of a 2.0 Mono mix, and English SDH subtitles are available. 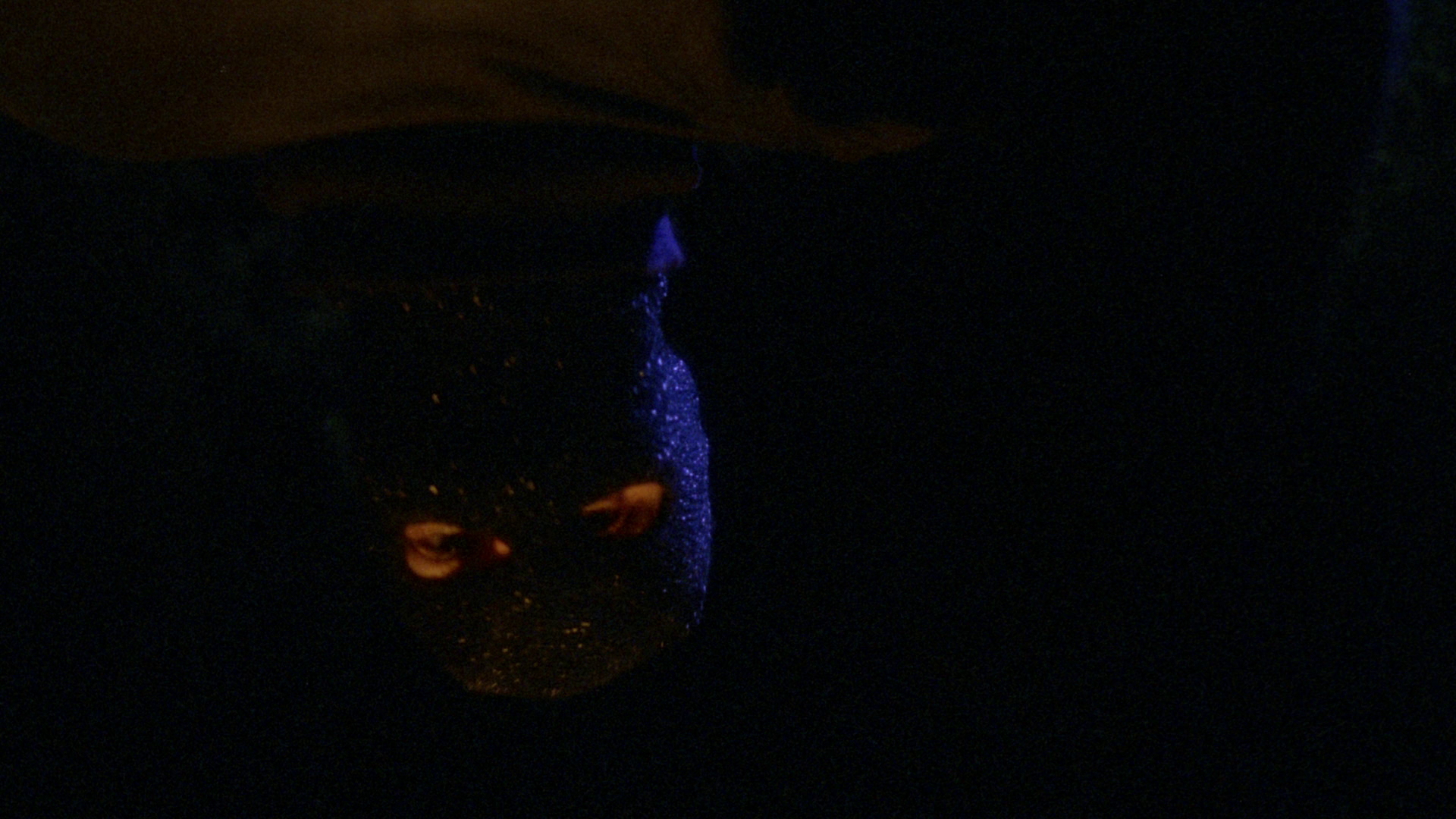 Synapse Films gives Prom Night a fine "Special Edition" Blu-ray release. The single-disc release comes in an Elite Blu-ray case with two-sided artwork. The newly created The Horrors of Hamilton High: The Making of Prom Night (41:04/HD) includes interviews with the cast and crew and serves as an excellent retrospective. Unfortunately, Curtis does not participate, but there are remarks from Lynch, producer Peter Simpson, Rubens, Thompson and others. The Audio Commentary by Director Paul Lynch and Screenwriter William Gray is lively and full of great information. Also included are Additional Scenes Added for the TV Broadcast (11:11/HD), which are introduced by the editor and include more character moments with Curtis, Nielsen and others. You also get Never-Before-Seen Outtakes (23:15/HD) that provide an interesting look at the filmmaking process. The bonus features are rounded out with Trailers and TV Spots (3:17 total/HD); Radio Spots (1:06/audio only); and a Motion Still Gallery (6:20/HD).

Though it is not among the best early 1980s horror films, Prom Night is still an entertaining thriller. Jamie Lee Curtis stars and again proves better than the material. The film often reveals its rough edges, the result of a low budget, but its end-of-disco teenage nostalgia is endearing. Fans will love Synapse's new Blu-ray, with its fantastic new transfer and bonus features. Highly Recommended. 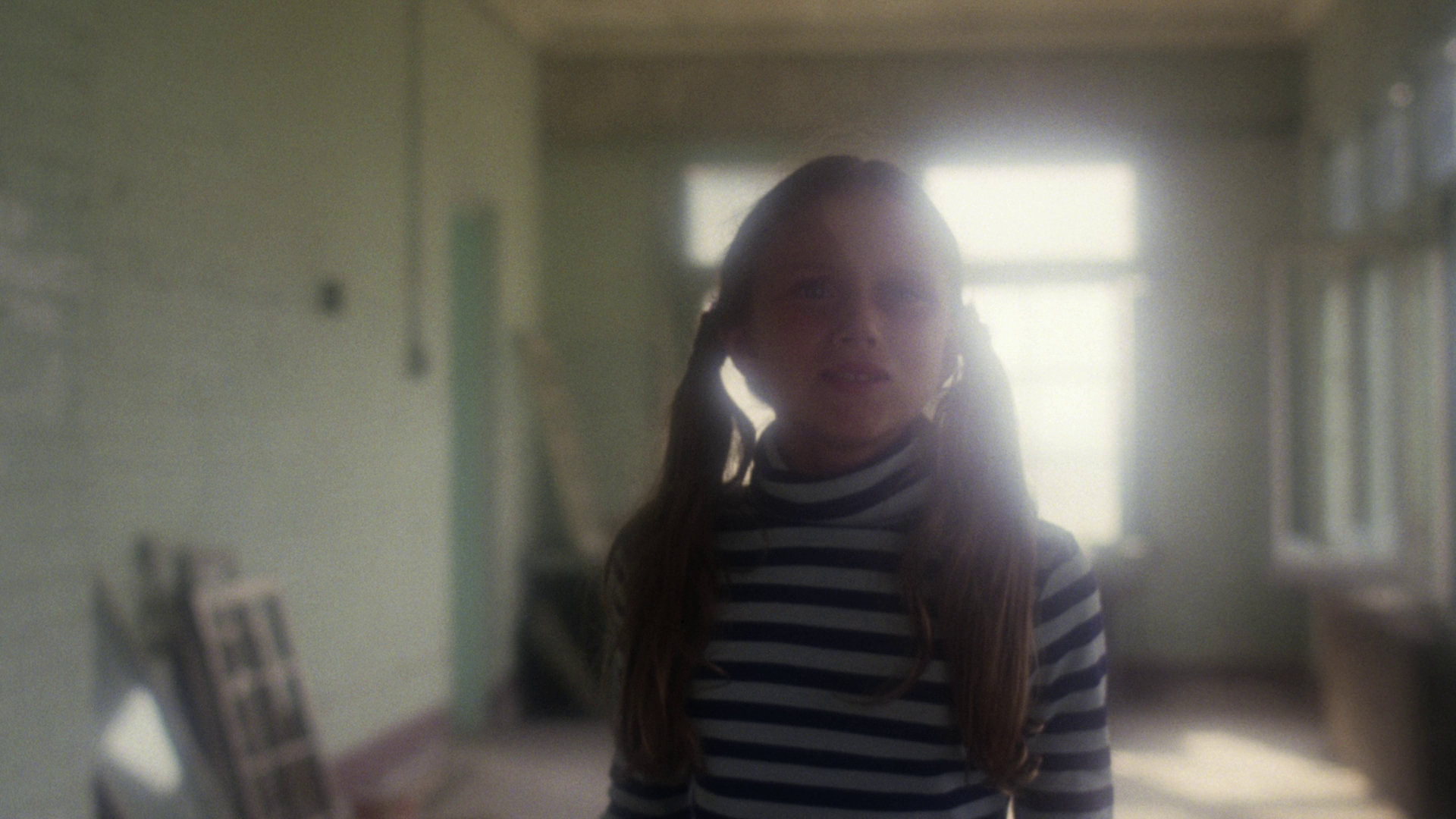 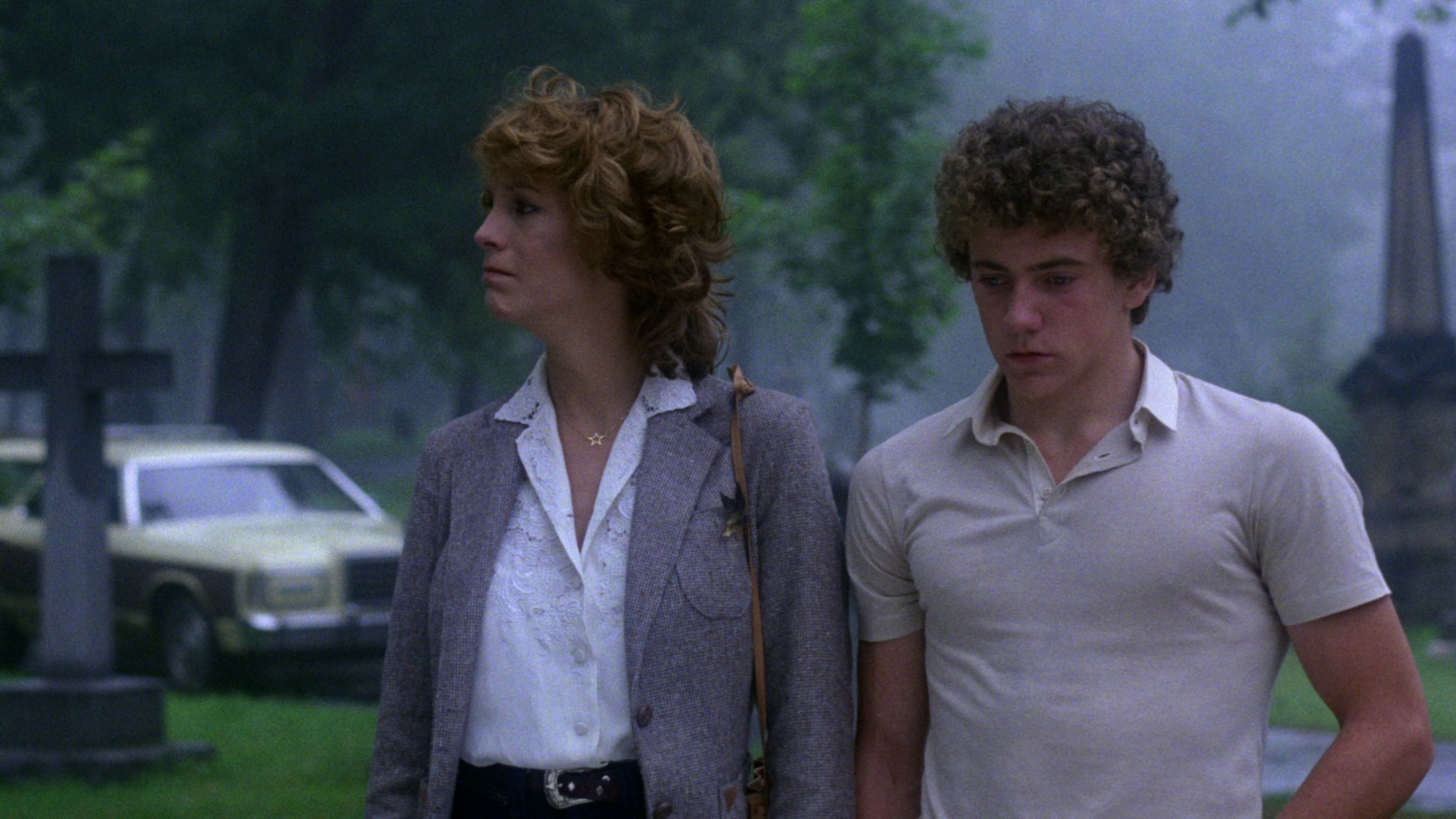 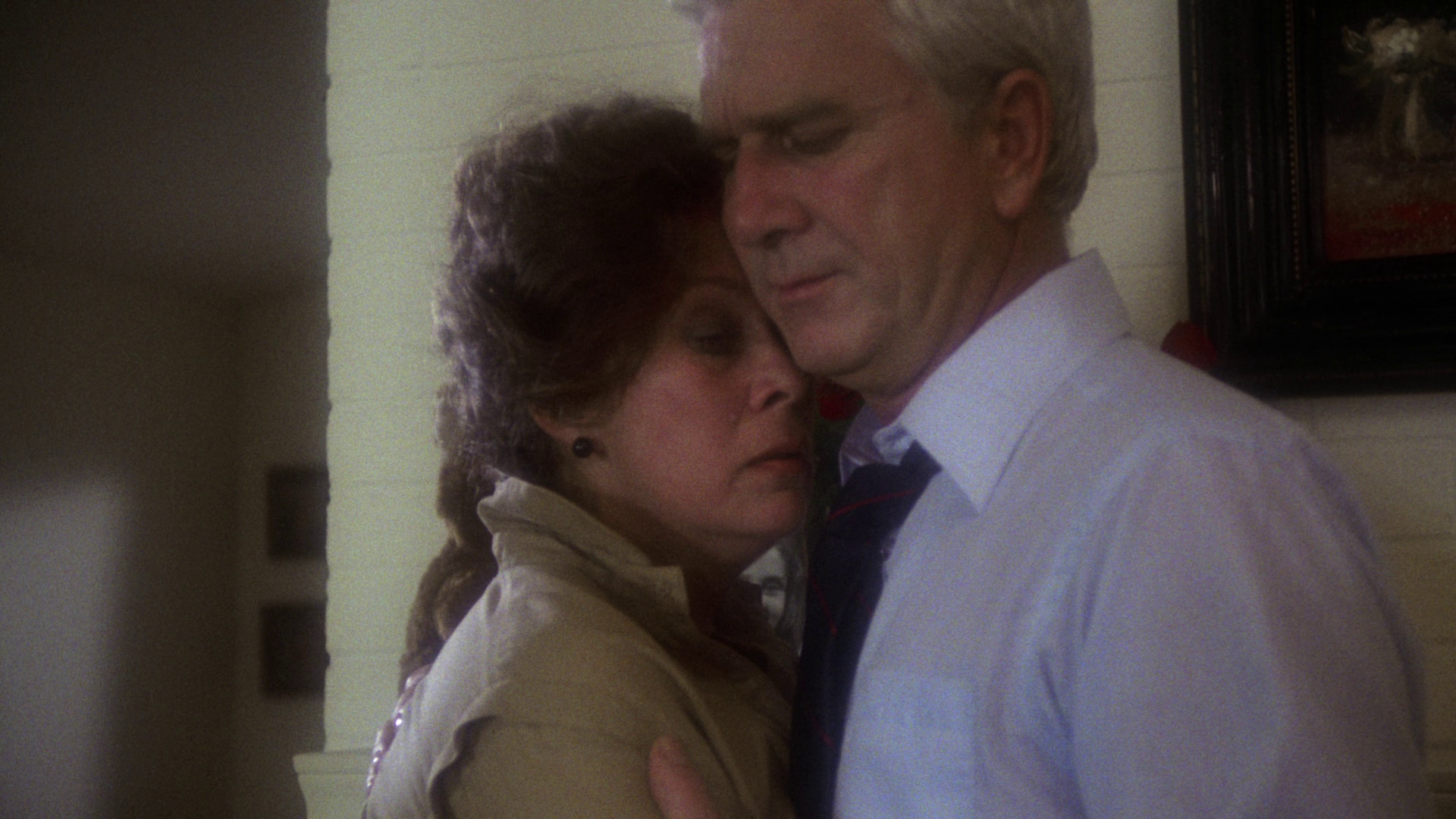 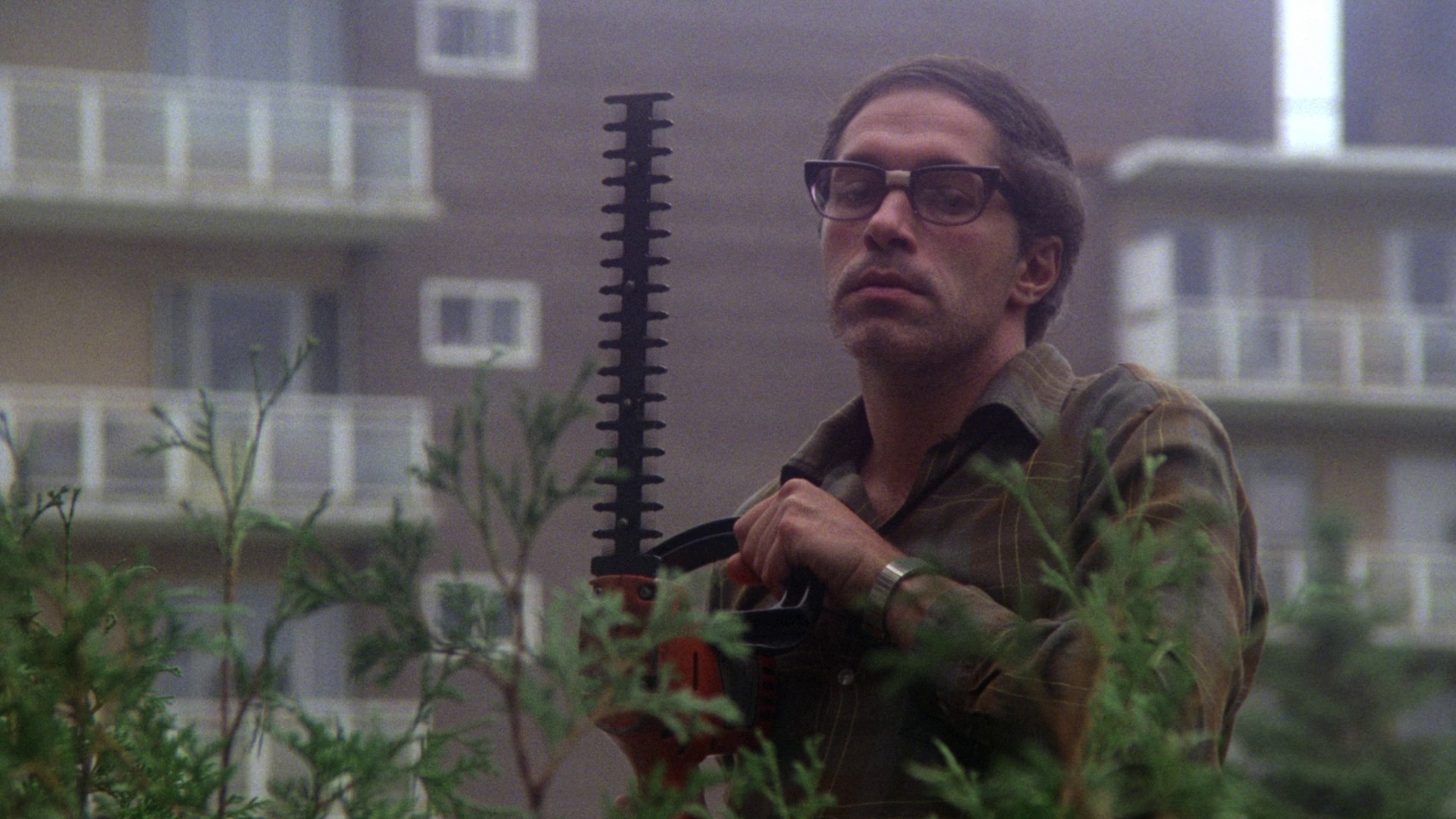 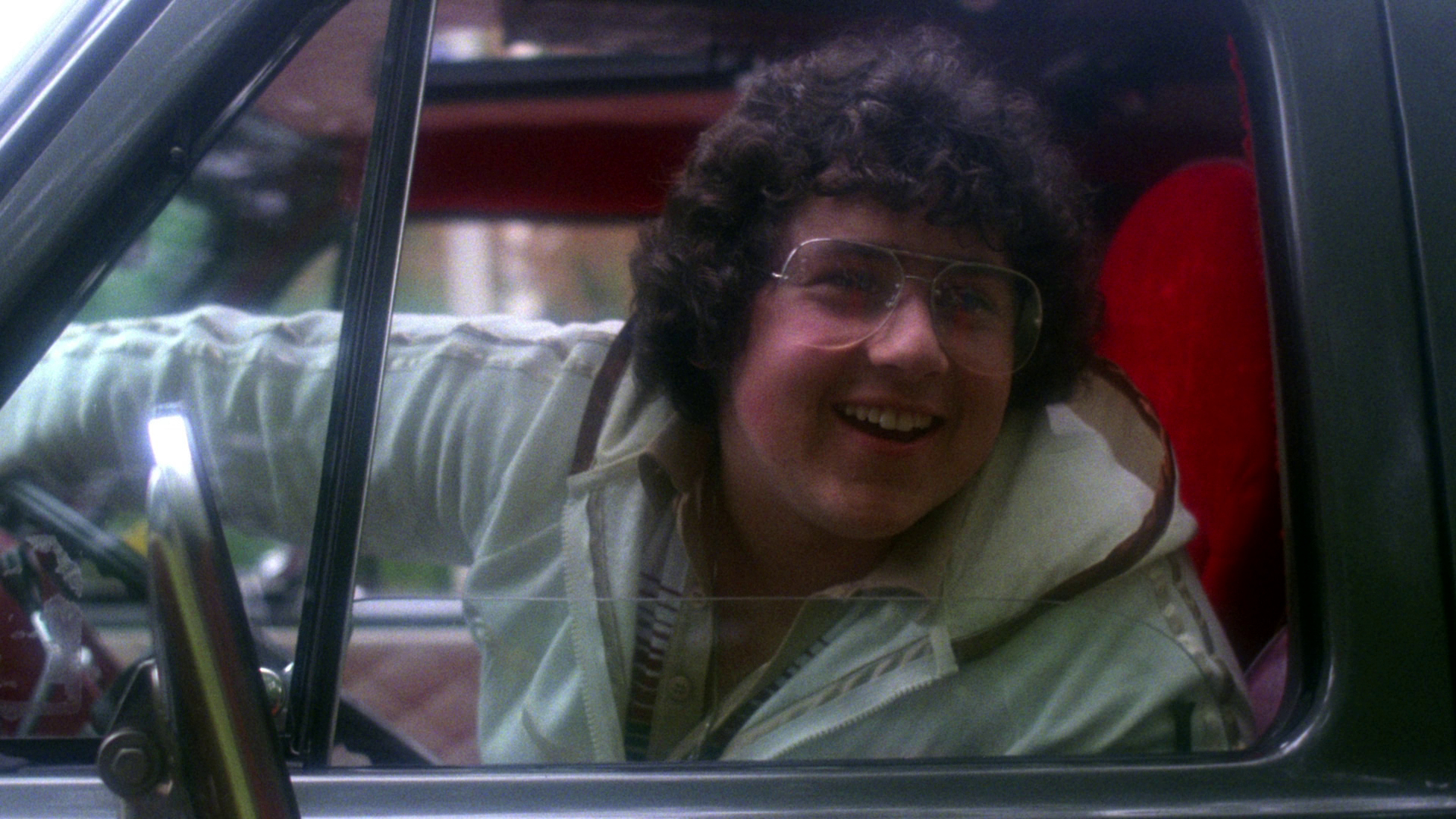 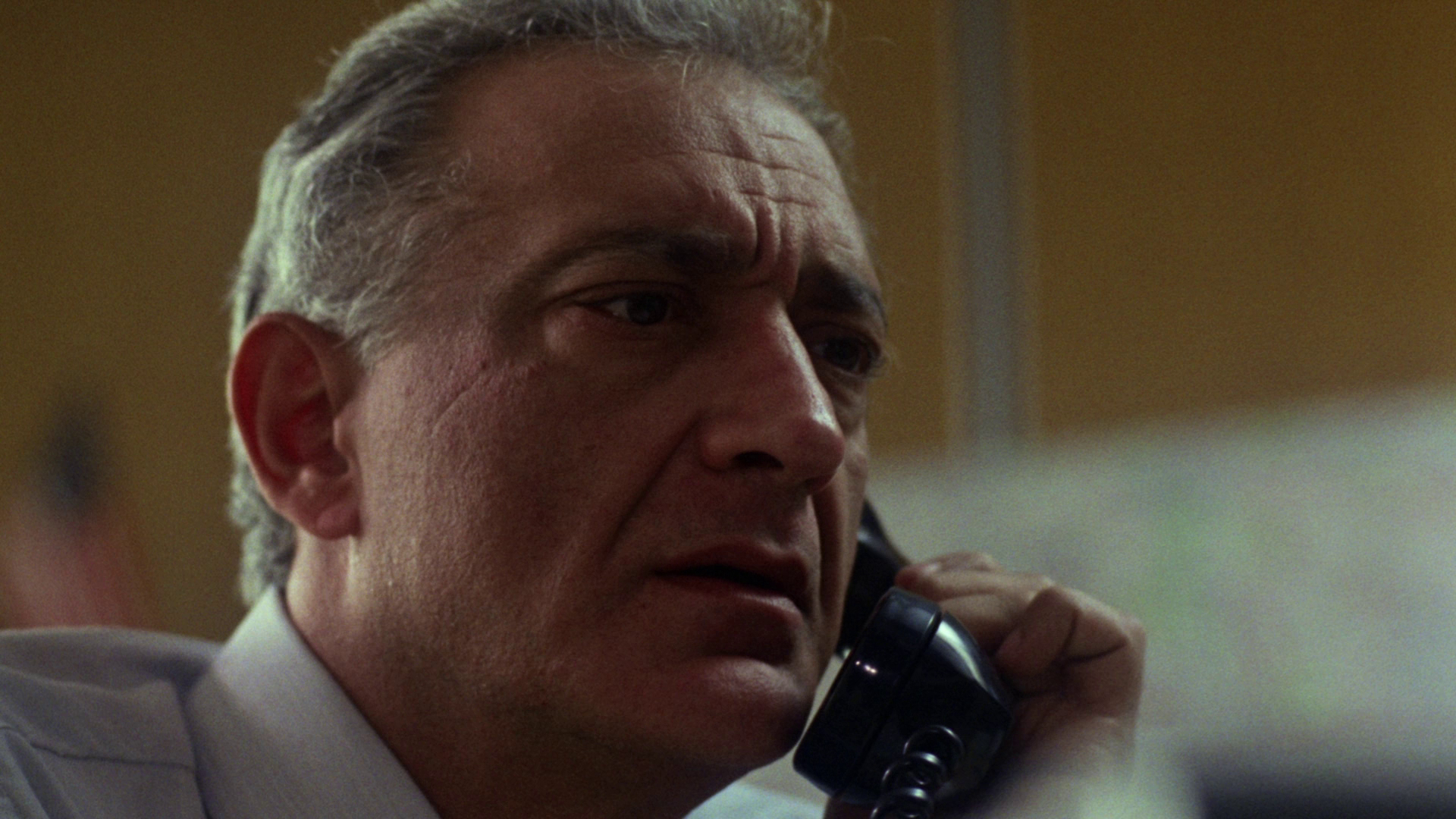 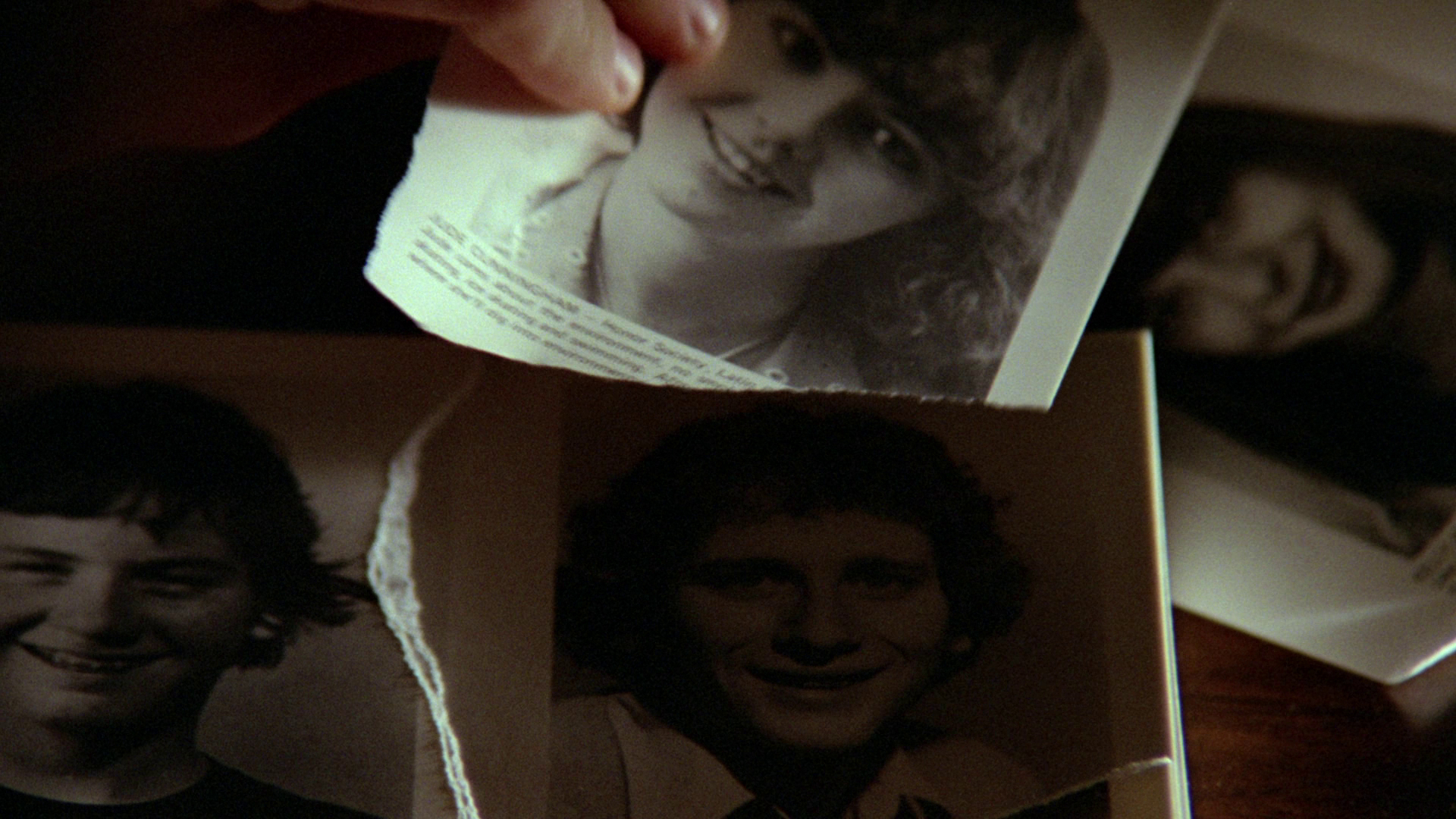 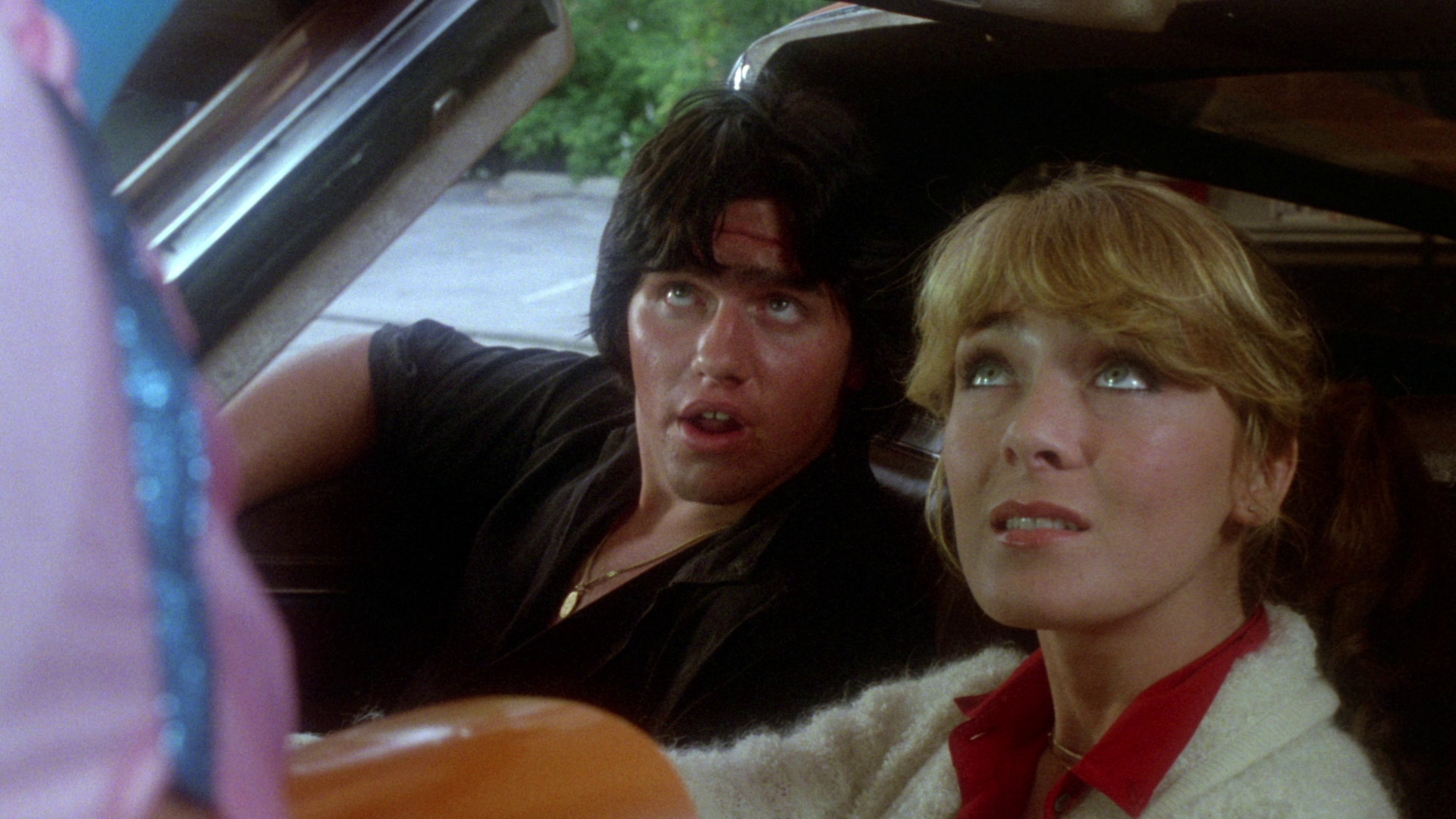 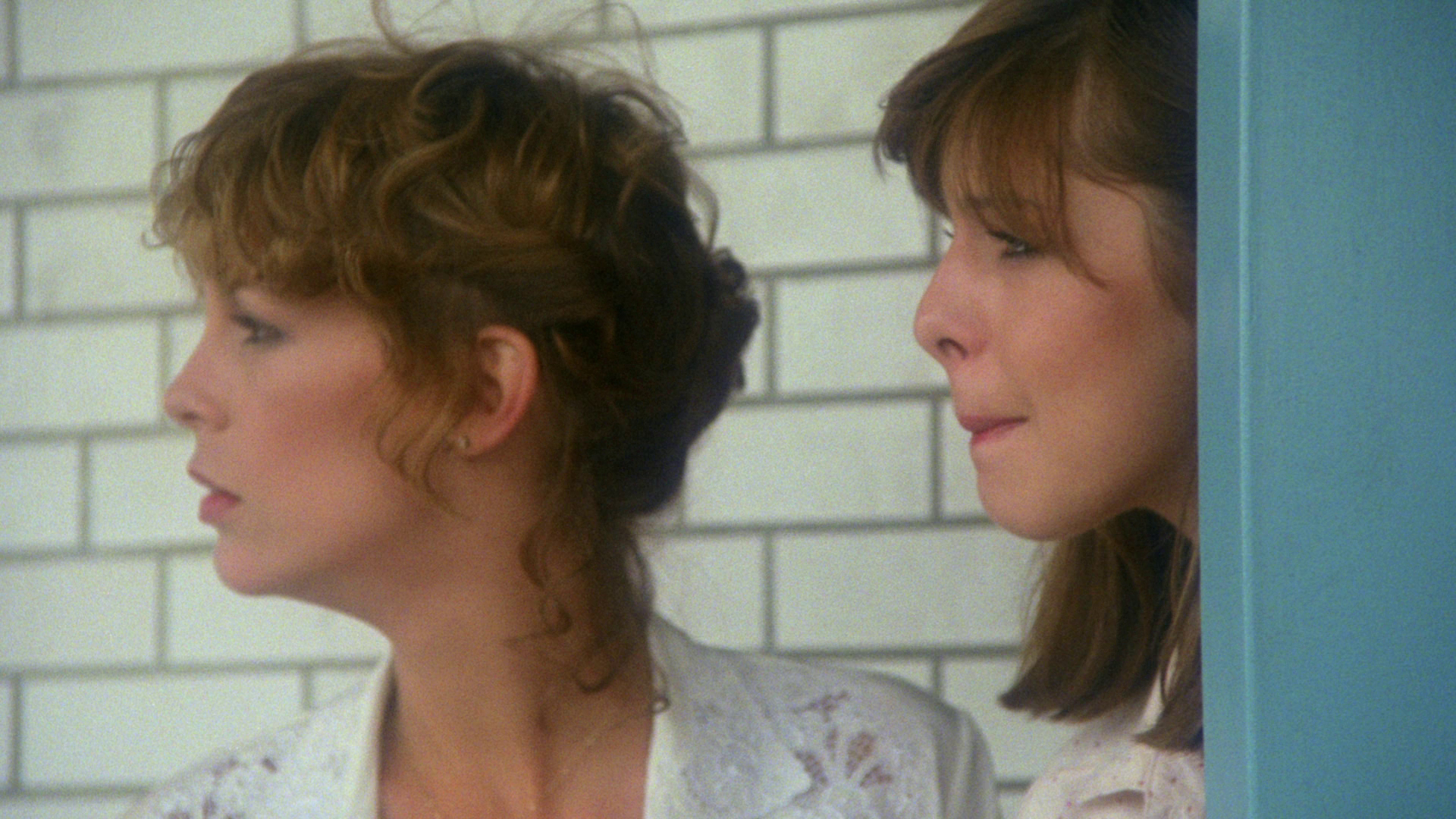 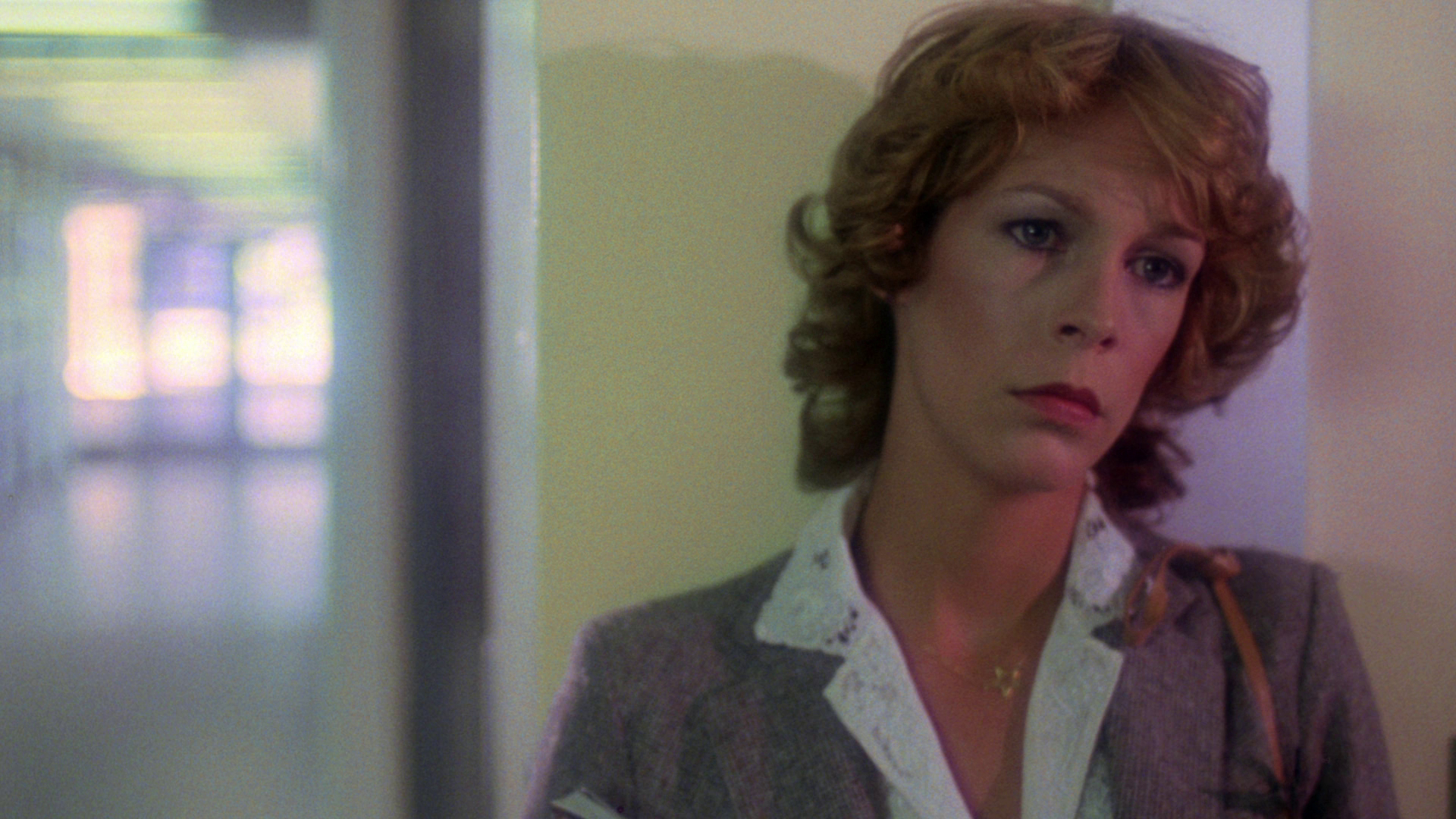 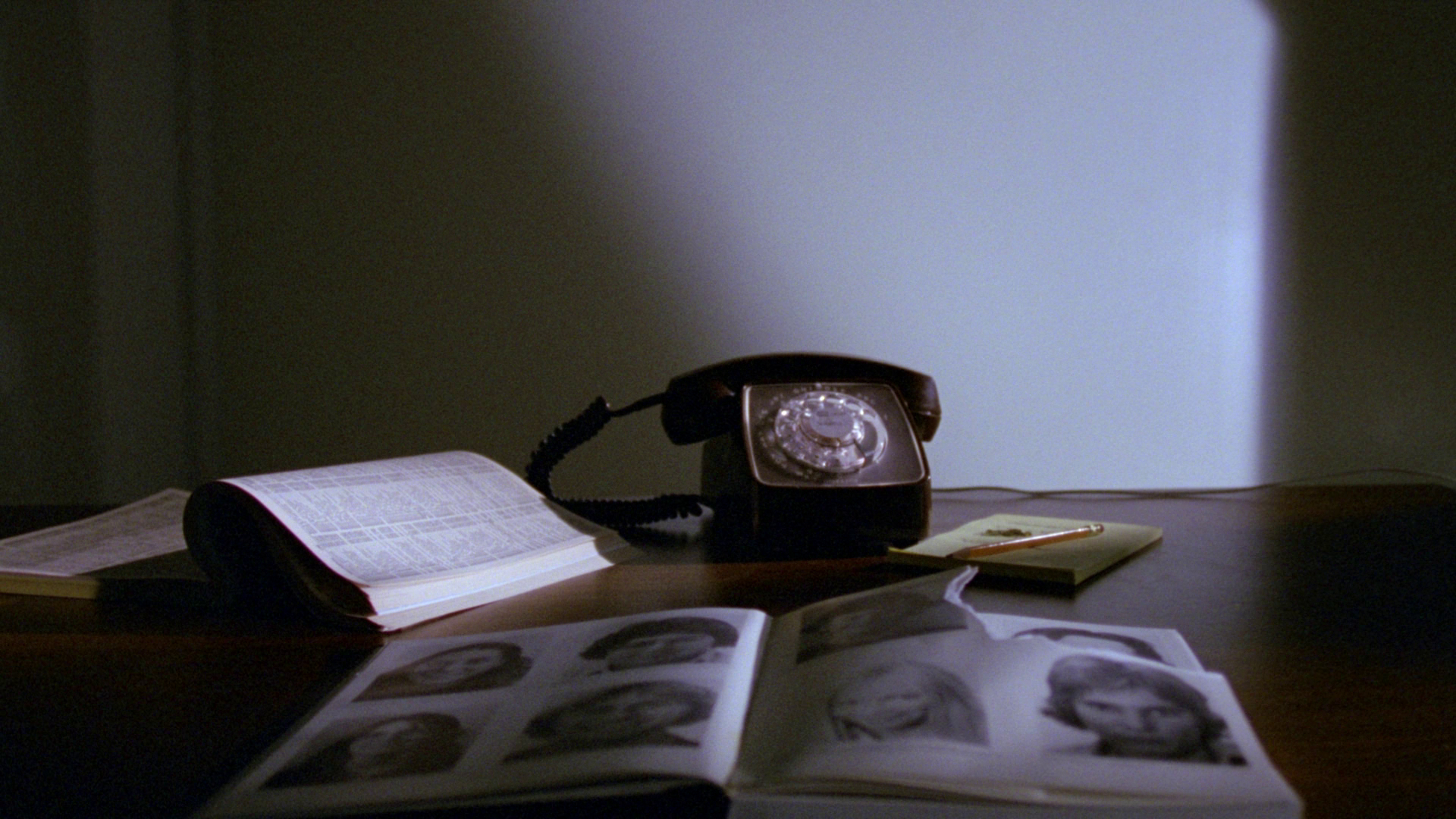 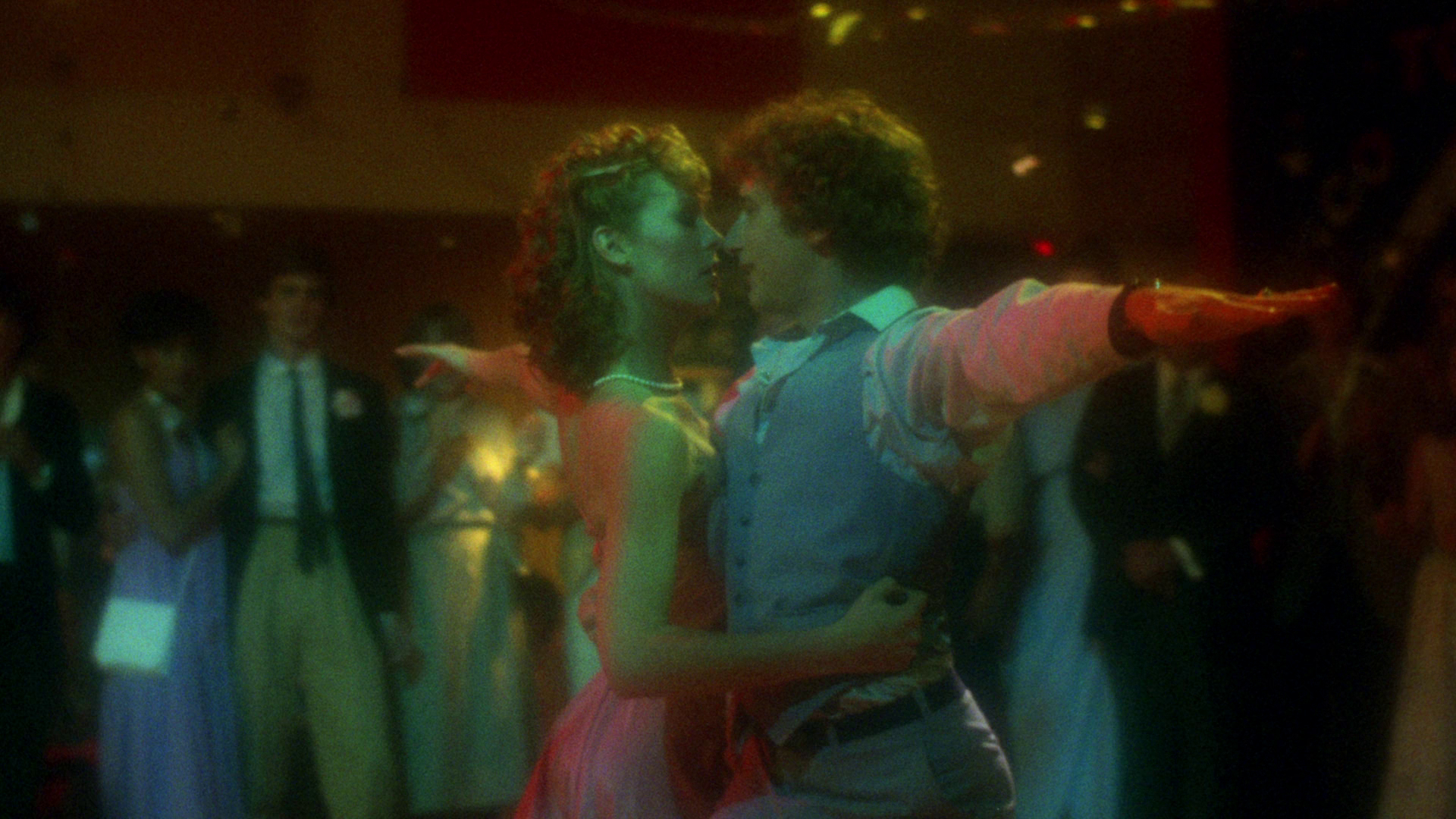 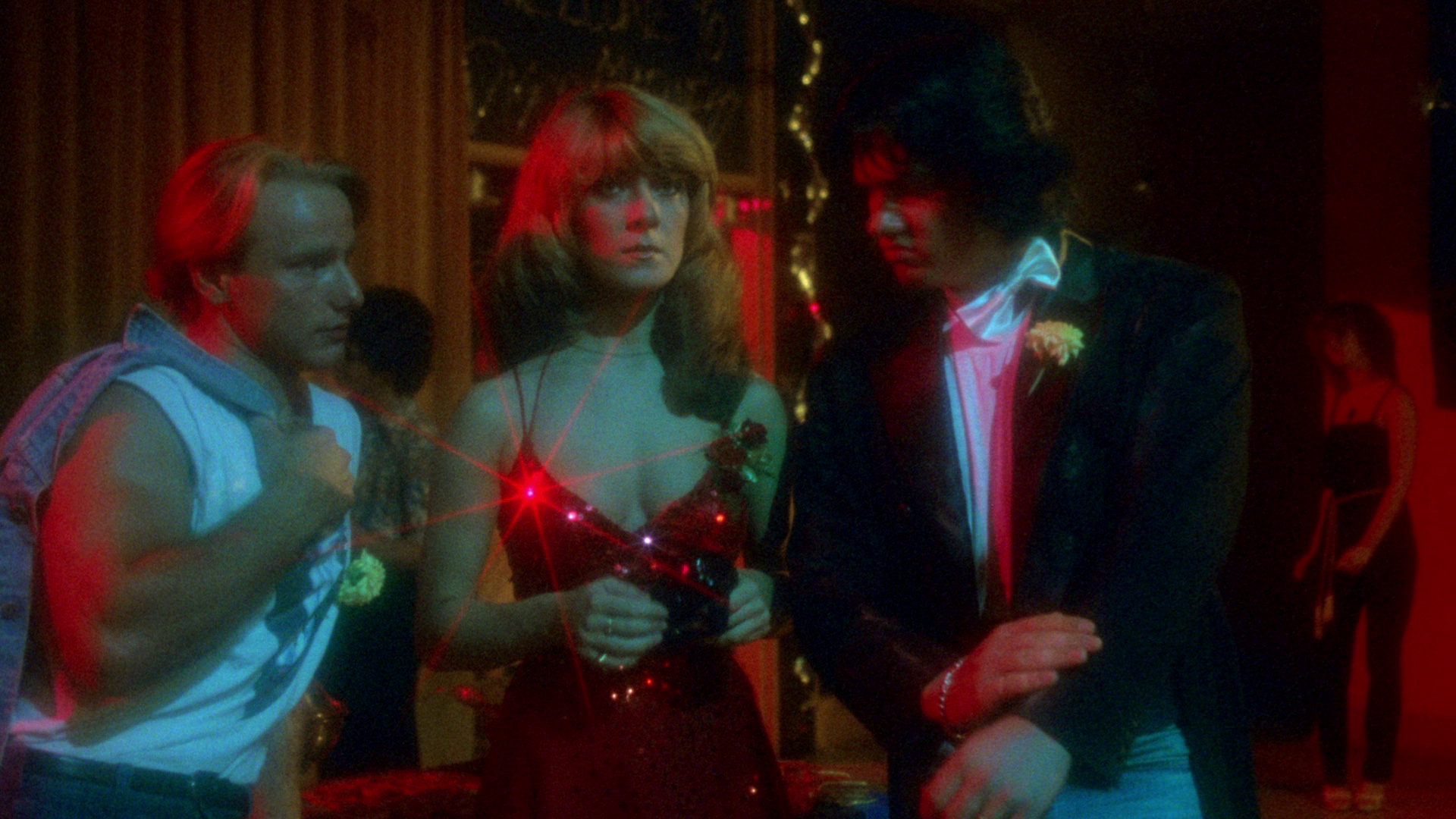 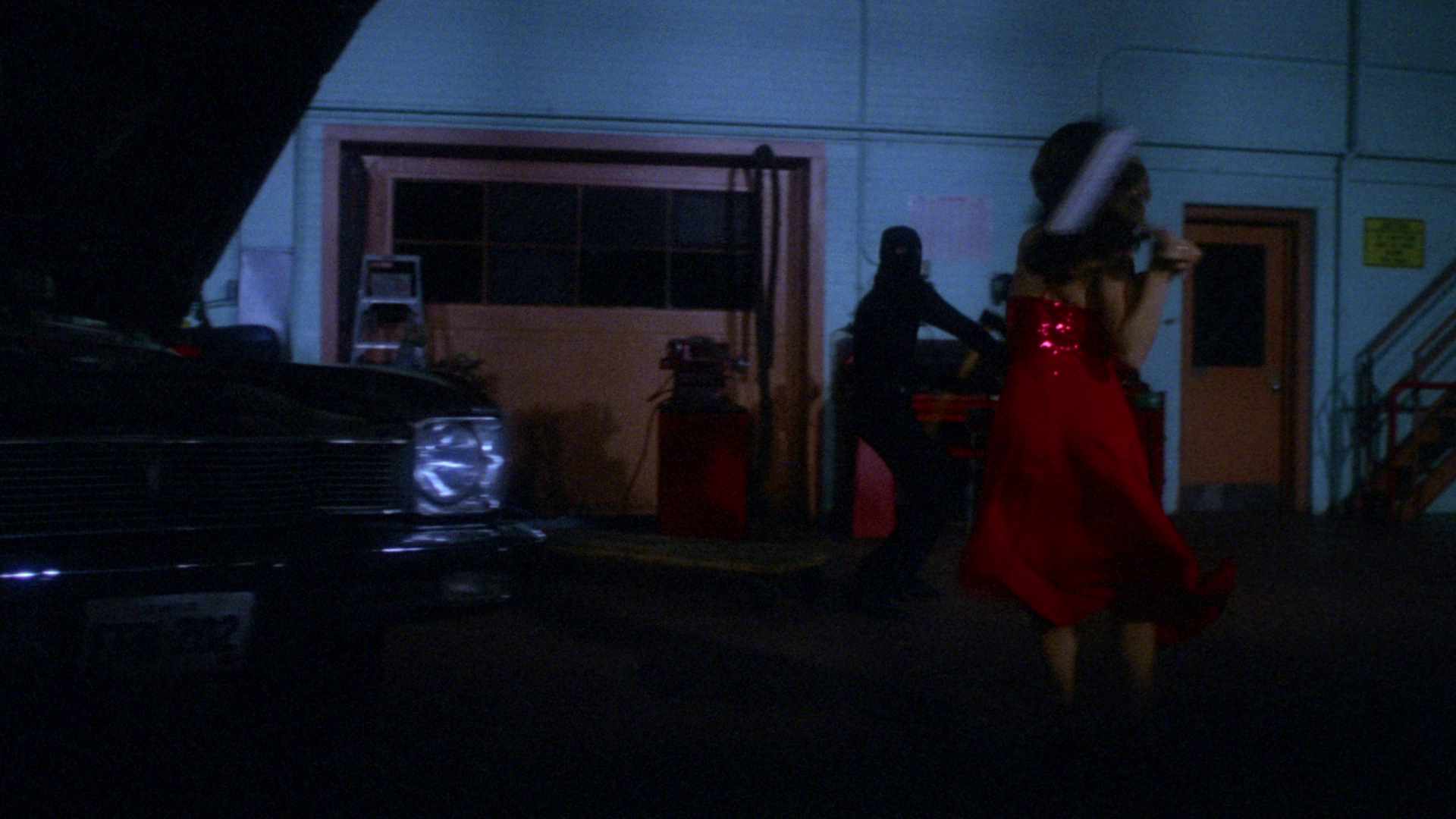 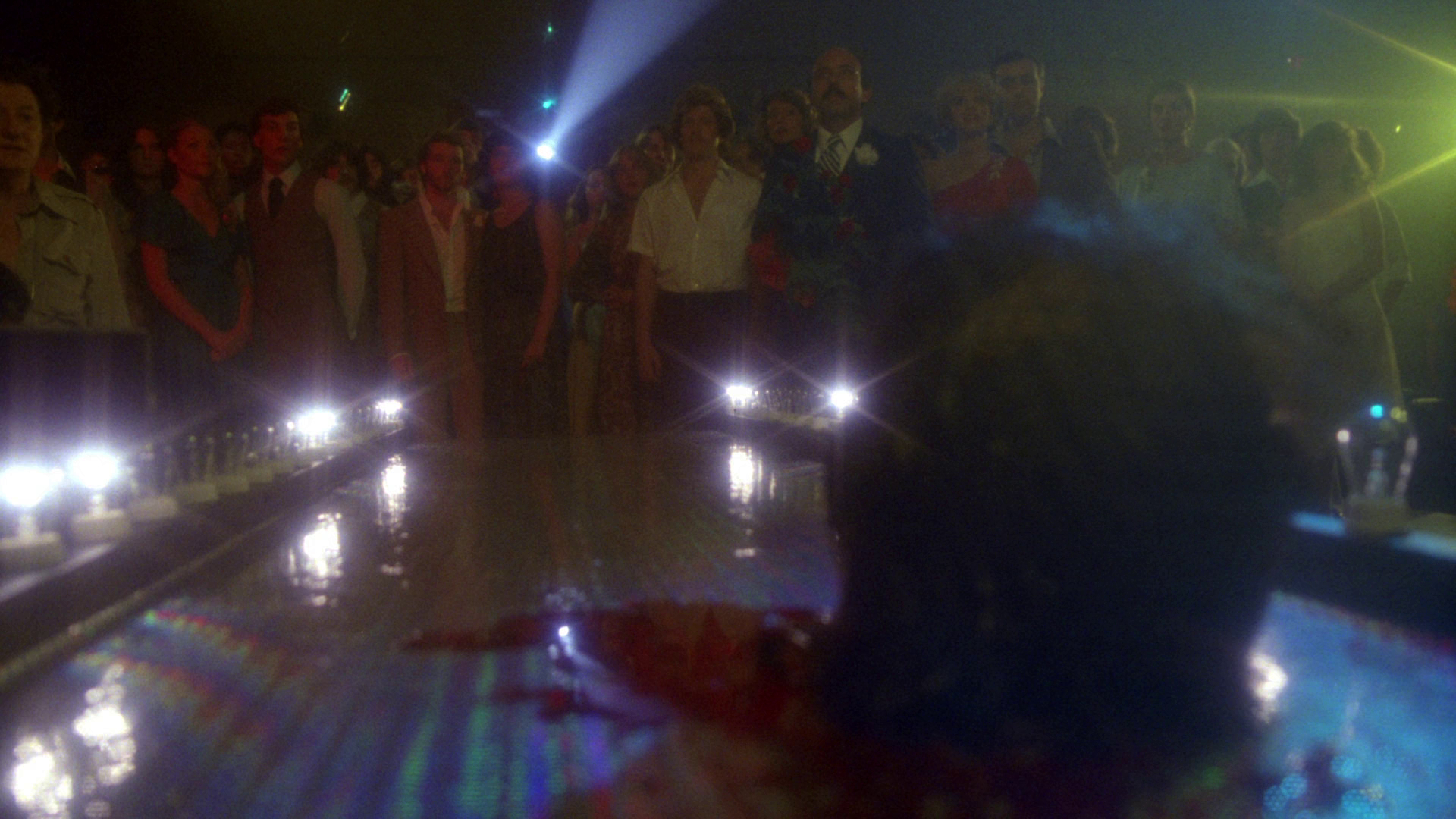 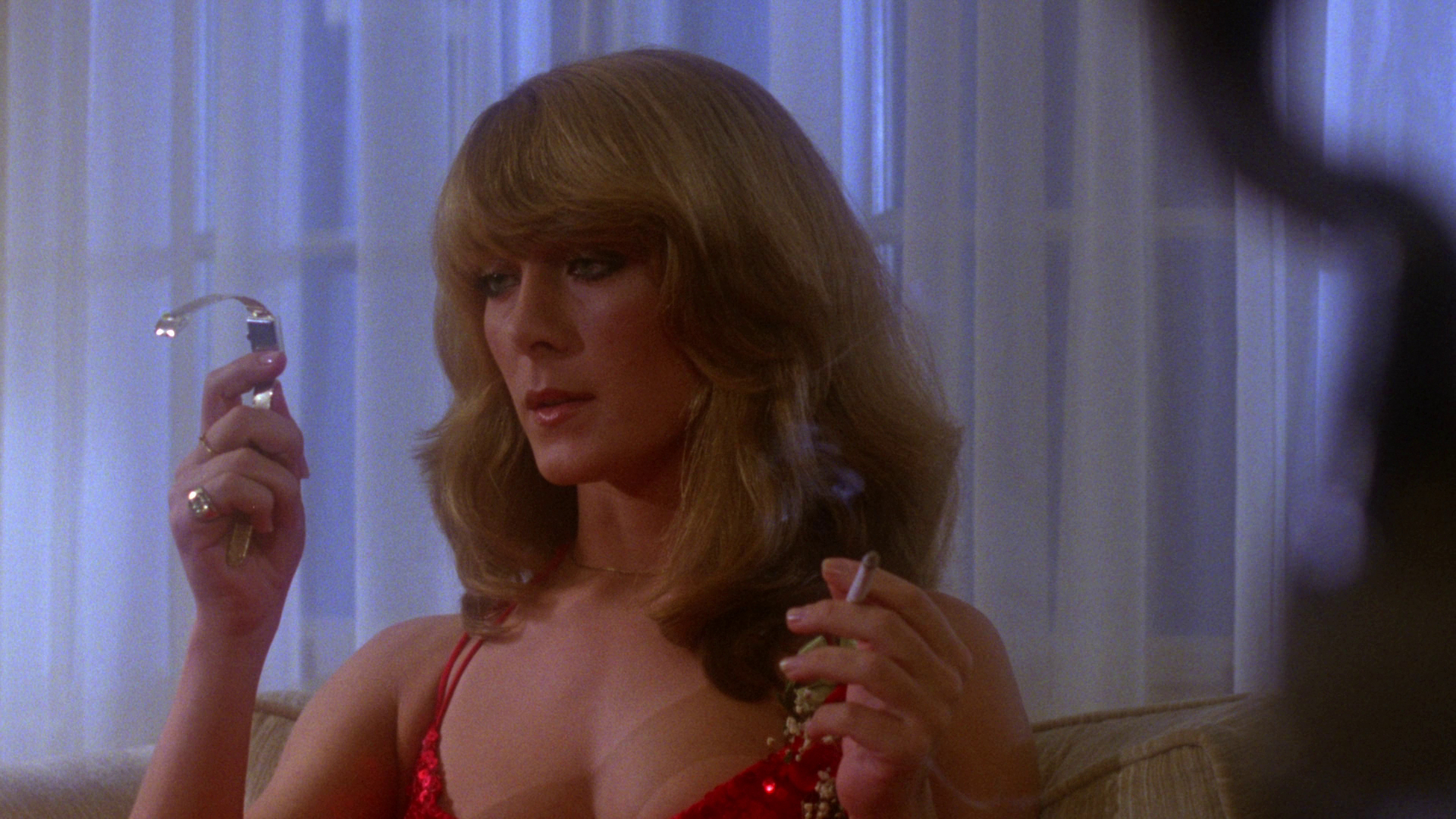