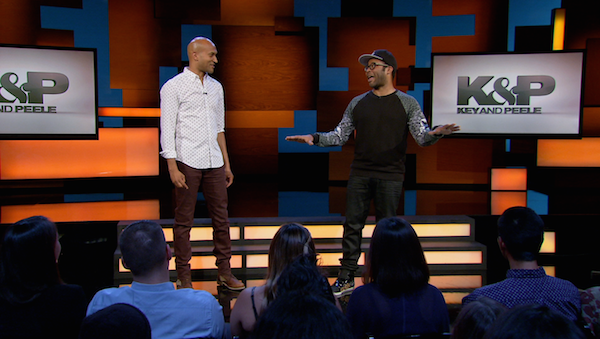 The Comedy Central sketch show Key & Peele is heading into its triumphant fourth season, and so (much more quickly than they did with seasons 1 & 2) the cable network has put out another spotless-looking Blu-ray for the show's excellent 13-episode third season. Though the package is a little lighter on bonus features than previous releases, the main episodes are among the finest that the series has offered so far.

As the title suggests, the show is headlined by two top-notch improv and sketch comedians named Keegan-Michael Key (the lanky, bald one) and Jordan Peele (the bespectacled, slightly stocky one), who both worked on later seasons of MADtv.

Coming from mixed-race backgrounds, the comedians don't shy away from sketches about black culture or race relations, but that's not all the show is about; Key and Peele are also essentially pop culture nerds, so the show just as frequently mocks movie and TV show tropes. Movies that get skewered this season include Saw (the fellas play contented torture victims), Les Misérables (Key, as Javert, gets flustered by all the different songs being sung simultaneously), Django Unchained (Key and Peele play slaves forced to fight each other to the death, but neither wants to actually get hurt), and Ratatouille (Peele has a sandwich-making rat, but Key is disgusted by its tendency to nibble the bread and poop on the finished product). The valet parkers from season two, who emphatically declared their love for Liam Neeson (while unnecessarily pluralizing his name), return a few times this season to extol the virtues of "The Batmans," "Racist-Ass Melly Gibsons," and (really?) "Annie Hathaways."

Sports figures also continue to be solid fodder for the comedians this season, with sketches about over-celebrating in the end zone, excessive slap-ass in the locker room, and the brain-dead answers given during post-game interviews. Metta World Peace (the basketball star formerly known as Ron Artest and soon to be known as The Pandas Friend) returns for several editions of gibberish-filled Metta World News. And, presumably because 25 million Youtube views can't be wrong, we are treated to a direct sequel to the second season's viral hit "East/West Bowl," where the increasingly ridiculous names of college football players (like Silverberry Mouhon and Jazzmar Clax, both of whom are real people and not sounds I just made up) are again elevated to a level of sublime silliness.

The choice to do a direct sequel like "East/West Bowl 2" illustrates the tricky balance the show is forced to strike in this third season. Which jokes are worth retelling, and where should Key, Peele, and their writers just move on to a new concept? Of course, Saturday Night Live has remained a cultural force largely by finding characters with catchphrases that audiences want to see act out the same thing over and over again. But it doesn't work for everybody. In fact, the reason I gave up on Little Britain (after initially loving it) is the show's over-reliance on recurring characters whose scenes repeated the exact same comic beats every time they appeared.

Key & Peele's third season mostly nails this balance between new and old. Returning characters, like President Obama and his anger translator Luther, are given plenty of fresh topics to which they can apply their appealing shtick. When the writers do indulge in straight-up structural repetition of a prior sketch, as in the return of Mr. Garvey, the inner-city substitute teacher who is not fully equipped to deal with the conventions of a middle-class white high school, the standard is raised so that the replacement jokes are as funny or funnier than the first go-round.

Otherwise, the show has a high hit-to-miss ratio with its sketches. Even when a bit doesn't deliver huge laughs, the chemistry between the two lead comedians makes the show eminently watchable. This is most obvious during their host segments, when they introduce the filmed sketches in front of a live audience (as
Chappelle did) by doing short improv bits tangentially related to what's coming. As much as the goal is to entertain the audience, clearly Key and Peele are tickled just to crack each other up. I'm sure there must a drinking game out there where players have to drink every time Peele gets Key to break during the host segments. 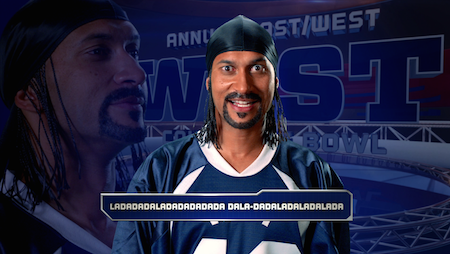 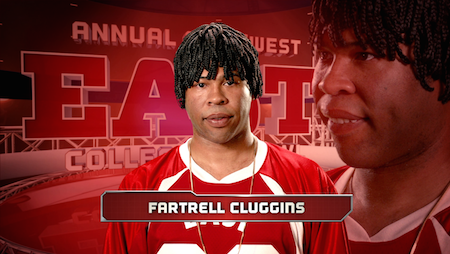 The Blu-ray
The Video:
As viewers might hope, the show looks even better on disc than it does on TV. The AVC-encoded 1080p 1.77:1 image boasts excellent clarity and similarly excellent color reproduction. The show effortlessly emulates different styles, shifting from moody cinematic palettes to poppier, bright TV studio lighting without the lows ever crushing or the highs burning out. I detected no encoding issues either.

The Audio:
The disc offers both a lossless Dolby TrueHD 5.1 surround mix and a compressed Dolby 2.0 stereo mix. Both mixes are strong and free from defect. Obviously the 5.1 mix gives the more elaborately cinematic sketches (like a Miami Vice parody that involves a slo-mo exploding car) more oomph. Nonetheless, I often preferred the 2.0 mix despite not being lossless, just because the show is mostly talk and doesn't need diffuse ambience and a bunch of directional effects to deliver its humor.

(HD, 22:48 total) - Seven webisodes featuring Key and Peele as Vandaveon and Mike, two Key & Peele fans who critique sketches from the show and generally suggest sophomoric ways to improve them. This season, Van and Mike try to blaze their own trails, without having to mention Key & Peele at all... but inevitably they end up returning to their old phallocentric sketch-critiquing ways.

Final Thoughts:
Though the third season features many returning characters and a few direct sequels to earlier sketches, it is probably the show's strongest and most inventive collection of episodes to date. (Let's hope they can keep it up for season 4, which will sprawl out to 22 episodes.) Highly Recommended. 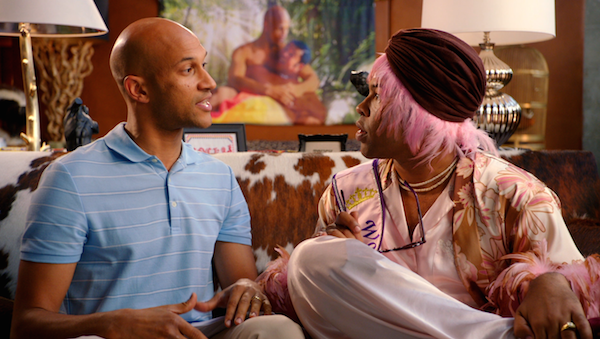