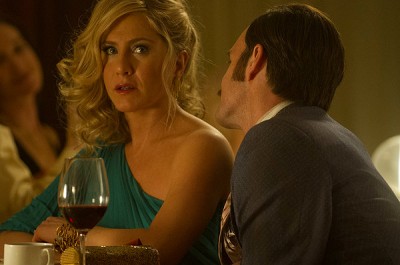 There's a certain cool that filmmakers have been able to parse from the late Elmore Leonard's writing that automatically lends itself to cinema if the folks making the movies have even a basic sense of style and are smart enough to trust the writer's ear for dialogue. It means that even a middling effort like Daniel Schechter's Life of Crime manages to come off as entertaining, even if one isn't entirely sure if Schechter is trying on Leonard's clothes directly or simply borrowing the wardrobe from those who came before, most notably Quentin Tarantino (Jackie Brown) and Steven Soderbergh (Out of Sight). Life of Crime is an entertaining crime picture that applies a laconic lean to Leonard's twisted plot and expanded cast of characters, good enough for what it is, even if it lacks that extra touch of something Schechter's more accomplished peers might have lent the material.

Life of Crime is based on Elmore Leonard's novel The Switch and it stars Deadwood's John Hawkes and rapper Yasiin Bey (formerly Mos Def) as Louis and Ordell, two hustlers who spot an easy mark in corrupt real estate developer Frank Dawson (Tim Robbins). Frank is married to Mickey (Jennifer Aniston), a trophy wife that the kidnappers believe Frank will pay a pretty penny to get back. As added insurance, the boys have the inside scoop on Frank's dirty dealings. If he won't cough up that penny, they'll drop a dime on him.

Seems easy enough. They see their opportunity when Frank is going out of town, and they pounce. Only, complications start from the word "go." First there is the matter of Marshall (Will Forte), the family friend who thinks he can sneak in and woo Mickey while she's alone, only to walk in on the crime. Then there is the fact that Frank is actually holing up by the beach with his mistress, Melanie (Isla Fisher), and was planning to serve Mickey divorce papers anyway. If this kidnapping went the wrong way, he'd be free of his marriage and keep all the money. He's not going to go to the cops, and neither is Marshall, who is scared of having his extramarital lusts exposed. It's enough to make a damsel in distress wonder what she's got to do to get rescued. 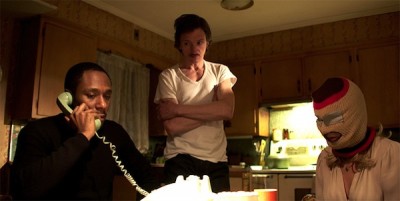 How these various players intersect and how their schemes pan out is very much the thrust of Life of Crime. In terms of plot, Schechter, who both wrote and directed, shows a confident hand. The pieces all fit together without too much effort, and the director never appears to lose track of any of the various threads. The narrative could have easily been bogged down in too much exposition or derailed by unnecessary tangents, but Schechter opts for efficiency over storytelling pyrotechnics.

Where maybe a little flash--or at the very least, sizzle--might have served well, however, is in the dialogue. Leonard characters have a certain panache for language. Fans of the previously listed adaptations, not to mention the film Get Shorty or the TV series Justified, know that Leonard's cops and robbers are as defined by their turns of phrase as they are by the things they do. In his world, actions don't speak louder, they are more on an even playing field with words. Life of Crime relies heavily on wheeling and dealing, bluffing, and cons. There's only one shootout, and only a couple of other instances of physical violence. This is a crime movie with very little bloodshed.

So it's quite the disappointment that the dialogue isn't as smart or as sassy as one might expect. It's not that Schechter doesn't have a cast capable of delivering it. Hawkes and Bey have a great rapport and make for an engaging duo. Aniston also proves rather adept as Mickey. Life of Crime is probably her best role in some time, for once requiring her to play on her smarts rather than her sexuality (read: no strip scene, a la We're the Millers, Horrible Bosses, Wanderlust, etc.). Mickey is a rather interesting heroine, actually, taking more charge of her own life the more deception her kidnapping reveals. She's the only character with a significant third act here.

This lack of bedazzlement is the only thing that will consign Life of Crime to the middle of the pack amongst Elmore Leonard adaptations. It just doesn't have the pizzazz to rival its betters. Which is too bad, there's so much potential here, and so much to like anyways. Set aside the lineage, and it's a solid crime film with an excellent cast. Don't pass it by. 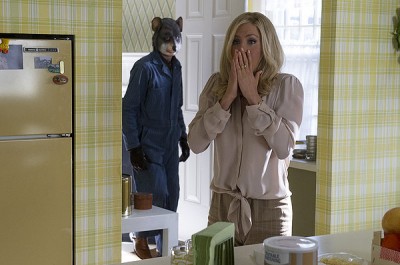