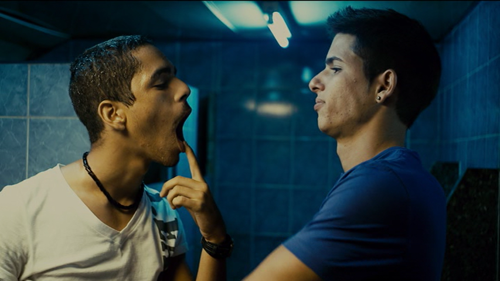 One of the cool things about d.i.y. indie cinema is its ability to realistically portray same-sex relationships in not-so-accepting societies. Director Antonio Hens' 2013 feature The Last Match is one project - a sobering account of two soccer-obsessed youths coming together in sweltering, dirt-poor Havana, Cuba.

Using a cinéma vérité style with handheld cameras and a gritty intimacy, The Last Match serves a dual purpose of showing the difficulties of coming out in Cuba and the effects of that region's rampant poverty. It focuses squarely on two young men in Havana, Renier (Reinier Diaz) and Yosvani (Milton Garcia), unemployed friends who spend their days in a vacant lot playing on the same team in pickup soccer matches. Renier supports his wife, Lludimila (Jennifer Rodriguez), and mother-in-law, Teresa (Mirtha Ibarra) by hustling wealthy male visitors to the city - with the women's taciturn approval. Meanwhile, Yosvani lives in the relative luxury of suburbia with his girlfriend, Gema (Beatriz Mendez), and her bombastic father, Silvano (Luis Alberto Garcia). Although it's expected of Yosvani to eventually marry Gema and work for Silvano's operation dealing in black market electronics and clothing, his real ambition (like Renier's) is to become a pro soccer player. As with a lot of guys in poor American cities, Renier and Yosvani cling to the hope that they might be spotted by a college recruiter and eventually become a rich pro athlete.

In movies like The Last Match, there's always a wrinkle. Here, it shows up when Renier and Yosvani share a drunken kiss in a nightclub bathroom. Their experiment becomes a playful, sexual relationship - not quite boyfriends, yet more than casual buddies. The people surrounding Renier and Yosvani initially have no inkling of their mutual attraction. When the intensity of their trysts dawns on them, the complexity of their reactions makes the film that much more nuanced and interesting. To the credit of director Antonio Hens and his co-screenwriter, Abel Gonzalez Melo, the story and characters all come across as realistically as possible. The bisexual Renier is the more pragmatic of the two, making it all the more heartbreaking when he must break away from Yosvani's desperate, increasingly obsessive devotion. Another obstacle for Renier and Yosvani comes when Renier becomes attached to Juan (Toni Canto), a well-to-do Spaniard visiting Havana on business. As Renier regularly trades sexual favors with Juan for cash, he begins to realize that Juan could be his ticket out of Cuba, with the rest of his family following later. While Renier's mother-in-law treats Juan like a visiting dignitary, the film brings up a lot of interesting points about wealth and poverty, the lines between love and sex, and staying true to one's self versus sacrifice for the greater good. Those looking for a simplistic "happily ever after" tale are bound for disappointment, but all others will find this film a quiet, thought-provoking experience.

Foreign-language gay dramas, on a whole, tend to be hit-or-miss. A complex, worthwhile effort like 2012's Out in the Dark is supplanted with many amateurish hack jobs like 2008's Twisted Romance. The Last Match has its own problems (mainly the fact that several scenes simply amble on with nothing of note happening), but the film's understated, gritty milieu, realistic situations, and nice performances make it a worthwhile watch. 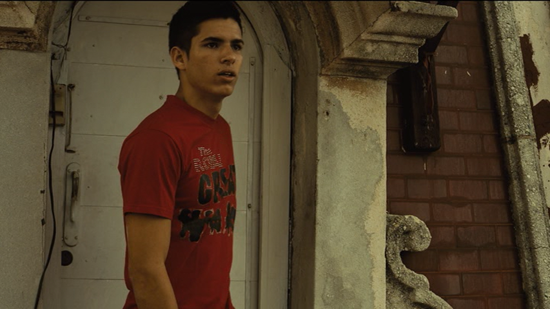 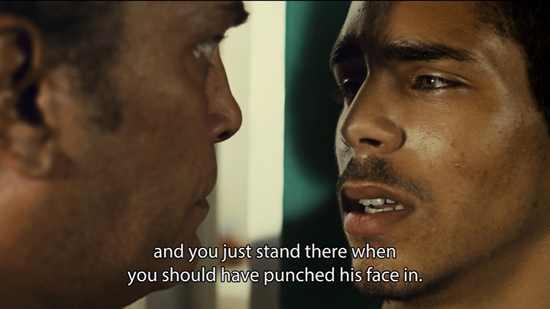 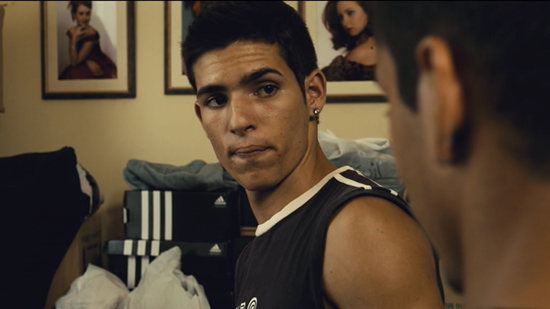 The 1.85:1 anamorphic widescreen image on Canteen Outlaws' edition of The Last Match gives the film a clean, crisp look with nicely saturated color and a good amount of detail for the DVD format. Photographed using a shoulder-mounted camcorder, the digital image was visually tweaked with various post-production effects - giving it a warm, summery feel often at odds with the bleak storyline.

The DVD's Spanish-language soundtrack is a pleasant, no-frills stereo mix with clear dialogue and lifelike balance between spoken words and sound effects (aside from a few instances of ambient songs, there's no music or scoring). A few times, I mistakenly thought the sounds of crickets chirping came from outside our home and not the film. The English subtitles are burned into the image, unfortunately.

Trailers for this film and a few other gay-oriented releases from Canteen Outlaws are the sole extras on this disc.

Turbulent Cuban same-sex drama The Last Match might be a little too understated to find a huge audience, which is a shame - those seeking out a challenging, interesting look at how gay and bi-curious men survive in a poverty-stricken, conservative society will not be disappointed. Recommended. 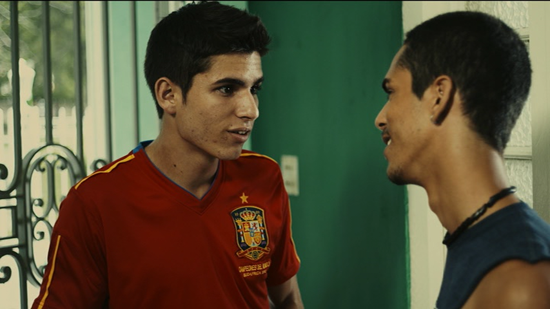