Walk Among the Tombstones, A 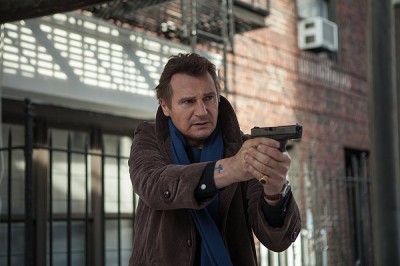 As with any genre, there is a predictability to private detective stories that detractors cite as their reason for preferring other things but that fans tend to find comforting. The expectation of watching the detective stumble from one exposed lie to another, taking a beating or two along the way, falling two steps back for every step forward his investigation takes--this is why we go to a movie about a noble, nosy shamus.

A Walk Among the Tombstones is written and directed by Scott Frank, the screenwriter on Out of Sight whose previous solo project was the underseen The Lookout. Here he is adapting Lawrence Block, whose Matt Scudder series of books has already been the inspiration for one previous film, 1986's 8 Million Ways to Die. Neeson takes over for Jeff Bridges this time around, playing the character long after the effects of a violent shootout and too much booze have caused him to quit the police force and the bottle both. Scudder now works as an unlicensed P.I. who sometimes does favors for people when they need help.

When a recovering junkie Scudder met in AA asks the former lawman to help out his brother, however, it turns out to be more than he bargained for. The brother, Kenny (Downton Abbey's Dan Stevens), is a drug trafficker whose wife was kidnapped and killed, despite his having paid the ransom. Assuming it's connected to Kenny's business, Scudder refuses at first, but Kenny's emotional description of events sways him. Scudder decides to dig deeper. He uncovers other bodies he thinks are connected. This wasn't just a one-time thing.

A Walk Among the Tombstones is set in 1999, with Y2K and the potential loss of everything looming over everyone. Frank's aesthetic, though, is pure 1970s. Character is king and integral to the storytelling. You see that right from the opening sequence, a flashback to Scudder's bad day that audaciously ends with the film's title hanging in simple text over the protagonist's head. He will rule this story, commanding the audience's attention the same way he will command that of all those around him. 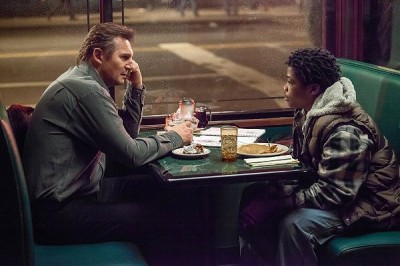 This, of course, is something that Neeson is more than capable of. His acceptance of his role as elder statesman amongst action stars is more than cemented here. He is quiet and reserved and not at all showy. In some scenes, his reputation amongst moviegoers for being the badass in Taken maybe allows him to get away with being a little too tough with too little effort, but the fact that Frank follows such posturing with a witty putdown smooths out any reservations one might have. The man that Scudder has just exposed asks what gave him away. "Everything," Scudder says, his voice dry and without inflection. "You're a weirdo."

Other shortcuts are maybe a little harder to forgive, as are maybe some other genre tropes. Scudder reveals at least one piece of information a tad too conveniently, the card having been held too close to the vest, if indeed we are to believe he held it at all. Likewise, the teen sidekick Scudder picks up (Astro, Earth to Echo) never evolves into more than a device there to serve the plot by disobeying his smarter mentor and being where he shouldn't.

Luckily, that kid disappears for time to time, and the other supporting players are generally pretty good, including a finely tuned sinister turn from The Newsroom's David Harbour. Frank paces the movie well, peppering in a few red herrings, but never being so obvious about them as to cause annoyance when they don't pan out. A Walk Among the Tombstones quickly becomes more about the why and the how than the who anyway, and the big climax has enough tension and a few added shocks to keep you on the edge of your seat even after the facts have been revealed.

In other words, Liam Neeson cleans up all the lies and takes his beatings just like he's supposed to, making A Walk Among the Tombstones a quite good private detective thriller with a fair amount of smarts and more than enough bite. 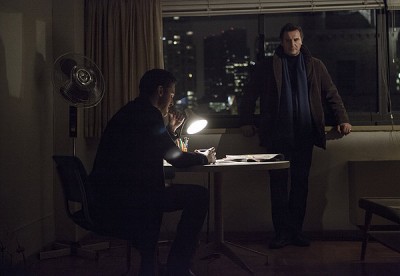