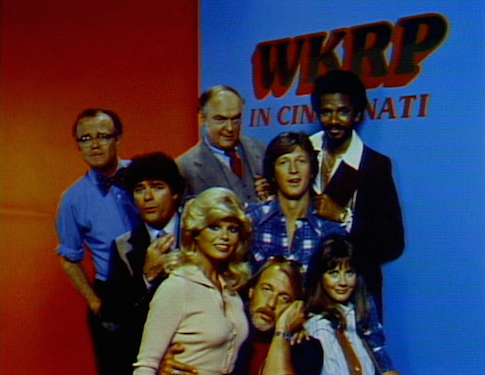 WKRP in Cincinnati (1978-1982) is one of American TV's great workplace comedies, riffing on the experiences of creator Hugh Wilson (Police Academy, Blast from the Past) when he worked at an Atlanta radio station. Unlike most workplace comedies, though, WKRP was set specifically at a radio station that is first seen transitioning from sleepy-time tunes aimed at senior citizens to lively, loud rock and roll. For verisimilitude -- and often as a clever device commenting on the story -- the show used real rock tunes. Unfortunately, as many pop culture fans know, this practice often leads to years of home video delays, due to legal red tape, and eventual soundtrack compromises (see also: The Wonder Years, The State, Heavy Metal, and China Beach, among dozens of others).

Fox originally released the first season of WKRP in a highly compromised 2007 edition that featured generic muzak in place of those well-remembered rock tunes, and many undubbable moments were just cut outright (the streaming version of the show, currently on Hulu, has these annoying compromises too). Last fall, Shout! Factory put out a complete series box set that didn't manage to right absolutely all of the wrongs (hey, why don't you try to get Pink Floyd to agree to license a song to an old TV show for less than a billion dollars and see how well it turns out?) but righted many of them and was certainly a significant improvement over the original DVD edits. (Brian Himes posted a guide over at Home Theater Forum, detailing all the edits and substitutions that persist in the new box set.)

Now, Shout! Factory is releasing the four seasons of the show separately (seasons one and two are both currently available, although they only sent DVD Talk season one for review).

Considering that it's been at least a decade and a half since I've sat down to seriously watch WKRP in Cincinnati, I was immediately struck both by how many storylines I still remembered from watching the show back during its syndication airings and by how well its writing and performances have held up in the intervening years. Every single episode in the show's first season is not a total winner, but none of them are subpar and skippable either. The show starts out smart and strong, if maybe a little too reliable on zany happenings. Then, after eight episodes, CBS scheduled the show in a new time slot and it was slightly retooled. The show came out even smarter and stronger, with a focus more on finding humor directly from the way the show's ensemble plays off each other. 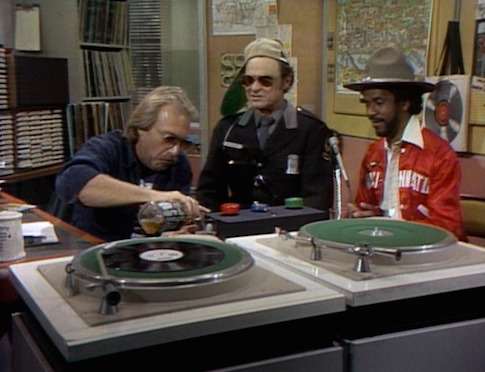 The set-up is simple. Gary Sandy, putting out a McConaughey vibe years before McConaughey, plays program director Andy Travis, who sees programming rock and roll as the salvation for the perpetually low-rated WKRP. His boss, the sweetly dim-witted and indecisive "Big Guy," Arthur Carlson (Gordon Jump), backs this new direction, despite his constant fear of being scolded by his mother, who owns the station. His receptionist, Jennifer (Loni Anderson), is a blonde bombshell who is simultaneously the secret brains of the office, frequently taking care of everything so that the Big Guy doesn't get involved and screw things up. She is an object of desire for everyone at WKRP, but particularly for married sales manager and office blowhard Herb Tarlek (Frank Bonner), who aggressively tries to get Jennifer to date him at nearly every moment. Herb is chummy with awkward, congenitally square newsman Les Nessman [what a name!] (Richard Sanders), and the two of them share the office "bullpen" with shy but ambitious Bailey Quarters (Jan Smithers). Providing the on-air entertainment are past-his-prime smart-ass burn-out Dr. Johnny Fever (Howard Hesseman) and Ohio's best approximation of Soul Brother #1, Venus Flytrap (Tim Reid).

The strength of this cast can never be overstated. In any given episode, a different member of the ensemble will become the comic MVP. The beloved Thanksgiving episode "Turkeys Away," which focuses on Arthur's misguided aerial live-turkey promotion, hinges on Richard Sanders's brilliant sense of timing as his character Les reports on the unfolding debacle and his brilliantly communicated horror once the "giveaway" begins. In the similarly well-regarded "Fish Story," which involves a storyline where Johnny and Venus get drunk on the air as a public service to demonstrate how it reduces a person's reaction time, Hesseman and Reid become a perfect double-act, giving different comic nuances to their different states of inebriation. In many scenes elsewhere, all I need to do is look at Gordon Jump's confused face to start laughing.

The show also nicely weaves in more serious story threads without getting bogged down. Les becomes suicidal after being accused of being a homosexual, a fill-in DJ is caught accepting cocaine as payola to play certain records, and, perhaps, most memorably, in the episode "Who Is Gordon Sims?," Venus Flytrap reveals that he is an army deserter. I spent a lot of this season wondering why Venus wasn't getting the spotlight in any episodes, which makes me think that Wilson and his writers knew that they wanted to unveil this dramatically potent backstory but had to wait for the right moment to do it. Tim Reid is definitely up for the challenge, and his performance of Venus's monologue detailing some of the atrocities Venus witnessed in Vietnam is perfectly underplayed and riveting.

As I mentioned before, the writing is consistently strong during WKRP's first season, and seeing the show with most of its proper song cues intact also provides the opportunity to see how cleverly the writers worked to make the music not just a backdrop for the show, but an active element of the comedy. Hearing the abrasive, clanky conclusion to a Captain Beefheart song is funny enough, but realizing that Johnny is playing it during a morning shift because he can sleep through anything makes it even funnier. When Les puts on an ascot and hideous toupee to confront Arthur about his no-fraternization rule in "A Date With Jennifer," the choice of Foreigner's "Hot Blooded" on the soundtrack makes for one of the funniest marriages of sound and image ever recorded. Even small jokes, like the use of The Doors' recording of "Alabama Song (Whisky Bar)" while Venus and Johnny get drunk or Creedence Clearwater Revival's "It Came Out of the Sky" after the turkey promotion debacle, demonstrate the thoughtfulness with which the entire series has been approached. 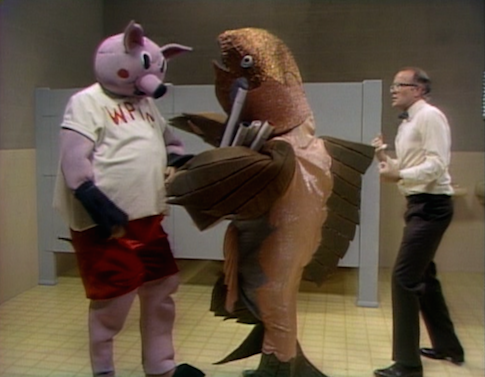 The DVD
Shout! Factory's reissue of WKRP in Cincinnati: The Complete First Season features 22 episodes on 3 DVDs, housed in one standard-sized keepcase. These are simply the first three discs of Shout! Factory's complete series box set. So, the widely-noted anomaly with the episode "The Contest Nobody Could Win" -- where an alternate earlier version of the climax appears, featuring John Wheeler in the role later played on-air by cult fave character actor Vincent Schiavelli -- remains uncorrected.

The Video:
Considering the era in which this show was produced, the video-shot standard 1.33:1 image is about as soft and smeary as most other shows of the same vintage. The episodes aren't crammed too tightly on the discs, which probably points to why there don't seem to be any noticeable digital compression issues compounding the dated analog flaws.

The Audio:
A noticeable hum persists on the Dolby 2.0 mono audio mix, but it never significantly interferes with the dialogue or those sweet, sweet reinstated song cues. The hum is basically a public service reminding you that 1978 was a long, long time ago and you have gotten quite old.

Special Features:
None. The audio commentaries from the 2007 release have not made the jump (they were specific to the re-edits anyway, from what I gather) and the 2007 featurettes were relocated onto the bonus disc of the complete series box set.

Final Thoughts:
This new re-release of WKRP's first season successfully preserves many of the great musical jokes that were lost in the previous DVD release. That makes it worthwhile for the long-time fans. It also provides a great opportunity to enjoy the consistently excellent start of one of TV's best-written, best-cast sitcoms. That makes it worthwhile for anyone else. Highly Recommended. 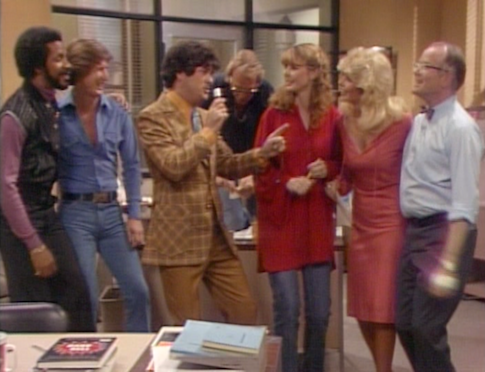