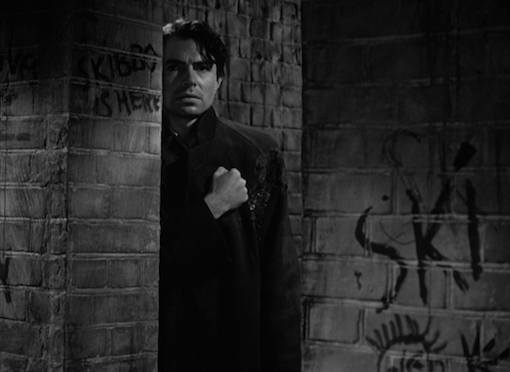 The ongoing conflict between Protestant loyalists and Catholic republicans in Northern Ireland is the context of 1947's Odd Man Out, but it is not exactly the subject of the film. Director Carol Reed (The Third Man) takes F.L. Green's purportedly loyalist-skewed novel and makes it a more even-handed, humanist thriller about an injured, wanted man wandering the streets of Belfast in a daze, wrestling with his conscience and hoping for some kind of salvation.

James Mason plays Johnny McQueen, the lost man in question. The "organization" to which he belongs is never named, but it's clearly meant to stand in for the IRA. At the beginning of the film, Johnny has spent the last six months in hiding after busting out of prison. He and his comrades are plotting a payroll heist to cover the expenses of organization members in need. Many of his partners in crime mutter that he's been out of the game too long to lead the raid, but Johnny refuses to step aside. The robbery goes off mostly without a hitch, until a nosy fella with a gun tries to intercept Johnny during the escape. Shots are fired (Johnny does not shoot first), mistakes are made, and Johnny is left stranded by his partners with a shot in his shoulder and the blood of a dead man on his hands.

The crime-world set-up to this story and cinematographer Robert Krasker's frequent use of expressionist lighting (spotlights and shadows, men running down city streets in silhouette) makes one tempted to lump this film into the "noir" category, but the strange by-ways that the story follows transforms Odd Man Out into an entirely different animal. The question of whether Dennis O'Dea's stern yet mild police inspector will get to Johnny before the girl who loves him (Kathleen Ryan) can whisk him to safety provides the narrative backbone, but the meat of the film is a series of episodic vignettes about how Johnny's presence affects the people with whom he crosses paths. Most of these characters have empathy for Johnny but fear being counted as collaborators. As the cabbie who finds Johnny passed out in his cab tells him, "I'm not for you. I'm not against you. But I can't afford to get mixed up in this." He then dumps Johnny in a junkyard, in the rain.

Scenes like that make it clear that while the film has eschewed explicit connections to political organizations, it is not without politics. While it's nothing like an excoriating diatribe, the film pointedly exposes many characters' petty self-interests and leaves the audience to judge them. In fact, for most of the second half of the film, all the characters that Johnny encounters in his dazed state want a piece of him. A pauper named Shell (F.J. McCormick) wants to see if he can get some money for him. His drunken artist roommate (Robert Newton) wants to distill Johnny's suffering onto a canvas. Even the kindly Father Tom (W.G. Fay) seems more interested in being the one to save Johnny's soul than in helping to improve or extend his life.

Odd Man Out attempts a tricky storytelling strategy and mostly succeeds. Most films with a passive protagonist, in which events happen to the main character instead of him making them happen, would be dead on arrival. But James Mason's performance is so magnetic and complex that even when his character doesn't seem aware of what's happening to him, we're still forced to root for him. To my taste, the film spends a little too much time with Robert Newton's painter, chewing the scenery as Johnny sits hallucinating, but most of the other interactions Johnny has in the film poses some valuable questions about what people owe to their fellow humans in terms of not just empathy but support. There's a certain fatalism to the tragic ending of the film but that's only because none of the people that Johnny encounters on his strange odyssey seem willing to fully stick their neck out to help another person. That might the bleakest, most film noir-like aspect of Odd Man Out. 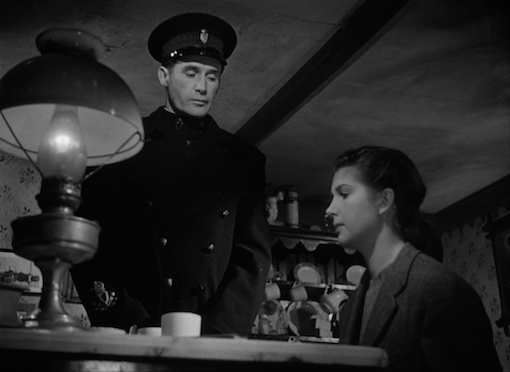 The Blu-ray
The Odd Man Out disc comes packaged with a fold-out booklet featuring an essay by film scholar Imogen Sara Smith, who previously appeared in a talking-head featurette on the Ride the Pink Horse disc.

The Video:
This is not the most jaw-dropping presentation that has Criterion has given us, but considering the age and relative lack of popularity of the film, this AVC-encoded 1080p 1.37:1 transfer is still satisfyingly strong. The image is clean and stable throughout, with strong contrast and inky blacks. The amount of detail fluctuates somewhat, with the early reels looking a bit softer than the rest.

The Audio:
The LPCM mono audio mix is defect-free. The dialogue is clear and the effects and musical score come through without trampling all over each other. It's solid, if not particularly noteworthy.

(HD, 23:50) - A dense, engaging discussion by UK film scholar John Hill that covers the historical and political (or apolitical) aspects of the film and the novel from which it was adapted. He also explores the film noir aspects of the film's style and how they are used to enhance the film's themes. He even goes so far as to discuss the variety of acting styles utilized and the fluctuating credibility of the accents spoken in the film. 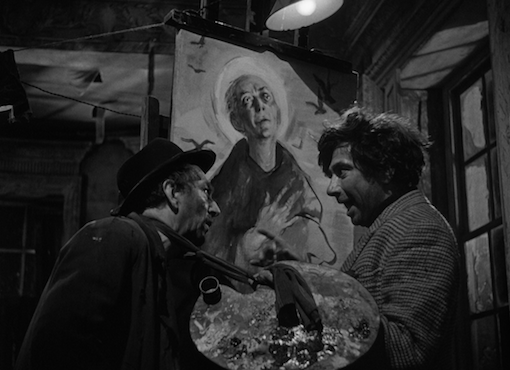