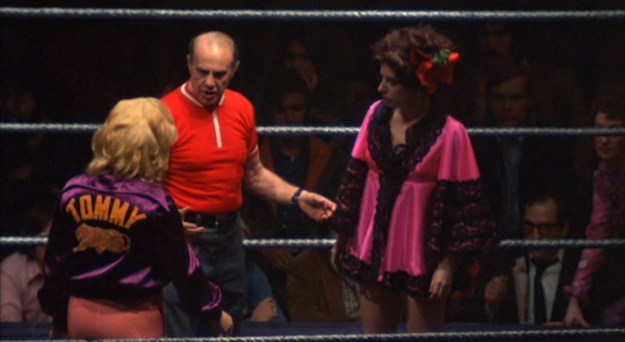 The 1980 lady-wrestling drama Below the Belt has a bit of fun and charm, but is severely lacking in the story department. Character actress Regina Baff is sympathetic as Rosa Rubinsky, a directionless, working-class gal who gives up a concession stand job and a late-night talk radio host boyfriend to hit the road with a stable of colorful lady wrestlers. The film makes a minor effort to distinguish the ladies from each other, but it doesn't really stick. Staring at the cast list, I couldn't rightly tell you which character name belonged to which face.

The main problem is that first-time director Robert Fowler and editor Steven Zaillian (yeah! the guy who wrote Schindler's List!) never met a series of scenes they couldn't turn into a musical montage. Look, who am I to judge? Maybe the first cut of this film was five-and-a-half hours long. But even so, there had to have been a better way to relay this story. The movie is chock full of songs written by Jerry Fielding and David McKechnie, and sung by Let It Be sideman Billy Preston, his sister Rodena Preston, Broadway star Jennifer Holliday, and a gospel choir. There are a few hummable tunes in the mix, but mostly it's a collection of bizarrely on-the-nose story-songs that seem to be trying to fill in the gaps in the plot.

Rosa gradually finds her footing in this strange new world. Her boss re-brands her as "Rosa Carlo, the Mexican Spitfire" despite her actual ethnicity. (The movie is based [I'm not sure how faithfully] upon an autobiographical novel by Pop visual artist Rosalyn Drexler, and this stage name actually belonged to her.) Rosa ends up feuding with one of the top toughies in the lady-wrestling game, Terrible Tommy (Jane O'Brien, an actual pro wrestler who looks like she stepped out of a John Waters casting call). The climactic showdown in the ring between Rosa and Tommy is sloppy and silly, but it is also the most legitimately exciting and energetic section of the flick.

Other than the sports underdog angle, the flick has a number of different romantic subplots, starting with an attempted sapphic overture from Rosa's first training partner (played by Annie McGreevey, who resembles Nancy Spungen -- or at least, Chloe Webb). Later, Rosa ill-advisedly falls head over heels for a male wrestler traveling the same circuit (Major League's James Gammon -- literally the only actor in the film I recognize), while Sierra Pecheur and Dolph Sweet play a past-their-prime wrestling couple who are starting to feel the effects of the road.

The low-key charm of the film makes it pretty easy to stick with it, even as the story just kind of moseys along without much purpose. Fans of '80s regional wrestling might particularly enjoy the flick for the glimpses of actual wrestling matches that are intercut with the staged film match-ups, even if -- as this Amazon commenter notes -- it strains credulity a little that these women would be on the same card as the main-event wrestlers in the stock footage. Non-fans of '80s regional wrestling... can probably give Below the Belt a pass. 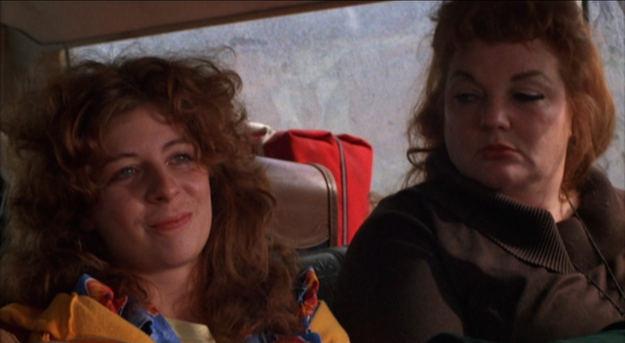 The DVD
Below the Belt is presented on a no-frills manufatured-on-demand (MOD) DVD-R, with random chapter breaks every ten minutes.

The Video:
This widescreen 1.85:1 transfer is surprisingly good for an MOD release. Some online commenters have noted that the movie has been playing on cable fairly recently, so maybe a new HD transfer was struck. That is not to say that this low-budget, semi-guerrilla production is jaw-dropping in its splendor, but the image is pretty much clean and free from debris (the stock footage excepted) and highlighted by nicely saturated colors.

The Audio:
The Dolby 2.0 mono audio is similarly a notch above what you might expect for a small, forgotten low-budget movie. The soundstage is unsurprisingly narrow, but there's good separation between the dialogue, effects, and omnipresent music. No subtitles or captions.

Final Thoughts:
The low-key attitude of this ladies wrestling picture is quite ingratiating, but it's not quite enough to compensate for the lack of narrative oomph. Wrestling fans might have more of an incentive to check this odd little flick out, but even they should just Rent It. 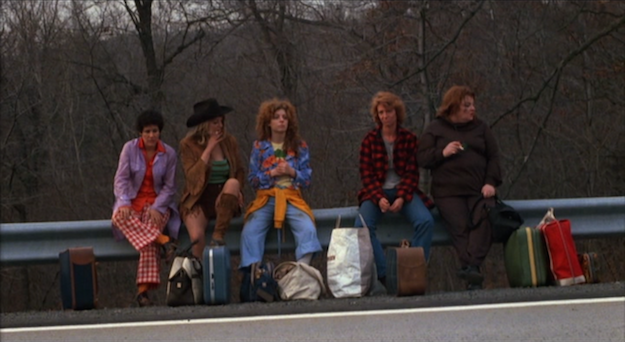