1973's Black Mama, White Mama brings together some of the best elements of 1970s drive-in fare. Starting out as a women-in-prison movie, we first see main characters Lee Daniels (the legendary Pam Grier), a hooker who is in for a fake drug charge, and Karen Brent (Margaret Markov) who was busted for "revolutionary" activities, arrive at the Women's Rehabilitation Center in a remote area of the Philippines. Prison life in the drive-in movie-world for them includes being ogled by the female prison warden who also has a peep-hole set up to watch the obligatory communal showers. Lee and Karen soon get into a food fight in the mess hall, which first lands them locked up in "the oven," a small steel enclosure under the hot sun (similar to an earlier movie called The Hot Box which was also written by this movie's co-writers Joe Viola and Jonathan Demme), and then transferred to a higher-security city prison. As they're being bussed there, Karen's revolutionary friends start attacking from the side of the road, police backup arrives and a big shoot-out results, with Lee and Karen able to run away from all of it. There's just one problem: The two of them are chained together at the wrists and don't have any immediate way of getting out of that- sort of a female Defiant Ones situation. Given that they've already been in a fight they're not too keen on the idea of working together either. Each already has a place they want to escape to which are in opposite directions. 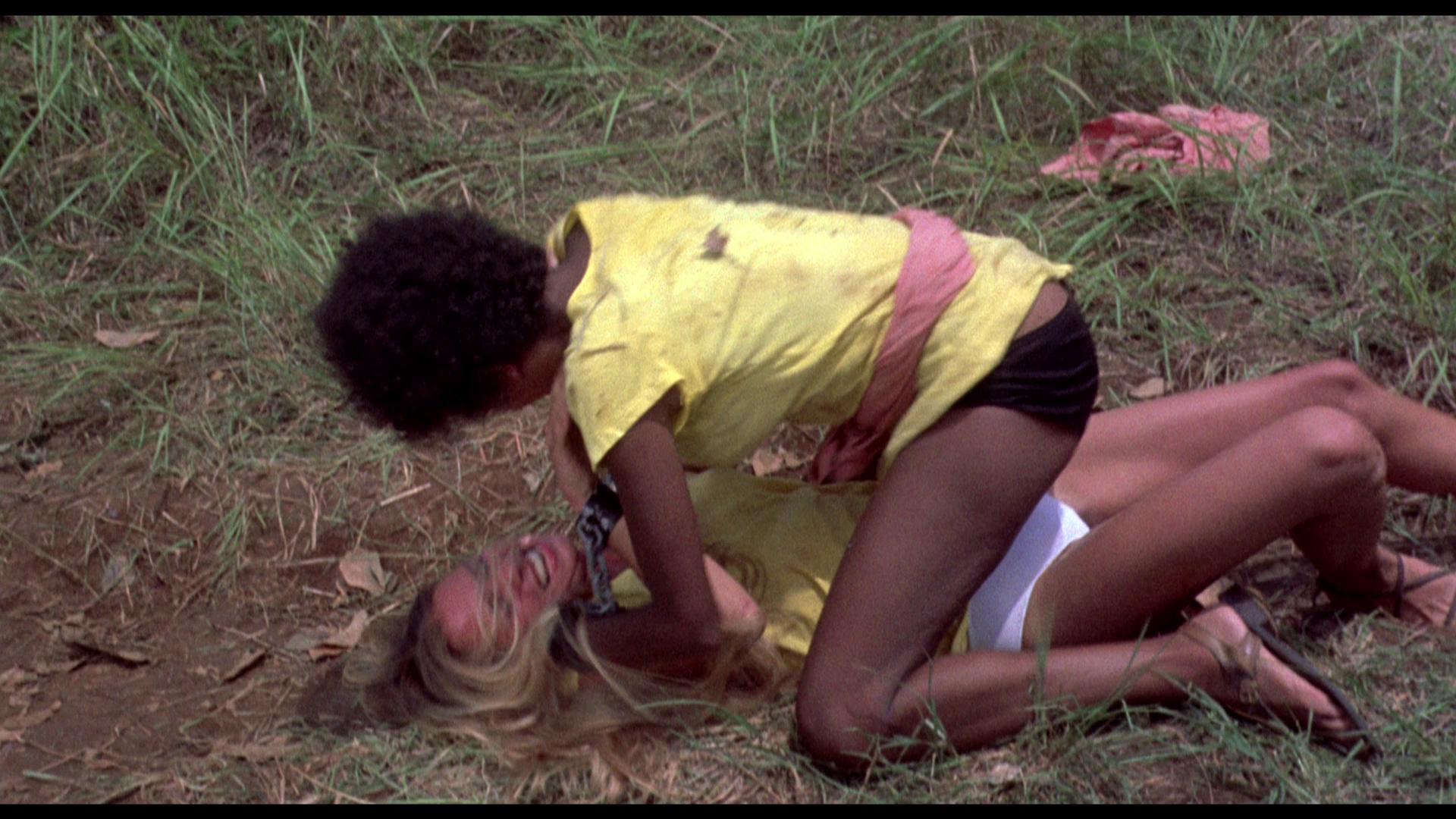 After a bit of cat-fighting and calling each other "bitch", they cooperate enough to jump two nuns and steal their outfits (they change clothes off-camera so we can only guess how they managed to do that with the chain between them), which lets them travel a bit undetected but not for long. Not only are the police after them to get them back in custody and answer a few questions they have, but Lee's pimp and drug lord (the humongous Vic Diaz), from whom she stole a bit of money prior to going to prison, also hears of her escape so he also heads out with his guys after her. The cops soon enlist American bounty hunter Ruben (Sid Haig) and his gang to search for the pair, though those two groups get into their own arguments about who'll be doing the work- Ruben doesn't really want the cops involved in the hunt since he won't get paid if they find them first. Karen's gang also follows trying to help while steering clear of the others after them.

All in all an entertaining time, with a cast giving their all but clearly not taking everything too seriously. Sid Haig provides most of the laughs as a character with a likely-interesting backstory but one we don't get to hear, as a country-music loving cowboy who somehow found himself in the Philippines. A memorable moment is when he catches the police captain and his men on the case after saying he didn't want them involved, and forces them into a pecker-measuring contest at gunpoint. The movie also features a good early-70s music score by Harry Betts. 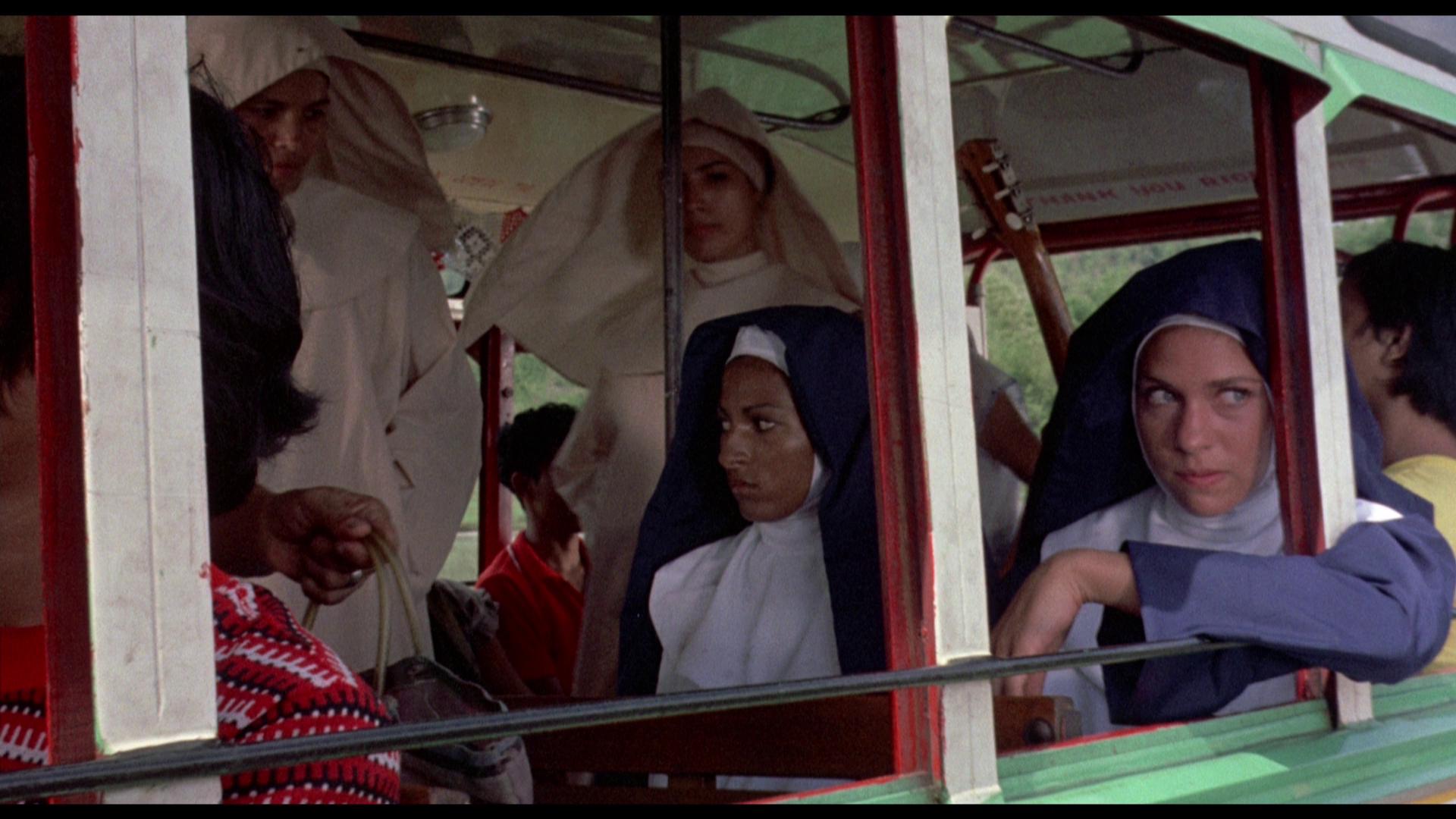 (The basis for this review was a check disc, but it appears to be identical to the retail version with these same extras.) A good amount of extras are included here- the drive-in style trailer makes it obvious that the movie was almost titled Women in Chains, and a series of still-frames show movie posters saying how its lead characters spent "1000 nights without a man!" along with some other marketing materials and promotional stills. Also included are recent interviews shot for this disc with co-stars Margaret Markov and Sid Haig who each spend about 15 minutes talking about shooting Black Mama, White Mama and other movies in the early 1970s. Director Eddie Romero talks for about 15 minutes in an interview from a few years ago with film historian Andrew Leavold, discussing his lengthy career including earlier films and experience as an Associate Producer of Apocalypse Now. Leavold also provides an informative commentary track where he talks more about the movie's director and cast as well as other movies of this genre which he calls "jungle action films". 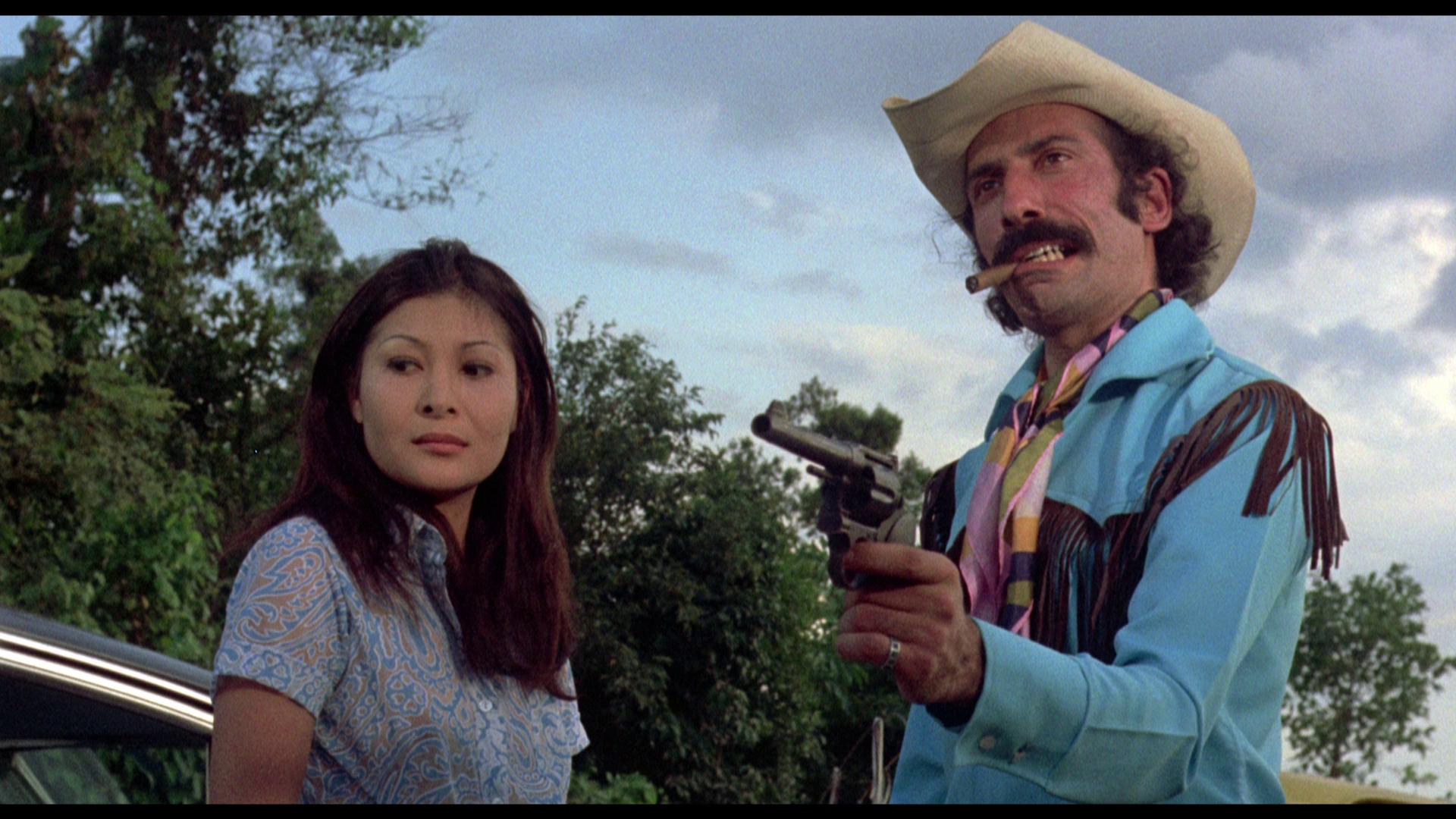 Arrow's Blu-Ray of Black Mama, White Mama provides a solid presentation of this early 70s drive-in picture, which along with Pam Grier's prior films The Big Doll House and The Big Bird Cage is essential viewing for fans of the genre.