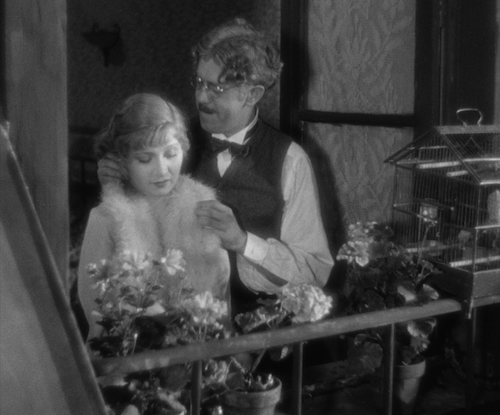 For any viewer who can only picture French actor Michel Simon playing a crusty old man, in films like Jean Renoir's Boudu Saved From Drowning or Jean Vigo's L'Atalante, it is something of a revelation to see Simon instead play a mild-mannered, middle-aged working stiff in La Chienne ("The Bitch"), Renoir's first sound feature from 1931. Simon's character, Maurice, is a hen-pecked husband who seeks an outlet first through painting and then through an affair with a younger woman. Simon brings a heightened naturalistic style to his portrayal of Maurice, but, as in those two other famous films I mentioned, the air of theatricality does not distance the audience from the character. Instead, we feel more deeply for him than we probably should.

La Chienne is framed by the device of a Punch and Judy-type puppet theater. At the beginning, our wooden narrator claims that the story we are about to see is neither a comedy nor a drama, without heroes or villains, and that it simply tells the story of "He and She and The Other Guy." Of course, this intro is a bit of a misdirect, as the film is chock full of comedy and drama; Renoir does make good, however, on the lack of heroes and villains, as all the characters are essentially guided by their amoral self-interest.

Maurice first meets Lulu (Janie Marèse) late at night on the street, being mistreated by Dédé (Georges Flamant). Maurice offers to take Lulu home, and they seem to hit it off. Little does Maurice know that Dédé is Lulu's pimp, and spotting Maurice as an easy mark, Dédé has prodded Lulu into cozying up to this unwitting schnook. For his part, Maurice is over the moon, and doesn't seem to mind Lulu taking advantage. He happily sets her up with her own apartment and money to live on, and he even decorates the place with his own paintings, since his wife is sick of them taking up space at home.

When Lulu isn't able to squeeze as much cash out of Maurice as Dédé would like, he decides to take a few of Maurice's paintings to some galleries and see if he can sell them off. He claims the unsigned works were created by an American woman named Clara Wood, and wouldn't you know it, he gets an art critic and a gallerist to take the bait. Soon, the market for Clara Wood's work is huge, and with Maurice doing the painting and Lulu pretending to play the part, Dédé figures he's on Easy Street.

One interesting wrinkle in Renoir's plot (based on the novel by Georges de La Fouchardière) is that once Maurice finds out about how much money "Clara Wood" is making, he doesn't intervene. He isn't bothered by it, so long as Lulu loves him. Once she makes it clear that she has no real interest in him besides as a cashbox, then things really fall apart.

Maurice's reaction to that revelation (hinted at, none too subtly, in Criterion's new cover illustration) results in the film's most memorable sequence, a long scene that continually crosscuts between Lulu's bedroom and a group of people watching some buskers down on the street below. Understanding that the technology did not yet exist at the time for elaborate sound mixing makes this ambitious sequence particularly striking, because the buskers would have to have been performing live during both set-ups.

In fact, Renoir is constantly wrestling with the limitations of sound recording in La Chienne but he never allows it to limit the scope of his visuals. While many early sound films (including Renoir's own short On Purge Bébé, available on this same disc) feel locked-down and stagy, Renoir and cinematographer Theodor Sparkuhl seem to move their camera as much as possible, injecting energy and vitality into the film. Sparkuhl's use of high-contrast lighting, presumably influenced by his time working with German Expressionist directors like G.W. Pabst, contributes an edgy, unpolished quality to the visuals that also helps goose the intensity.

Even though it was loosely remade as Scarlet Street by Fritz Lang, La Chienne remains a less commonly discussed entry in Jean Renoir's filmography -- it wasn't even released in the US until the 1970s. However, anyone who likes Renoir is bound to find it a worthy viewing experience, as La Chienne already displays Renoir's appreciation for his characters' humanity, his dark, ironic humor, and the restless visual imagination that would come to characterize his best known masterpieces, Grand Illusion and The Rules of the Game. 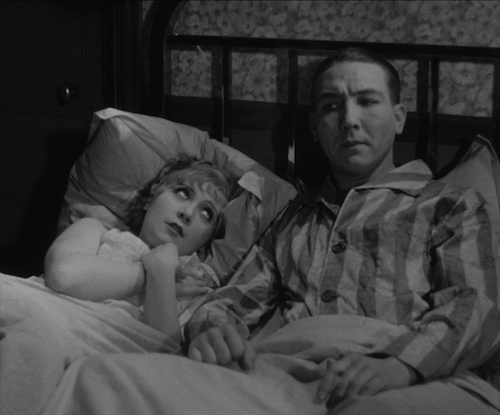 The Blu-ray
La Chienne is packaged with a fold-out poster of an illustration by Blutch (who also did the new cover). On the opposite side of the fold-out is an essay by Ginette Vincendeau.

The Video:
This AVC-encoded 1080p 1.19:1 transfer, sourced from a 4K restoration is astonishing. The clarity and precision of the image, the satisfying film grain texture, the nuanced contrast, and the lack of visual interference all demonstrate the tremendous amount of work that went into this reviving this film. It was worth it. Wow!

The Audio:
Sadly, although the soundtrack presumably must have undergone a similarly extensive restoration process, the French LPCM mono audio (with optional English subtitles) is innately flawed from its inception. Because all sound was recorded live without mixing later, diegetic music or ambient noise will sometimes momentarily overwhelm the dialogue, which is fairly trebly and brittle in the first place. I salute the work of the technicians who cleaned up this audio for the digital age, but clearly there was only so much they could do.

(HD upconvert, 2:45) - Recorded to run before a TV showing of La Chienne, Renoir charmingly discusses the hurdles he had to overcome to make the film and why he was inspired to do it in the first place. 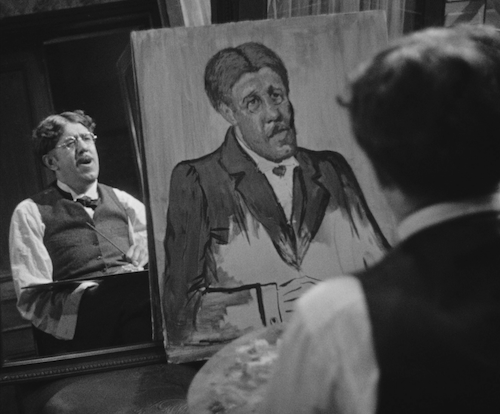