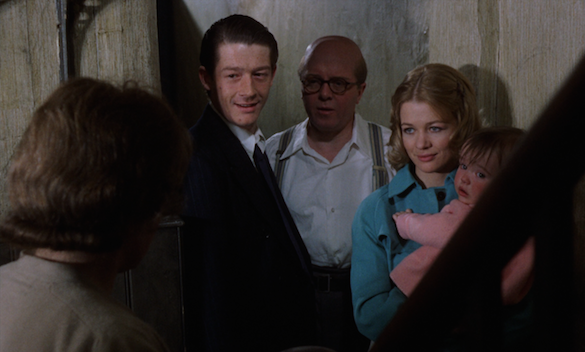 Set in the late 1940s and early '50s, 10 Rillington Place (1971) is a well-crafted docudrama concerned with the shocking crimes of British serial killer John Christie. The film also recounts how Christie's upstairs neighbor Timothy Evans wound up unwittingly taking the fall for some of those murders. Director Richard Fleischer, who previously tackled the stories of some American big-name psychos with Compulsion and The Boston Strangler, pointedly avoids pulpy sensationalism here, as the script by Clive Exton (Jeeves and Wooster) tries to stick as closely to the facts (and some plausible conjectures) as possible. By playing things straight like this, the film cultivates a slow burn that allows its situations to become increasingly more unsettling as the story develops.

Richard Attenborough plays Christie in the film with an unassuming manner that masks the character's unsavory compulsions. When Christie, with his soft eyes and bald head, offers medical assistance to his potential victims -- he claims to have been trained when he was a military policeman in World War II -- the man comes off as nothing more than a kindly middle-aged neighbor. Delicately, Attenborough keeps Christie's monstrous side lurking underneath the surface at all times. He never goes broad or hammy, even when the monster comes out and Christie gasses then strangles his victims. (In keeping with the film's restrained tone, Christie's predilection for necrophilia is hinted at rather than shown.) When the young Evans couple and their tiny baby move into the apartment upstairs from Christie, Attenborough does a brilliant job of communicating his character's pure lust for the wife, Beryl (Judy Geeson), while never letting the friendly-neighbor mask slip off entirely.

The other actors are all as remarkable as Attenborough too. John Hurt is intensely sympathetic -- and eventually pitiable -- as Timothy Evans. Timothy is a fabulist who rarely tells the same lie twice; he also has the intelligence of a small child. These twin qualities make him the perfect fall guy for Christie because he is too naive to see how Christie gradually sets a trap for him, and once Timothy realizes he is set to take the blame, it does not sink in that no one will believe him when he finally tells the truth about his neighbor the strangler. Hurt's performance is both carefully crafted and seamlessly emotional. Judy Geeson portrays Beryl as sensible and sweet, a young woman who is alternately fond of her simple husband and oppressed by him. Beryl initially approaches Mr. Christie with caution, sensing his crush but not understanding the malevolent implications of it, yet when she finds herself in need of an abortion, she wholeheartedly trusts her "medically trained" would-be murderer.

The sequence in which Christie prepares his meager tools to kill Beryl, while avoiding the prying eyes of other people walking around the building, is the closest 10 Rillington Place gets to traditional thriller filmmaking, but even this sequence is a far cry from the clockwork-precision audience manipulation of Hitchcock. Fleischer keeps us close to the characters in this moment, but doesn't allow full subjectivity; the slightest journalistic detachment remains.

There has been controversy in the intervening years since the release of 10 Rillington Place, based around claims that Ludovic Kennedy, who wrote the book that is this film's source, ignored key evidence that allegedly shows that Timothy Evans could have been a murderer too. Kennedy was intent on getting capital punishment abolished in the United Kingdom, so this is entirely possible. Frankly, we'll never know the complete truth, and the knowledge of this controversy does little to detract from the effectiveness and power of this exceptional film. 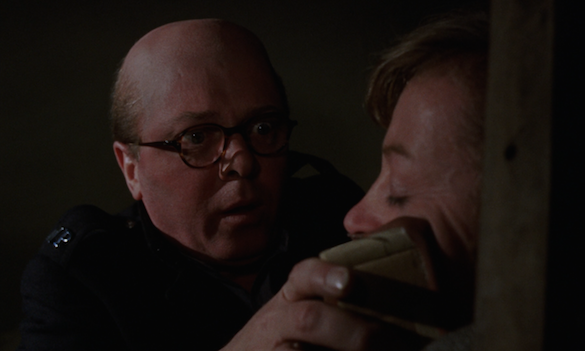 The Blu-ray
10 Rillington Place comes in a limited edition of 3000 copies. The disc is packaged with a booklet featuring an essay by Twilight Time's Julie Kirgo.

The Video:
Another peerless restoration from Sony, provided to Twilight Time. The AVC-encoded 1080p 1.66:1 transfer sports rich, saturated colors, even if the palette is generally drab to reflect the hard working-class life of the characters. (A brief stop-over in Wales by one of the characters leads to scenery that's a bit more lush.) Excellent fine detail reproduction. Textured film grain is present but not overwhelming. No significant digital hiccups. First-rate all-around.

The Audio:
The DTS-HD MA mono audio has also been meticulously restored. Obviously the soundstage is narrow, but the dialogue and ambient effects are all crisply and satisfyingly reproduced. There's not much music in the film, but the sporadic cues come through with excellent fidelity. One subtitle option: English SDH.

- First up is a TT in-house track featuring usual suspects Nick Redman and Lem Dobbs, as well as co-star Judy Geeson. (Clearly, she enjoys hanging out with the TT crew, because this is her third appearance on one of their commentaries, after Brannigan and To Sir With Love.) This is a predictably busy track with an even mix of trivia, production anecdotes, and discussions of the actual history that inspired the film. The second option is carried over from the film's 2004 UK DVD release and it features John Hurt solo. Ever a charming and stimulating presence, Hurt reflects on many of the same aspects as the first commentary, but from his own point-of-view. Unfortunately, he seems to lose steam around halfway through and goes quiet for long stretches. It's worth sticking with him though, because he offers some particularly interesting recollections near the end of the film. 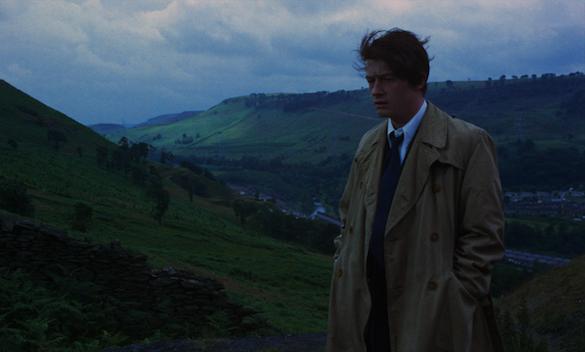