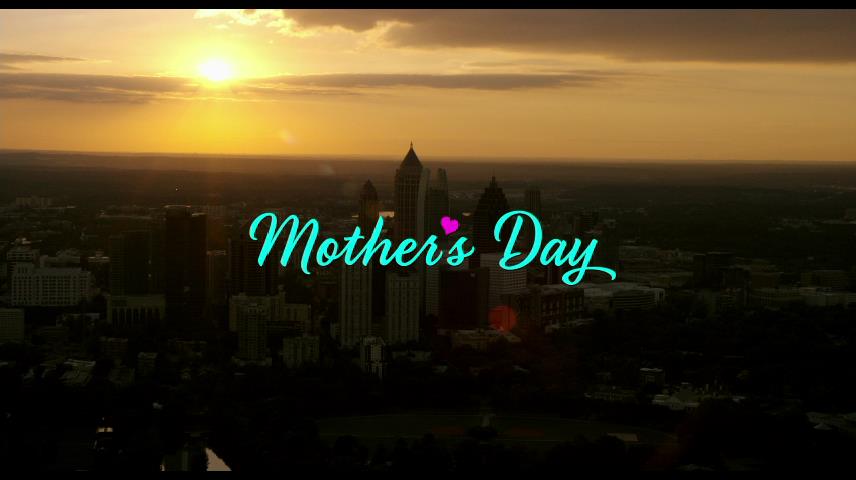 There's been no fewer than two horror movies titled Mother's Day, but this one finally tries for a sincere salute to the day honoring mothers with no scary stuff involved. It's the third entry in Garry Marshall's ensemble cast holiday-themed movies following Valentine's Day and New Year's Eve, and sadly the very last before his recent passing.

As with the previous two films, there's a number of different stories and characters which the narrative switches between until ultimately a few of them intertwine in major or minor ways. I'll have to fully disclose that I usually enjoy movies with that type of structure, most notably those from Robert Altman (Short Cuts) and Paul Thomas Anderson (Magnolia). The critics weren't too kind to Marshall's last two attempts, but I found them enjoyable and enjoyed this one as well. The stories here begin a few days before the actual Mothers' Day (the proper name for the day, even though the title uses the singular form) in Atlanta, GA, which seems on its way to becoming Hollywood II in recent years. One event many in the town are looking forward to on that day is a parade, and a uterus float is being made by married female couple Gabi (Sarah Chalke) and Max (Cameron Esposito). Gabi's other family members form much of the movie, including sister Jesse (Kate Hudson) who is married to Russell (Aasif Mandvi), a man from India. A problem these two sisters face is that their parents (played by Margo Martindale and Robert Pine) have rather old-fashioned sensibilities, meaning that they don't really take kindly to homosexual nor interracial marriages, and thus the sisters much both conveniently hide these from them- but as Mom and Dad are driving up in their humongous RV for a Mothers' Day visit, obviously there's going to be some trouble ahead. 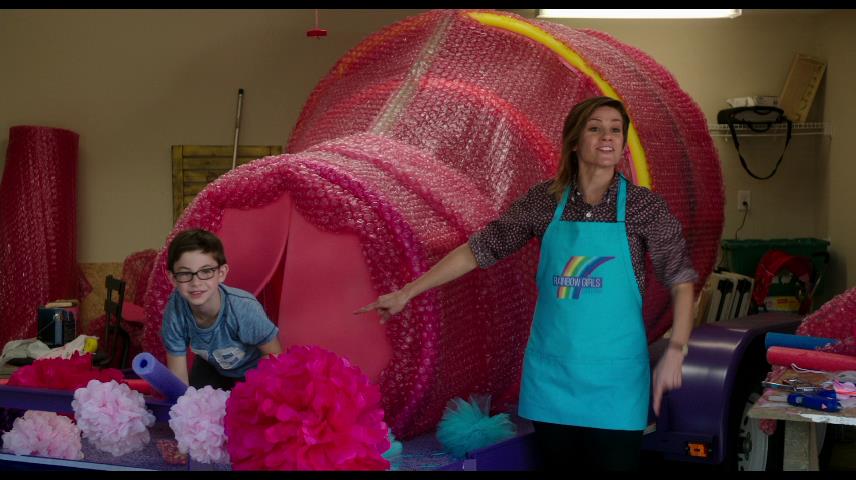 We've also got a divorced couple, Sandy (Jennifer Aniston) and Henry (Timothy Olyphant), who have to keep in contact for the sake of their two kids even though Henry has already gone off and married the much-younger Tina (Shay Mitchell), living in a nice house where she is trying to become a second mother. (The audience sort of has to hate Olyphant's character for this, but he's much more believable in this level of bad-ness than his previous attempts to play real hard-core villains- he just has too nice a face to pull that off.) Rounding out the characters is Bradley (Jason Sudekis) who, with his two daughters, is facing the first Mothers' Day after his wife was killed in military service (though she at least shows up in home videos and pictures in the form of Jennifer Garner). Finally we've got an unmarried couple with a baby- Kristin (Britt Robertson) and aspiring stand-up comedian Zack (Jack Whitehall)- why they haven't tied the knot yet will take some figuring out. Garry Marshall mainstay Julia Roberts also appears as a Home Shopping Network hostess who is seen both on TV and behind the scenes- what relevance she has to any of this will also be answered in due time.

General reaction to Mother's Day was about as negative as Marshall's two previous efforts, criticizing it as being manipulative and "schmaltzy", and it's certainly fair to say that. I still found it hard to dislike this movie too much however- say what you will, but its manipulation worked on me. I really haven't seen a movie with this type of narrative that I didn't like, so I'm probably biased. I just enjoy how these films generally spend time on one storyline, move on to others and bounce between them as the viewer pieces together what exactly is going to tie them all together. If there's one storyline or set of characters who aren't too likeable (the RVing parents in this case), you just stick out their scenes until the focus goes back to one you like a bit more. I will say that Mother's Day feels a bit more like something made for TV than a theatrical film, as the situations are overall a bit trivial, but as I was already watching it at home that wasn't really a problem. Perhaps if I had seen it in a good-sized theater paying typical theater prices, I might have held it to a higher standard. 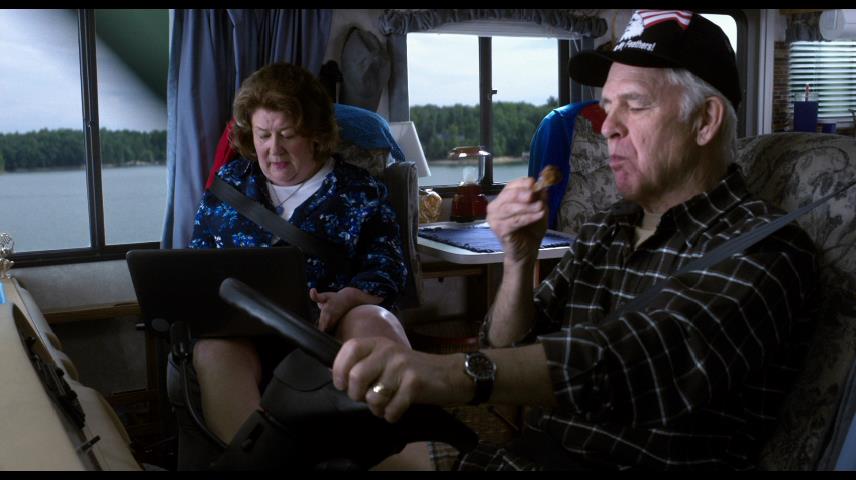 Presented in 1.85 and shot using digital equipment, the picture almost looks like a movie but the general flavor of the picture didn't have me buying it as film- I've been fooled before, but this is clearly digital as it looks just a bit more squeaky-clean than film (adding to its TV-like quality). It looks good for what it is with very sharp details, although being a picky viewer I noticed an "electronic" quality (for lack of a better description) to some of the bright colors. 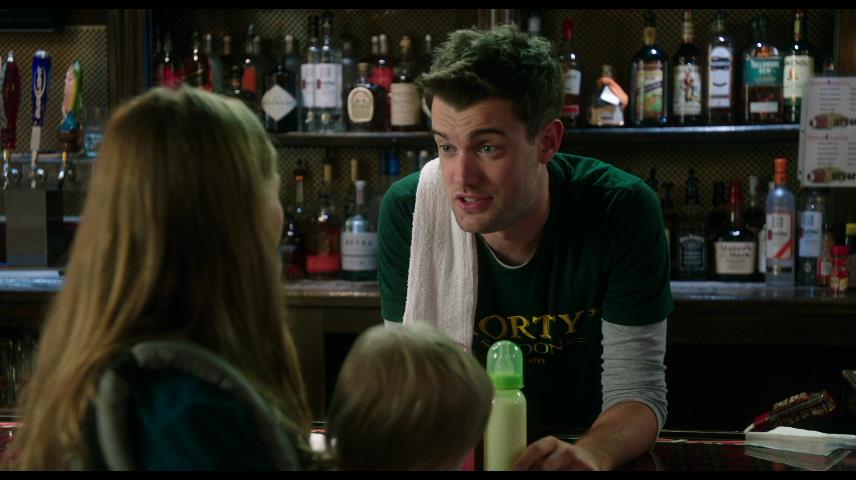 The sound mix is in 5.1 DTS Master Audio, although the material doesn't call for anything that will tax your sound system much. Most dialogue comes from the center as would be expected, but there's several instances of off-screen talking being heard from the right or left which livens things up a bit, as well as occasional uses of the rear channels (such as a soccer ball being kicked off-camera). Hearing-impaired subtitles along with Spanish and French are included. 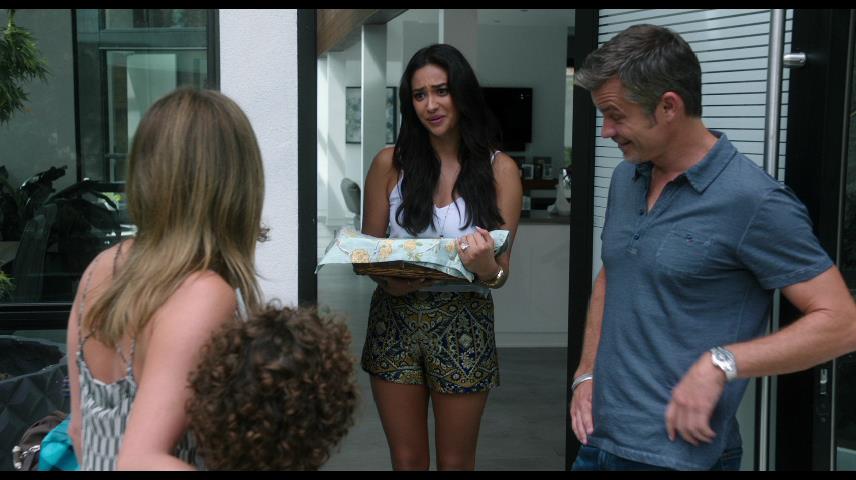 Sadly Garry Mashall was unable to record a commentary for this outing as he did with the discs of the previous two movies. We do get some deleted scenes (one of which got one of the biggest laughs from me, as the younger of two daughters tells her dad that he won't have to give her the "birds and the bees" talk since "it's all over the internet, with pictures.") There's also a ten-minute "Gag Reel" with the usual flubbing of lines and other things going wrong, but Garry Marshall also appears on camera (unfortunately not looking in the best shape) commenting on a few things. The disc opens with promos for The Huntsman: Winter's War, April and the Extraordinary World, Only Yesterday and Big Stone Gap. (Universal seems to have given up on using BD-Live to play lower-quality previews from the internet in place of these, the "ticker" is also gone from the main menu and not even the "Uhear" feature is present.) 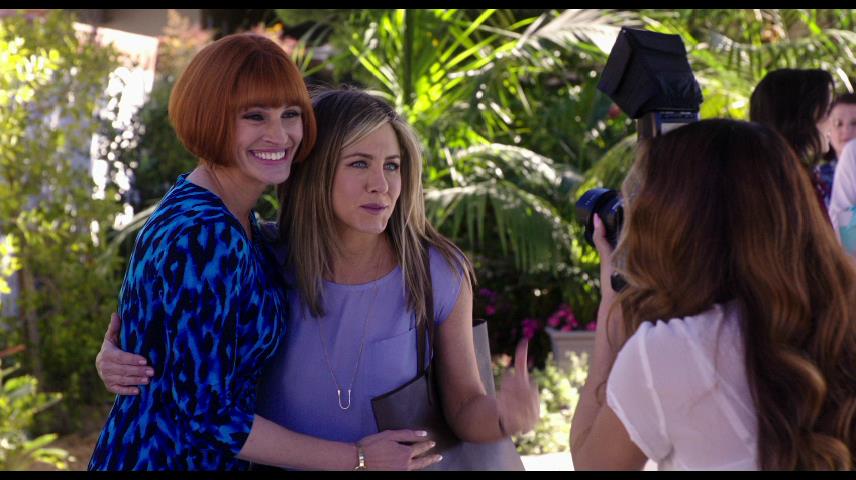 I'm a rather cynical viewer who usually finds things to dislike about "mainstream" or "feel-good" movies, but even with the general negativity many had towards Mother's Day and its two predecessors, I just found it hard not to like. (If I must pick it apart for anything, it's that there's a rather big point that goes unresolved by the end.) Those going in expecting something profound might be a bit disappointed, but this movie never claims nor tries to be anything more than harmless entertainment and succeeds at that quite well.