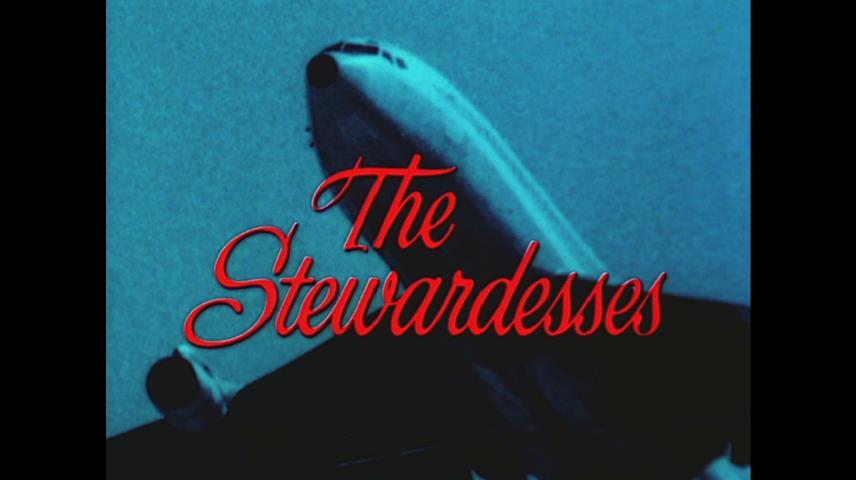 The most successful 3D movie prior to Avatar, 1969's softcore sexploitation masterpiece The Stewardesses has made it onto 3D Blu-Ray courtesy of the 3-D Film Archive. This one wasn't as hard to see before as some of the other titles they've put out, as in the early 1990s it was available on VHS tape in field-sequential 3D format from 3D TV Corporation- a mail-order outfit that sold a handful of movies, mainly smaller independent productions, and a box you could plug LCD shutter glasses into. The Stewardesses was one of two movies I ordered with the system and I probably watched it 100 times or so. Unfortunately that system won't work with current HDTVs due to the way they de-interlace standard-definition video; The Stewardesses was one movie I definitely missed being able to watch so this Blu-Ray is greatly welcome for that reason alone. While a DVD was released by Shout Factory in 2009, it used the much-inferior anaglyphic red and blue 3D format which is quite painful to watch as it's impossible to keep colors accurate in that format. I passed on that release, waiting for this one which does it far more justice. 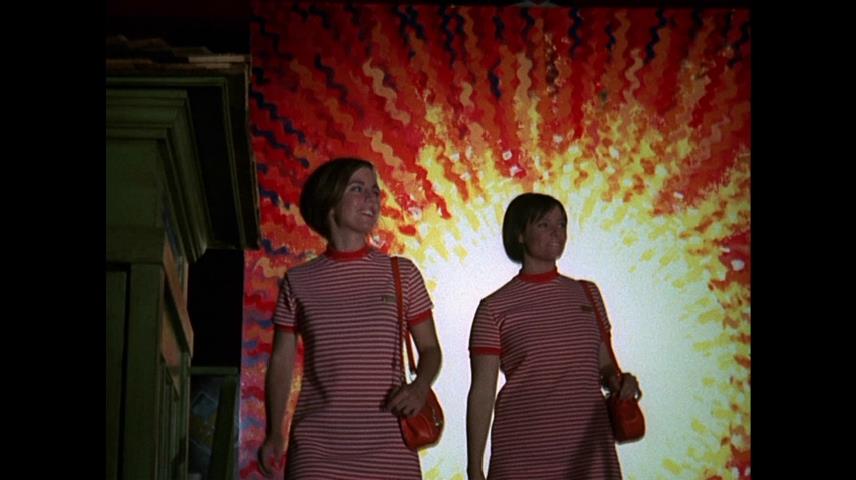 First released with an X rating when movie ratings were in their infancy, it put a few things on movie screens that hadn't been widely seen there before, and doing so in 3D was an even bigger thrill. What little plot there is centers around a crew of airline stewardesses (which happens to be the longest word you can type using only your left hand) who have arrived in Los Angeles after a flight in from Hawaii, and have the rest of the night to themselves before taking off on another flight the next day. Getting the most lines of dialogue is Samantha (Christina Hart, who went on to appear in a few TV series and mainstream movies after this), an aspiring actress who connects on the plane with Colin Winthrop (Michael Garett, who appeared in other B-movies of the era under different names), an advertising executive who asks her to join him for dinner after landing. He's looking for Ms. Right but she just wants to break into show business, and thinks she can sweet-talk him into casting her in an upcoming lipstick ad campaign- after all, she has a very lovely mouth. Brad Masters (William Basil), the airplane's pilot, is quite the stud himself having already scored with one flight attendant (to use the more politically-correct term) on the way over and practically has his pick of which of the others to have over that night. Wendy (Janet Waas) has a thing for soldiers, and picks a lucky one on leave from Vietnam to spend the night with after a trip to an amusement park. A few of the girls end up on their own that night, such as Annie who takes some acid and proceeds to enact quite possibly the most bizarre scene I have ever seen on film- I won't give it away here but you'll never look at a table lamp the same way again. Then there's Jo (Angelique de Moline), who hasn't been seen going out with men but proves to co-worker Cathy that she's still a good lover. 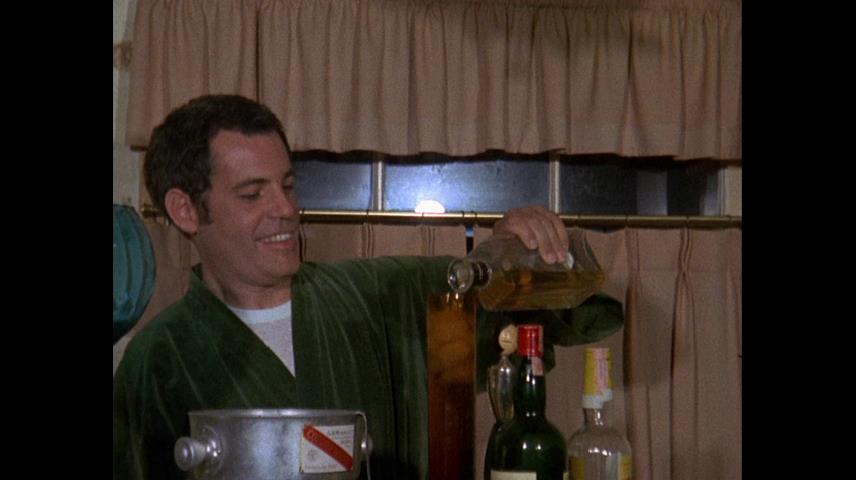 The movie's producers had also developed the 3D camera used to shoot it, which was simplified compared to the bulky dual-camera setups used to shoot the Golden Age 1950s 3D titles. It was able to shoot 3D with a single camera, producing film prints that had the left and right eye images squeezed into one conventional frame and then stretched back to correct proportions and combined as a polarized image on theater screens. The result is a very natural-looking 3D image, making you almost feel like everything is happening right in front of you (an early review described it as "you can almost reach around it.") Some shots borrow from Hitchcock's Dial M For Murder by placing odd objects such as table decorations in the foreground, almost thrusting them into the viewer's face as conversations take place behind them- the most obvious is a candle during Samantha and Colin's dinner. There are a handful of gimmick shots, including a pool cue stick poking out at the audience during a game played at a club and a haunted house ride at the amusement park where animatronics continually poke things at the camera. And of course, what most of this movie's audience had hoped for, you get plenty of nude or scantily-clad women in poses that do appear like you could reach out and touch them- I'll leave it up to you to decide if that's a good or bad thing. There are some impressive 3D shots during the sex scenes, which would be called "POV" shots today as they try to show the viewpoint of the lucky gentleman with the women's breasts poking out and their long hair bobbing in and out at the audience.

Not to say that this movie is an incredible technical achievement in film- there's definitely an amateurish vibe to a lot of it, with laughable dialogue and instances where the cast seems to forget their lines. The camerawork isn't the greatest either- one nagging criticism I had watching it on field-sequential tape so many times is that the framing was rather awful, with the heads of some speaking characters cut off at the top of the screen. The transfer on this Blu-Ray makes that less of a distraction, but there are still many shots where you can barely see the faces of those speaking. It's said that a number of changes were made to the movie over the years it was shown in theaters, but the version here is identical to that on the field-sequential tape.

The Stewardesses' success led to a sort-of sequel, also in 3D released as both Supersonic Supergirls and International Stewardesses, as well as a few 2D copycat films including 1973's The Naughty Stewardesses and its sequel Blazing Stewardesses. Interestingly director Alf Silliman Jr. is the brother of Stirling Silliphant, screenplay writer of more "respectable" movies such as In the Heat of the Night, The Towering Inferno and The Poseidon Adventure. 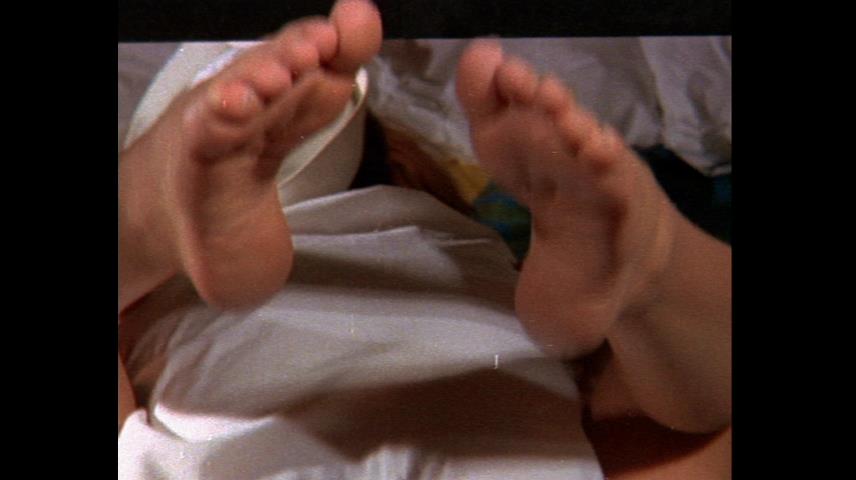 While I would hesitate to call the picture quality of this 3D Blu-Ray perfect, it's miles ahead of the field-sequential VHS tape that halved the already limited resolution and had an unavoidable flickering. Like The Bubble (another movie I first saw on that format), the Blu-Ray was a revelation in comparison. I could finally see the nighttime shot of the airplane landing which was too dark to make much sense of on the old tape, and spotted numerous details I hadn't seen before- such as car license plates and the odd assortment of found objects that decorate the nightclub, as well as tiki statues and other period decorations seen in the characters' homes. I didn't realize before that ad-man Colin had a painting of himself in his living room either, something that makes that part of the story even funnier- and I also had a good laugh noticing some minor rips in the ladies' undergarments! The restoration work is credited to the late Daniel L. Symmes, who co-wrote the 1982 book Amazing 3-D with Hal Morgan, which I had picked up soon after its publication and obtained most of my first knowledge about 3D in general. Symmes had an interesting resume of movie work under other names, including the short film "Experiments in Love" included on this disc, the 1977 3D hardcore porn flick The Starlets, 1970s King Kong ripoff A*P*E (coming soon on 3D Blu-ray from Kino!) and 1979's "Football Widow," regarded as the first porno "movie" shot on videotape rather than film. I came up short trying to find other information about the transfer used for this disc, but one imperfection I'll point out is that at least parts of it appear to be from an analog source- most noticeably some de-interlacing can be seen during a crucial scene near the end of the movie, as well as telltale analog color noise on the red "The End" title card. The movie is presented in a 4x3 ratio and as mentioned earlier the framing seems tight in a number of shots. I did notice some switching on the transferring end to a slightly narrower ratio in a handful of shots, which leaves me with additional questions about this transfer. The disc includes a 2D viewing option, which shows the left eye view. I checked the movie out again in 2D just because the option was there, while it's still watchable that way it definitely loses a bit without the 3D. 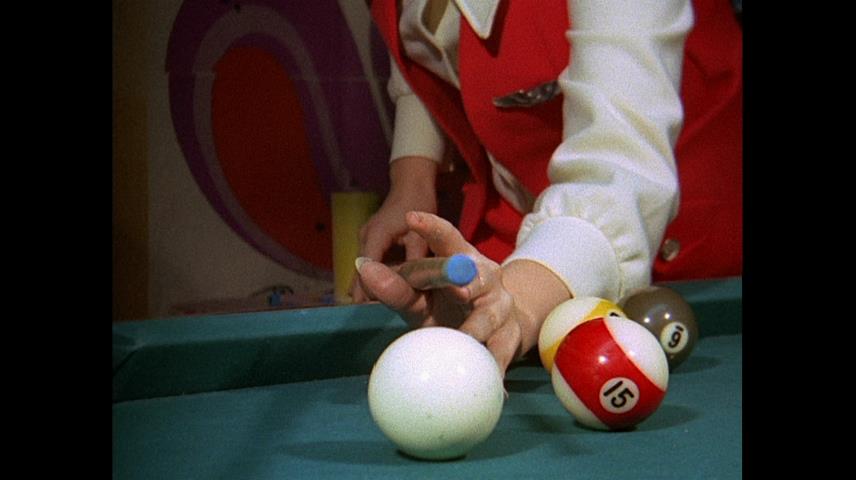 The audio is where this movie's limited budget really shows, it's a strictly lo-fi affair with most of the dialogue and other location audio poorly recorded. The sound for this Blu-Ray still easily improves over the VHS tape, as noise and distortion have been cleaned up considerably in comparison. The instrumental music tracks are the highlight. The Blu-Ray presents this in 2-channel DTS Master Audio, which stays properly centered. 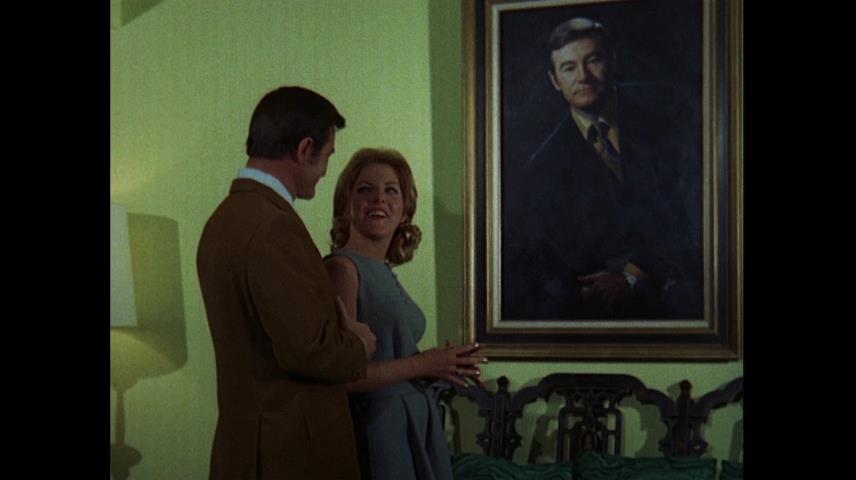 A 2D trailer (but still flagged to output in 3D mode) is included, with a 1972 copyright date. Laughably a voiceover refers to the movie as "widescreen" and also repeats the strange tagline used on some of the movie's posters: "The unpublishable novel is now America's most controversial film." The trailer appears to be sourced from a standard-def video transfer. The previous DVD from Shout Factory included a number of other extras including recent interviews with the cast and crew, but unfortunately they aren't included here. I may have to pick up that disc just to see them, as I'd like to know a bit more about this movie and where some of its outlandish ideas came from. 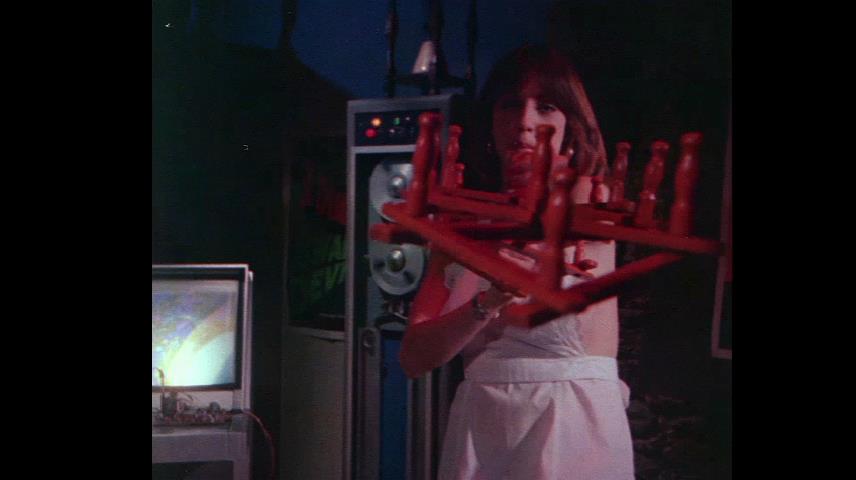 What is included here is a 30-minute 3D short film from 1977 called "Experiments in Love", directed by Daniel L. Symmes under the name Darrell Smith. This is a true curiosity (and amazingly it's appeared before on DVD in 2D), softcore in nature but definitely still X-rated. Mariwin Roberts (who appeared in a number of 1970s B-movies) and Linda Gordon are hanging out in a laboratory with a talking computer learning how to shoot movies with a 3D camera, lending itself to many in-your-face gags. Porn star Mike Ranger (billed here as Michael Stapp) plays a gardener working outside who ends up lending a hand and a few other things. Definitely silly but demo-worthy 3D, appearing to have been shot with a camera similar to the one used for The Stewardesses and presented in a perfect square aspect ratio, though centered onscreen a bit to the right. 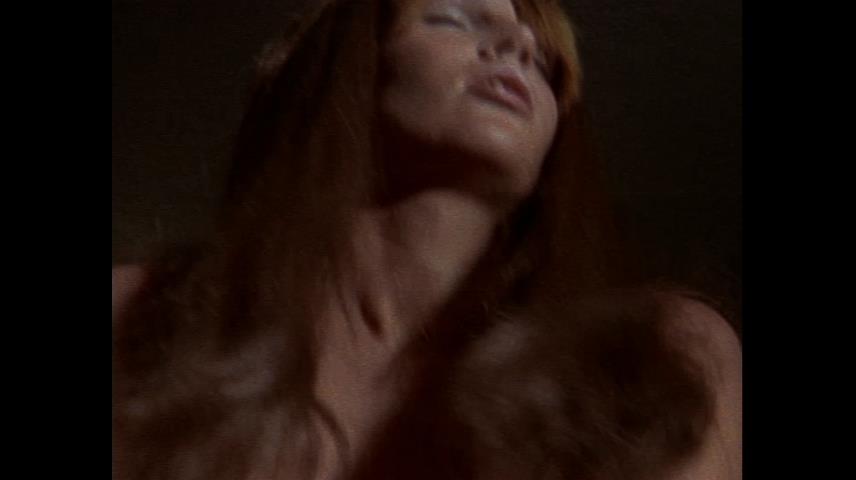 I'm very glad that The Stewardesses has made it onto 3D Blu-Ray; it certainly isn't a "great" film but definitely has its place in history, and can now be looked at as a time capsule of the late 1960s. It initially drew audiences to theaters on the novelty of both 3D and semi-explicit sex; I'll have to give this a Recommended rating for general audiences as some may either be bored or offended by it, but you can knock that up to a Highly Recommended if you're a fan of vintage sleaze and sexploitation, with the "Experiments in Love" short worth the price of admission on its own. A good number of other porn and sexploitation films were shot in 3D during the 1970s, and I'll gladly buy any and all that get released on 3D Blu-Ray!