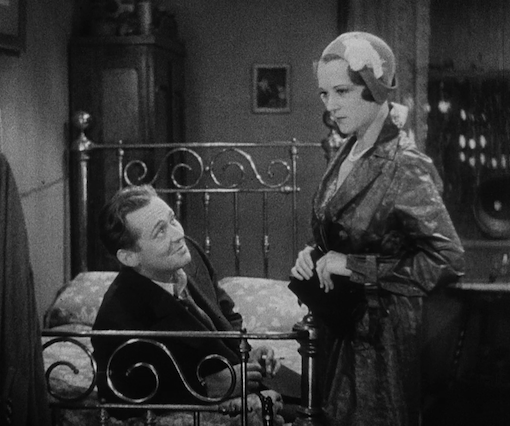 The 1931 romantic melodrama Bad Girl is a film that couldn't be made today. This is partly because society's standards of respectability have changed, making the titular "bad girl" just a run-of-the-mill young woman. More to the point, however, the almost farcical plot of the film depends upon misunderstandings which play now as anti-romantic instead of the other way around -- providing damning evidence of why the two main characters should never stay together, rather than serving as the proverbial bumps in the road on the way to eventual connubial bliss.

This isn't to say Bad Girl is a bad film. One can easily see today why it was originally a big hit that also won Oscars for director Frank Borzage and screenwriter Edwin J. Burke (who adapted Viña Delmar's scandalous best seller). This is a heartfelt flick, full of likable characters with sloppy and unreasonable emotions: it's basically a slick precursor to John Cassavetes's heartfelt anti-romances, like Minnie and Moskowitz or Love Streams.

Bad Girl was also a popular stage play, and the movie version presumably owes some of its structure to the play, with three distinct acts that could easily be broken up by intermissions.

In the first act, young and pretty Dot (Sally Eilers) starts hanging around driven, stand-offish Eddie (James Dunn), after he fails to flirt with her like all the other boys do. They're both nice kids, who put on a veneer of streetwise worldliness to hide how truly vulnerable and sensitive they both are. Eddie talks big about how he has no interest in throwing his money away on "Janes," how his only focus in life is to start his own radio repair shop, but once he falls for Dot, he can't help but spoil her rotten. Despite his avowed distaste for marriage, the first act hinges on Eddie suddenly proposing marriage to Dot after keeping her out one night until four in the morning. (We don't see any hanky panky, but a well-placed fade-to-black expresses all that needs to be said.) In the movies, we're led to believe this kind of impetuousness is romantic, but it also serves as an indicator of the kind of poorly thought-out decisions the main characters are going to make for the rest of the picture.

The second act takes place a few weeks into the marriage. Eddie is happy to have a loving wife and to have almost all the money saved to buy his own shop; Dot, meanwhile, is happy that Eddie is happy. Dot confides in her widowed single-mom pal Edna (Minna Gombell) that she is pregnant, but she's afraid to tell Eddie. Edna is brash and opinionated, which makes her the kind of friend that Dot needs, and she fittingly tells Dot that she must tell Eddie about the pregnancy, radio shop be damned. But -- and here's one of those red flags that proves these two probably shouldn't be married -- Dot doesn't trust Eddie to love a baby more than a radio shop, so she skirts the issue, by suggesting to Eddie that she can go back to work. In a by-now-expected bit of impetuousness, Eddie assumes Dot wants the extra money so the two of them can live a fancier life, so he takes his savings and blows it all on a furnished upscale apartment.

It's almost like a twisted version of "Gift of the Magi," where Dot and Eddie constantly make sacrifices for each other's happiness without taking a moment to understand and appreciate what the other feels. I understand drama thrives on conflict but couldn't they just, you know, talk truthfully to each other once or twice? Their miscommunications reach a ludicrous level in the third act, as the birth of the baby nears, and both would-be parents become convinced -- wrongfully -- that their spouse does not want the baby. Eddie works extra hours, and even gets himself pummelled in the boxing ring, to have money to get Dot a gifted OB-GYN beyond their price range, but he doesn't tell her, so she just assumes he's staying out late drinking and getting in bar fights.

The moral of the story seems to be that lower middle class Irish-American couples spend too much energy bottling up their feelings and assuming the worst about their partners. The whole enterprise would probably be unbearable, if not for the fact that the two leads come off as endearing, sweet kids who mean well, but aren't as emotionally intelligent as they need to be. Eilers and Dunn share a palpable spark, that makes it hard to take your eyes off of them. You want to root for them, even when the script saddles them with some contrived sappiness or their characters are busy making horrible choices.

And in the film's defense, even its contrived indulgences are refreshingly grounded in everyday life. Bad Girl is not overblown opera. It's a life-size human drama, set in untidy corners of the big, bad city. Urban life isn't quite like this anymore, but it's nice to be reminded of how it once was for certain folks. 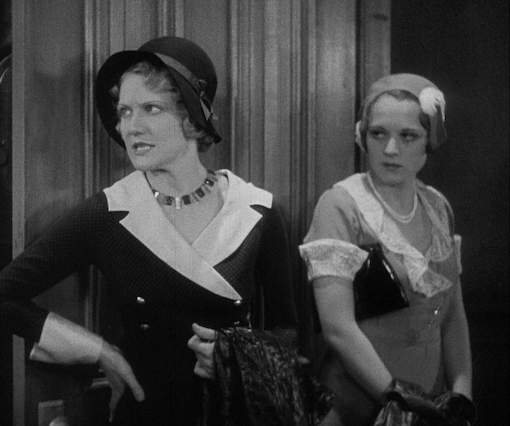 The Video:
There's a fair amount of dirt and scratches present in this AVC-encoded 1080p 1.20:1 presentation, but the clarity and crispness of the transfer is bound to make a greater impression on most viewers. The grayscale is delineated with a strong blacks and a good amount of shadow detail, considering the age of the film stock. Occasional digital noise, but it's relatively minimal. Sadly, there are a few scattered instances where the picture and audio jump because of missing frames -- particularly during Dot and Eddie's first meeting.

The Audio:
The DTS-HD MA 2.0 mono audio is quite limited and trebly, as one would expect from a talkie as early as this. It's still mostly intelligible, but fortunately there is a pretty decent English SDH track to read, when it becomes too tough to discern.

- Film writer and curator Jones provides a soft-spoken but thoughtful discussion that mixes history and analysis.

Final Thoughts:
Bad Girl is a charming (but maddening) romance about two misguided city kids who jump into love without learning to trust each other first. If you aren't the kind of person to be totally put off by the outmoded gender politics, I think you'll have a real good time. Recommended. 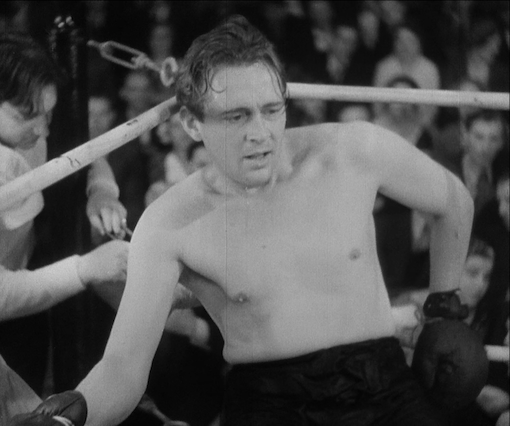