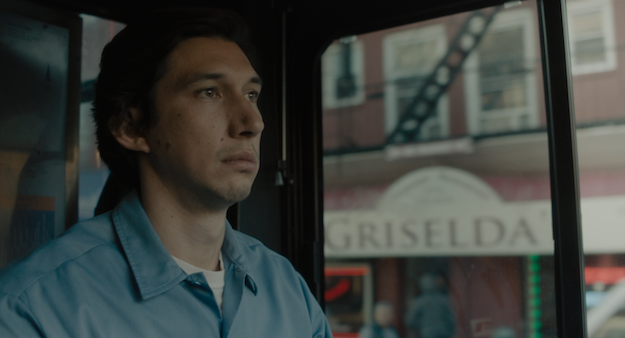 From 1946 to 1958, William Carlos Williams published five volumes of an epic poem called Paterson, intended to explore "the resemblance between the mind of modern man and a city."

You don't really need to know that to appreciate Jim Jarmusch's new film, also called Paterson, but it's helpful to know that Williams worked steadily as a physician at the same time he wrote his poetry and prose. It is Williams's status as an artist with a day job that provides the thematic backbone for Jarmusch's modest but potent film.

Jarmusch's protagonist is a city bus driver in Paterson, New Jersey, who was named after his hometown and is played by Adam Driver. It's good casting, because anyone who knows Driver from his work on Girls knows that he's a natural at suggesting a torrent of repressed emotion under an essentially deadpan facade. Jarmusch is the king of heartfelt hipster deadpan, and Driver makes for an even better avatar than Bill Murray in this respect.

Paterson is a simple film, following a low-key week in the life of its working class hero, as he wakes up every morning without an alarm clock, kisses his drowsy wife Laura (Golshifteh Farahani), eats his bowl of cold cereal, heads to the bus depot, and writes a few lines of poetry in his notebook before being sent out on the street by the put-upon dispatcher (Rizwan Manji). Paterson eavesdrops on the conversations of his riders which, coming from the writer of Night on Earth, have a familiar purposeful purposelessness that often comments on facets of historical Paterson trivia, like the exploits of local Italian anarchist and assassin Gaetano Bresci or the arrest of boxer Ruben "Hurricane" Carter.

After work, Paterson spends a few moments with Laura, who talks about her various dreams and crackpot schemes to get rich through her creativity, whether it's starting a cupcake baking empire or becoming a famous country and western songstress. Paterson has no such commercial dreams for his writing, and he is reticent to even acknowledge himself as a poet to other people. Laura, incredibly supportive, urges him to make copies of the poetry in his "secret notebook," but he clearly hopes she'll just forget about it.

Paterson then typically takes Laura's ridiculously entitled English bulldog for a walk, and stops off at the local bar to sip beer and chat about other Paterson city trivia with the bartender, Doc (Barry Shabaka Henley).

At one point, Doc is shown playing chess alone and he pointedly comments that he is "getting [his] ass kicked" by himself. Such is the nature of creativity, especially for someone who isn't lucky enough to do it for a living. It's an intimate wrestling match one engages in during stolen moments. In Jarmusch's Paterson, New Jersey, every character is taking part in these matches, looking for an outlet -- and often finding it. Paterson stumbles upon an amateur rapper (played by a ringer, Method Man) working out a verse to an audience of washing machines in an empty laundromat. He sees a young girl (Sterling Jarens), writing in a notebook much like his, and has her read him a poem. And it's good.

Jarmusch includes a motif of identical twins and other famous pairs (Romeo and Juliet, Abbott and Costello) to seemingly drive home the idea that no one is a single thing. Paterson is a bus driver, but he is a poet too, whether he will admit it to himself or not. It's not a groundbreaking idea, but Jarmusch illustrates it with delicacy and care. The film's climax is a quiet conversation on a bench between Paterson and a Japanese fan of William Carlos Williams (played by Masatoshi Nagase from Mystery Train -- how cool is that!?), and its intense emotional impact is frankly surprising. You can grasp Paterson intellectually within moments, but the artistry of Jarmusch's minimalism only truly reveals itself once these final moments unfurl onscreen. 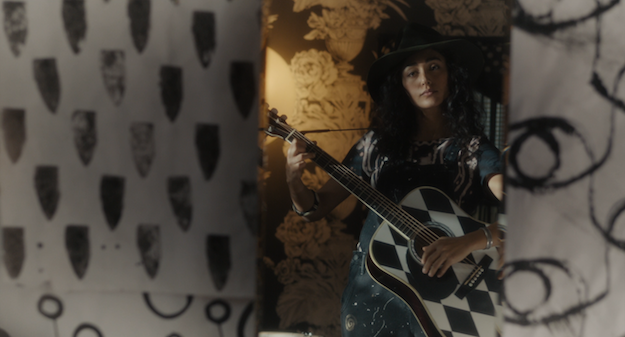 The Blu-ray
The Paterson disc comes with a Digital HD code for use with iTunes or UV.

The Video:
As usual with their new releases, Universal delivers a flaw-free AVC-encoded 1080p 1.85:1 transfer. The cinematography by Frederick Elmes is relatively muted, with dappled light and earthy colors, and the transfer serves this look well.

The Audio:
There are not a lot of bells and whistles highlighting the DTS-HD MA 5.1 surround audio mix, but it is consistently clean and atmospheric. Music by Jarmusch's band SQÜRL and some other source music cues are given full play across the soundstage. One subtitle option: English SDH.

Special Features:
None. Just the forced previews when you pop in the disc. 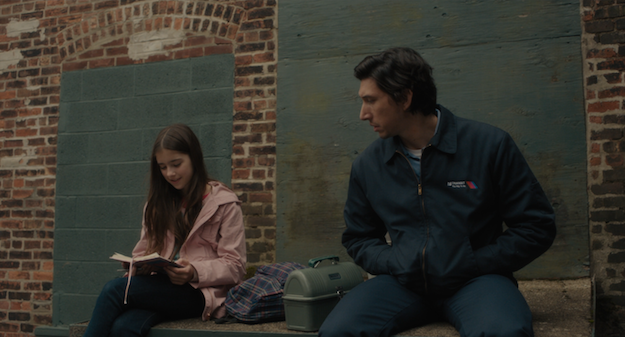