No, this isn't a remake of the 1987 movie with Susanna Hoffs, but its premise is quite familiar. Banjo-playing Martin (Emile Hirsch) and his girlfriend Ginnie (Analeigh Tipton) have been together a while and the time comes for him to meet her father- the hard-nosed, rich "man's man" Frank (J.K. Simmons). They meet him at a restaurant for dinner and of course Martin has to make a good first impression, but he pretty much blows it- first making him laugh at his choice of a vegetarian dinner instead of a nice steak, then the old movie classic mistake of spilling a drink on him. Ginnie doesn't mind this though, as she and her dad haven't really been close- he spends a lot of time traveling the world for business and pays her little attention, already having divorced her mother years ago. 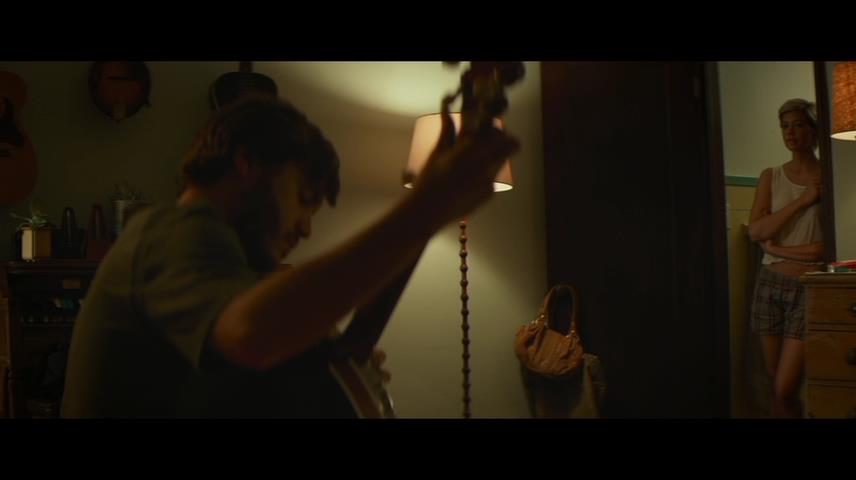 Cut to six months later- Martin's on his own, having been dumped by Ginnie after all and a bit sad about it, sleeping much of the time and having to take in a stoner roommate to help cover the rent. He's woken up however by a knock at the door, which turns out to be Frank. He's in town hoping to see Ginnie but can't reach her, not even by phone and he thinks something's off. As he doesn't know any of Ginnie's other friends, he asks Martin to help find her- he reluctantly comes along for what ends up being a wild goose chase across Los Angeles. They first stop at the home of a bickering couple (Taran Killam and Kristen Schaal) who she was known to have moved in with after the break-up, but it turns out that she moved out from there a while ago and they don't know where she went. They then search places she's worked at only to find she no longer works there anymore and hasn't been heard from since. Although Frank gets increasingly worried, the tone of the movie remains comedic so it's doubtful that anything bad has really happened to her. Her disappearance mainly seems to be an excuse for Martin and Frank to be stuck together looking for her, and of course the two of them learn a few things in the process.

I've enjoyed Emile Hirsch since The Girl Next Door and even liked him in the widely-panned Speed Racer- he still does a good job here but the script doesn't give him nor Simmons a whole lot to work with. This formula of being stuck for a few hours with someone you don't really want to be spending time with has been done plenty of times before, and the characters here really don't get into any memorable situations along the way. The best trouble they can get into is first driving home one of Ginnie's drunk friends from a club (she of course is also no help in locating her), where she promptly vomits on Frank forcing him to grab one of her pink girly shirts and wear that for the rest of the movie while continuing to act tough- another gag I've seen plenty of times. Not to spoil the ending, but things get quite ridiculous and when the ending does come around you'll likely question the point of everything that's happened. The movie is definitely on the short side running under 90 minutes, but it feels a bit longer than that. 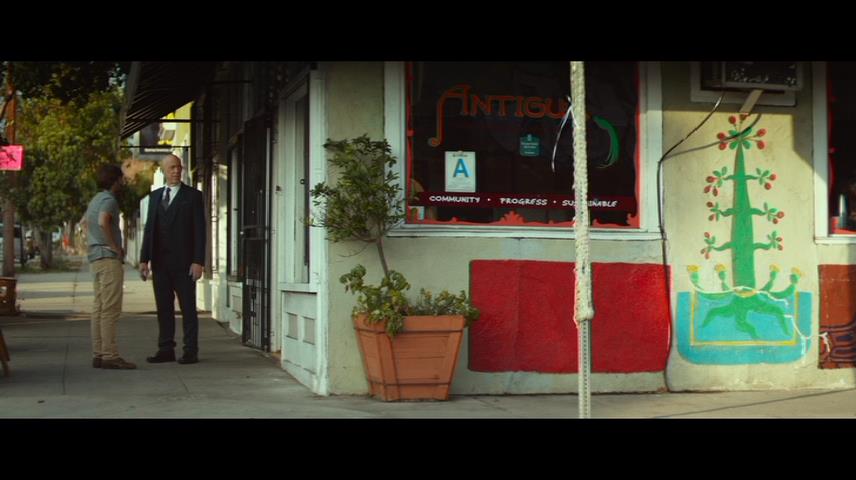 Shot digitally in a 2.35 ratio, there are a few anamorphic qualities to the picture- mainly the top and bottom of the screen sometimes not looking as well-focused as the middle, making me wonder if this was done intentionally to make it look more film-like. The photography is reasonably good here which almost makes up for the weak script. Fox didn't find this movie fit to release on Blu-Ray disc and has released it only on standard DVD, but the presentation here at least looks as good as the format is capable of. Many of the scenes are dark and there is some noticeable banding and compression artifacts in a few places, but not as bad as I've seen on other DVDs.

Oddly, this DVD does come with an HD UltraViolet copy as well, which I checked out parts of after viewing the disc. Although I strongly prefer physical media over any type of ‘digital' delivery, I'll have to admit that in this case the HD digital picture quality beat that of the standard DVD. Most likely I will still choose the disc for any further viewings for mainly practical and political reasons, but this is another time when I have to wonder why the industry and many consumers are still sticking with the now 20 year old DVD format when the superior Blu-Ray and UHD formats are now out- and those will beat any current ‘digital copy' hands down. 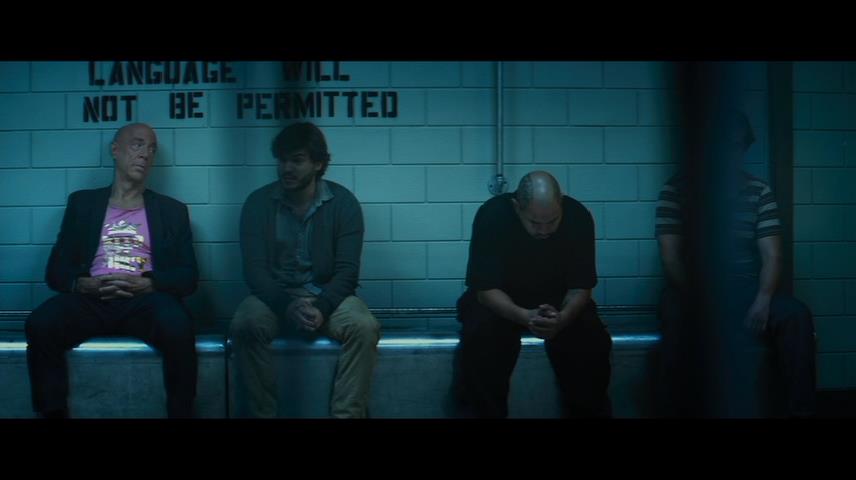 The audio in 5.1 Dolby Digital is mainly confined to dialogue but does use the surround channels well in a few outdoor scenes. I had to laugh at one scene in a nightclub with loud music playing, a situation I personally hate and why I rarely go to such places- Martin is trying to get some info on Ginnie's whereabouts from an acquaintance there, and neither can really hear what the other is saying over the music- their dialogue is given just enough volume for us to hear that they're aware of this problem but not make out everything they say. The disc does help with both hearing-impaired subtitles and old-fashioned closed captions, as well as Spanish subtitles. 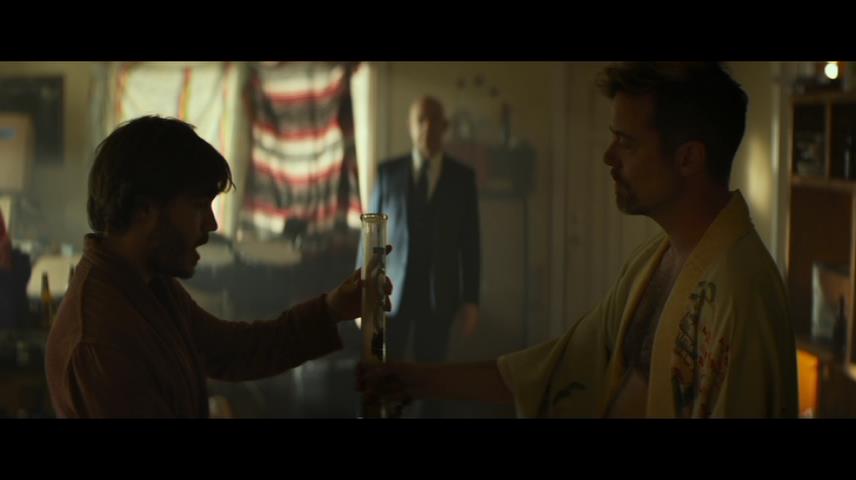 The movie's trailer is included along with trailers for Why Him?, Keeping Up With The Joneses, The Bounce Back, The Beautiful Fantastic and a "Discover Digital HD" promo with direct plugs for Amazon, Google Play, iTunes and Vudu which I'm sure any retailer selling this disc will be happy about. (They needn't worry about me at least, I'm still not a convert.) I guess I should give props to Fox for giving this release decent packaging that includes a full-color disc label which other studios seem to have stopped doing. 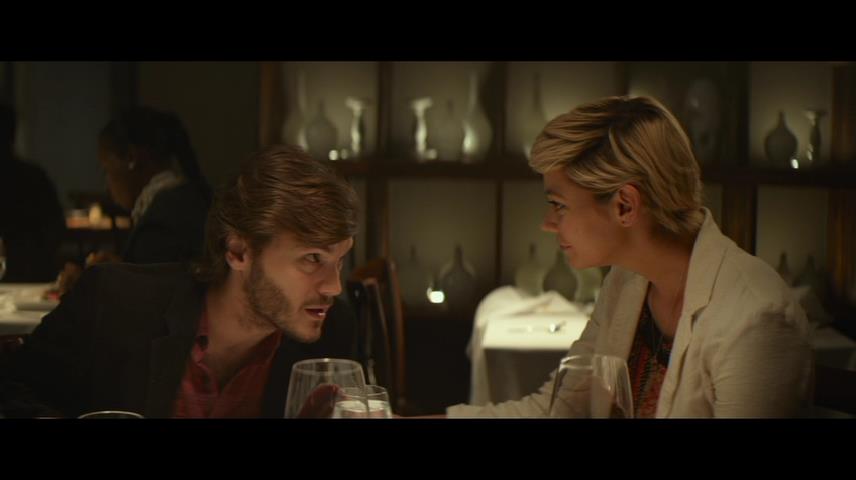 All Nighter has a decent but familiar premise that really doesn't go anywhere. The two main characters are likeable enough and Hirsch and Simmons are fun to watch, but many of the other characters, supposedly friends of Martin and Ginnie, are mostly unpleasant and not a whole lot really happens to make you remember this movie after it's over.