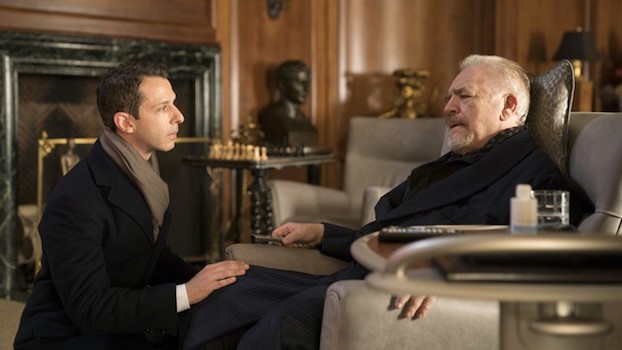 NOTE: The images accompanying this review are promotional stills that do not represent the quality of the Blu-ray under review

Succession is a dysfunctional family comedy-drama set against the backdrop of a corporate multimedia empire on the verge of collapse. Publicized as being "from" the show's pilot director, Adam McKay, in his much-ballyhooed (and Oscar-winning) Serious Style, as seen in The Big Short and Vice, Succession's key vision clearly belongs to Jesse Armstrong, who co-created the oddball sitcom Peep Show and wrote on the Armando Ianucci political satires The Thick of It and In the Loop. The sensibility is bone-dry, which allows the (many) moments of absurdity to inspire laughter, shock, and, yes, awe.

Brian Cox is Logan Roy, a sort of Rupert Murdoch figure, who is first seen pissing blood on the floor of a dark hallway because he doesn't realize he hasn't made it to the bathroom. It makes sense, then, that Logan is supposed to be handing off control of his company to one of his sons, Kendall (Jeremy Strong). Kendall belongs to the Donald Trump, Jr., school of corporate leadership, where entitlement supersedes competence on his resume. He is frequently seen trying to strong-arm deals from people, in the style of his infamous daddy, only to end up outwitted and on the defense.

The first episode of Succession's first season sets up a dilly of a conflict. Just as Kendall is about to publicly announce that he is taking over the company, Logan tells the family that he won't let that happen. Then, Logan has a stroke. Suddenly, Logan's kids -- eldest brother Connor (Alan Ruck), playboy jerk-off Roman (Kieran Culkin), and would-be political operative Siobhan, or "Shiv" (Sarah Snook) -- maneuver to form alliances and see who will be on top. Other players in this high-stakes power game include Logan's outsider wife Marcia (Hiam Abbass), Logan's henchmen -- er, I mean, longtime colleagues, Gerri and Francis (J. Smith-Cameron and Peter Friedman), Shiv's somewhat bumbling fiance Tom (Matthew Macfadyen), and a young cousin, Greg (Nicholas Braun), the classic "poor relation" whose dopey burn-out personality belies an instinct for getting the best of his supposed betters.

Of course, you don't cast Brian Cox in a meaty role like titan of industry Logan Roy, and just sideline him for the rest of the series. Cox's grizzled Logan is too much of an asshole to lie down and let Kendall and the rest of the clan drive his company into the ground, even as dementia takes his mind. (In one particularly effective story thread that recurs, the new bosses are thrilled to take over -- until they realize the company's history of dirty dealings in which they must become complicit if they truly want to be in charge.)

Succession does an excellent job of making its characters compelling and human, without necessarily making any of them particularly likable. The closest any character comes is Natalie Gold as Kendall's estranged wife, who seems to have the good sense to be trying to get out of this bizarre orbit. Sometimes the show coasts on its characters' displays of extraordinary bad behavior, but the entertainment value in watching the daft and powerful be continually cruel and conniving should not be easily discounted. 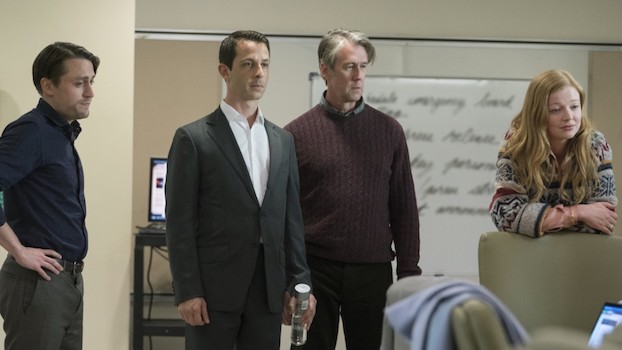 The Blu-ray
The 10 episodes of Succession: The Complete First Season are presented on three BDs. A Digital HD code is also included.

The Video:
The AVC-encoded 1080p 1.78:1 transfer seems to accurately reproduce this shot-on-film show. The style is textured and life-like, but the colors are muted and almost sterile. No major compression issues, although the bitrates on disc 1 seem a little lighter than the later shows for whatever reason.

Final Thoughts:
Rich people: they're nothing like us. Succession finds the right mix of bitter humor and operatic drama in its first season of family squabbles and corporate power plays. Highly Recommended. 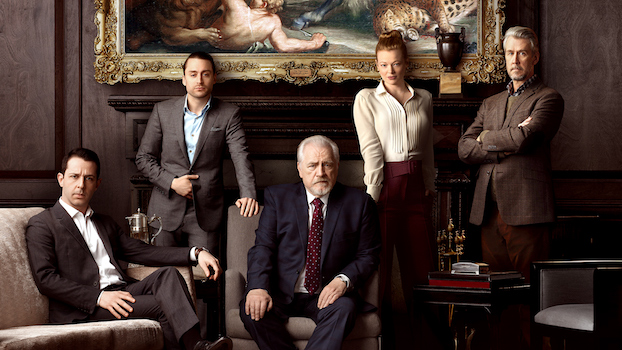