Well, once again I'm forced to begin this review with a spoiler warning for those who haven't seen the prior film to this. As this sequel picks up right where Happy Death Day ends, it's pretty hard not to give away any of that movie's surprises. Having said that, Happy Death Day 2U goes in a few different directions before deciding what it's really going to be about. At first glance it seems like Ryan (Phi Vu), the obnoxious roommate, is going to be the center of this one as he first gets killed un-brutally enough to keep a PG-13 rating, then finds himself alive in the morning and repeating the same day over again just as Tree (Jessica Rothe) did in the first movie. We soon find out exactly what's been causing this whole repeating-day thing though- Ryan and his fellow science geeks have been working on a contraption on campus which messes up the whole natural timeline. Tree blames him for everything she went through in the last movie, but gets really mad when a bit of tweaking with the machine ends up knocking the day backwards again to the same day she lived out ad nausem. 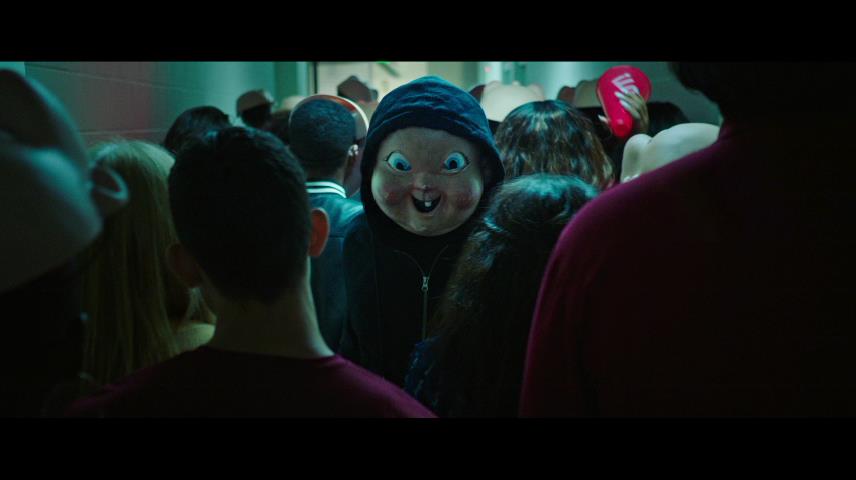 This time a few things are different though- although she's still being stalked by a knife-wielding killer wearing a mask (but it isn't who it was in the first movie) a big difference is that her mother (Missy Yager) is alive and well, when she had died a year or so before the first movie. This makes Tree think that maybe she ought to just stay in this alternate reality, as things are seemingly better. But as often happens in these type of movies, she starts to question whether it's "right" or not to change fate- and for some reason she finds her relationship with Carter (Israel Broussard) a big consideration also. While they were on their way to becoming a couple before, in this version of reality he's going out with Danielle (Rachel Matthews), the sorority boss who's also not as bad a person as she was before. She feels that by either staying where she is or helping to get the machine to send her back to her own timeline, she has to "choose" between her mother or Carter. I sort of had a problem with that because there didn't seem to be any negatives with her mother getting a new lease on life, and she could've still gone after Carter if she really wanted to- or ended up with someone better later on. As in the first movie, Tree liberally offs herself (to another musical montage) when the day doesn't go exactly the way she wants- and the narrative can't decide whether it's OK for her to keep doing that (the concept of having unlimited lives in a video game) or if she's suffering any long-term physical harm from it. Things are played for laughs much more obviously than before as well, mainly because Ryan is given a bigger part and he provided much of the comic relief before. Tree also gets incredibly cynical the longer she stays in her ridiculous situation, which she thought she had escaped at the end of the first movie. 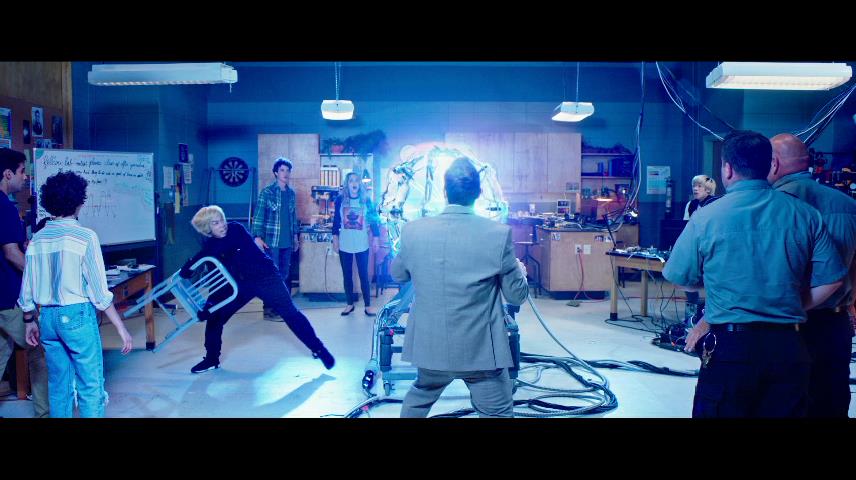 This sequel maintains the look of the first movie, shot digitally in a 2.35 ratio. The Blu-Ray presents this admirably, with clear details even in the darkest scenes and bright colors- it appears a bit too bright and clear in the moments that are supposed to be scary (where a grainy look would be expected) but this is the intended look for better or worse. A standard DVD is also included, which looks fine for that format's antiquated standards.

The 5.1 sound mix is quite lively, with surrounds remaining active mostly throughout even in the quieter moments, but really standing out and causing some good startles at appropriate moments. Spanish and French dubs are included, along with a descriptive audio track where a female narrator plainly describes what's happening onscreen. Hearing-impaired subtitles (positioned onscreen according to who is speaking) and standard French and Spanish subs are included on both discs. 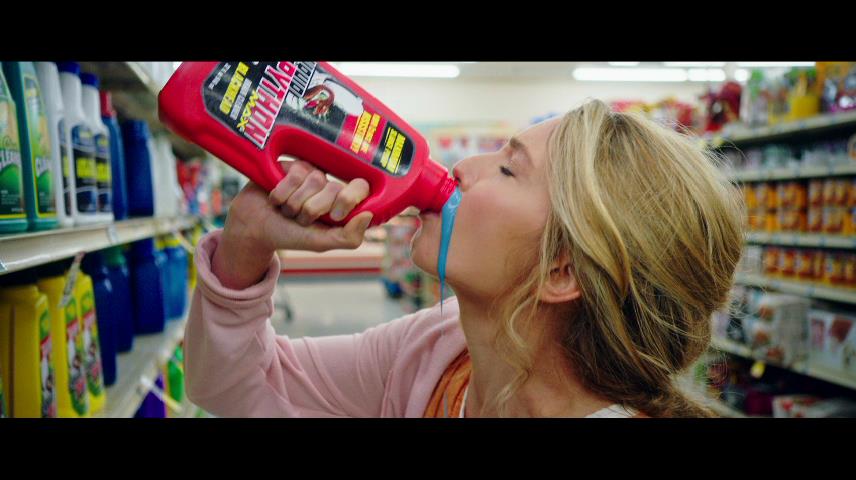 Universal seems to be adopting a new style of menu on this Blu-Ray; instead of the template they've been using going back to HD-DVD, this time the options appear on the bottom. Teaser video of the extras also plays on the right-hand side during the main menu. Additionally, the extras all play automatically after the movie ends, following a screen saying "Thank you for watching the feature presentation. Stay tuned for bonus features." This is sort of a good thing here, as all of the extras are about two minutes long as has been the case on many of Universal's recent releases, with the whole going back to the main menu and clicking on the next extra being a bit tedious. There's no title screens telling us exactly what we're about to see though, so you have to just figure out if you're watching a deleted scene or production featurette. The first thing we get is a gag reel, followed by just one deleted scene, two featurettes where the cast and crew first shares how much fun it was shooting these movies and then briefly ponder the whole multiple-timeline concept (and the director refrains from stating that he's the son of actor Michael Landon). Finally there's an animated Cliff Notes-style segment that basically outlines the entire movie in two minutes.

If you have BD-Live enabled, you'll get a few of Universal's "fresh previews" in medium-range quality on startup. Universal still seems to be keeping these updated. If you disable BD-Live though, you'll get short 30-second TV spots for Glass, Fighting With My Family and Serenity (a newer movie, not the sci-fi movie with that same name), in HD with 5.1 sound (the DVD also starts out with these.) 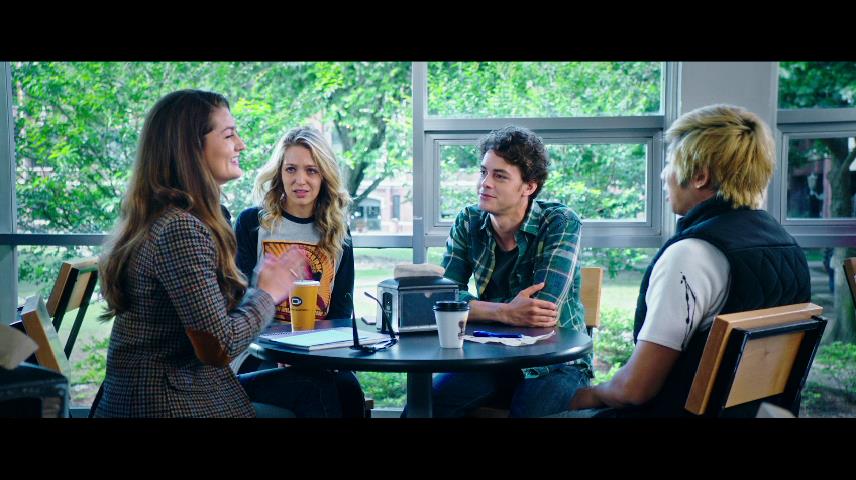 Despite this movie's flaws, I still found it very fun, more so than the first movie- although I would say that overall the first movie was better-made and written than this one. The best way to watch these is back to back; I wouldn't recommend watching this without having seen the first movie as there will be many elements you won't "get". If you absolutely didn't like the first movie though, you likely won't appreciate this one as it focuses mainly on the same characters and situations. While the ending here does leave a third movie open, it'll be interesting to see if that one can stay fresh if it happens.