With the various Hobbit and Lord of the Rings stories getting multiple film treatments, Dome Karukoski decided it was time for author J. R. R. Tolkien (the letters standing for John Ronald Reuel) to be the subject of one. The result gives you a decent idea of what the man himself was like, but not so much as to how his most famous stories came about. 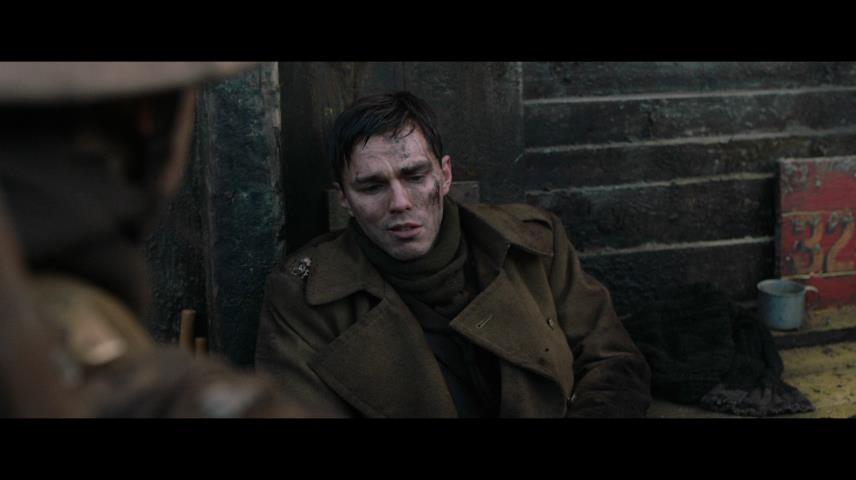 Most of the movie is told in flashback, a format which I've expressed my general dislike of here numerous times. The movie begins with Tolkien (Nicholas Hoult) as an army lieutenant in France during the first World War, then flashes back to earlier episodes of his life. We see him a bit younger (played here by Harry Gilby) as he lives in England with his brother Hilary (Guillermo Bedward) and single mother (Laura Donnelly). They're not very wealthy and are forced to move several times, but their mother instills in them an appreciation for literature and the study of language, reading them stories and teaching them older languages such as Middle English. JRR (called Ronald for most of the film) especially takes a fascination to these.

Their mother soon dies, but they've been entrusted to Father Francis Morgan (Colm Meaney) who arranges for them to live at a boarding house for orphans and to attend the prestigious King Edward's School in Birmingham. Ronald quickly falls in love with fellow orphan Edith (played by Mimi Keene at first and then by Lily Collins as she gets a bit older), who is expected to be a "proper woman" but appreciates the fine arts and wants far more out of life. At school he first gets into a fight with Robert Gilson (Albie Marber) who turns out to be the headmaster's son, but they soon become friends afterwards, with Robert allowing Ronald to join his group of friends. In most movies you'd expect to see this group getting into all sorts of trouble, but here their main activity is drinking tea and discussing music and literature, without appearing stuffy about it. Their parents all expect them to take on "practical" professions such as lawyers, but they dream of instead becoming authors, poets or composers. They adopt the term "Helheimr!" as their motto, meaning that if they are going to die or "go down" they will do so fighting and not while resting comfortably away from battle. Ronald aspires to attend Oxford after graduating, but Father Francis as his legal guardian tells him that he can only do so if he agrees not to have anything further to do with Edith as she is not of the class his family would have wanted him to end up with.

All of this would have worked fine without the flashback elements, from which periodically the movie cuts back to the "present" time of war. This structure rarely works for me and the best I can do is try to disregard it and enjoy the flashback scenes on their own. The cast both young and old carry the story well, even though many viewers will keep asking "So how did Lord of the Rings come about?" That question is never really answered, the best this movie can do in that regard is show Tolkien perceiving the war activity as that of knights and dragons through visual effects. The younger Tolkien is shown to be very fascinated with languages in general, admiring the sound of certain words and phrases and making up languages of his own. Incidentally, his present-day estate has stated that they "do not endorse this film or its content in any way." 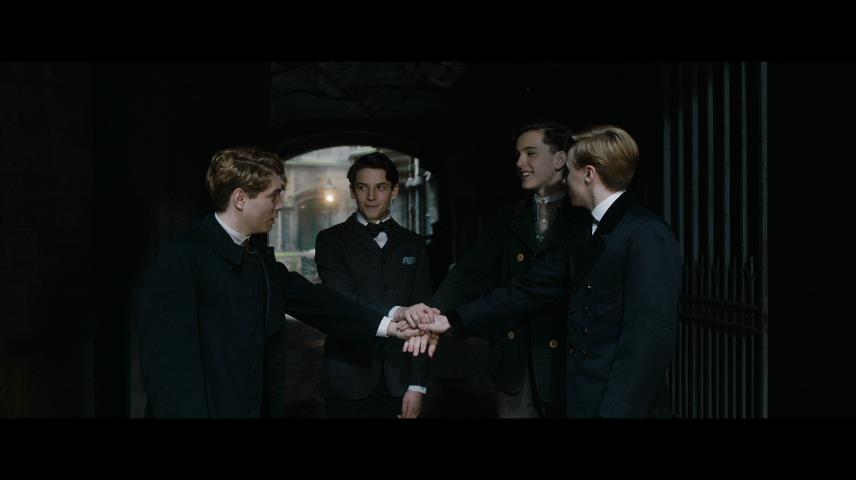 The digitally-shot production, in a 2.35 ratio, gives the movie a nice look but one that is a bit too clean and modern-looking for its settings, which a bit of film grain would have helped. The Blu-Ray presents this nicely, with no apparent compression artifacts and just a hint of banding in some dark scenes. A standard DVD is also included which looks adequate for that format but I just shake my head at the industry continuing to release new material downscaled to its antiquated resolution.

The 5.1 audio mix is more lively than one would expect from what is mainly a "dialogue picture"- the voices in the center channel are very clear and the other channels are filled with atmospheric effects even in moments that don't really call for them. Thomas Newman's atmospheric score is showcased nicely as well. Both discs also include an audio description track, French and Spanish dubbed tracks and subtitles in those languages also (the English subs are hearing-impaired formatted, and the DVD also includes these as standard closed captions. These are helpful to us Yanks as the British accents and words are often a bit hard to decipher.) 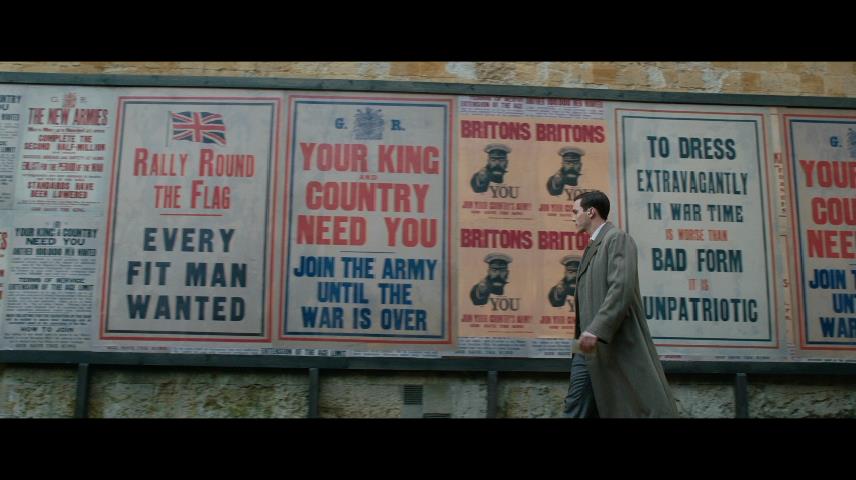 Director Dome Karukoski provides a commentary track where he does point out a few moments that he feels influenced Tolkien's writing, as well as share a few production details. A few deleted scenes are included (some of them quite well-done) and also include a commentary track. The only other substantial extra is an HBO "First Look" segment that basically outlines the movie. A short still gallery rounds out the extras. Both discs also include a few other trailers (but are not present if your Blu-Ray player is set to regions B or C): The Favourite, The Aftermath, The Old Man & the Gun, Can You Ever Forgive Me? and Missing Link (which retains its mention of 3D despite that not being available on any disc release.) The DVD also treats you to an anti-smoking PSA. 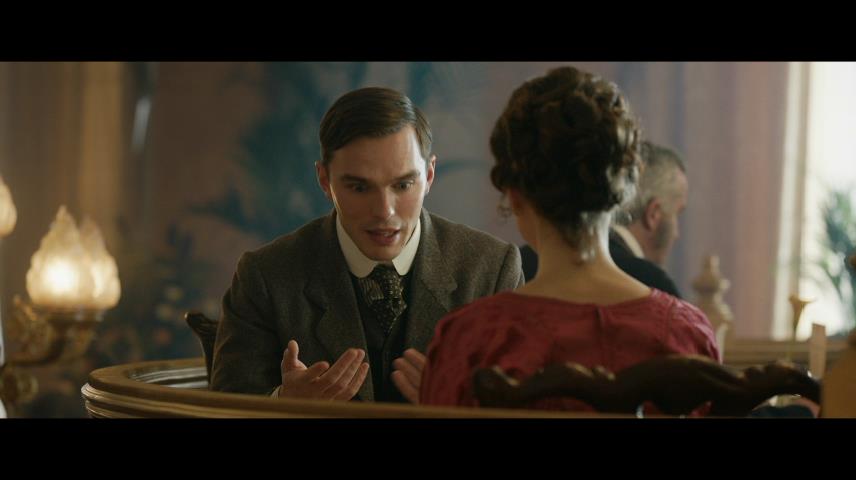 Tolkien falls a bit short as any sort of definitive look at the author's life or at how his Middle Earth stories came out, but is still an entertaining insight as to who he was with enjoyable performances which can serve as footnote viewing to Peter Jackson's Lord of the Rings movies.