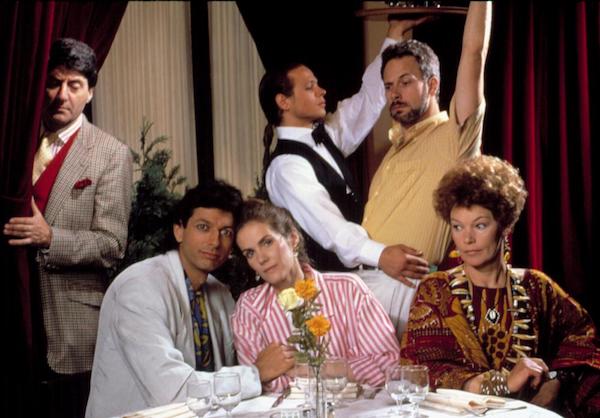 NOTE: The images accompanying this article are promotional stills and do not represent the quality of the Blu-ray under review.

Next to the officially unavailable HealtH, the 1987 comedy Beyond Therapy might hold the place of the least-seen and most-derided film by director Robert Altman. (I know Quintet might actually get more vitriol, but I think that one is far, far better than its reputation.) Like almost all of Altman's '80s work, Beyond Therapy is an adaptation of a well-regarded play, this time by Sister Mary Ignatius Explains It All For You playwright Christopher Durang. Not having seen it, one presumes that Durang's play is a snappy farce in which New York neuroticism melds with good old-fashioned horniness.

One must make this presumption because Altman has overridden the material's suggested style and put his stamp all over everything: shooting wide zooming master shots, layering conversations over each other, breaking the continuity of scenes and cross-cutting them with peripheral action, then scoring it all to multiple versions of the same jazz standard (this time, it's "Someone to Watch Over Me"). Altman made his name with subversive comedy ('member M*A*S*H?), but his aesthetic just short-circuits Durang's intentions.

Altman has assembled a great cast, yet every person, but one, feels out of place. Jeff Goldblum and Julie Hagerty are the would-be couple at the center of this madcap mishmash. Goldblum is Bruce, a bisexual who has taken up the practice of placing personal ads, in search of a woman to rescue him from the dullness of his live-in boyfriend (Christopher Guest). Hagerty is Prudence, an unfulfilled writer whose strict vision of masculinity keeps her from connecting to men. They meet over one of the personal ads and together, they are a bundle of neurotic acting tics and self-consciously wacky behavior.

Unsurprisingly, both of these characters are in therapy. Prudence sees Tom Conti's would-be Italian lothario, who sleeps with his patients and suffers from premature ejaculation. (Although he isn't the one who's suffering. Ba DUM ching!!) Bruce sees Glenda Jackson's inept and possibly mentally deficient shrink just down the hall from Conti. Several times throughout the day, Conti and Jackson meet in an adjoining office for no-strings sex before returning to work.

With this much talent assembled, it would seem impossible not to score a few laughs. And the film has its share of chuckles. Even a precious few gut-busters. But only Christopher Guest, doing a proto-Corky St. Clair as Jeff Goldblum's spurned lover, seems to be committed to being funny rather than just aggressively absurd. The scene where Guest drags the members of an aerobics class/group therapy session into a French restaurant is the one moment where the film truly seems to find the right mix of timely satire and goofy slapstick silliness that it otherwise sweats so hard to achieve.

The film is set in New York, but it clearly was shot in Paris instead. Most of the supporting cast speaks with a French accent -- including Geneviève Page as Christopher Guest's overbearing mother -- although Altman tries to explain some of it away by having one of the main sets be that aforementioned French restaurant. It doesn't work. Everything just looks like Paris. At the end of the movie, the camera pans over the city and lands on the Eiffel Tower, as though it were a final mind-blowingly absurd gag. Instead, it's a shrug, leaving the audience to mutter, "Yeah, we knew." 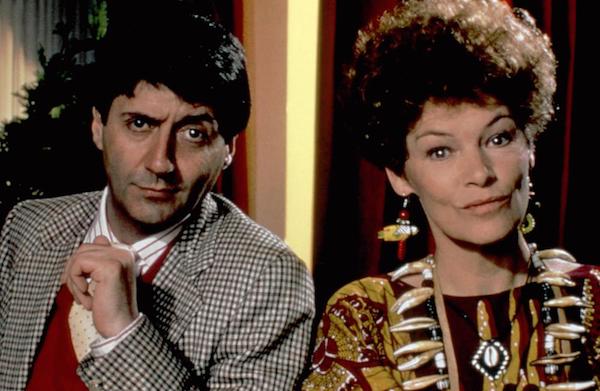 The Video:
The AVC-encoded 1080p 1.78:1 transfer is solid if not wildly impressive. This relatively underwhelming result seems to owe more to Pierre Mignot's flat, even lighting than to the new transfer. Colors are saturated but don't really pop. But on the encode end, there's minimal noise and an overall clean appearance.

Special Features:
None of the major folks associated with this flick finished the project with fond memories, so it's unsurprising that the disc only offers some trailers as a bonus feature. One for this film, as well as lo-res-looking trailers for a bunch of other New World Pictures that Scorpion has released: Delivery Boys, Fraternity Vacation, Pretty Smart, Shadow Play, Talking Walls, and The Killing Time.

Final Thoughts:
There are enough fun moments that Altman completists won't have a completely terrible time with this one. But, the nonstop zaniness for zaniness's sake makes this one essentially tedious. Completists should rent it, but most folks can Skip It. 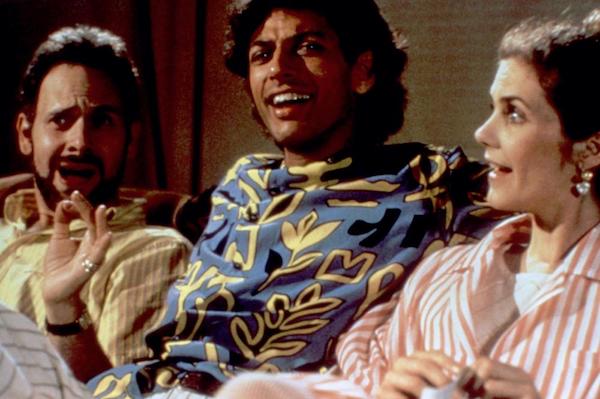