I Got You Babe: The Best of Sonny and Cher Volume 1 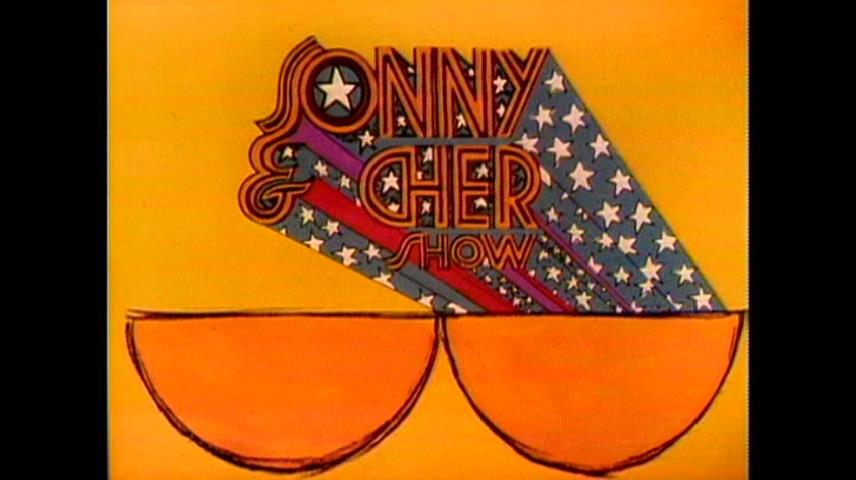 I can never get enough of old musical and comedy variety shows these days. I remember them being rather cheesy from what I can remember of their original airings, but they are yet another thing that gets better with age. There were many of these throughout the 1960s and 70s, anchored by star hosts with a never-ending parade of different guest stars every week to do their own musical numbers and join in the comedy sketches. Sonny and Cher were two of the biggest stars in this genre- in 1971 they were set to take up residency for a live show in Las Vegas when they had to cancel because CBS offered them a weekly TV show, five episodes of which are featured here. 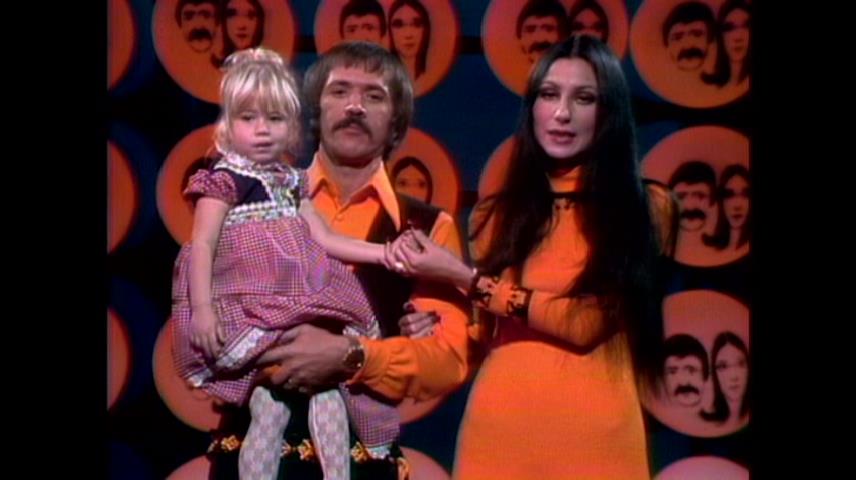 My first real exposure to this show was through a previous DVD set that is now out of print. This set from Time-Life doesn't duplicate any of the shows that were on that, but the format of all of them was pretty much the same- Sonny and Cher come onstage, lip-synching a recent popular song and then Sonny earnestly tries to open the show while Cher slyly insults him, usually over his being short which isn't even very obvious (one shot shows him wearing platform shoes so that may be how he got around that short-coming). At the time it was considered all in good fun, but the two would end up divorced by 1975 and putting an end to the show- I wonder how much backstage bickering was really going on. The two of them were supported by a troupe of supporting players which included Steve Martin (with a heavy beard), Terri Garr and Murray Langston. Many of the sketches had recurring themes, one of which was "Vamp" lampooning times in history and literature when women had the upper hand over men. This is included several times here. Operas would be parodied as well- the first show has one working current commercial jingles in for comedic effect, starting off with singers and pages in a king's court coming together to "let the singers do the walking with the yellow pages". This is somewhat annoying repeated in this set in another episode on the following disc, introduced by Carroll O'Connor saying that many wrote in asking to see it again. (Incidentally, the real "keeper" here is O'Connor's vocal rendition of All in the Family's instrumental closing theme.) To be fair, consumer VCRs weren't around yet let alone YouTube, so at the time the sketch hadn't really been seen for a few months. Which leads me to an unfortunate shortcoming of this set.

The biggest barriers for a lot of shows and movies being released on home media is the licensing of any songs that are included in them- even if it's a different rendition than a popular recording, the songwriters and/or owners of that song's publishing rights still often demand a higher than reasonable fee for its being included. This was a big problem with Time-Life's Carol Burnett Show DVDs, and sadly is also very obvious here. Excluding commercials, network shows of this era ran over 50 minutes but the running time of the shows here ranges from 39 to 45 at most. One casualty of this is the recurring animated "music videos" of popular songs covered by Sonny and Cher- not a single one of these appears here, although they were a highlight of the older DVD set (I particularly liked the one for "Bad, Bad Leroy Brown".) Cher usually had a solo performance on every show but most of those have been cut, and those by the guest stars have gotten the axe as well. Even one of the "Vamp" sketches is gone, although its characters show up in the green-screen reprise at its end. With that in mind it's interesting what songs they were able to clear, including a few by the Beatles, but it is quite frustrating that so much was left out. I still enjoyed what was left, but felt the presentation would have been better served by the surviving parts of the show presented as highlights rather than masquerading as complete episodes. There is no indication of these cuts anywhere on the packaging. 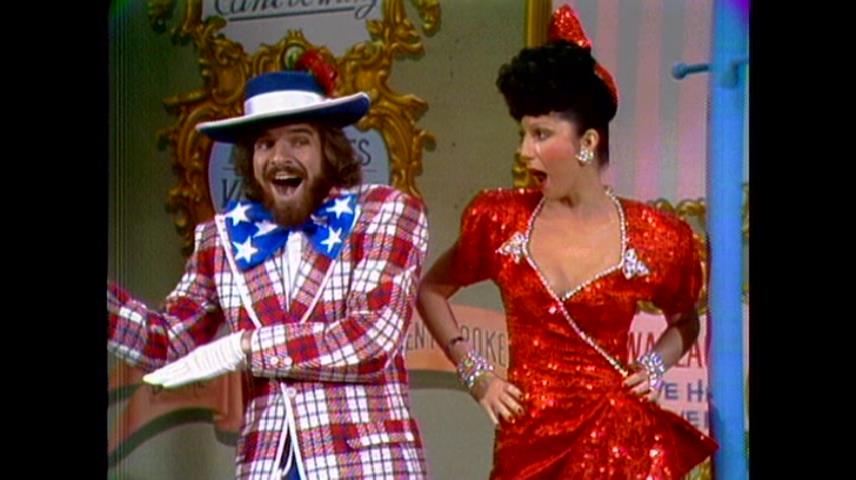 I was almost afraid to review this set after the disastrous frame-rate botching on Time-Life's entire Laugh-In series as well as a few from The Carol Burnett Show, but thankfully every show (save for the extras, which I'll get to further down) is in its proper videotaped frame rate, looking almost like it could have been shot yesterday. The quality of the first show is a bit rough, with bleeding colors, but the rest look fine. The older DVD set still has better picture quality overall however- one odd authoring decision carried over here from other recent Time-Life discs is to encode everything in a squeezed 16x9 frame with black side borders, rather than as a true 4x3 image as most DVDs are. This results in pixels that are more rectangular than square, and some of them are wasted on the black side bars when they could have been used on the actual picture- modern Blu-Ray players will add their own side bars to 4x3 material. While this will make it harder for anyone to watch these shows improperly stretched on a widescreen TV (and some older equipment makes you manually adjust for that), it's still an unneeded decrease in picture quality. On the positive side, the bitrate is kept high as each dual-layered disc includes only two shows, with all extras on the first one.

The audio is mono of course (by the time TV got stereo sound in 1985, there was far less music on shows of that time) and encoded in 2-channel Dolby Digital which stays properly centered. Quality is likely better than how it was heard on most stations back then, as audio was sent through phone lines- here it's direct from the masters. I noticed a slight background buzz during one episode, but audio simply wasn't a big concern for TV then. I also noticed two brief dropouts on the 5th disc which was the fault of the encoded material and not any faulty playback media or equipment on my end. All shows are both subtitled and closed-captioned with the same text- song lyrics are not shown but only represented by musical notes. 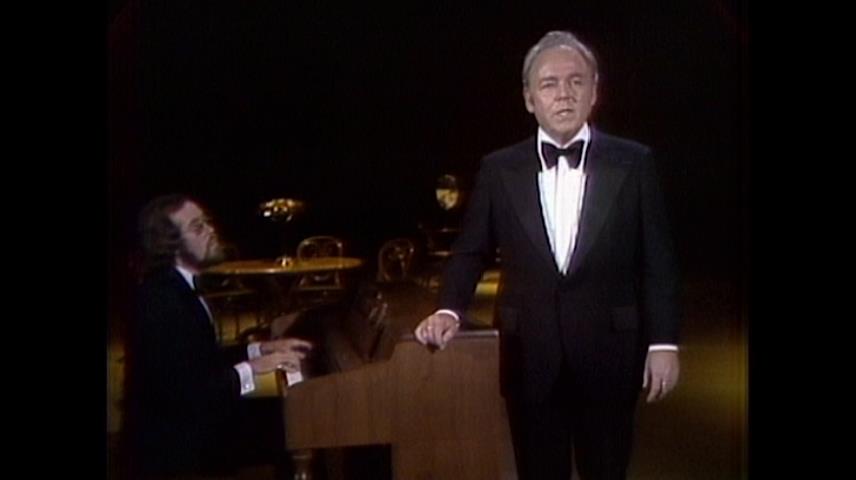 Somewhat lengthy interview segments shot for this release from Cher herself as well as Frankie Avalon (who guest starred on the show but not on any of the episodes in this set) are included, where both share memories of the show and Sonny and Cher's performances prior to that. A segment with producers Allan Blye and Chris Bearde from the older DVD set is repeated here with some edits. Finally there's two TV clips from 1970, but both of these do in fact suffer from the botched frame rate that has plagued far too many recent DVD releases- basically the appearance is choppy like most on-line videos rather than the live-broadcast look seen in the shows. One is a segment from the Barbara McNair Show where Sonny and Cher test out the on-stage singing and bantering that would end up opening their series, and another from a local Philadelphia show called Jerry's Place. 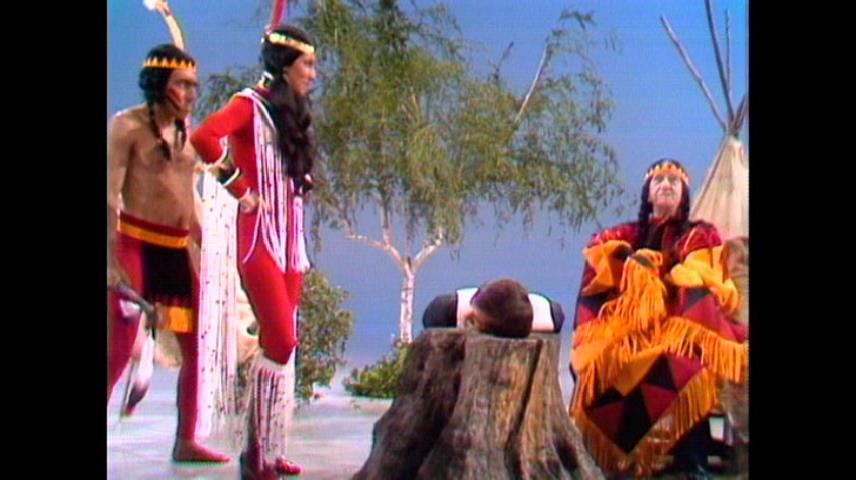 There may never again be the sort of talent that could carry a weekly show like this, though many might be thankful that the genre generally died in the 1980s. This set gives you a good glimpse into those days, and left me in a good mood despite the many edits. I'm giving this a Recommended with that caveat in mind- enjoy this for what's included, but don't go in expecting to see these shows in their complete form.