General Died at Dawn, The 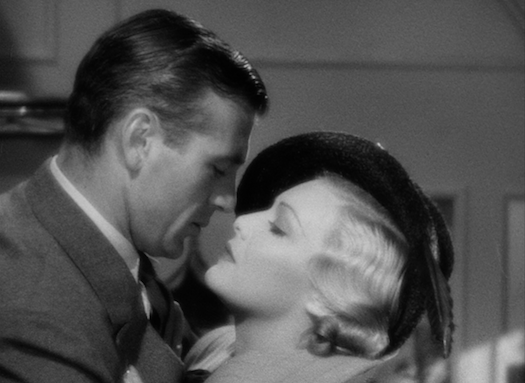 The General Died at Dawn is a 1936 proto-noir from director Lewis Milestone (All Quiet on the Western Front, The Front Page) and screenwriter Clifford Odets (Sweet Smell of Success). While the film itself isn't so widely remembered, it bears the distinction of introducing the line, "We could have made beautiful music together," into popular culture.

That line points to what is both great and less-than-great about The General Died at Dawn. The flick is a stylized adventure, starring Gary Cooper and The 39 Steps' Madeleine Carroll at their respective dreamiest, soaked in the florid poetry of playwright Odets's dialogue (this was his first script for the screen). When Odets sticks to banter, the picture sails along beautifully. When he stuffs soul-searching monologues into his characters' mouths -- which is a little too frequently -- he derails the picture's pulpy momentum.

Of course, this being an Odets story, the script is going for more than thoughtless genre thrills. Cooper's character is a mercenary with a political conscience, named O'Hara (possibly a reference to Butterfield 8 author John O'Hara, who makes a cameo as a crooked reporter here). O'Hara is charged with delivering a bundle of money, scraped together by Chinese peasants under the thumb of the megalomaniacal General Yang (Akim Tamiroff, covered in then-groundbreaking yellowface prosthetics). The money is to buy guns, to fuel an insurgency. 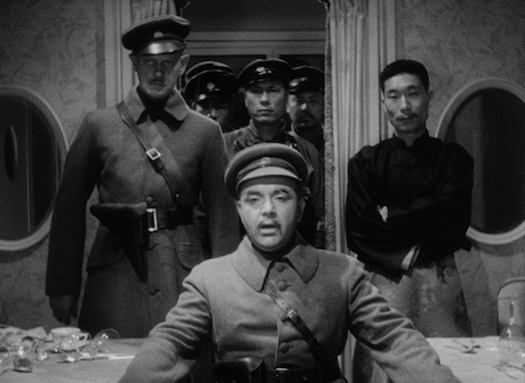 Rather than follow the explicit advice he's been given -- to take a plane to Shanghai, to meet up with the arms dealer -- O'Hara decides to take a nice long train trip with a pretty lady, Judy Perrie (Carroll). Unfortunately for O'Hara, Judy's terminally ill dad Peter (Porter Hall) has been hired by Yang's men to set him up and take the money for the general. After all, he needs guns too. Judy agrees to help with the set-up, only because her father promises this is one of those "last jobs" we hear so much about in movies. Peter swears he just needs enough money to go home to Nyack, New York, and die in peace.

The set-up goes as planned, but then little else does. The middle of the film mostly plays out in a Shanghai hotel, run by Mr. Wu (Dudley Digges, also with heavy eye make-up). Wu and his assistant Chen (Lee Tung Foo) are organizing for the rebels, and are impatiently awaiting O'Hara and the money. Meanwhile, papa Peter waffles about giving the money over to the drunk and belligerent arms dealer, Mr. Brighton (I Love Lucy's William Frawley, who is delightfully over-the-top). This allows room for a conman named Leach (J.M.Kerrigan) to worm his way into the situation and try to siphon off some loot for himself. Meanwhile, out on the sea, O'Hara is held captive on General Yang's ship.

The film's pile-up of cat-and-mouse maneuvering climaxes with a high-stakes gamble, in which O'Hara makes a last-minute plea to the General's vanity to secure the loot at last and save his friends' skin. As envisioned by Odets, it's not only a nailbiter of an ending, it's a peculiar and bleak commentary on the ugly souls of dictators and demagogues.

Although its political commentary could be more elegantly integrated, The General Died at Dawn is nonetheless stylish and thrilling. The cast is uniformly arresting, whether the actor in question is buried under make-up or not (Akim Tamiroff certainly deserved the Oscar nomination he received for this film). The direction and (also-nominated) cinematography are both top-shelf. 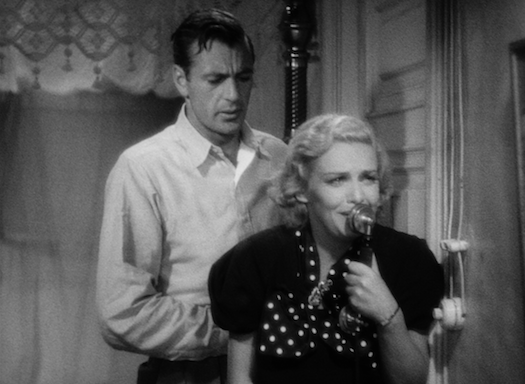 The Video:
Kino touts that this disc's AVC-encoded 1080p 1.37:1 presentation is sourced from a new 4K restoration. It certainly looks it. Despite some dirt and scratches, the richness of Victor Milner's often-high-contrast cinematography really comes through. Sharp and eye-catching, with excellent fine detail and shadow detail.

The Audio:
The audio transfer on the DTS-HD MA 2.0 mono mix is similarly excellent. No distracting noise or damage. I noted that during one scene in the drizzling rain, you could distinctly make out the water sounds under the perfectly clear dialogue. An English subtitles option is provided.

- Gambin takes the lion's share of this commentary, with Alda edited in with less scene-specific observations. The information is interesting, even if the delivery is a little stiff.

Final Thoughts:
While writer Clifford Odets's poetry and politics sometimes overwhelm his storytelling, The General Died at Dawn still holds up as a thrillingly stylish adventure drama. The new transfer of the film is outstanding. This release comes Highly Recommended. 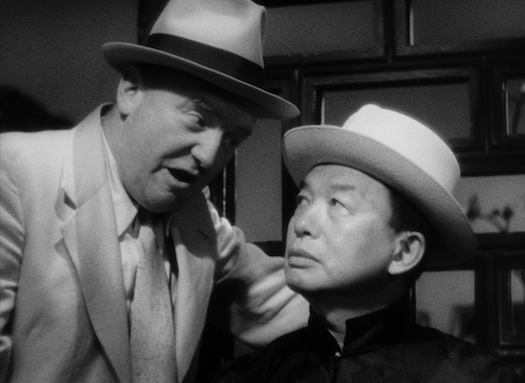