Never Give a Sucker an Even Break 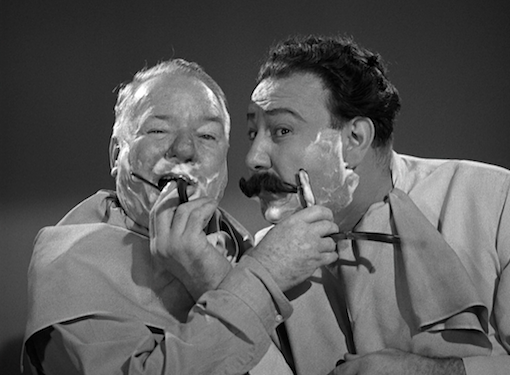 Never Give a Sucker an Even Break (1941) was the final starring vehicle for muttering misanthrope W.C. Fields. The film's loose framework pits our hero against a moronic movie studio exec. (All too fittingly, Universal was confused by the film and failed to support it with a big release before cutting Fields loose.)

Now when I say "loose framework," I mean loose. The film is basically a vaudeville-style variety show, full of sketches highlighting Fields's crotchety patter and his deceptively nimble physical comedy. There are also musical numbers to show off the pipes of 15-year-old coloratura soprano Gloria Jean, whom the studio wanted to turn into the next Deanna Durbin.

The story, as it were, involves Fields (referred to in the credits as "The Great Man") showing up at Esoteric Pictures (instead of "Universal," get it?) to pitch his next project. Franklin Pangborn, expert at playing snooty fools, is the beleaguered studio man who has to read through the surrealistic live-action cartoon that Fields has brought him. But not so fast. The first chunk of the film consists of vignettes on the backlot, with Gloria Jean filming a screen test to be in her "Uncle Bill"'s next film while Fields copes with a formidable diner waitress (Jody Gilbert) and a disappointing breakfast. Kiddie comedy duo Butch and Buddy also pop up around the studio lot to give everyone a hard time.

Then comes the centerpiece: The Great Man's script. Fields and his niece, Gloria Jean, fly in an airplane whose inside looks suspiciously like a train, with sleeper berths and an open-air deck. Fields falls out of the plane and lands in a mountain Shangri-la inhabited by sheltered cutie patootie Susan Miller and her protective mother, played by frequent Marx brothers foil Margaret Dumont. Fields learns from nearby villagers that Dumont is loaded, so naturally he decides to woo her. Meanwhile, ol' Tomato Nose encounters a guard dog with fangs, a house-broken gorilla, and a fermented goat milk with a higher proof than paint thinner.

Later, after his movie pitch session, Fields wrestles with an uncooperative ice cream soda (after breaking the fourth wall to say the censors wouldn't let him appear in a saloon for the scene) and frantically drives a woman to a maternity hospital. That ending car chase has almost as many gags crammed into it as the whole preceding picture; it's an undeniable treat.

This review might read a little dry, but I'm finding it hard to properly translate the wholly unusual quality of this hilariously goofy flick without just providing a laundry list of the funny and strange stuff contained therein. So, do me a favor, and just see it. Okay? Thank you. 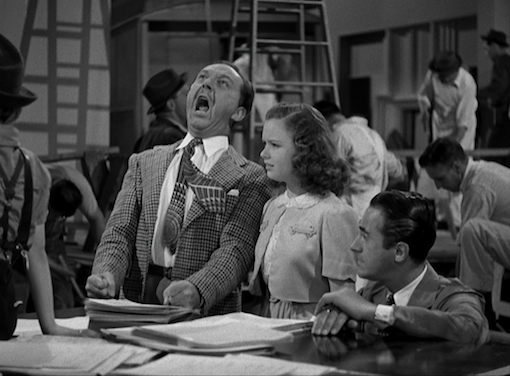 The Video:
Presumably since the film is only 71 minutes long, this AVC-encoded 1080p 1.33:1 presentation comes with an extremely generous bitrate. The clarity is quite good as a result. It's a solid transfer, with good contrast and no major film damage, although there are plenty of specks and scratches that pop up throughout. In motion, it's not annoying, but there has not been significant digital clean-up.

The Audio:
The DTS-HD MA 2.0 mono audio sounds appropriate for the era and doesn't suffer from distortion or significant surface noise. An English subtitles track is also offered.

- An entertaining and informative look at the making of this film and the careers of the folks involved. 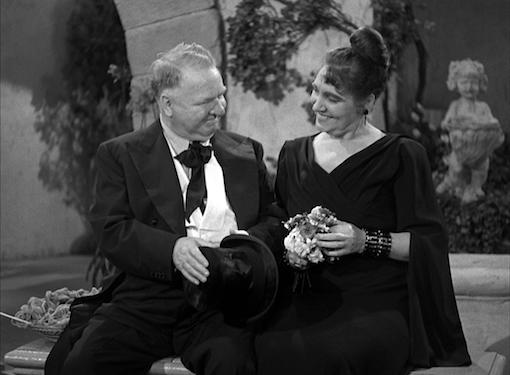