King of the Mountain

From 1981, this is a typical "carsploitation" movie of the era selling itself on its racing scenes but actually focusing more on a sub-plot involving the music industry. The main character is Steve (Harry Hamlin), who works in an auto repair shop with a colorful group of characters including Rick (Grizzly Adams himself, Dan Haggerty) and Cal (Dennis Hopper, who was reportedly not sober during filming), a former racing legend who is now just burnt-out smoking and drinking while watching the races from the sidelines. The main racing "scene" is the twisted roads along Mulholland Drive in Los Angeles, which I've casually driven along a bit myself. Practical drivers go slow along there, but these guys go as fast as possible narrowly avoiding crashes and falling off the side of the road- the title "King of the Mountain" is given to whoever can do this the fastest and longest and Steve aspires for that title. He brags that he can drive the route blindfolded, knowing exactly where all the turns are and how to navigate through them. 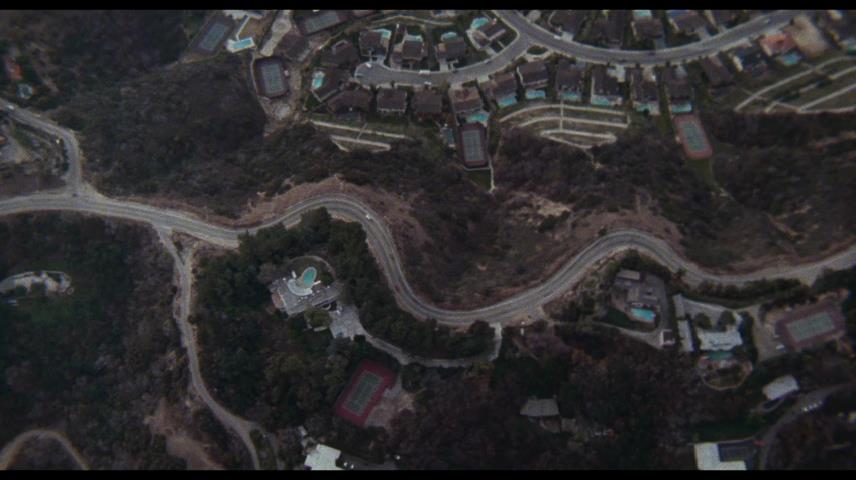 Steve's roommates were into this for a while also but they've lately been spending more time on their band, which ends up taking up much of this movie's running time. Buddy (Joseph Bottoms) is a keyboard player and songwriter who is trying to hit it big, Roger (Richard Cox) mostly handles the business end of things. Their singer is Tina (Deborah Van Valkenburgh) who is the object of everyone's affection but goes right for Steve. The running time is padded with the group in the studio recording songs, including a pretty decent one "Dangerous Stranger". This sub-plot continues as a sleazy record producer tries to buy the rights to Buddy's songs without letting him be the one to play them, being that this was a time when record sales were a big business.

The production values here are a notch above similar drive-in fare, but the story and dialogue are pretty much a mess. Not surprisingly, the extras included on this disc validate this as the script hadn't even been finished when shooting started. Apparently we're supposed to feel main character Steve's existential crisis through all of this, but I just couldn't buy into it. This movie is probably better enjoyed ignoring all of that and just focusing on the nighttime racing scenes and the capturing of the era on film. 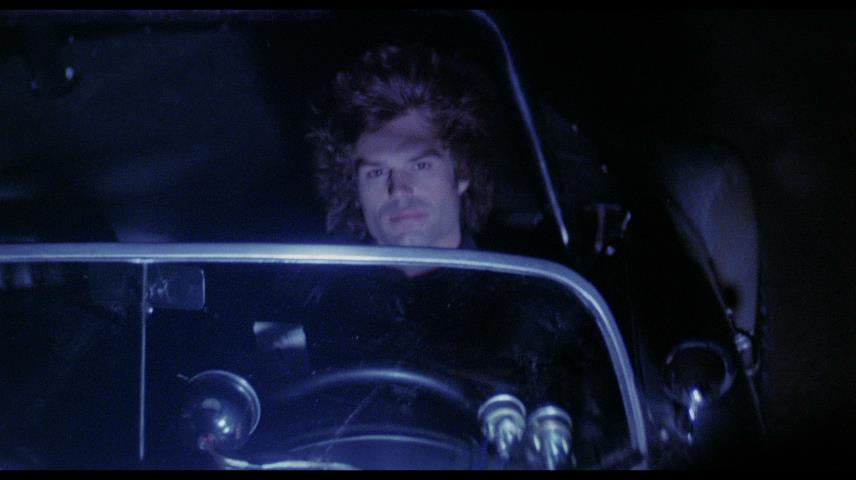 The "brand new 2K restoration" is nice, from a very clean source- this movie hasn't been available in a long time, apparently only having a very brief VHS release in the early 80s and not seen much since. Unfortunately Scorpion Releasing once again gives the movie too low a bitrate on a single-layer disc, resulting in compression artifacts- most noticeably dancing squares in the darkness of the many nighttime scenes. Even recent encodes on streaming are getting better at that, so this simply shouldn't be happening on discs.

The audio is in mono and passable enough, given the amount of music in this movie a Dolby Stereo mix would have helped but likely few theaters that played it back then were equipped for it. Hearing-impaired subtitles are included which helps to decipher the inane dialogue. 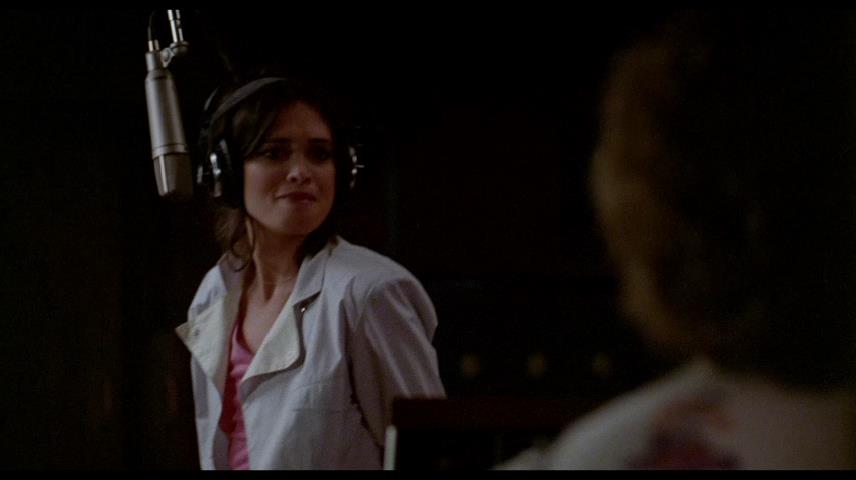 Two new interviews about 10 minutes each shot for this disc are included- the first is with star Harry Hamlin who talks about getting the part without even having to audition; he looked enough like the stunt double in scenes that had already been shot prior to casting. The other is with director Noel Nosseck, appearing to be done online from his home, where he discusses how disorganized the script was and how out of it Dennis Hopper was during shooting. A menu option labeled "Trailers" give us the movie's theatrical trailer along with a TV spot taken from a YouTube upload, then hi-def trailers for The Greek Tycoon and The Dogs of War, followed by a very bad-quality trailer for Trick Baby which also appears to be taken from a YouTube upload, transferred from an analog tape with Something Weird Video's annoying "SWV" watermark visible (I avoided that company's releases because of their tendency to do that- they claimed it "protected" their transfers but it obviously didn't help here.) Annoyingly there are no individual menu options to select any of these items, but they are still encoded as individual "titles" on the disc making it an even longer process to chapter-skip to any specific one you might want to see. 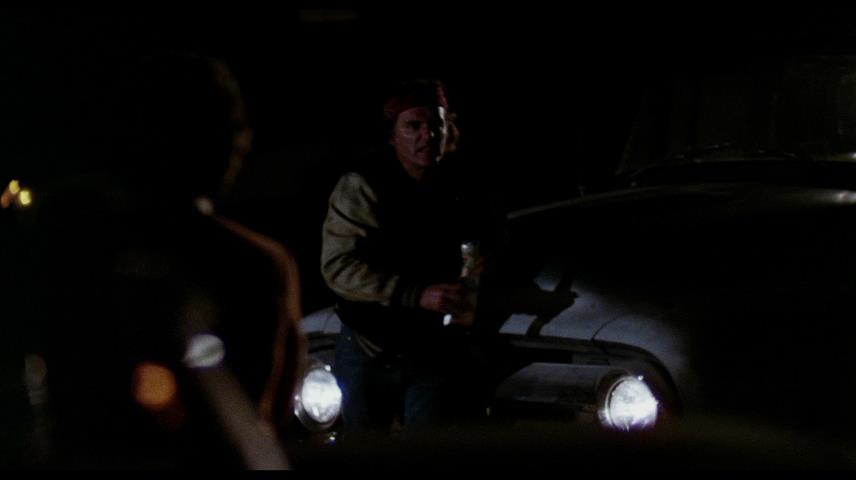 As much as I enjoy these types of movies, I just found King of the Mountain rather forgettable overall- your mileage may vary as this movie does have its fans but the compression on this disc may be a let-down to them. In any case, best to leave your brain at the door going into this.