This German import, titled Der Vorname in its native language (literal translation being the first or given name) is one of those comedies where an innocent dinner party gets out of hand from a conversation. Somewhat insecure professor Stephan (Christoph Maria Herbst) who prides himself on being right all the time is married to Elisabeth (Caroline Peters). Elisabeth's underachieving brother Thomas (Florian David Fitz) and her longtime friend Rene (Justus von Dohnanyi) arrive at their house one evening for dinner, and Thomas announces that his girlfriend Anna (Janina Uhse) and he are expecting a son to be born soon. Everyone wants to know what they plan to name him, so he first makes them guess a few hundred potential names before revealing that they've decided to name him Adolf. Yes, as in Adolf Hitler. I don't know the history of that name myself but it seems ever since that particular person's existence it's fallen quite out of favor (I remember Danny DeVito's dog in Ruthless People being named Adolf, but that's about it.) 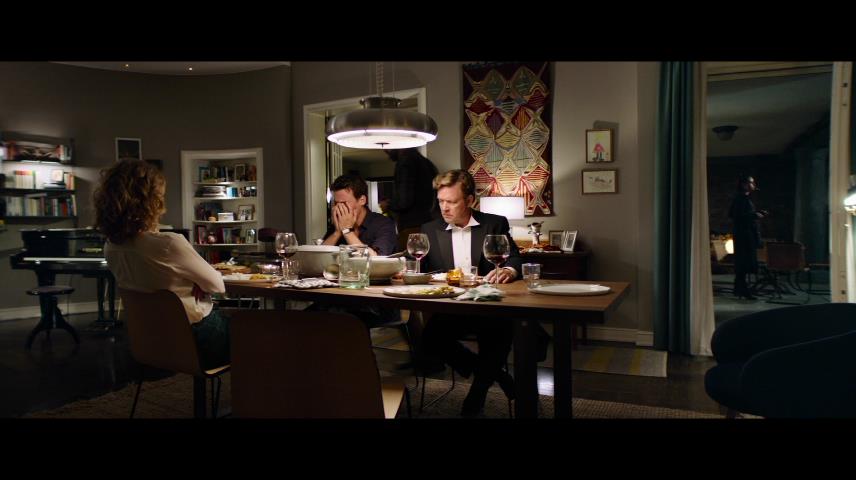 This announcement turns the gathering quite unpleasant. There is a lot of back and forth arguing- mainly that the kid will be hated and ridiculed for his name all his life, but Thomas convincingly brings up the point that he's giving him this name to end the negativity all around it- his son will become a great individual and the name Adolf will become honorable as a result, not too bad a point. He also lists several other people who did good things for society while having the same first names as famous dictators and murderers, why should the name Adolf be the only one to stop being used because of just one awful person having that name? Without giving away a few surprises the movie has in store, this isn't the only subject that spoils the dinner; as other conflicts are triggered.

Naturally this movie is based on a stage play and plays out quite like one, with just a few characters in one room for most of the running time. The atmosphere is quiet for the most part, and especially at home one thinks the proceedings might have come off funnier with the audience laughing along with it, or possibly remaining silent not finding any of it funny. The general concept of whether names should be retired after anyone with a name does something famously terrible is interesting- the characters here are mostly unlikeable themselves though, particularly mother-to-be Anna who smokes while pregnant. Thomas jokes that she's the first woman to start smoking after becoming pregnant- while these characters are likely not meant to be taken seriously, whatever humor was intended there just didn't work. 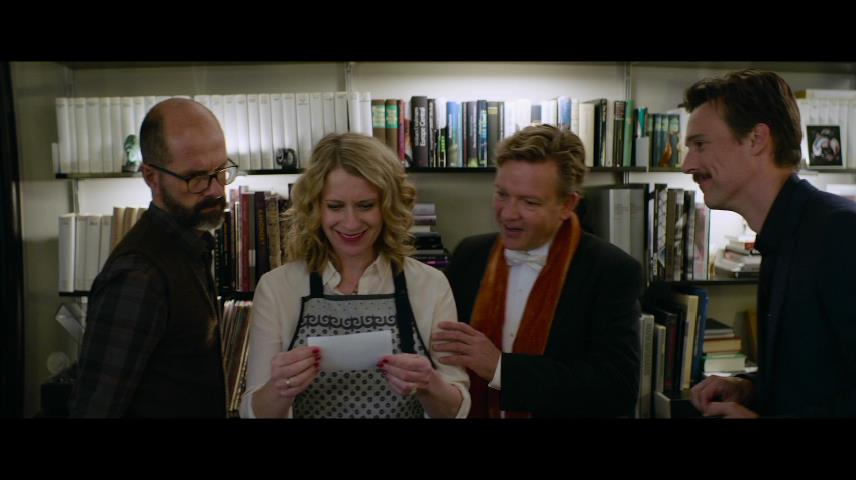 Picture is in an aspect ratio of 2.35, perhaps a bit overkill for such an intimately-set film but the framing works with characters spread across the wider frame. There is a slight effect that at least mimics anamorphic photography if it wasn't actually shot that way, with the bottom of the frame being slightly out of focus at time. Most scenes are lit on the dim side and compression artifacts are not an issue.

The main audio is in 5.1 DTS Master Audio, again possibly overkill for what is mainly a "dialogue picture". Voices stay front and center with occasional classical music being played from the living room heard in the left and right channels. There is also a 2-channel mix which isn't much different. All dialogue is spoken in German, and optional English subtitles are included which appear to be British English rather than American. You can turn these off if you already understand German, but if you don't then not much is going to make sense without them. 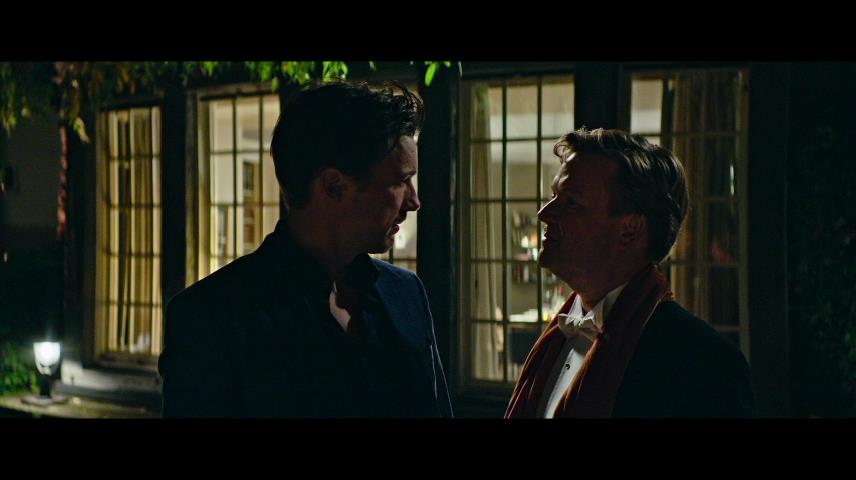 The only movie-related extra is an American subtitled trailer for How About Adolf? with additional trailers for Crescendo, The Keeper, The Last Supper, Promise at Dawn, Those Who Remained and The Tobacconist. I do have to say that the playing of the Steve Harley song "Make Me Smile (Come Up and See Me)" over the main menu before the movie starts spoils its impact after it's suddenly played at the end of the movie after the final punchline.

How About Adolf? isn't quite for everyone especially in English-speaking America but if the general concept amuses you you'll enjoy it.