1951's Bedtime for Bonzo became a pop-culture reference 30 years later when its star Ronald Reagan became President of the United States. Reagan had a somewhat brief acting career before becoming president of the Screen Actors Guild and then pursing real politics as the governor of California and ultimate President. This lightweight, silly comedy was brought out as an embarrassing part of his past, sometimes calling him "Bonzo" as an insult. I remember it being shown a few times on independent TV stations shortly after Reagan took office, MCA also released it on tape that year but I never managed to see it until this Blu-Ray was put out. 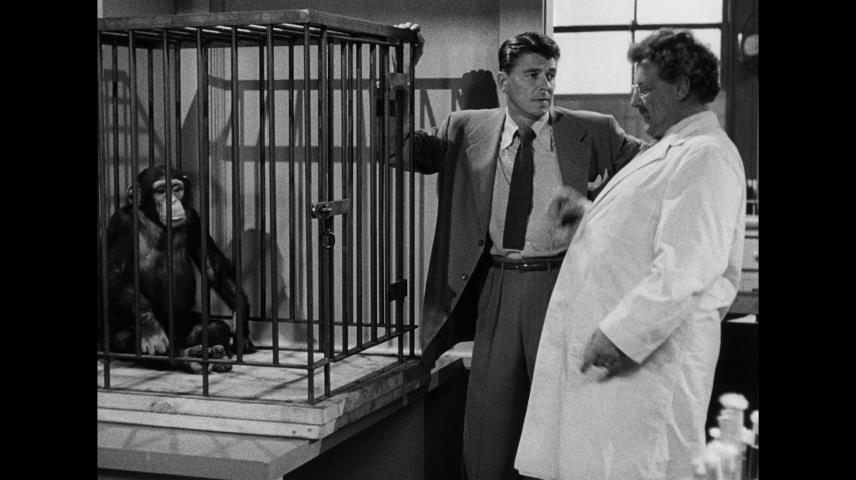 The premise is entertaining enough, with Reagan becoming a surrogate father to a "monkey" (actually a chimpanzee, while he's always called a monkey here I know that real scientists are annoyed by that). The setup for all of this is that his character Professor Peter Boyd is studying Bonzo the monkey at his college. He's also hoping to marry the dean's daughter Valerie (Lucille Barkley). Word gets out to the dean (Herbert Heyes) that Professor Boyd's recently-deceased dad was a career criminal who served many years in prison. This has him not only questioning Peter's suitability for his position but also that of marrying his daughter. He brings up the practical scenario that any kids they had together could also turn out to be criminals as a result of genetics. He wants Peter to stop seeing his daughter and resign his position at the end of the semester. Peter has an idea though- use Bonzo as a case study of the old "nature vs. nurture" theory, that people turn out good or bad on how they're raised, not by how they're pre-wired. Bonzo has been spending time in a cage on campus and isn't too well-behaved, but Peter takes him home and treats him like a human child.

Bonzo causes a bit of comic mishaps though which cause Peter to hire a nanny named Jane (Diana Lynn) to help out. She arrives thinking she's going to help take care of a human child, Peter then explains that she wouldn't have taken the job if he'd told her otherwise. She settles into a "mother" role though. Bonzo still gets into a bit of trouble in order to provide laughs to the audience- setting off a vacuum cleaner to blow dust everywhere, then climbing out a window and hiding in a tree for example. All of this may seem beneath someone in the role of US President, but Reagan seems to be having fun with the role here despite seeming to hope for doing a better movie afterwards. At 83 minutes the movie doesn't wear out its welcome- not high art in the least but certainly harmless entertainment. 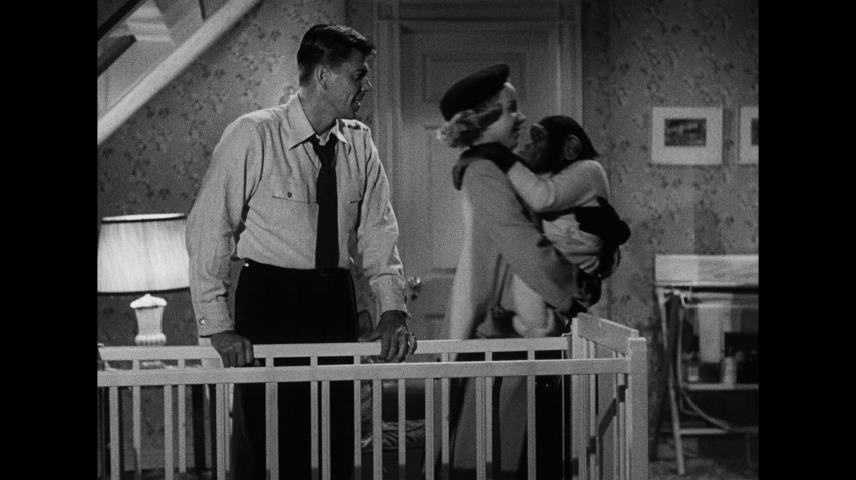 I haven't seen any of Bonzo's previous video incarnations but this Blu-Ray is hard to beat. The transfer in 4x3 black and white is quite sharp and pristine, showing no signs of wear other than a few very slight scratches in a few places that you'd have to be looking for to see. The audio is nothing special but is adequate- in mono of course, encoded in 2-channel DTS Master Audio which stays properly centered. The fidelity isn't great but sounds about as good as it possibly can. Hearing-impaired subtitles are included. 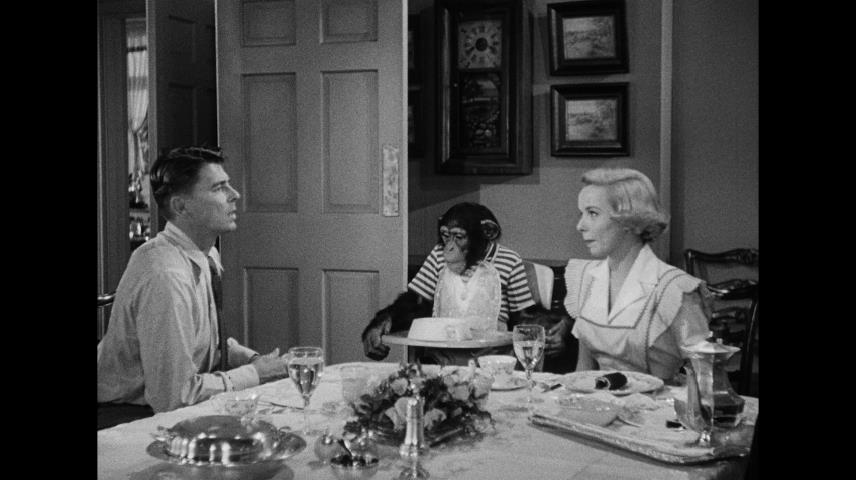 Kino brings in Eddy Von Mueller, who has taught film courses and written about film, for a commentary track. He begins by saying that Bedtime for Bonzo is well-known but not many people have actually seen the film in recent years. As with most Kino commentaries he doesn't focus a lot on the movie itself but rather talks about Reagan's film and early political careers, those of the other cast and crew and a bit of history of MCA. The movie's trailer is included along with those for My Favorite Blonde, Francis Goes to the Races, No Time for Love and Murder, He Says. 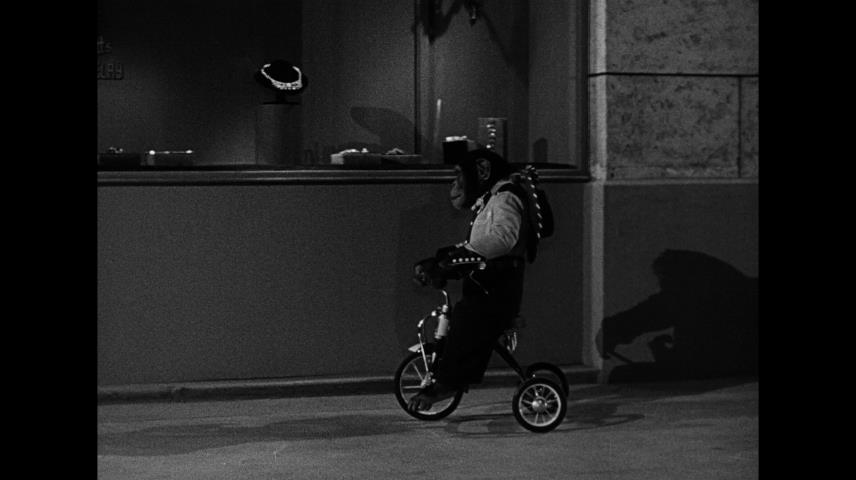 Bedtime for Bonzo may have been a much more obscure film by now had it not starred a future US President. Regardless, it's a fun watch and good to have a quality presentation here.