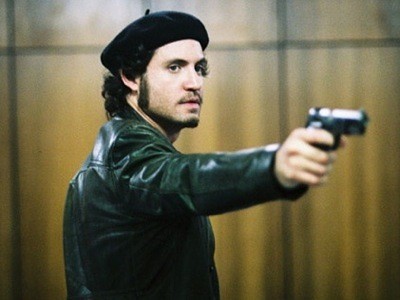 The man who would be codenamed Carlos, and nicknamed "The Jackal," was a Venezuelan-born son of Communists who, at the age of 21, joined the Popular Front for the Liberation of Palestine and became one of their most brutal enforcers. The new biographical film Carlos by French director Olivier Assayas explores his life from his joining the PFLP in the early 1970s through his arrest by the French government in 1994. With a five-hour-plus running time, it is a filmmaking marathon. Its origin was on French TV, but it is coming to North America as a multi-part special event screening at various theaters and also available on demand to cable TV subscribers. (It's playing nightly in Portland, OR, at the NW Film Center this weekend, November 19-21; check your local listings for other engagements.)

Édgar Ramírez, previously seen as a CIA agent in The Bourne Identity and a revolutionary in Steven Soderbergh's Che, stars as Ilich Ramírez Sánchez, the ambitious young idealist who took the name Carlos as his wartime handle, fighting for the liberation of Palestine and the destruction of capitalist imperialism. As portrayed here, Carlos is impatient for action, ready to make a name for himself and strike a blow in the name of the almighty cause. He distinguishes himself as a dangerous man after an impulsive shooting of several French police officers. His fame as an international menace is then solidified when he leads a raid on an OPEC meeting in Austria, taking diplomats from around the world hostage. The mission doesn't go entirely as planned, and this has good and bad consequences. The head of the PFLP disowns him, but this frees Carlos to form his own group and start giving the orders himself.

Assayas, whose films are as diverse as the quiet family drama Summer Hours and the clumsy actioner Boarding Gate, co-wrote the script for Carlos with television writer Dan Franck. Each segment of Carlos begins with a disclaimer that the film has taken a fictional approach to the story, as much of what Carlos the Jackal really did is not entirely known. Certain connections have to be made for the sake of narrative structure. In terms of storytelling, the movie has a dry, historical approach, putting it in league with Che and The Baader Meinhof Complex, as well as, to a degree, the two Mesrine films. This kind of docudrama seems to be an emerging genre, adopting a dispassionate approach that is almost apolitical in its just-the-facts approach. We are given very little background information on Carlos, and his mission is more of an abstract concept, there is no statement of intent. As the movie wears on, this seems to be part of Assayas' point: as he is unmoored from his idealistic safety zone, Carlos' activities seem to be less and less about the "struggle," and more about just maintaining his underground lifestyle. Alliances shift, and there really is no endgame. Whoever is on top is on top, and tomorrow it will be someone else. 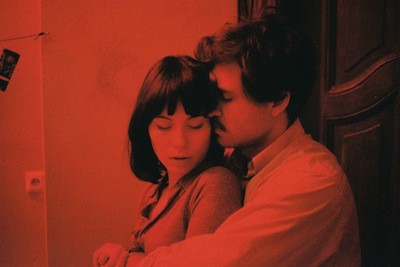 This technique works for most of the movie. Assayas adopts the look and rhythm of the best 1970s American films, which is fitting given the period nature of the piece. The convoluted structure of the story is also akin to tangled espionage dramas that emerged as a result of the Cold War, with secret agents so deep in the field, they tend to forget what mission put them out there in the first place. Édgar Ramírez is good as Carlos, though he is missing a certain charisma that might make the terrorist more of a romantic figure, the way Benicio Del Toro gave a little extra something to Che Guevara just by virtue of his being Benicio Del Toro. Ramírez lacks the same commanding presence. Still, he brings a compelling complexity to the character. Carlos believed he had a death sentence hanging over his head, and he used it as an excuse to drink and chase skirts. You also have to admire the actor's commitment. He lets his appearance go to match his subject's weight gain over the years. This all may be a canny move by Assayas. Carlos is essentially a gangster picture, the story of a murderer who lives the life and damns the consequences, but at the same time, subverts the genre by never letting the Jackal be the seductive dog others might choose to portray.

Other characters go in and out of the story, including European operatives and various Arab allies. We see different plots carried out by Carlos and his men, most of which fail in some way or another. We also see him flounder at relationships, including a marriage to one of his own "soldiers" (Nora von Waldstätten). There is always a question of whether Carlos takes his threat level more serious than the rest of the world, if he exaggerates how much of a wanted man he really is; but then, his eventual takedown somewhat vindicates him.

Carlos is really only cast adrift when Carlos himself is. The final hour or so of the film, following the toppling of the Berlin Wall and the end of the Cold War, starts to drag. Frankly, it's because Carlos is not that interesting by this point. He has settled into the kind of bourgeois domestic lifestyle he otherwise decried. He even starts driving a Mercedes. Carlos drifts aimlessly from one country to the next, going to whomever will offer him political asylum. If in the first part of the film he is a decisive man of action, and in the second a delusional hothead, by the third he is not much at all. He teaches classes in guerilla theory in the Sudan, and postpones surgery for a swollen testicle to get liposuction on his love handles. In retrospect, he should probably be thankful to the French secret service for taking the time to come after him, because he's got nothing going on. In terms of the film's arc, Assayas should have sent them in 20 or 30 minutes sooner. It's almost like a backwards horror movie: instead of the boring bits lulling us into a place where we can be scared, Assayas shocks us first, and thus makes the boredom that follows all the more uncomfortable.

Even with that complaint, Carlos still stands as a brash triumph. One has to wonder if this kind of long-form filmmaking, if Che and Mesrine and Carlos, is cinema's reaction to the continued growth of cable television and all the can't-miss series from the past several years. Audiences are becoming more and more prepared to invest several hours in one storyline, and if they are willing to wait from week to week or devour them in one massive go on DVD, then maybe they'd be willing to sit in a theatre for six hours, too. It's an experience akin to spending an afternoon engrossed in a novel. You get so much more out of taking in so much at once. Carlos is certainly more engrossing and more informative than a generic, compact Hollywood biopic. It pays back on the investment you put into it. 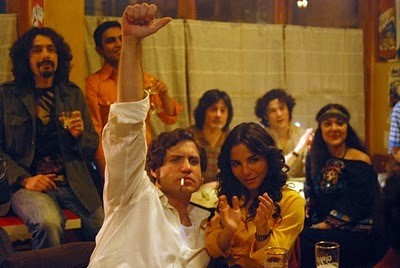