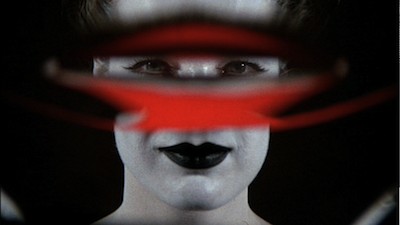 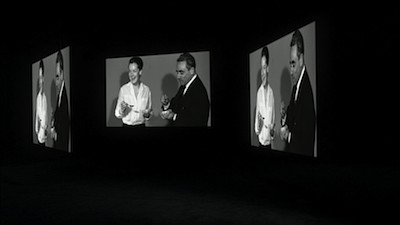 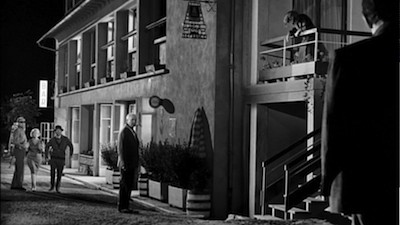 Video:
For their first Blu-Ray, Flicker Alley couldn't have put a better foot forward. Henri-Georges Clouzot's Inferno is gobsmackingly gorgeous in its widescreen 1.85:1 anamorphic transfer. The authoring gives Clouzot's lost footage everything it deserves. The colors are remarkable, full of wonderful flickers and subtle pastel nuances. The black-and-white is also balanced extremely well, giving the lights and darks their full due, including deep, solid blacks. Resolution is sharp throughout. The movie is rendered with such precision, it's hard to believe this is material that was left in some back room for decades on end. Honestly, this may be my new disc to show off to people in order to convince them to buy a Blu-Ray player. Cinephiles can now fetishize Romy Schneider with the same obsessive clarity as Henri-Georges Clouzot always wanted...perhaps even better than he could have even hoped.

Sound:
The Dolby 5.1 mix also sounds amazing, with lots of effects throughout the speakers, amping up the experimental techniques that Clouzot was hoping to achieve. The interviewees and the narration are given priority as necessary, so everything that needs to be heard can be. Henri-Georges Clouzot's Inferno is an out-of-body, out-of-this-world experience, and the soundscape absolutely creates this illusion.

English subtitles are embedded in the image. They are white and a little small, but that's a minor complaint.

Extras:
Henri-Georges Clouzot's Inferno is released in a BD case close to regular size, but slightly thicker to have an extra space for the bonus DVD included in the package. The entire film is included on a second standard-definition disc, alongside the Blu-Ray. The case also has a paper insert with images from the film, a statement from director Serge Blomberg, and the DVD credits. Blomberg also provides a 9-minute introduction, which is also on the regular DVD.

The hour-long film They Saw Inferno is an interesting thing: a behind-the-scenes documentary about a behind-the-scenes documentary. It actually kind of works, as They Saw has a more conventional approach than the more experimental main feature, using extra interview footage and more clips from Clouzot's failed production to create a more nuts-and-bolts account of the shoot, with each interviewee focusing more directly on his or her personal experiences on the set.

Finally, we get a lovely image gallery full of stills from the movie and location shots, including many of Romy Schneider standing with the color inversion testing board.

FINAL THOUGHTS:
DVD Talk Collector Series. Henri-Georges Clouzot's Inferno details a lost cinematic bounty, and as it turns out, is a treasure unto itself. The revered French director of the title had his most personal project derail; the early '60s production was afflicted with misfortune, accidents, and maybe a little of the madness he tried to depict. This documentary digs through the remnants of L'enfer and manages to make a new and fascinating artistic statement out of it. The Blu-Ray is gorgeous, and the extra hour of bonus material makes a perfect complement to the main program. If you love movies, you have to have Henri-Georges Clouzot's Inferno in your collection. 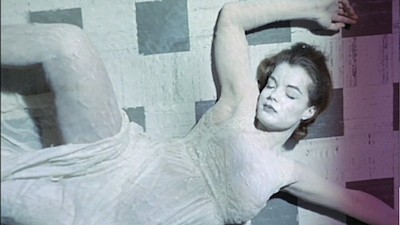