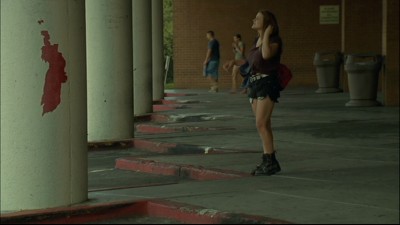 A quietly breathtaking film the likes of which all too few are being made now, Matt Porterfield's Putty Hill enters narrative territory that has been covered many times before and makes it feel incredibly fresh. It deals with the lives of some precariously drifting, ambivalent, and/or angry young people and their families living more or less on the socioeconomic margins, but this is no Kids; the film confronts some grim realities and is ultimately elegiac in tone, but it is so sensitively, contemplatively, and outright beautifully made that it's much less alarming than affecting. If it is a wake-up call of any kind, it's one meant not to alert us to some crisis of youth gone wild, but to remind us that the dignity, value, and emotional and physical realities of those we might only think of as "troubled" or "at-risk," even dangerous, are equal to our own or anyone else's. 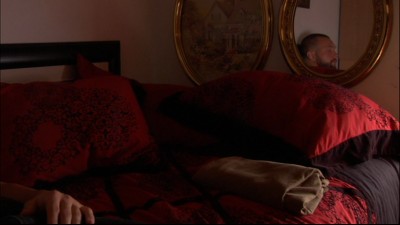 The decisive event of the film's story--a young man called Cory, living in a fairly down-and-out section of Baltimore, dies of a drug overdose--is something of a pretext for the gathering together of the testimony of his family and friends, which segues straight into a revealing, compassionate, and clear-eyed look into their lives. We begin with an introduction to Cory's younger brother, James (James Siebold), who takes a moment after he's been shot out of a paintball fight with a group of his brother's friends to speak to the camera (with Porterfield's own voice posing the "interview" questions) to inform us that they've all gotten together because Cory has died, and that his funeral is to take place the next day. We meet Cory's and James's mother as James arrives home, then cut to Cory's uncle, an ex-con tattoo artist, whose estranged daughter (and Cory's cousin), Jenny (Sky Ferreira), has returned to Baltimore from California for the sad event. The film evolves and progresses in this seemingly free-associative manner to include a wider and wider circle of Cory's family, friends, acquaintances, even a potential enemy (a "friend" we suspect may have been his dealer). But simply free-associative it is not; that these human connections can have a powerful effect and conduct real, sometimes devastating emotion may be the most salient point or "moral" of this supremely non-moralistic film. At one point near the end, when Cory's sister, Zoe, and her friend visit the now-abandoned, darkened house where Cory died, there is a brief, haunting cut-in to a close-up of an empty spider web, which could serve as a metaphor (entirely unemphasized--the film is much too confidently languorous for overt symbolism) for what is, perhaps, its real subject: the fragile but far-reaching interconnectedness of our lives with those of the people around us in whatever community we may find ourselves a part of, a "web" in which one's absence would leave a painful void. 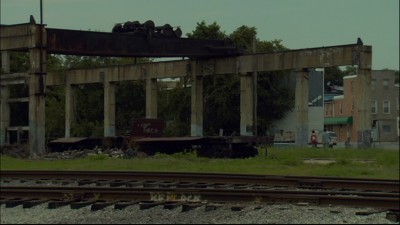 That may incongruously recall the very, very differently made point of It's A Wonderful Life, but Porterfield's intuitive restraint avoids all homily; his style and approach, in both conception and execution, is a wonder. The device that most risks awkwardness--the use of spontaneous "interviews" with characters who are sometimes aware of the camera and interviewer, most often not--actually serves several important purposes (naturalization through context of the mostly nonprofessional cast; reinforcement of the film's humble, open-minded, respectfully inquisitive POV) and is integrated so well, it seems ingenious despite its simplicity. The director's sense of space, light, composition, mise-en-scène, and pacing is extraordinary, impeccable; he truly creates a world in the process of turning his camera on his actors/characters and their spaces. 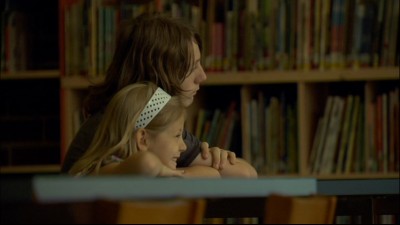 There are numerous dissimilarities between Putty Hill, Kelly Reichardt's Wendy and Lucy, and the great Portuguese director Pedro Costa's Colossal Youth, but they all--with their minutely attentive, penetrating sensibilities and relentlessly alert, pared-down resistance to anything but what is essential to really letting us see what they have to show us--reveal their creators to be spiritual successors to Robert Bresson (Au Hasard Balthazar, L'Argent). With Putty Hill, Porterfield exhilaratingly continues, with immense skill and to a remarkable degree of achievement, the Bressonian project of forgoing any attempt to emulate "reality," instead using the medium to get at a kind of Truth that is the unique provenance of the cinema when its capacity for poetry is recognized in just the way Porterfield shows himself so eminently capable of. Putty Hill is a revelation, and I cannot wait to see what he turns his exquisite eye to in his next film. 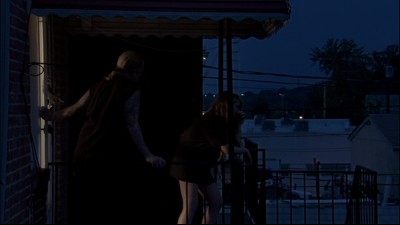 
DP Jeremy Saulnier's extremely conscientious use of high-def digital video transitions perfectly onto DVD with this 1.78:1 aspect ratio, anamorphic transfer. There is a tremendous array of light, shadow, dark/nighttime scenes, and shocking-for-video vividness of color--all bold, sharp, and stable. There is precisely one brief instant when a momentarily fully darkened screen mottles and pixellates noticeably, but otherwise, the transfer is excellent.


The Dolby Digital 2.0 soundtrack does full justice to Ben Goldberg's sound design, which is a work of art unto itself. All natural and background sounds, as well as the dialogue, are mixed in fine layers and well-balanced all around, with no noticeable flaws.


Cinema Guild has loaded up their two-disc special-edition release of Putty Hill with bounteous supplements: 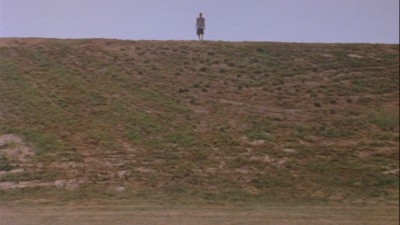 --Disc 1 extras include feature audio commentary with director Matt Porterfield, cinematographer Jeremy Saulnier, editor Marc Vives, and producer Steve Holmgren, in which what misleadingly sounds, vocal mannerism-wise, to be a gang of just-hangin' slacker dudes reveals its commitment to a skin-of-their-teeth shooting process, with lots of war stories--audio complications, the challenge of lighting video, the processes of integrating the mostly nonprofessional cast's realities with those of their fictional characters--spicing up the proceedings. The love for his people already evidenced by the film itself is expressed explicitly by Porterfield throughout as he tells, in his down-to-earth, deceptively colloquial speaking style (which encompasses "formalistic," "narrative line," and "dope locations" and references to Penelope Spheeris's Decline of Western Civilization: The Metal Years), his casting and shooting stories. This disc also contains a 30-minute behind-the-scenes making-of, which attempts to document the film's shooting by impressionistically mimicking its evocative visual style, making for some beautiful images but not really giving us much insight into what shooting the film was like. Nine deleted scenes are interesting and worth a look; they stand up to the quality of the finished film and were likely omitted as redundant or otherwise lacking a place in the final cut's structure. A seven-minute screen test for Metal Gods, an unrealized project by Porterfield, acts as a sort of audition tape for two of Putty Hill's principals, James Siebor and Sky Ferreira, as well as the unintentional but serendipitous demo reel/seed from which the feature evolved. Finally, the first disc has the film's theatrical trailer, along with a handful of previews for other great (I can vouch for them) Cinema Guild titles like Marwencol and The Strange Case of Angelica.

--The big deal on the second disc is an entire additional feature, Porterfield's 2005 film, Hamilton, which centers around the relationship between a teenage mother and the father of her child but, like Putty Hill, reaches a much larger breadth by casually, freely expanding outward to encompass the uncertain, taciturn young couple's family, friends, and particular lower-middle-class Baltimore neighborhood. Porterfield's relaxed observance and gentle yet precise visual sensibility, so gracefully and powerfully matured in Putty Hill, are already well on their way here, and the film (shot, unlike Putty Hill, on actual film) is, gratifyingly, an experience more cinematic (visual, aural) than narrative. Disc 2 also includes deleted scenes from Hamilton and a brief Q&A between Porterfield and New Yorker critic Richard Brody (who also contributes an essay appreciation of Hamilton that sits alongside one by Salon.com critic Andrew O'Hehir for Putty Hill in the discs' liner notes). 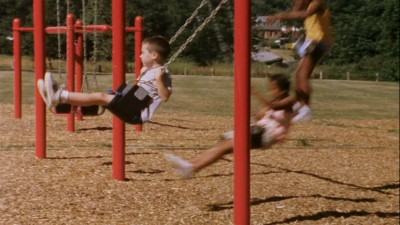 
Matt Porterfield, Putty Hill's director, has a sublime, assured vision and promises to be a major cinematic voice. He proves himself fully capable of depicting human beings who are too often marginalized (both in our society and the culture that it produces) by finding the beauty that's there in their part of the world without ever glibly aestheticizing their troubled, economically stifled lives; and by asking us to feel for them without indulging in a single moment of condescending pity or sentimentality. Porterfield loves and respects life too much to look at it through rose-colored glasses, but his measured, finely-tuned camera eye sees so much hope and joy, so many possibilities for benevolent human connection mixed in with the pain, disappointment, and injustice, that Putty Hill, unlike so many so-called "feel-good" movies, actually makes you feel good in a meaningful way, without the use of escapist anesthesia. Highly Recommended. 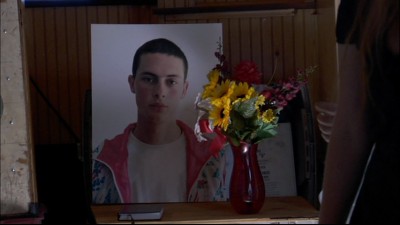