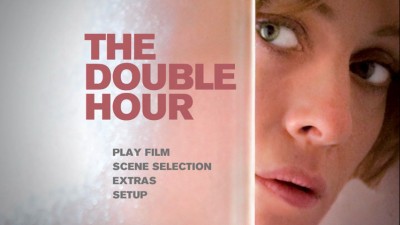 A "double hour" occurs when the hour is the same as the minutes on the clock. So, for instance, the first time it appears in the movie of the same name, when it's 23:23 (I guess Italians are on the 24-hour system). If you happen to look at your watch as this occurs, you get to make a wish, like you would if you caught sight of a falling star. Or so Guido tells Sonia after they meet at a speed dating event. "Does it work?" she asks. His answer is an emphatic "No."

First-time director Giuseppe Capotondi and a trio of screenwriters have crafted their own Double Hour, a crime story full of dualities, second chances, and wishful fantasies. Guido (Filippo Timi, The American) is an ex-cop who uses quick hook-ups as a way to forget his dead wife. When he meets Sonia (Ksenia Rappoport), an immigrant working as a hotel chambermaid, he's taken aback by how quickly he falls for her. He meant to have a one-night stand, but it's him that calls her for a second date. They hit it off, and he takes her to his new job. He is a security guard for a rich man's private estate. Too bad he picks the wrong day to shut down the alarm to spend an afternoon in the forest with his sweetheart. An organized gang of thieves have been waiting for just such an opportunity. 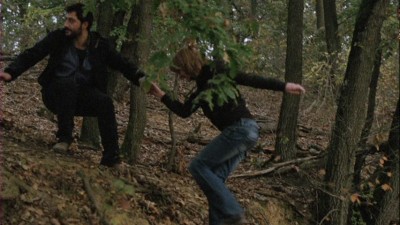 The aftermath of the heist is a suspenseful and occasionally trippy spin on what would otherwise be standard crime movie territory. Just how did the bad guys know what day to clean out the mansion? Was Sonia in on it? If so, why was she nearly killed? These and many other questions get batted around as the mystery unfolds. The discoveries aren't funneled through your average police procedural, however, but the post-traumatic stress and grief of its two main characters. There are switch-ups and fake-outs, and in ways that I can't really describe without ruining the unexpected true nature of the story. It's like a hardboiled version of Bunuel: expect two of everything. Amusingly, the last double hour is 20:20. As in "hindsight is..."

Though The Double Hour is a little mad, Capotondi and cinematographer Tat Radcliffe (Showtime's Secret Diary of a Call Girl) shoot the film as a shell-shocked daze rather than a pulpy fever. There are elements of ghost stories, old-school noir, and also a little gothic romance. Special praise should be given to editor Guido Notari and the sound department, as well. Both areas are extremely important to adding tension to the guessing game. A well-timed flash of memory, a song being faded in and then slowly tuned out--these are essential to the consistent sense of doubt Capotondi is striving for. The film is ingeniously structured in how it gives us the clues to solve its own mystery, dismantles them, and then allows them to reemerge one by one. The writers avoid any final expository scenes by sneakily getting it all out of the way up front. This also means no cheap final twists. Rather, The Double Hour eases into a conclusion, with most of the final scenes soundtracked by disconnected, ambient audio, effectively conveying a mood of disquiet rather than going for the expected punch in the gut.

It's interesting to see Filippo Timi in a more understated role after his forceful performance as Mussolini in Marco Bellocchio's Vincere. Guido has a pronounced stoicism, and the actor hints at a profound sadness at its base. Ksenia Rappoport is also quite good portraying Sonia's more liquid personality. Much of The Double Hour's bait-and-switch relies on what we choose to believe about this character, and the actress makes each possibility seem equally valid.

The Double Hour is the kind of movie you want to see with a friend so you can toss your impressions around afterwards. Though, maybe don't make a date out it. Not unless you're sure you can reaalllly trust the other person. Beware of suspicious glances as you make for the exit! 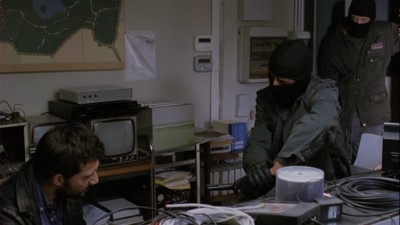 Video:
The Double Hour is shown in widescreen at its original aspect ratio. The image is nicely rendered with a soft surface grain that maintains the cinematic look of the photography. Colors are realistic, and there is good detail. The resolution is decent, with no signs of ghosting, blocking, etc. Sunny scenes look particularly lovely; the natural lighting is allowed to pop. Darker scenes have really good black levels, as well. There is an excellent contrast evident, for example, when Sonia is at the nightclub and there are both dark patches and neon lights occupying the same frame.

Sound:
Two options are offered for the Italian soundtrack: 5.1 Surround and 2.0 Stereo. There is a little extra kick in the 5.1, with the atmospheric music in particular taking over the full range of speakers, which increases the feeling of tension, as if you are being engulfed. In terms of ambient effects, there are some subtle uses of the different channels that help create an immersive audio experience. When Guido takes Sonia out to the woods, the distant birds, for instance, occupy the rear speakers, creating a spatial illusion for the viewer.

English subtitles are automatic and can't be turned off. They are off-white and appear centered in the lower portion of the screen. They are easy to read, though occasionally fast.

Extras:
The disc includes an extensive 22-minute "Behind the Scenes" documentary detailing how the production came together and the filmmakers' intentions. Cast and crew are interviewed, and while following a standard route for this kind of thing, the length allows for some actual insight on the movie.

There is also a trio of short deleted scenes. There is nothing too in-depth (the longest excision, an emotional moment between Sonia and Guido's father, is still under two minutes), it's mostly just connective stuff and filler that proved unnecessary.

FINAL THOUGHTS:
I first saw Giuseppe Capotondi's The Double Hour at a festival over a year ago, and I have been eagerly awaiting its DVD release ever since. It's a movie that deserves to be seen, talked about, debated, and passed on. This bendy Italian thriller is full of pulpy surprises. The script is smart, and the actors are excellent. Highly Recommended. 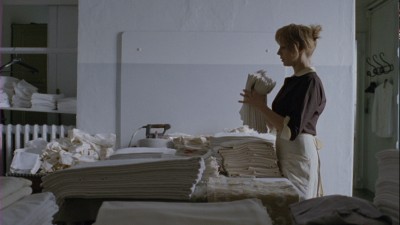