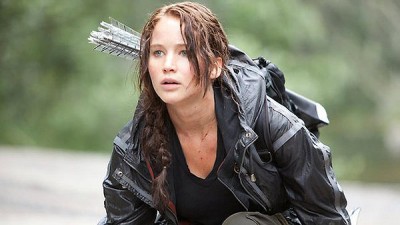 Suzanne Collins' The Hunger Games trilogy is both the latest young adult hot property to capture the imaginations of grown-ups in equal proportion to its audience of youngsters (I waited in line for a midnight release of the third book) and the most recent to jump from page to screen. Since production details and casting news began being leaked last year, tongues were wagging across the internet. Never have I witnessed such grousing so quickly. They could have cloned Katniss Everdeen using some special magical formula that made her grow out of the ink of the very first printed copy of the original novel and some people still wouldn't have been happy.

Well, to the complainers, let me tell you, the movie is here, it's awesome, so shut the hell up. (Respectfully, of course.)

The plot of the The Hunger Games is set in an undetermined future in a nation called Panem. This sprawling country is divided into twelve districts, each with their own specific agricultural or industrial forte. The higher your district number, the lower your status. The divide between the haves and the have-nots is wide, with the country's wealth being centered in its opulent Capitol. In generations past, when the working districts tried to revolt against the powers that be, they were beaten back. As reminder of their failure, Panem holds an annual ritual where two teenagers from each district, a boy and a girl, are chosen at random and sent into an arena to fight for their lives in a televised blood bath. It's like Shirley Jackson's "The Lottery" by way of Battle Royale. 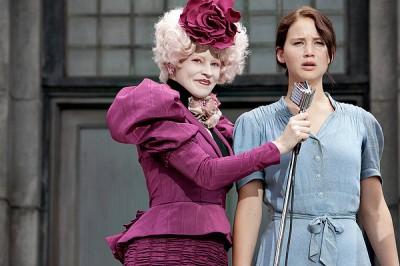 Our focus is on a girl from District 12. Katniss Everdeen (Jennifer Lawrence, Winter's Bone) has been taking care of her family since her father died in an accident in the coal mines, digging up fuel to light the Capitol's fancy chandeliers. Katniss hunts for food and sells it on the black market. She is a crack shot with a bow and arrow. She isn't chosen for the Games, her younger sister (Willow Shields) is the unlucky winner. Katniss volunteers to fight in her stead. Going with her is the baker's son, Peeta Mellark (Josh Hutcherson, The Kids are All Right), whom no one believes has a snowball's chance in the arena. Everyone's money is on Katniss. Even his.

The Hunger Games takes us from the muddy, impoverished outlands to the magnificent Capitol City, with its skyscrapers and colorful people. The immense gap between lifestyles is emphasized by how unrealistic and grandiose things are in the upper classes. They sport ridiculous outfits and dye their hair blue. Stylistically, director Gary Ross (Pleasantville) blends harsh realism with the gaudy imagination of 1970s science-fiction cinema. Katniss trades her plain blue dress for tacky gold lamé. The shift is disconcerting, but in a good way. Ross swiftly illustrates how quickly these kids' lives are changing. One day they are dining on squirrel, the next they are wearing outfits that literally blaze with decorative fire. Even the music works the surrealistic Logan's Run-elements of this futuristic landscape. Composer James Newton Howard (The Dark Knight) and music supervisor T-Bone Burnett (O Brother, Where Art Thou?) sneak in synthesized music cues that play up how cold and disconnected Capitol life is. Everything these rich folks do, from their social mores to their entertainment, is meant to obliterate their humanity.

In the Capitol, Katniss and Peeta are groomed for the deadly competition. They have a manners coach (Elizabeth Banks), a stylist (Lenny Kravitz), and a mentor from their own district, a previous winner of the Hunger Games. His name is Haymitch and he is played by Woody Harrelson, who peers out from under a bad wig with the eyes of a true cynic: one who sees the bleak truth but who still cares in spite of it. There is a lot of foundation building here, a lot of preparing audiences to immerse themselves in this fully realized world, to give the Hunger Games context and make them more than just empty, blood-soaked calories. Collins has created a modern allegory, complete with political commentary and a satirical take on current pop culture; the screenplay she co-wrote with Ross and Billy Ray (Shattered Glass) preserves all of that. 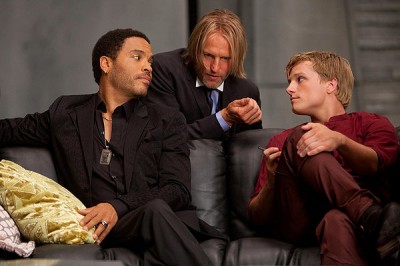 It also preserves the visceral thrill of the action story that forms the bulk of the narrative. Twenty-four children are sent into the gladiatorial ring, and only one is going to come back out. The violent clashes are explosive and fierce, shot in a clipped, shaky style that lets us see the combat but in the same visceral rush that Katniss experiences. The attacks are brutal and swift, and the consequences are real, even if some of the invented scenarios are not. Contestants--or "Tributes," as they are called--are as likely to die from a mutant wasp as getting stabbed by one of the other players. Though folks who have read the novels will have a bit of an edge on those who didn't (i.e. details like the defiant gesture of the common people are given a bizarre lack of attention), the audience is kept up to speed and informed of the game rules via snippets of the television broadcast, hosted by a hilarious Stanley Tucci, playing Caesar Flickerman with a grotesque prosthetic grin.

I realize that much of this review is just me heaping details on the reader, but it's because The Hunger Games is a complicated movie that is difficult to explain in simple terms without making it sound like so much less than it is. It would be easy to resort to cheap kids-killing-kids jokes, but that's so far from what Collins has done with her stories, it would be akin to writing about Woodstock as if it were "American Idol." The journey of Katniss Everdeen both fits that standard YA model of a search for identity and also affirms the need for family and community. The Hunger Games is about standing up to oppression, and for all its violent tropes, it's an anti-war story at its heart. I am sure plenty of people watched Battle Royale and thought, "Put me in that game, I'd kick some ass." No one thinks that at the end of The Hunger Games.

Ross sews the threads for the future movies delicately, setting up the power balance and establishing President Snow (Donald Sutherland) as a threat just enough so we can get hints of where the series will go beyond the initial Games but not so much that we're left feeling like we're only getting a part of the story. Katniss goes through a complete transformation, and while we are not privy to the inner monologue that makes her such a complex heroine in the prose, Jennifer Lawrence makes up for it by so embodying this character, we can't help but root for her. She is a badass fighter, but she's also vulnerable, and you'd have to be made of stone not to empathize with her pain. I choked up more than once during the film, including during "The Reaping," the ceremony to choose the contestants. I haven't cried in the first 10 minutes of a movie since Up. 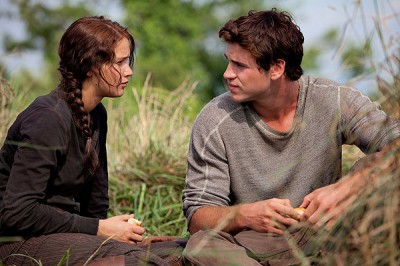 Yet, to single out Jennifer Lawrence--or, really, any one aspect of the movie as a whole--over anyone else is to do The Hunger Games yet another disservice. Isolating any single part would be reductionist, the movie works too well as a whole. Elizabeth Banks steals every scene, sure, and the effects and art direction are dazzling, but quiet performances by Kravitz and also Wes Bentley as gamemaker Seneca Crane have as much impact from doing less as Banks manages with her insane make-up and hair. Many fans of the books will, of course, be sad to see some of their favorite scenes or subplots removed (for instance, Thresh, played by Dayo Okeniyi, gets none of the backstory that's in the novel), but it's hard to argue that the filmmakers didn't make the right choices of what to leave in and what to cut out, especially when you see so many small details handled with such efficiency. Like how Fox Face comes to life with such vividness despite the fact that I don't recall actress Jacqueline Emerson ever uttering a single line.

I am enthusiastic about The Hunger Games, so it's easy to enthuse and it would be easy to keep doing so, but my deadline is approaching and I am sure you've read enough. The Hunger Games is the kind of whip-smart, big-budget movie that audiences and critics alike can agree on. Like the Harry Potter series, it's about more than special effects and high concepts. Good storytelling and characters worth caring about are just as important as CGI monsters and quick thrills. Whether you've read the books or you've never even heard of them, The Hunger Games is a must-see event. 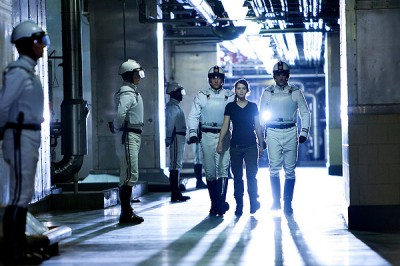