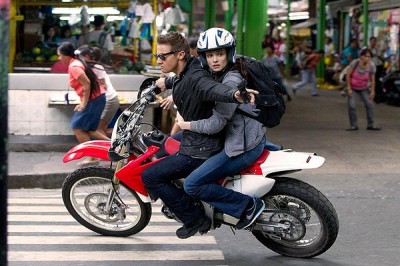 I enjoyed The Bourne Legacy. I have a feeling a lot of people aren't going to, but that's okay, I don't mind. I can break down how I liked it in pretty simple terms. For the first half of it, I was so confused by what was happening, I was completely caught up in waiting to see if all the many threads of the story would come together and make any sense. When they did, it kicked off the second half, which is mostly where the action is, including a climactic motorcycle chase that, while defying plenty of laws of physics, I'm sure, still kicks a whole lot of ass.

Both of my reasons for digging on the film will also be why others gripe about The Bourne Legacy. That first hour can be slow going, and if it doesn't hook you, there may be no finding your way out of it. That second hour is pretty fast-paced, but the level of the action has been cranked up a notch, possibly past what some viewers will find plausible. Jason Bourne did some incredible things in the original trilogy, but you could buy they were at least possible. His successor pulls some Captain America stunts here. Aaron Cross is a super soldier, all the way.

The Bourne Legacy isn't really a reboot, it's more of a parallel track to the Jason Bourne story. The film takes place somewhere after the tail end of The Bourne Ultimatum, and the plot is largely built on the idea that (a) Jason Bourne's going rogue has sent out a ripple effect across the intelligence community, and (b) he wasn't the only one of his kind. He was part of a program, and if one of the soldier's programming could go awry, then so could the others. The "villain" of The Bourne Legacy is Eric Byer (Edward Norton, Moonrise Kingdom), a high-ranking agent in a murky intelligence agency in charge of experimental wetwork. Byer charges the mission to shut down the super spy initiative, which basically means killing all the remaining subjects. 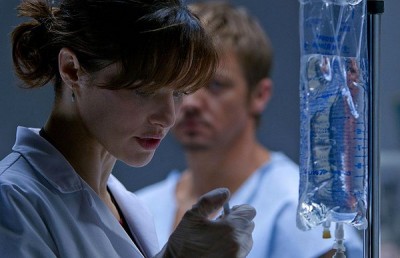 Jeremy Renner (The Hurt Locker, The Avengers) plays Aaron Cross, an enhanced operative who already has a reputation for asking too many questions. When Byer's team fails to assassinate him, Cross goes on the run. Needing some more of the juice that made him what he is, Cross ends up going after one of the scientists who he thinks can hook him up. Dr. Marta Sheering (Rachel Weisz, The Fountain) gave Cross his regular physical exams. She's also in hot water now because she knows too much. Lucky for her, when the feds come to punch her ticket, she has an ally waiting in the shadows.

And that's pretty much it. There's a lot more technobabble and mumbo jumbo that explains how Cross and Bourne were turned into such badass secret agents, as well as a lot of fingerpointing and equivocating about which dark ops agency screwed whom. The Bourne Legacy is co-written and directed by Tony Gilroy, who had a hand in all three of the screenplays for the Matt Damon pictures and also directed Michael Clayton. His intimate knowledge of the original trio of films is somewhat of a problem here, as he references a lot of the minor government players from the old movies, to the point you'll wish you had given yourself a refresher before heading out to the Cineplex. Gilroy is a good director with a skill set that is particularly suited to complicated sequences and juggling a lot of wordy exposition. He does fine work here, collaborating with his editor (and younger brother), John Gilroy, to keep the action sequences flowing smooth and making sure the audience is always able to see what is going down, even when they don't understand why or how. The Bourne Legacy was shot by Robert Elswit (There Will Be Blood, The Town), so you know it looks fantastic. Elswit has a real strength for balancing the gritty and the glitzy. 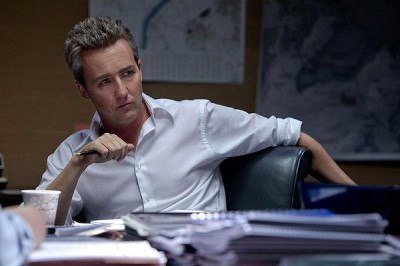 Jeremy Renner steps into Matt Damon's shoes nicely. He makes for an excellent action star. He has plenty of charisma and can command attention, and he has the physical build to make even the more outlandish stunts believable. I always love Rachel Weisz, and she is more of the emotional heavy here. For a lot of the movie she is just required to be harried and confused, but the actress does some particularly fine work the more grounded in the experience her character becomes. These two are your focus for the majority of the movie. Norton and his government cronies are mainly just empty, interchangeable stand-ins.

For a franchise that has picked up the kind of fanbase the Bourne movies have, there is bound to be some disappointment when the fourth movie takes the series off in a new direction. I totally get that. The Bourne Legacy is easily the weakest of all of them. It's muddled, a bit silly, ends abruptly, and is generally lacking the special oomph of its predecessors. Yet, if you forget all that and just go with it, it's not a bad couple of hours to spend in an air-conditioned theater. I don't love everything about The Bourne Legacy, and I seriously doubt I'll watch it again, but it was definitely good enough for one mad dash around the globe. 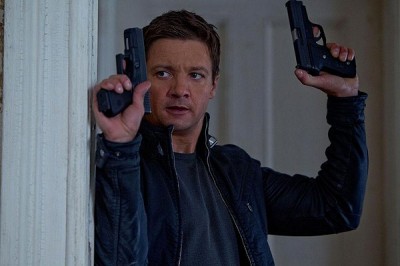