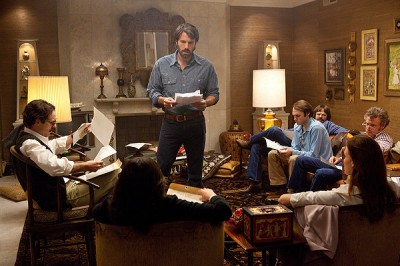 The true story of how six U.S. embassy workers were smuggled out of Iran in 1980, an operation separate from the larger hostage crisis that dominated the news, remained secret for nearly 20 years, coming to light only when President Clinton declassified the files in the late 1990s. The joint mission between the Canadian government and the CIA extracted the group after close to three months in exile, hiding out in the Canadian ambassador's home in Tehran. Their cover for leaving the country: they were a film crew scouting locations for a science-fiction movie.

As they say, you can't make this stuff up, and the story of how a fake movie was used to save half-a-dozen American lives is perfect for a real movie all its own. Argo is the name of the script the CIA used as their main prop, and it's also the name of Ben Affleck's third directorial effort, a gripping drama about a high-stakes game that pays off big.

Affleck pulls double-duty in the film. He stars as Tony Mendez, the celebrated agent who hatched this scheme--or as they describe it in the movie, "the best bad idea we've got." The story is a race against the clock: the Iranians didn't know that the six embassy workers had gotten away. It would only be a matter of time before somehow they did the math and realized that they were short on prisoners. Or, worse, someone would rat out the Canadian ambassador and spark an international incident. To make his story believable, Mendez goes to Hollywood before going overseas, working with Oscar-winning special effects genius John Chambers (here portrayed by John Goodman) and producer Lester Siegel (Alan Arkin) to fool the press into thinking that Argo was a genuine go picture. Chambers, it should be noted, did make-up on the original Star Trek series, the Planet of the Apes movies, and Blade Runner. 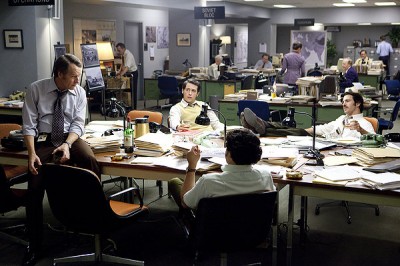 Argo is essentially split into two halves. The first half is setting up the operation and getting the go-ahead from President Carter's administration. Friday Night Lights' Kyle Chandler plays Secretary of State Hamilton Jordan, while Breaking Bad's Bryan Cranston is Mendez's supervisor, Jack O'Donnell--both part of a uniformly excellent ensemble cast. The hostages include notable character actors Clea Duvall, Tate Donovan, and Rory Cochran (who once upon a time played opposite Ben Affleck in Dazed and Confused). The second half of the movie is getting them out of Iran, an increasingly tense scenario that, despite having the greatest spoiler of all (i.e. history), manages to be an edge-of-the-seat finale. If there is any place where Affleck strains the credibility of the story, it's in that rush out of the airport. How close they escapees cut it in that last mad dash seems exaggerated. This is forgivable, however, because it makes for some damn good cinema.

Of all his features, which previously included Gone Baby Gone and The Town, Argo is Ben Affleck's most grounded and sober. The true-to-life setting isn't as flashy or stylized as his crime pictures, and yet it is easily the most technically proficient of anything the filmmaker has done. If you take a step back to admire the scope of what he has re-created for the cinema, Affleck's efforts are supremely impressive. In the opening scene alone, where the image frame jumps between full widescreen and a television news aspect ratio, with the director and editor William Goldenberg (The Insider) presumably cutting between actual news footage and their new staging of the same, the attention to detail becomes evident. Affleck and director of photography Rodrigo Prieto (Brokeback Mountain) reportedly experimented with film processing, shooting small and enlarging the image, to replicate the graininess of 1970s film stock. The storytelling in general is reminiscent of that fabled period of American cinema, when character often overshadowed plot, making way for films that were both challenging and deeply personal. Argo snuggles up nicely next to the efforts of guys like Alan J. Pakula and Sidney Lumet, yet it stands strong as its own thing, being more than just mere imitation. (Stay into the closing credits, too; there is a nice montage juxtaposing real photos from the operation with the movie's approximations of the same.)

In fact, there is a kind of a ironic subtext to Argo: the fake film is, in essence, the kind of post-Star Wars blockbuster that many historians argue ended the maverick era. (Another factor: directors like Martin Scorsese and Peter Bogdanovich running wild with their success, living their own blockbusters.) In a sense, Argo kind of gets a little back for the good guys, while also linking both adventurous cinema and big-time special effects films together. In its way, Argo is both, and should appeal to movie fans regardless of which side of the line they fall on. 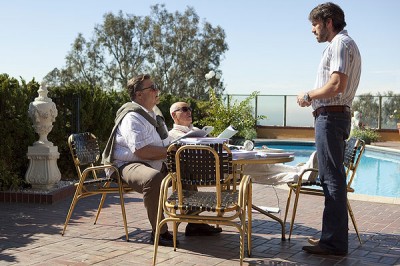