David Ayer has made a living for himself writing films that examine the law enforcement and crime families in Los Angeles, with those two families sometimes interwoven with one another. And to his credit those films have ranged in quality from the decent (Training Day) to the underrated (Harsh Times. With his newest film End of Watch, a film he wrote and directed, he may have his best effort yet, if the critical reception is any indication.

Brian Taylor (Jake Gyllenhaal, Love & Other Drugs) and Mike Zavala (Michael Pena, Eastbound & Down) are street cops, and as part of a 'project' that Brian is doing, he carries around a small video camera, and even has smaller cameras that clip onto his uniform and for Mike. Mike doesn't care about it all that much; the pair have known each other since their academy days and appear to have been on the beat for a couple of years before we meet them. We witness their lives just before they go out for duty and what they do off duty - Mike is married with a baby on the way, we witness the evolution of Brian's relationship with Janet (Anna Kendrick, 50/50) - but most importantly we see their on duty events. Using a mix of the cameras and others (such as lipstick cameras on weapons), we are thrown into the middle of their job, from the mundane to the adrenaline-filled. 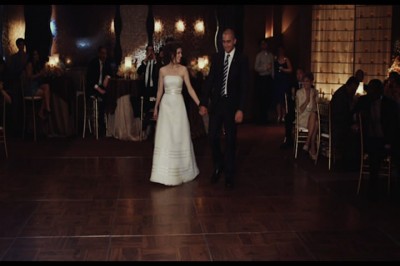 It is this new perspective that is a big reason why End of Watch is so compelling. Ayer helps set this perspective up by showing Brian and Mike in a high-speed chase with a criminal on the police dashboard camera, a chase that ultimately winds up resulting in the fugitives being shot. From there, we see Brian and Mike handle domestic disturbances and other various calls, and even as some of the calls ultimately wind up being somewhat anticlimactic, they present the viewer with numerous white-knuckled, sweaty-palmed moments. And during a third act firefight through the streets and into (and out of) an apartment, the suspense is palpable. There is a small downside to this tactic though, and it is the fact that everything that ever happens in Los Angeles ever seems to happen to Brian and Mike. They either have the best police sense in the world or are the luckiest guys on the force. You would think they would be the police chiefs of everything considering the high-profile incidents that they run into. For as good as the look inside Ayer's vision of this LAPD is, the downside of this tactic may be key to your enjoyment of the film.

Even with that upside/downside, the chemistry between Gyllenhaal and Pena is enjoyable to watch and their performances reflect this. There is a certain level of teasing that goes on between the two that made me instantly relate as one who was a former soldier. When they are on, they are looking for the next action. When they aren't, they joke around with and about one another, ranging from aspirations to their backgrounds and stereotypes, as they mock each other's heritage and families. They have spent enough time in the car to know what each other will laugh and at it shows. In the times when they are off duty some of those moments peek through, particularly when Mike has his first child, but during a speech Mike gives at a wedding, the sense of family that Mike conveys is clear: once you are in, you have the support of everyone around you until you breach it. And that speech is modestly powerful in its emotion. 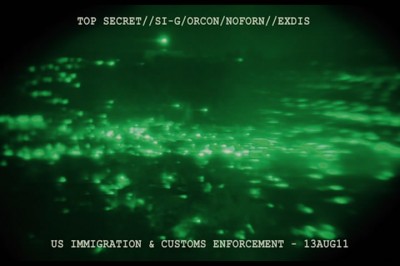 End of Watch does a great job in reminding ourselves of how flawed a presumed set of heroes are and the conflicts they have to tolerate to make their existence rewarding. That task it and of itself lends it to be more of a 'very good' movie than a 'great' one. That it has a tendency to say 'Look, how good 'End of Watch' is!' tends to ring a little hollow for me. It is a very good movie, but not a great one, and it is that lack of the latter which makes me wonder how (and when) Ayer is ever going to do it.


Universal trots out End of Watch to Blu-ray with an AVC-encoded 1.85:1 widescreen presentation that looks as solid as can be expected. Because of the nature and variety of the cameras being used, there is a lot of handheld footage and a lot of static movement going on, but with that there is not a lot of pixilation or image noise that distracts, and black levels in the image look fine and present a decent contrast when viewing. Not reference quality by any means, but certainly in line with filmmaker intent.


DTS-HD Master Audio 5.1 lossless surround, and the film uses every little bit of that sonic real estate. Subwoofer engagement is early and often, ambient noise gently pans laterally at times and from the back of the soundstage to the front (and vice versa) without distorting, chirps or other issues. Gunfire in the movie, which is ample, rings out cleanly, and in quieter moments, the dialogue and softer moments also sound clear and consistent. All in all the soundtrack is a pleasant balance of power and nuance.


The big extra is a commentary with Ayer that is not too shabby. He covers the ideas of the movie and how the camera influenced his shots in said, and has superb production recollection, along with his intent in the film overall. Trivia on the secondary and background extras is mentioned, along with some of the scenes in same. His philosophy on the shoot is covered, as he answered some of the doubts in the film (like when some dumbass mused about the dumbass that wondered how one duo could run into so many high profile opportunities). All in all it is a decent track. The disc also includes PocketBlu functionality and a standard definition copy of the film (where the images from the review come from), along with a redeemable code for a Digital Copy and/or streaming via UltraViolet as you see fit.


End of Watch is a very good movie, and I hope we could agree on that. And comfortably being "very good" should be enough within the landscape of the genre. From a performance perspective the leads deliver, and technically the disc provides from what it is called upon it (and then some), but it lacks the personality from those driving the action to really be called a 'keeper.' But it lives up to enough of those beats to it being called something that is Highly Recommended, which I think it is.