We and the I, The 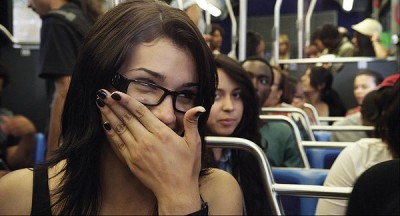 As both a music video director and a cineaste, Michel Gondry is best known for capturing the twee and the fantastical. In movies like Eternal Sunshine of the Spotless Mind and The Science of Sleep, he delved into childish fantasies and exhumed their darkest roots, creating things that were both beautiful and, at times, unnervingly myopic.

For his latest, The We and the I, Gondry experiments with an entirely different toolbox: reality. Working with a group of New York school kids, the French filmmaker developed a script that, for all intents and purposes, would allow the teenagers to be themselves and express something about the world they are growing up in. What they've come up with is something unique and modern, if maybe a bit disjointed. Like teenagers themselves, The We and the I kind of struggles to become what it knows it can be, to the point where you're often unsure whether to be frustrated or forgiving.

Faced with a chaotic bundle of energy, Gondry does his best to contain it. The stories in The We and the I take place over the course of a single, extended bus ride. It's the last day of school in the Bronx, and the high schoolers are on their way home and summer vacation. Crammed into one city bus is a whole smattering of adolescent types: the bullies and the creatives rub elbows with the gay kids and the girls who just want to gossip. There is one girl planning her sweet sixteen party, another who has re-emerged after weeks of being absent, wearing a blonde wig, and defying all explanation. One boy gets dumped by his girlfriend over text, another gets the nerve to ask one out to her face. The teens laugh and get along, and they fight and they harass, and some even open up and break down. All the while, the bus keeps moving forward, the crowd eventually dwindling, until only two are left--Michael, the conflicted jerk, and Teresa, the unstable artist--and the facades come down and they get real with each other.

That's the core of The We and the I: the public persona an individual presents in the crowd versus who they are when they aren't worried about whom they'll impress. There are several times in the film when one kid defends another by saying, "You don't know what s/he's like when no one else is around." The community on the bus is a microcosm of the community at large, complete with all the petty cruelties and disingenuous posturing. Miniature dramas play out as the miles add up. Friendships change, lovers disengage, and in some cases, the air is cleared. There are also breaks for humor, though the comedy often comes at someone else's expense, the way it generally does in high school. That we laugh and take part may be Michel Gondry's biggest accomplishment here. When The We and the I gets underway, your initial reaction is to not really like these kids. You aren't wrong, they are mean and off-putting. At the same time, don't be discouraged from watching further. Somehow The We and the I creeps up on you, and before you can think better of it, Gondry's got you invested in what's happening. Those jerky teenagers you sort of kind of hated before? You just may develop a surprising affection for them. 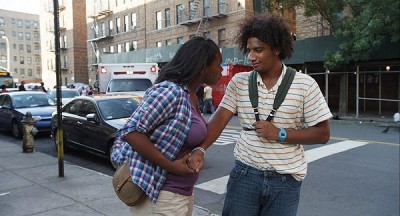 In a manner of speaking, The We and the I is a social experiment, and as is the nature of experiments, it doesn't all come off. Gondry can't resist trying to inject a little whimsy, and so he cuts away to lo-fi depictions of the fantasies the kids have. One tells an elaborate lie about a night out on the town when he supposedly met Donald Trump, and another expresses his superstitious fear of religion. These and the other fantasies are put together via Gondry's trademark practical animation, like versions of the "sweded" films in his 2008 feature, Be Kind Rewind. These are unnecessary indulgences that undermine the Neorealist truth of the material. The auteur needed to resist being so much himself. Especially since he's so good at letting his young performers be themselves. They aren't great actors, but these kids do own the screen, each emerging to share who they are in their own way.

With so many disparate threads, not all of them fully weave together. Some stories fade away, others ramble until they run out of time. Some of the darker issues of sexuality don't really get their due, either. One particular subplot, about a girl who blacked out and was molested after drinking too much at a party, is particularly obvious in how poorly handled it is given the recent news about a similar transgression amongst high school students in Ohio. It's a poor choice on Gondry's part to just let the matter drop, using it merely as a character motivator for the kids responsible to grow closer. Granted, it's nowhere near the level of similar backwards logic currently on display in Spring Breakers; unlike Harmony Korine, Michel Gondry never even gets close to making the behavior he's decrying seem anything but gross.

Maybe that's why the ending of The We and the I is a bit of a letdown. There's this feeling that Gondry was on to something more profound here, but instead of whittling away at the difficult bits to see what's under the surface, he just knocks them aside. His final scenario, the way Michael is dressed down by first one of the other boys and then Teresa, has some strong psychology, but at the same time, it also comes off as too easy. Like, of course this where it all ended up, this is the inevitable final destination, but the bus only got there by avoiding all the messier detours. 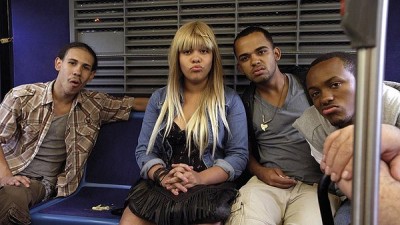