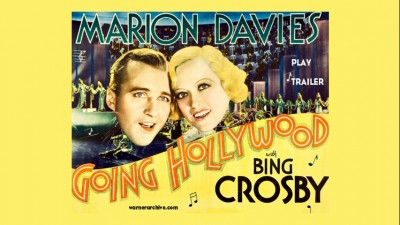 Going Hollywood is almost the perfect Hollywood movie musical cliché. The 1933 vehicle for Bing Crosby and Marion Davies is the ultimate in cinematic wish fulfillment. Davies stars as Sylvia, the French teacher at a girls school. Not content to be locked up in the walls of academia, where she is watched and judged by the uptight staff, Sylvia decides to stop dreaming that crooner Bill Williams (Crosby) is personally serenading her over the radio, she will instead go and find him and confess her love.

What follows is a cross-country train ride where the heavy drinking singer doesn't quite know what to make of his fan. Sylvia also earns the disdain of Bill's French co-star (Fifi D'Orsay), whom he happens to share more than the spotlight with. Unsurprisingly, Bill finds himself caught between his sweet admirer and the temperamental actress once Sylvia gets involved in the production of the picture they are shooting. Turmoil between the director, producer, and the leading lady will all dovetail to give the dreamer her big break.

Going Hollywood was directed by Raoul Walsh (Pursued, White Heat) from a script by Donald Ogden Stewart (Holiday). The story is somewhat secondary to the musical asides, most of which occur in Sylvia's mind, the majority written by the uncredited Singin' in the Rain team, Nacio Herb Brown and Arthur Freed. She fantasizes about her starring roles with Bill, including an impressive, extended number set on a farm, complete with dancing scarecrows. Davies is lovely and funny and she makes for a believably wholesome lead, playing nicely against Crosby's rakish turn as Bill. In his first scene, the deep-voiced songman casually meanders through a love song in his hotel room, his sound engineer (Sterling Holloway) following him around with a microphone while he shrugs off the last vestiges of his hangover. Crosby is naturally slick, playing the routine as if he hadn't a care in the world. 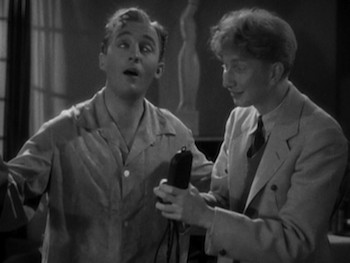 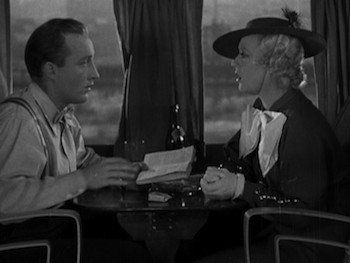 It's actually kind of funny how Going Hollywood stops everything for its melodic interludes. This is nowhere more noticeable than the third-act bridge where Walsh pauses for a long, but hysterical, skit featuring the movie-within-the-movie's technicians performing their own "impromptu" parody of a radio variety program, a gentle shot over the bow of the movie industry's greatest rival. This goof eventually sets up Sylvia to show off her pipes, making way for her big break and, if she can get him to clean up his act, Bill's redemption. (The love triangle between the two stars and supporting player Stuart Irwin, portraying the movie's naive producer, gets very little push, you'll never really be fooled into thinking it'll go any other way.) Walsh indulges in a little old-fashioned movie musical surrealism for his climax, as a binge drinking Bill sings of temptation and the barroom bends around him in accommodation of his thirst.

The glitzy black-and-white photography (shot by Meet Me in St. Louis d.p. George Folsey) and cleverly designed sets give Going Hollywood the added push it needs to be an early musical deserving of much praise. It's not as big and showy as some of MGM's better-known efforts, but is perhaps far more enjoyable for keeping the focus squarely on its two charming leads. 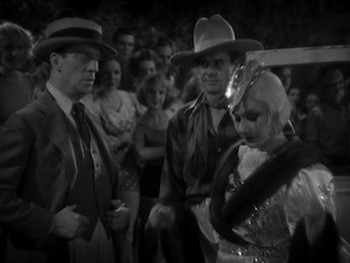 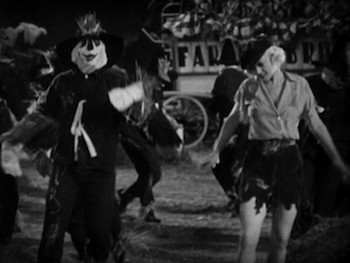 Video:
The Warner Archive has mastered the print for their manufacture-on-demand disc as a full-screen 1.37:1 black-and-white presentation. Picture quality is decent, with an underlying foundation of clarity, but the source material shows consistent vertical scratches throughout. This, thankfully, does not mar one's enjoyment, they are pretty easy to look past.

Sound:
The mono mix of the original audio is nicely handled, with no signs of dropouts or glitches. Voices sound natural, without any hiss or metallic tones, and the music is clear and warm.

FINAL THOUGHTS:
Highly Recommended. Going Hollywood is practically self-tribute, a celebration of the motion picture tradition of making small-town girls into stars and the self-mythologizing of movies inside movies. Released in 1933, it's maybe a little ahead of its time in that regard, but the simplicity of Raoul Walsh's production makes it a winning showcase for its talented cast, led by Bing Crosby and Marion Davies. Both are exceptional as the singing love interests, he a popular star and she an admiring up-and-comer. Elaborately dreamy musical numbers and the occasional pause for sidebar comedy make Going Hollywood a delight, one musical fans will want to revisit over and over. 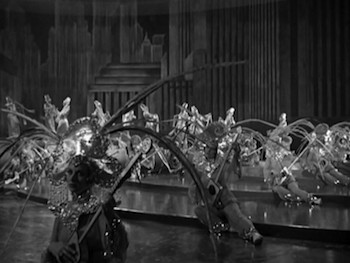 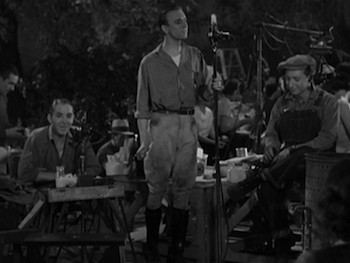