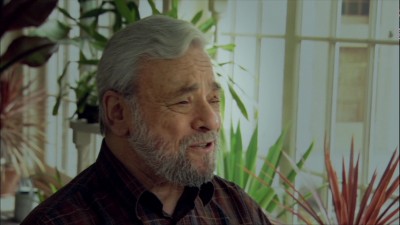 Few things frustrate me more than documentaries about artists that leave viewers without a clear understanding of what their art is really like. The price of admission of learning the life story of a painter, musician, or actor--to name a couple of possible options--should not be a foreknowledge of their creations. The purpose of a biography should be to get newbies excited about a subject they knew nothing about while also underscoring the enthusiasm of veterans.

If few things frustrate me more, then likewise fewer things excite to a greater degree than Six by Sondheim. Put together by the composer and lyricist's longtime collaborator James Lapine, Six by Sondheim's central conceit makes the music as important as the man. Interspersed with the story of Stephen Sondheim's life and career--told largely by the man himself through interviews and clips from various chat sessions shot over the last half century and more--are performances of six of Sondheim's most important songs, spanning from his first creative breakthrough (West Side Story's "Something's Coming") to one of his most enriching and complicated achievements ("Sunday" from Sunday in the Park with GeorgeMerrily We Roll Along and a droll runthrough of Follies' "I'm Still Here," directed by Todd Haynes (Mildred Pierce) and performed by Pulp frontman Jarvis Cocker.

There is also a little bit of clever editing in the segment representing Sondheim's biggest hit, "Send in the Clowns." Lapine cuts together a montage of the song from the many versions on YouTube, from Sinatra to Cher to an all-male choir. Better yet, though, is the D.A. Pennebaker documentary footage from the recording of the cast album for Company. Disney-dad Dean Jones belts out the number, backed by a chorus that includes Jessica Walter (Arrested Development) and the late Elaine Stritch.

In a very short space, Lapine showcases the wit and intelligence of his friend and colleague. Sondheim is a marvelous raconteur and an erudite advocate for the power of music and writing. The way he breaks down the songwriting process and his assessment of his own career trajectory is astonishing. It's not hard to figure out how he manages such incredible wordplay in his lyrics when you catch a bit of his everyday vocabulary. Many creative people can't dissect why or how they do what they do, whereas a few minutes of Sondheim is like a four-year college course in musicology. 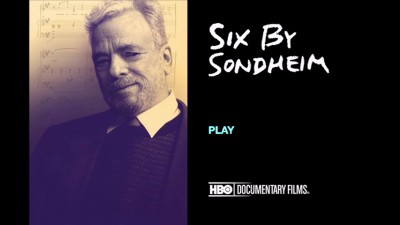 Video/Sound:
The image quality on HBO's Six by Sondheim DVD matches the crispness and warmth of the original broadcast. The image is widescreen, 16X9. The soundtrack is mixed in 5.1, and though there are not a lot of spots where the full range of speakers is needed, the music does have oomph and the talking-head commentary is clear.

FINAL THOUGHTS:
Highly Recommended. HBO's Six by Sondheim is an energetic and informative biography of the famed composer told through both his words and his art. For the fan and uninitiated alike. 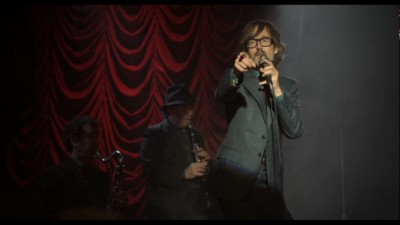