Saint: The Complete Series, The 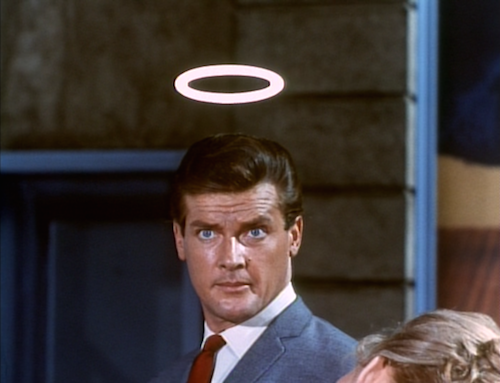 Roger Moore is best known to film fans as the longest-running cinematic incarnation of Ian Fleming's James Bond (he was in 7 Bond flicks, which is one more than Connery -- unless you count Never Say Never Again), but he had already spent several years bringing another adventurous literary creation to life. For six seasons, from 1962 to 1969, Moore appeared on TV as Simon Templar, aka The Saint, a character originated in Leslie Charteris's novels and continued in radio, comics, the movies, and, of course, TV. Timeless Media/Shout! Factory is finally offering a DVD box set of all 118 hour-long episodes of the show, including all 71 black-and-white episodes from the first four seasons for the first time in region 1.

Charteris originally conceived of Simon Templar as a gentleman thief on the side of good, unafraid to murder a foe in cold blood in the name of justice. The TV version is far less unsavory, in line with Moore's generally dapper demeanor. Though he is glimpsed breaking and entering now and again, this iteration of Simon Templar is more of a wealthy playboy who keeps stumbling into mysteries and adventures, like an unlikely combo of Bruce Wayne, James Bond, and Murder, She Wrote's Jessica Fletcher.

Looking at the ever-suave Moore, it makes sense for his character to be a man about town with a thousand girls at his beck and call. And of course, he's on a first-name basis with every bartender he meets. Like his Bond, Moore's Saint is perfectly coiffed, nattily dressed, and rarely ruffled. He'll mix it up with a rough assortment of bad guys, but he'll still come out of a scrap without a hair out of place.

Police have a love-hate relationship with Templar throughout the show, as his legend seems to have spread worldwide. Almost all episodes lead into the credits with someone, often a cop, referring to our main character as "the world-famous Simon Templar," at which point a super-imposed halo appears over his head. (In an amusing touch, Moore sometimes looks proud as the halo appears and sometimes looks bored or uncomfortable with the fame that the halo represents and glances at the imaginary object like it's his albatross.) Ivor Dean plays Templar's most frequent Scotland Yard foil, Inspector Teal, who is either clever or bumbling, depending on what the plot requires.

In addition to giving us 100 or so hours of Roger Moore acting all rakish and charming, this show also offers us the rare opportunity to see Moore's work as a director. He also directed a couple of episodes of his next show, The Persuaders, and then seems to have given it up. It's a shame, because Moore is awfully assured behind the camera, cleverly staging both simple dramatic moments and complicated action setpieces. "The Miracle Tea Party," in which Simon breaks a spy ring that uses a tea company as a front, and "Escape Route," in which Simon escapes from prison with the help of Donald Sutherland, are two particularly strong directing efforts from our star.

Two other standout stories both come from the sixth season and were produced with the intention of creating feature-length adventures that could either be screened theatrically or shown on TV as two-parters (the theatrical edits are included here). The first, The Fiction-Makers, has Simon posing as a beloved espionage author who gets kidnapped by a madman who wants Simon to use his authorial know-how to mastermind a break-in on an impregnable vault. The real author (make that authoress, played by the lively and lovely Sylvia Sims) tags along as Simon's "secretary." The second, Vendetta for the Saint, has our hero in Italy, looking into a murder case, only to find himself up against a wall of silence and the Sicilian mafia. Both of these stories come from a collaboration of two of show's best writers, John Kruse and Harry W. Junkin.

As with any show that lasted as long as The Saint, there are stronger episodes and weaker ones. But overall, the series is consistently clever and exciting throughout. Whenever Moore addresses the audience -- either by breaking the fourth wall in the black-and-white shows or through the voice-over narration of the later color episodes -- it feels like we're being welcomed back to share a rousing good time with an old friend. Well, not-so-old at this point... 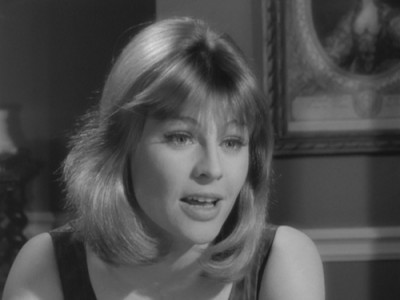 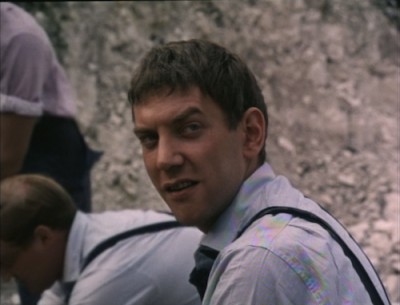 The DVD
The Saint: The Complete Series is presented on 33 DVDs in total. Within the box, the discs are broken into 4 separate sets for seasons 1 & 2, 3 & 4, 5, and 6. Presumably, Timeless will make these separate smaller sets available at some future date.

The Video:
Overall, these standard 1.33:1 presentations of the episodes look good, although they are subject to numerous variables. The Season 1 & 2 set has strong detail and nuanced contrast, but frequently shows subtle signs of aliasing. The Season 3 & 4 set is probably the best overall, as it has the same strong detail and contrast, but it appears to have been authored differently, since I didn't detect any aliasing issues. The switch to color brings its own issues, as the DVDs nicely reproduce the colorful look of these last two seasons, but detail seems to go right out the window. I have not seen prior Saint DVD sets, so I don't know how it compares, but I expect this presentation hovers in the same general area, since it is neither terrible nor wonderful.

The Audio:
Oddly, the audio and video quality is inverted. While the black-and-white episodes generally look the best, the Dolby 2.0 mono audio that accompanies these shows is the most problematic. The dialogue is generally understandable, but there is quite often distortion on either the high or low end (it varies from episode to episode). It's the kind of thing that you can get used to after a few shows, but is certainly not at all preferable. The soft-looking color episodes, on the other hand, sounded distortion-free (at least those episodes that I sampled).

- These commentaries were recorded for a 2004 DVD release of the show. The commentators change from show to show, but they generally include Roger Moore, a few producers, and/or a guest star. Frequent director Roy Ward Baker comments on the episode "Luella," one of many shows named after the central female character. In general, these commentaries are a mix of charming chat, good information, and awkward pauses. Moderator Jaz Wiseman does his best to keep things going, with questions and trivia, but there's only so much to do when his trackmates are not feeling particularly loquacious. Sidenote: From the details I've read online, I suspect the commentary on the feature-length Vendetta for the Saint is the same one used on MPI's stand-alone DVD from 2004, but I haven't seen that disc, so I cannot be 100% sure.

Final Thoughts:
There are undeniable similarities between Simon Templar and James Bond, especially in the way that Roger Moore plays them both. But this is far from a drawback. In fact, fans of Moore's cheeky approach to Bond will be tickled by these fast-paced and clever adventures. Highly Recommended. 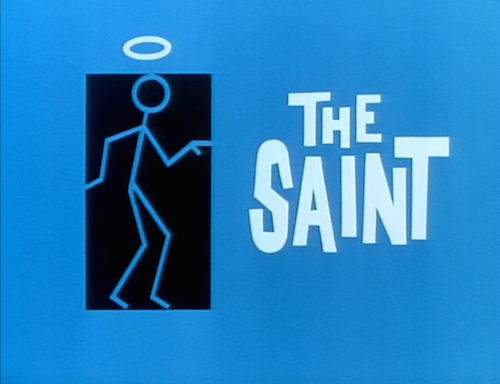