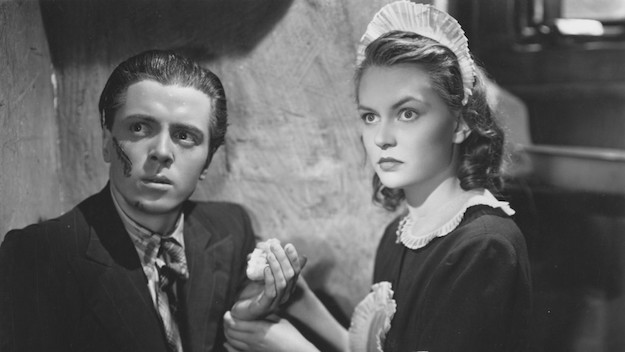 NOTE: The images accompanying this review are promo stills that do not reflect the quality of the Blu-ray under review.

Brighton Rock, from 1948, is a striking psychological thriller and British film noir. Based on Graham Greene's novel of the same name, the script by Greene and playwright Terence Rattigan (Separate Tables) tracks the aftermath of an underworld killing in contested gang territory in Brighton. (With Brighton a popular seaside tourist spot, the film is careful to place its events a decade prior, so as not to scare off visitors.) Produced and directed by Roy and John Boulting (better known for their '50s/'60s comedy work, including some early Peter Sellers films, like I'm All Right, Jack and Heavens Above!), Brighton Rock is taut, tense, and violent.

The Boulting brothers' approach is undeniably stylish, but the film should linger in viewers' minds mostly because of the staggering performances, especially Richard Attenborough as the anti-hero Pinkie Brown. As Attenborough embodies him, Pinkie is not just a soulless gangster (at the ripe old age of 17), he's a calculating psychopath whose primary objective is saving his own skin. In the opening section of the film, Pinkie and his gang trail an unfortunate reporter who had the dumb luck to print the info that got their old gang leader offed by a rival. It becomes a cat-and-mouse chase that stretches on for nearly 15 minutes, as assured in its audience manipulation as the best Hitchcock setpiece. When Pinkie does the deed we assuredly know he will do, his features take a solitary break from their typical cold indifference and Pinkie smiles, genuinely pleased.

The rest of the film consists of the things that Pinkie will do to keep the reporter's killing under wraps. He has the gang plant fake evidence to provide him with an alibi, but one of them screws up and gets seen by a waitress. Pinkie tracks down the waitress, a naive kid named Rose (Carol Marsh, in a heartbreakingly open performance), and decides it might be more advantageous to court her than to try to dispose of her. Meanwhile, Ida (Hermione Baddeley), a local performer and self-proclaimed psychic, keeps sticking her nose into what happened that day because the police won't.

William Hartnell, best known as the first Doctor Who, Nigel Stock, and Wylie Watson are the other members of Pinkie's gang, who each must decide if they will remain loyal as their young boss gets more and more desperate. Charles Goldner is the gang's chief rival, who approaches his business with corporate efficiency.

The milieu is the stuff of gangster pulp, but the film's approach more resembles existential character study. While reportedly Greene's book utilizes a more distinctly Catholic lens through which to view the film's events, the tension between what's twisted criminality and what's just plain evil is still very much at the center of the film. Any flicker of humanity in Pinkie's character we might glimpse in Attenborough's eyes is fully snuffed out by the end.

And speaking of the end, author Greene was notably unhappy with the way the outcome of the film's final scene is changed from his book. He thought this rewrite turned something painful and tragic into something sentimental and pat. To this viewer, however, the altered ending is its own kind of tragedy: while Greene wrote a scene of disillusionment for Carol Marsh's Rose, the film leaves her clinging to those illusions and thwarting Pinkie's intentions one last time.*

*As a fan of Terry Gilliam's Brazil, I'm reminded of how the American edit of that film has an altered ending which is intended to be more "upbeat." And if you don't think about it, maybe it is. However, if you reflect even just a little bit, this version is maybe even more crushing than Gilliam's starker (and now canonical) intended ending. 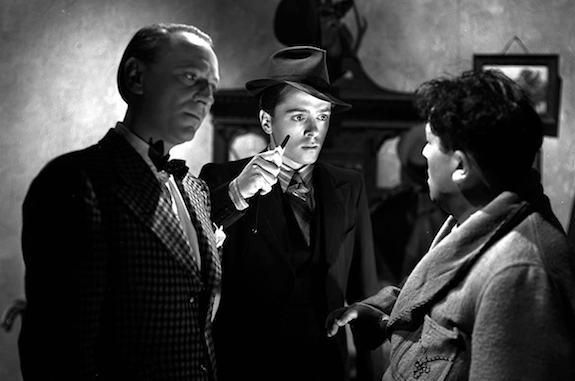 The Video:
Brighton Rock was released on Region B Blu-ray in 2011. According to DVD Beaver, this AVC-encoded 1080p 1.33:1 transfer is sourced from the same master, but with a higher average bitrate. For an "old" master, this presentation is solid overall. Generally crisp detail, with rich blacks and subtle contrast. Many instances of speckling, often at what would have been the start or finish of a reel, but typically clean and stable.

The Audio:
No major complaints about the DTS-HD MA 2.0 mono audio offering, although the film itself is dramatically quieter than the StudioCanal logo that precedes it, causing me to turn down the volume just in time to give it an extra boost. It could be more dynamic, but it gets the job done. An English subtitles option is provided.

- The Video Watchdog writer provides a thoroughly researched and perceptive read of the film.

Final Thoughts:
Richard Attenborough is iconic as a cunning young criminal who is pure evil in this classic British film noir. The newly recorded commentary by Tim Lucas is eye-opening in its exploration of the film. This release comes Highly Recommended. 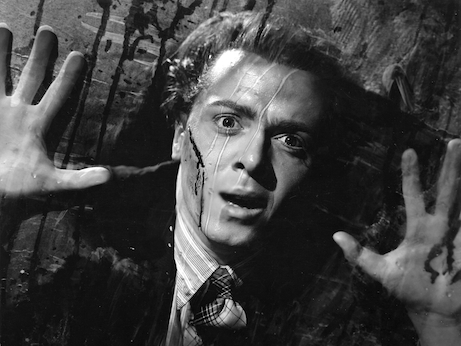